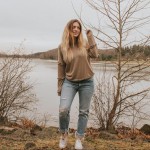 Crime on the Appalachian Trail

I get this question a lot, and the answer, quite frankly is an overwhelming NO! 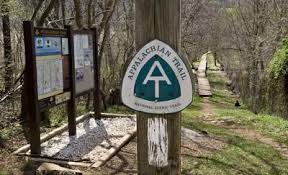 I know what most people envision, as far as safety, when I say “thru-hiking”. They imagine murder, foul play and kidnapping. In all honesty, there have been instances of murder and foul play on the trail.

There are also many other hazards and dangers of thru-hiking: rattlesnakes, dehydration, hypothermia, fractures, strains, to name a few.

My family and friends aren’t so concerned with the natural hazards that I will be encountering as they are worried about the human kind. The deranged actions of a few bad seeds.

How Safe Am I Really Going To Be?

I’ve spent the last 5 months unsuccessfully trying to convince my family and friends that instance of crimes on the AT are low. It doesn’t seem to be enough to tell my family that I’ve done my research and the crime rates are low. So now it’s time I share the cold, hard, stats. 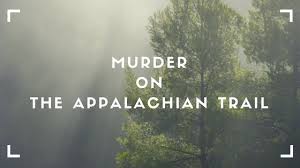 So after researching my heart out about murder on the AT, and scaring myself, I found some real numbers. There really is no NEW information on crime statistics, because there hasn’t been a murder on the trail in a long time.

According to my research (references included at end of post) there have been 11 people murdered on the AT since 1974. The most recent being in 2011, when Scott Lilly was found dead with evidence leading to foul play. A couple other notable murders are:

2008-Two fisherman were shot on the Appalachian Trail by Randall Lee Smith. Luckily the pair survived, but Smith was charged for attempted murder and murder of two hikers back in 1981 (mpora.com).

1996- Julie Williams and Lollie Winans were found both with their throats cut  in the Shenandoah National Park in the Virginia. Murderer, Darrell David Rice was indicted for the crime six years later, while serving time in prison for another attempted abduction (mpora.com).

Of those murdered, not all were thru hiking. A couple was murdered while engaging in intercourse on the trail, some were section hikers and others were fishing in the area.

I will never claim to be a mathmatician but according to my calculations 1/4th of a human has been murdered a year since 1974, or on average, every 4 years, one murder takes place. The number may seem high, but if you think about the instance of murder, even in your town, the AT is far safer than most other places!

“In other words, experience indicates a visitor to the A.T. has a one in 13 to 17 million chance of meeting a violent death. The risks are far higher for a fatal traffic accident en route to the Trail (Whiteblaze.net).”

So now that we know the likelihood of us getting murdered is pretty slim, this doesn’t mean that there are not other crimes on the AT.

There is about one assault a year and one rape every three years, on average, according to conservancy figures (outdoors.com).

Assaults are rare. It has been a few years since a sexual assault has even been reported, although we are certainly aware that this is a crime that is underreported. On exception is the Trail Days festival In Damascus (reddit.com).

Another article that I scoured stated, that 50% of solo hikers did experience something that left them feeling unsafe.

Of these encounters, not all took place on the trail. It was a combination of trail, towns and hitchhiking (distancehiking.com).

This means, that with my math brain, 25% of thru-hikers reported meeting a strange person while on the trail.

I think it is safe to say that as far as human interactions, the rate of crime and danger and meeting a murderer are fairly low.

That doesn’t mean that there isn’t danger out there. As I’ve stated above mother nature is the one to fear when it comes to safety. I won’t dive into general trail safety, but I will share some articles on staying safe so you can go to sleep peacefully tonight…

All you have to do is stay vigilant, do your research and HAVE FUN!

STAY SAFE OUT THERE and SEE YOU ON THE TRAIL. You’ve got this! 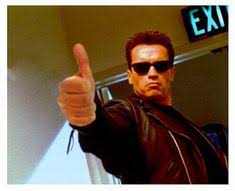 My name is Julia. I an outdoorsy girl who loves animals, photography and sleeping. Why does this feel oddly like a dating profile?