Crossing into New Jersey – I Finished My First State!

I hobbled into Wind Gap, PA, to hit the post office, sit at a restaurant and charge my phone for a while, then put in the last nine miles of the day before it got dark.  My resupply box was massive, as they tend to be, and as I was sitting on the sidewalk in front of the post office trying to manage it, two ladies took an interest in me and were asking all the same questions people always ask with wonder in their eyes and I politely sustained the same dull conversation for the bazillionth time.  The younger of the two, Belle, offered to drive me farther into town to buy me a pizza.

She was a sweet girl, 18, just graduated from high school, and really wouldn’t accept it when I tried to buy the pizza and share it with her.  She paid for it, then sat with me and chatted easily while I tried to eat as much of the huge pizza I could to avoid carrying out too many leftovers.  Four giant pieces remained, and she refused to take them, so as I trudged up the hill out of town (it’s always uphill out of town, it seems) I was totally weighed down with a full resupply along with half a pizza.

After a few hours, I sat on a good sitting rock to take off my socks and shoes and massage my aching feet and take the weight off my bones for a few minutes.  After a while I heard what sounded like yelling at first coming my direction along the trail. Soon I realized it wasn’t yelling, it was singing; a guy singing The Boys Are Back In Town at full capacity.  I smiled and waved when he saw me and tried to send out the vibe that singing is all good with me, and he was unjudged and accepted here.

He took out his earbuds and smiled when he noticed me.  “Hey.”

“Do you want a piece of pizza?”

He took off his pack and leaned up against a tree while he ate and chatted with me.  His name was Mocha Joe, from Connecticut.  We had a good conversation, then stood up to leave right around the same time.  I scooted to the side to let him go ahead of me, and expected to maybe run into him much later at the shelter.  He did go in front of me, but turned to make sure I was ready and continued chatting with me as we walked.

We walked and talked for an hour or so before he stopped to filter water, and I continued on.  He caught up to me just a few minutes later and informed me with super alive eyes that just a minute after I walked away, two black bears walked up on him and were not alarmed or spooked by him at all.  He backed away from them slowly until he felt he could turn his back and catch up to me.  We gratefully stuck together the rest of the way to the shelter, and wound up being the only two there that night.

The next morning, we continued talking easily, him leaning up against the wall of the shelter chilling out while I took my time doing all the things I do in the mornings.  We had different plans for the day, and it didn’t feel like he was waiting for me.  He was going to walk the six miles into Delaware Water Gap and take a day off in the church basement hostel, and I was going to stop to get ice cream then head on for the day.

Once again we were up and putting our packs on at the same time and we continued walking and talking.  By the time we got to the ice cream place, we had developed our own friendly banter.  It had rained on us coming into town, so I was getting extra cozy sitting inside the ice cream place getting my tummy full of tomato soup and an açaí bowl.  Finally I admitted, “I’m staying,” and we laughed, both happy to continue hanging out with someone who was easy to hang out with. 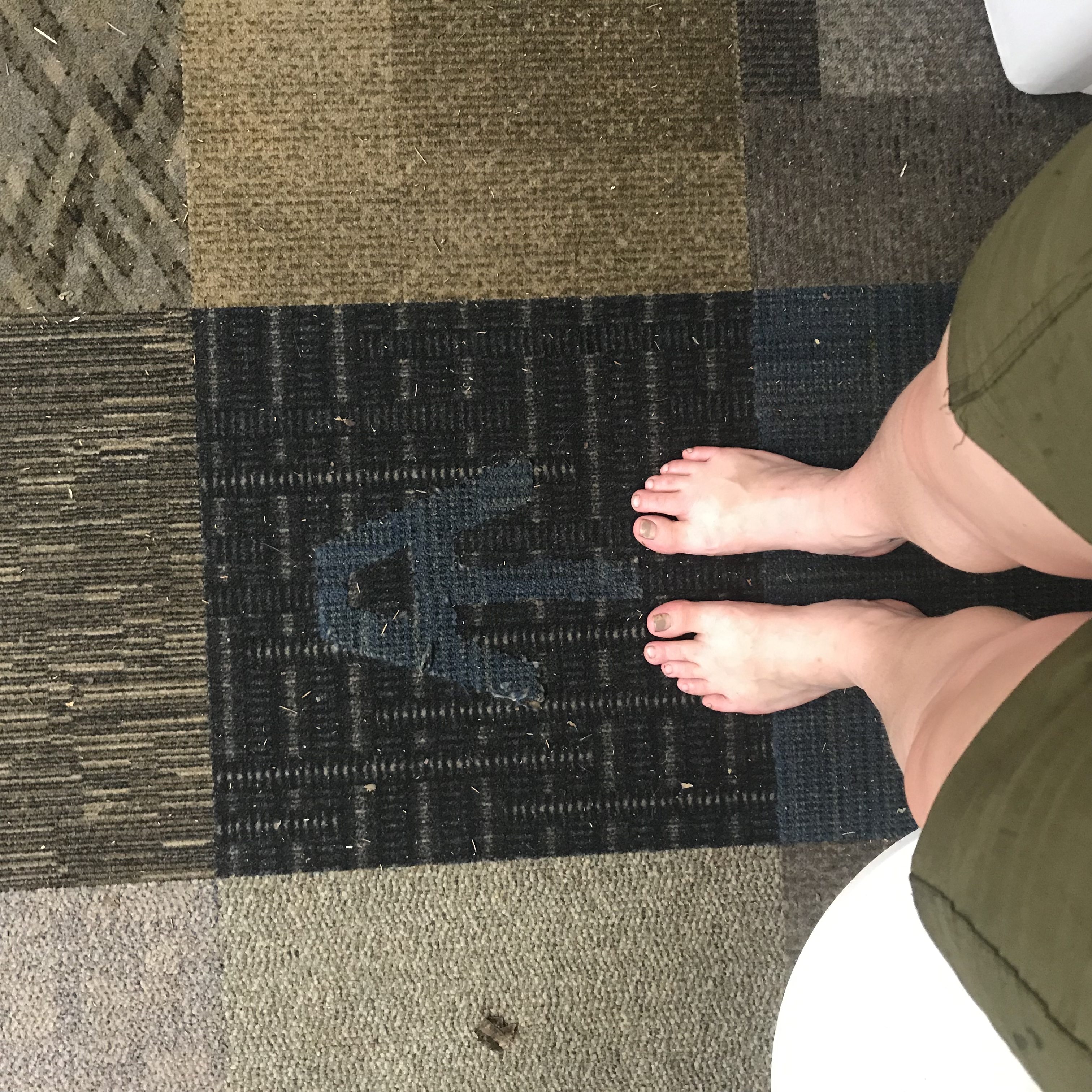 The floor at the Delaware Water Gap Church Hostel.

One of his friends, Apollo, was also staying at the hostel, and the three of us easily became a small unit while it lasted.  The next morning after breakfast, we all walked out of town together and walked along the busy bridge that would lead us from Pennsylvania into New Jersey.  We whooped and clacked our poles together and cheered at the traffic blowing past us, a general feeling of excitement about crossing out of rocky Pennsylvania.  I crossed my first state line with friends. 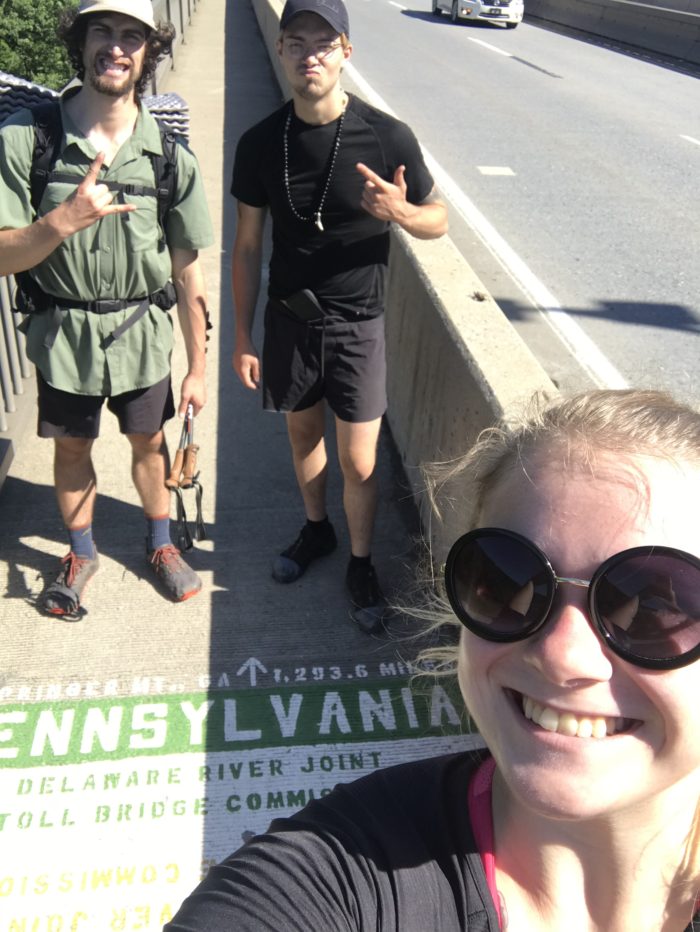