DANDELION: It’s not just a trail name, it’s an attitude!

Hi!  Yep, I’m one of those starting out the trail with a trail name. Nope, I haven’t completed a long distance thru hike before. No, I didn’t name myself.

See, what had happened was…

I’m a goal oriented type person. I’ve always been an active person, but most definitely not a first string athlete. My personal claim to fame was lettering in track and field in high school, while never having to run a mile. I was one of those pesky shot put & discus gals, and the coach rarely looked at us when he told us to run. While that ‘achievement’ had always made me smile, as I approached my 30th birthday, I wondered if I actually could run that mile. So I set a goal to run a mile for my 30th birthday. With a little help from a trainer, I achieved that goal. The thrill of the challenge almost surpassed the feeling of accomplishment, and I was hooked. The next birthday goal was 5 miles. Then I joined a local cross country team. Then a half marathon. And another. And another, with a 10k added in, just for fun. Always pushing the goal posts a little further. Running still hurt, and I certainly dreaded training season when it came around, but running had become a challenge that I could easily accomplish.

And that’s when I became careless.

In 2012, I had decided to skip my yearly half marathon, in favor of an obstacle race, when my brother asked me to run with him. How could I say no? So I started double training. It was a challenge, and I loved it.

And then I got injured.

Out on a 9 mile training run one day, I was tackling a beastly hill, when suddenly there was a large pop and excruciating pain in my hip- I had torn my hip flexor. I hobbled the rest of the way home. Sibling rivalry overrode common sense, so I didn’t make a big deal of it. Stupid, I know. Less than a month later, I ran my last half marathon. It was dismal, to say the least. I’ve managed a couple 5ks since then, and I haven’t closed the door entirely on another half marathon, but it will definitely be a long road back.

So how could I, a challenge junkie, push myself if I couldn’t run?

We had moved to Albania the summer after my injury. The capital city of Tirana is amazing, and just the right size for exploring by foot. So I started walking, learning the city one step at a time. You know that one meme that has two points marked on opposite sides of a huge city map and says “we all have that one friend who says ‘oh you can walk there”? Yeah, that is totally me. I would walk 2 miles each way just for groceries because I liked the produce at a particular vendor. My husband and I would grab our kids and get outside the city occasionally and explore the wild beauty of the mountains with colorful local guides and breathtaking scenery. 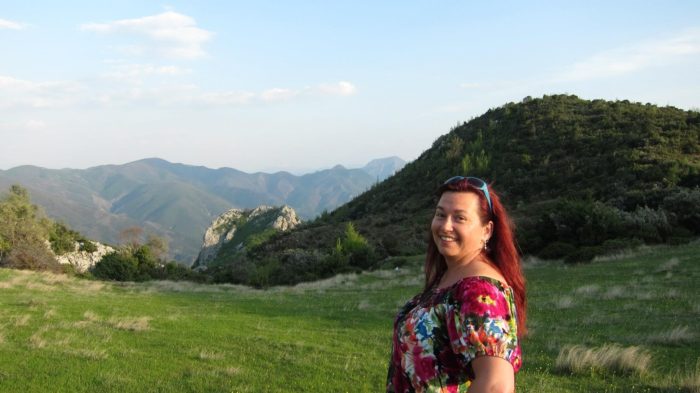 No picture will ever prepare you for Albania.

All of that exploring and adventures and mountains sparked something in me.

On my 40th birthday, in the middle of a fantastic birthday celebration in Tirana, I looked at my husband and said, ‘In 5 years, I’m going to hike some of the Appalachian Trail.’ Knowing me too well, he just smiled and said, ‘Of course you are.’ The new goal had been set, the new challenge had begun.

Five years later, I took my first steps on the trail. What was supposed to be a 300 mile ‘test hike’ became a 455 mile ‘mother of all shakedowns’ hike. 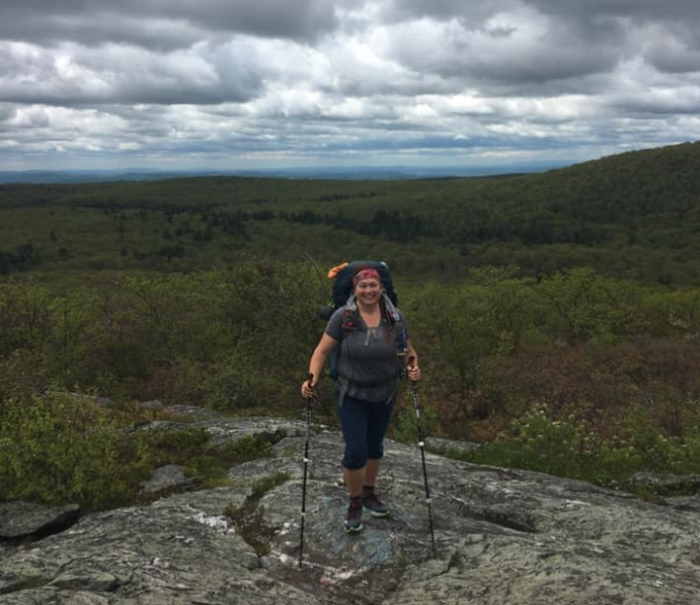 I set out with a rough destination in mind and a time frame in which to get there. I quickly realized that I underestimated my daily mileage. Rather than pull up short, I decided to see just how much further I could go. I’m built for endurance over speed, so it was never a matter of how fast I could go, unless I was racing to pick up a resupply. For me, the daily question became ‘How many hills will you climb over today?’ ‘What can your body do today?’ and my favorite, ‘How badly do you want it?’ It was this challenge junkie’s dream.

So why am I going back? Warning, colorful language ahead. 😊

Initially, my LASH (long ass section hike) was supposed to determine whether I wanted to attempt a thru hike, or if I was going to maybe section hike the trail, or just decide I accomplished my hiking goal and move on to something else. After a particularly stressful descent in CT, racing a storm that caught a couple of hikers behind me and slicked up the leaves enough to hand one of them a nasty fall, I called my husband. ‘Well, I guess I’m officially a section hiker,’ I had told him. ‘Oh? Why is that?’ His surprise clear in his question. ‘Because I have no desire to do that fucking section again!’ The trail had handed me a big slice of humble pie and I was not fond of the taste. I continued my journey, all the way to the VT/NH border, but that one incident stuck with me.

You know how they say moms have ‘delivery room amnesia’? The process of birth can be traumatic, but the memory gets fuzzy once you’re up to your neck in diapers and cute baby gurgles, and so you decide to do it all over again. I think hikers have a version of that as well.

2200 miles is considerably more than 455. And yes, I will be going over that section again. Because now the challenge isn’t whether or not I can do it. I’m already on top of Katahdin. Because chasing goals and tackling the hard stuff is who I am.

So how did I get my trail name?

Early on in my 2019 LASH, I had stopped at a shelter for the evening. I was brushing out my hair, going from sport mode (a braid) to sleep mode (a yoga bun). I have a ton of hair. A lion’s mane, you might say. And my brush fit in the palm of my hand. So naturally I had to clean that out, too. Someone commented that my hair resembled a dandelion puff, blowing on the wind. And poof! Trail name. And while it fit at the time, I definitely think I’ve grown into it.

After all, dandelions are stubborn and persistent!  Dandelions look at concrete and decide to thrive. They like a good challenge.