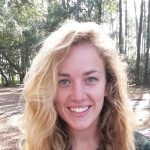 The trip up to Maine was more enjoyable than expected; I love road trips with my family, and this was no exception. I want to give huge shout-out to everyone for putting up with me on the ride up. I know I was a pain in the ass.

Maine is an absolutely gorgeous state. The coast was incredible. I never thought I’d enjoy cold, rocky beaches, but I was dead wrong! The weather on memorial day was perfectly warm and breezy, the water looked gorgeous, and the grass was perfectly green. The lobster was delicious, though I still prefer crawfish. Maybe a lobster boiled in crawfish seasoning?!? Someone get on that. After an enjoyable day on the coast, we drove in to Millinocket. The drive was beautiful, and the town is adorable. Definitely seasonal, and it hasn’t quite woken up yet, but I bet it’s a fun place when hiker season is in full swing.

Day 1
The first day was a day hike of the 9 or so miles from Katahdin Stream Campground to Abol Bridge. I was joined by my family, and we had a great time. The trail was absolutely gorgeous and had easy terrain. The bugs were annoying when we stopped, but left us alone as we walked. The most uncomfortable part of the day occurred during the ‘stream’ crossings. What Maine considers streams and what Mississippi considers streams are very different entities. A stream in Mississippi is slow moving, shallow, and MAYBE 5 feet wide. Streams in Maine, at least in May, are quick moving, filled with large slippery boulders, and wide. Maybe it was the snow melt that made the streams this way, I don’t know. I managed to slip during the first ‘stream’ crossing, completely soaking myself. Thankfully I love water and found it enjoyable (except for the wet socks and shoes).

Day 2
The Hunt Trail up Katahdin is absolutely incredible and not what I was expecting. I’m not sure what, exactly, I was expecting, but I know it did not involve nearly as much climbing. The trail was beautiful all the way to the treeline. Then, it was insane and gorgeous. The views and scrambling were intense, and both seemed to go on forever. I reached the tablelands and saw that the peak was still just barely in cloud cover. I was unable to get the view from the iconic sign that I was hoping for, but it doesn’t matter because of the views on the way up. The sign was all I needed to see. I’m so jealous of the NOBO’s who get to end their adventure with such an awesome hike. Enjoy it folks, it’s amazing.

Day 3
The start of the 100 mile wilderness! It’s an interesting feeling to purposefully leave your loved ones on the road as you walk into the woods, especially the woods in Maine. The moss covered stones and ground and the large, dark trees are both gorgeous and ominous. Also, Maine in May is a giant swamp. Within 10 minutes, Solomon had sunk into muck up to his chest (he quickly learned to use the bog bridges and giant stones). We hiked until Hurd Brook lean-to where we took a break to avoid storms. Solomon ran around in the brook, thankfully cleaning himself off. Once the storms stopped, we started hiking again. As we were crossing the brook, my foot slipped on a rock and I fell (I’m noticing a pattern…). As I fell, a lovely pop came from my knee. After a few minutes of pain and stretching though, it felt much better.

We hiked on, and soon came to the Rainbow Ledges. I wanted to stop and take pictures on Rainbow Ledge, but the bugs were so. unbelievably.awful. I wish I could explain just how bad the bugs were…they’re almost cartoonish. If we stopped moving for more than 5 or 10 seconds, they swarmed, trying to crawl under bug nets, into your mouth, eyes, ears, any place they could get. So we hiked on until we set up camp at the Rainbow Lake campsite. It was a perfect site, and Rainbow Lake is absolutely gorgeous. Crystal clear, cold water, and pristine forest surrounding it. Unfortunately, the damn bugs were even worse near the water. We set up camp ASAP and jumped into the hammock for the night.

Day 4
Waking up, my knee was incredibly sore. It stretched out a little as we packed up camp and hit the trail again though, so I thought nothing of it. We hiked through the Rainbow Lake Deadwaters, which were as awful as they sound. Again, the black flies were hell on Earth. The 3 miles to Rainbow Stream Lean-to were mucky, wet, and buggy, but still gorgeous. After a short break at the lean-to for Solomon to run around and me to filter some water (I forgot to that morning in the rush to escape the bugs), we headed on.

Originally the goal for the day was to make it to Wadleigh Stream lean-to. After the short break, however, my knee pain came back. Each step I took was accompanied by excruciating pain and bizarre noises(apparently I feel the need to sound like a dying moose when I’m in pain). It took me almost 3.5 hours to hike the flat and easy 2.5 miles from Rainbow Stream to Pollwog stream bridge. I sat for about an hour on the trail, trying to decide whether I should push on, rest on the trail, or get off for a few days and rest. I decided to try and get off, both for my knee and for Solomons sake (turns out he is allergic to black flies, poor boy). I was able to hitch a ride to a nearby fishing camp, where the owners helped me contact the AT Lodge in Millinocket. After about 30 minutes of phone calls and VERY lucky timing and location, I was picked up by Ole Man and Chief from AT Lodge and driven back to town. Though I was horribly embarrassed the entire time (I was their first ‘rescue’ of the season apparently. Oh joy…), they were both incredibly kind and easy to talk to. Both had great stories and advice for the trail, and I’m so thankful for all their help (If y’all ever read this, THANK YOU SO MUCH! You both rock!!).

NOW
I’m currently at Katahdin Cabins, trying to decide how to tackle my hike. At this point, I don’t think it would be a good idea to continue on in the 100 miles. I’ve been informed this is a monumentally bad year for black flies, and based on Solomon’s reaction to them (lovely red welts and obsessive licking, to the point of hair loss), I don’t think he could handle the rest of the 100 miles. I know that the bugs will be bad in most of New England, but perhaps they’ll be easier to handle if we can make trips into town for permethrin and benadryl.

As far as my knee goes, it seems to just be an overuse issue. By skipping the 100 mile wilderness for now, I’ll be able to carry less food, thus lightening my pack weight. I’ll also be able to make it into town more easily if it does turn out to be a serious issue.

Skipping the 100 mile wilderness feels a bit like cheating. It’s a hard decision to make, but I feel like it is the right decision. It isn’t going anywhere, and I will be able to make it back up later in the season. For mine and Solomon’s comfort and health, continuing South from Monson seems to be the best option.

I'm Kaili, pronounced kay-lee for those who were wondering. Outdoor enthusiast, Disney freak, marching band geek, and avid reader. I am currently an Anthropology undergraduate at Mississippi State University, but will be graduating soon to take on the big wide world! Life after college terrifies me, so hopefully I'll be staying in for just a few more years to get that PhD. Before that though, I need some time for soul-searching. Life is getting me down, and I am yearning for the quintessential human experience. Enter, thru hiking. What is more human than wandering the earth by foot? Nothing, I tell you! June 2015 will see me begin my SOBO thru-hike journey at Katahdin!! Life altering experience, here I come!