I have written and erased this blog post at least a dozen times since I quit the trail in early July. For one thing, it doesn’t feel warm and fuzzy to type the word “quitter”. For another, it’s a tough pill to swallow knowing you let down hundreds of friends and followers who were rooting you on.

Quitting is something that is foreign to me. I have to be honest, I never thought I was going to be a statistic. Not once. I read Zach’s book. I survived 23 years in the military. I have been backpacking seriously for the past 2 decades. I was a sure bet in Vegas. I was the modern day 1980 Russian hockey team in the Olympics. Know what I mean, Verne?

Before I got on the trail, I made promises to myself. Promises that were based on the advice of hundreds of accomplished thru hikers as well as my own experiences backpacking.

By the second day on the trail, I might as well have forgotten every promise I ever made. When I go back to finish the trail, and believe me, I am going back very soon, here are the mistakes I won’t make again. 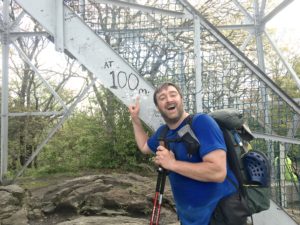 There are two pieces of sage advice you are going to hear over and over that are universally accepted. Hike your own hike (HYOH) and slowing down. Please, for the love of all things fluffy and bright, slow yo ass down the first couple of weeks. No seriously. I mean it. Slow down.

By the time I hobbled into Franklin, NC on day 8, I had three 16 mile days and one 22 mile day done. To be honest, the 16 mile days were fine. I was in pretty decent shape heading into my hike and my nutrition and recovery were on point. It was the 22 mile day that felt like a death march, and because I was walking into the evening, led to my twisted ankle in the dark (which would change everything about my hike).

My tip to you: use the miles from Springer to Fontana Dam (The Smokies) as a break in period. I pinky swear, going slow for the first 3 weeks will allow your body to adjust to the daily hiking and enable you to enjoy the many views along the trail. There were times I didn’t stop at the listed overlook because I was becoming a slave to the miles. I beg of you, please don’t be like me. Enjoy the view. Keep your mileage under 12 miles a day until the Smokies. Take rest breaks often. 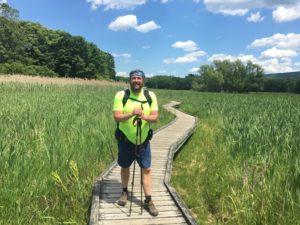 2. Beware of the Pack Mentality

So…you find yourself among a group of hikers that have the same interests as you. You have the same pace. You seem to gel well. That’s awesome! It’s pretty cool to have a group like that. There will come a time where the “leader” of the group will want to hike more miles. Or stop at a place that you don’t want to. What do you do? Well, don’t do what I did. Do what YOU want to do.

As we woke up on a rainy morning at Muskrat Creek shelter, the idea was proposed to hike 22 miles to Long Branch shelter. This would put us up and over Albert Mountain (the 100 mile mark) and set us up for an easy 7 mile hike into Franklin, NC the following morning. The reasoning was solid but…22 miles. Ugh! Eleven hours of hiking did not sound fun to me.

I really enjoyed hiking in the group so I didn’t object. What I really should’ve done was tell the group I’d hike until I wanted to stop and I’d catch up with them in Franklin.

What I’ll do differently next time: stop at Carter Gap shelter. The following day summit Albert Mountain at lunchtime and enjoy a long break and the view. Then continue the mostly downhill descent to Rock Gap shelter, overnight there and have an easy 4 mile hike to Winding Stair Gap (Franklin). 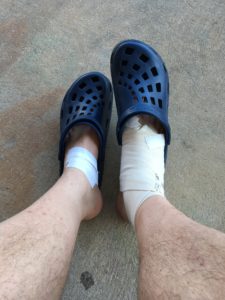 Take care of those feet!

The phrase you will hear over and over. Sometimes it’s used to validate poor behavior:

But at the deepest level, it’s about staying true to yourself. The trail ebbs and flows with people. At the end of the day, you’re the one who has to hike 2,189 miles. Do it on your terms and not someone else’s.

There’s nothing wrong with compromise but when that compromise creates a feeling of regret or remorse…it’s no longer compromise. I have replayed over and over the “what if” game. What if I stopped up short on that 22 mile day? Would I still have twisted my ankle? 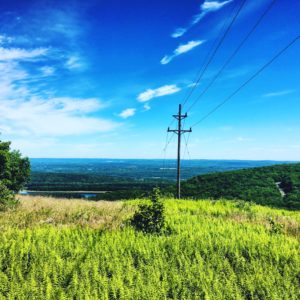 When I flipped up to Harper’s Ferry, the magic was gone. Interestingly, I met some amazing people, including a few that I was following on YouTube. But…I was no longer in awe of the trail, partly because I had hiked the mid-Atlantic states several times before and partly because doing a traditional NoBo was the only way I wanted to thru hike.

I thought that by flipping ahead it would cure me of my funk. To be honest, for 18 years, my envisioned hike was always northbound. Flipping up did nothing for me. I should’ve stayed the course and kept NoBo out of Franklin. I would’ve made up the 8 days spent in Franklin within the following 3 weeks. 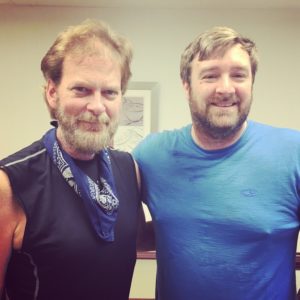 My gear. If there was one thing I patted myself on the back for was making good gear choices and keeping my pack weight down. Not once was I ever trudging up a mountain thinking about the weight on my back.

I did make two changes. 1) My pack. Due to a hipbelt malfunction in my first pack, I changed back to my ULA Circuit for the second half of my hike. The Circuit is an awesome thru hiking pack! 2) I went back to a canister stove. I loved my esbit cook system. It was light and easy but it felt like too much fuss. I really enjoyed the simplicity of screwing on the stove an firing it up. Plus, there were times I was cooking in my pot and valued the ability to simmer.

That’s it for now. Perhaps this was good therapy for me? I want to write more including my final gear list and how I approached nutrition. I feel like my body recovered well from good eating. 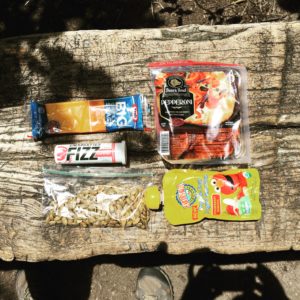 Lunchtime along the trail

Haunted by a failed thru hike attempt in 2016, I am back in 2017. My head is clear, the flame is reignited, and I am hungry for the trail.