Down But Not Out in Franklin

So things started off quite well (after the first night in the trail at least) and then took a rather spectacular turn for the worse.
It all started with the trail magic at Unicoi Gap. My spidy senses tingled a little after picking up my trekking poles which I had half hazardly discarded in some bushes. Later that day my hands were covered in a rash. Initially I had thought it was a reaction to too much hand sanitizer. Everyone thought this was plausible so I eased up and then we went to town for two nights, my hands looked much better. As we set out again on the trail and entered North Carolina we celebrated finishing our first state with a high five and noticed once again the rash was returning.
Our plan at that time was to push straight through to the NOC, skipping the cute town of Franklin, but plans really don’t mean anything on the trail we would discover. Three days after leaving the last town we came upon some more trail magic just before the big climb up Albert Mountain, it was at this point I realized there was something very wrong with my hands- nobodies looked like mine and the nice ladies feeding us looked a little worried. The thing is it just looked bad, the rash didn’t itch and wasn’t spreading but that night it looked really angry and then it started burning.
New plan, we hiked our way to Winding Stair Gap and hoped we’d be able to get a ride into town. That’s when Dan tweaked his knee and he tweaked it good. It started to lock up on him, now I was worried about him too!
As we popped out beside the highway a man picking up trash informed us we had just missed the shuttle. I stood there sadly waiting for Dan to hobble down, wondering if I’d have better luck hitching wearing gloves, when the man asked what was wrong with my hands. “I don’t know, I think I may need a doctor” to which he replied “yes you absolutely do”. This is how we met “in-tents”, he gave Dan a good scolding for not hiking with poles and then opened his trunk and gave Dan a pair! He then took us all over town in his car, helping us get a hotel, then to the health clinic, then the pharmacy and finally dropped us off at the Lazy Hiker Brewery so we could see some friends. “In-tents” was intense, but he was the trail angel we needed, so thank you trail gods.
As it stands I have contact dermatitis. Basically I’m allergic to whatever I put my poles in the week previously, those oils stayed on the poles and every FLIPPING day I touched them. Anyway the doctor knew as soon as he saw it and got me on some steroids. As for Dan’s knee, he didn’t feel it was serious but maybe a wake up call. We got him a brace and our friend Aaron we met showed him how to put it on properly (he’s a Physio therapist, isn’t that handy?). We rested 2 days before heading back into the woods, Franklin is a very nice and welcoming town.
This has all come as a very good lesson for us to remain flexible and just go with things, my hands are way better and after a 1 hour scrubbing, so are my poles. Dan’s knee is still sore but we are taking it slow and it improves each day. That’s the beauty of the trail, there is no schedule and it’s not a race, it’s just a really long way to Maine. 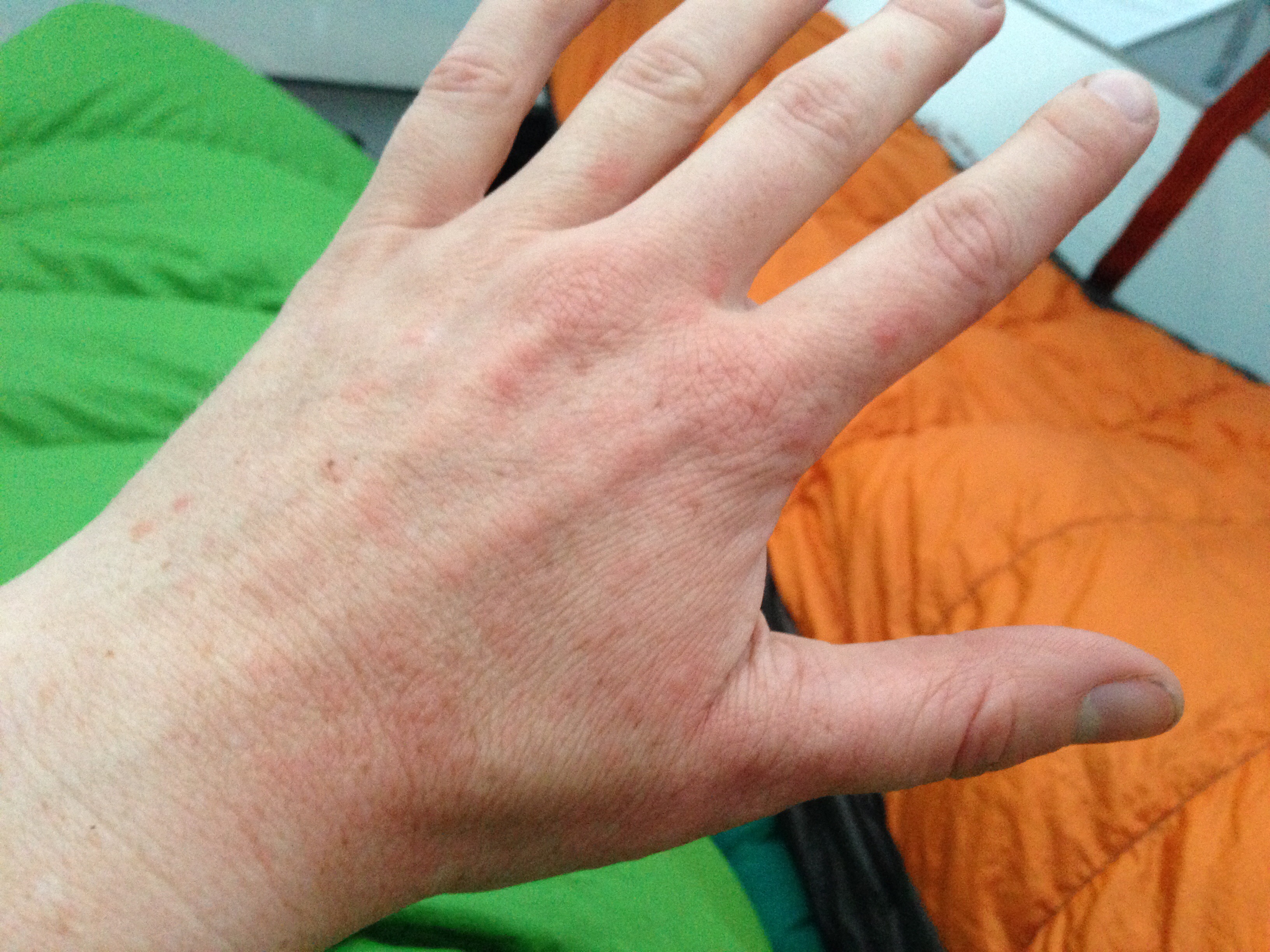 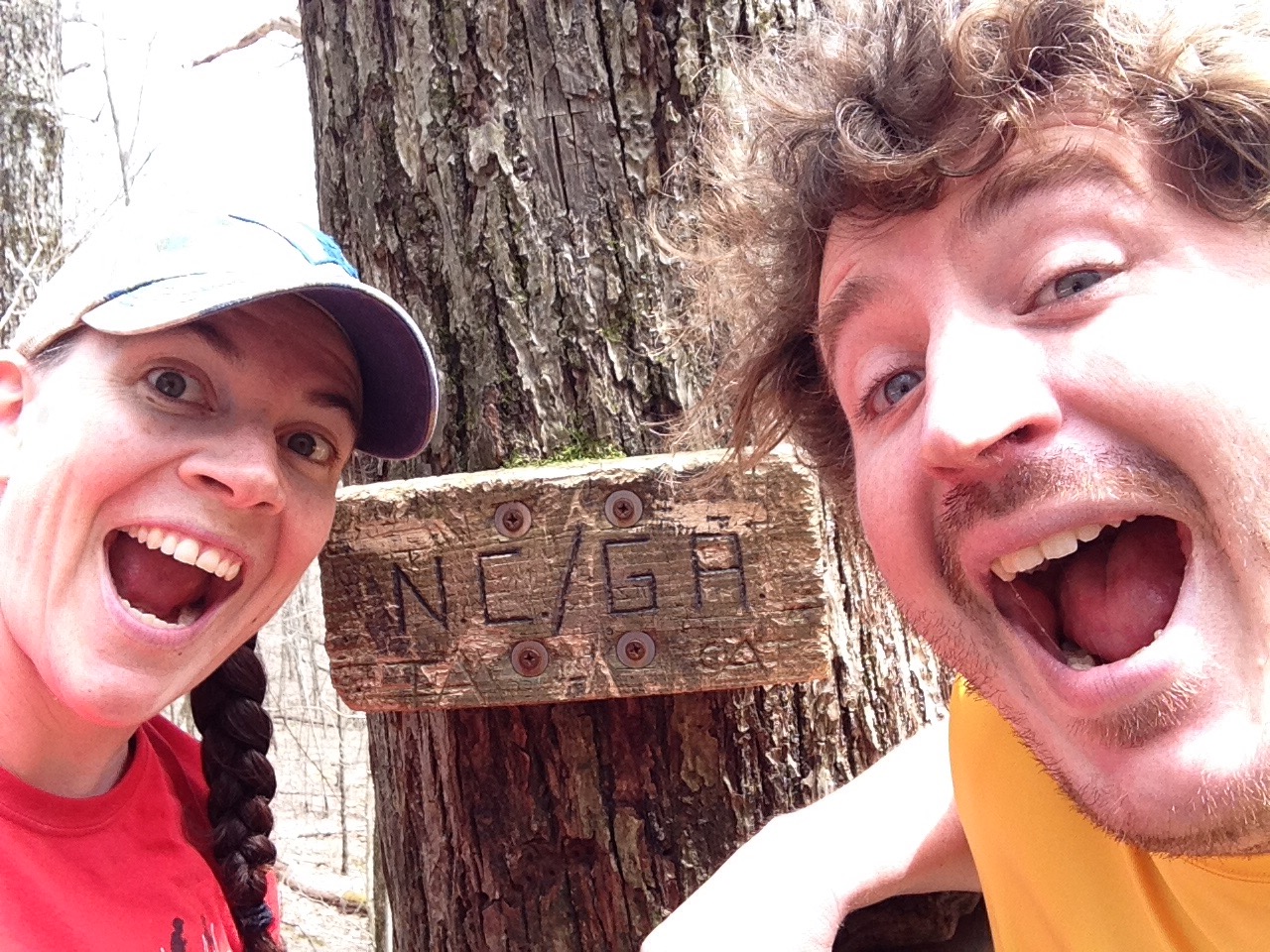 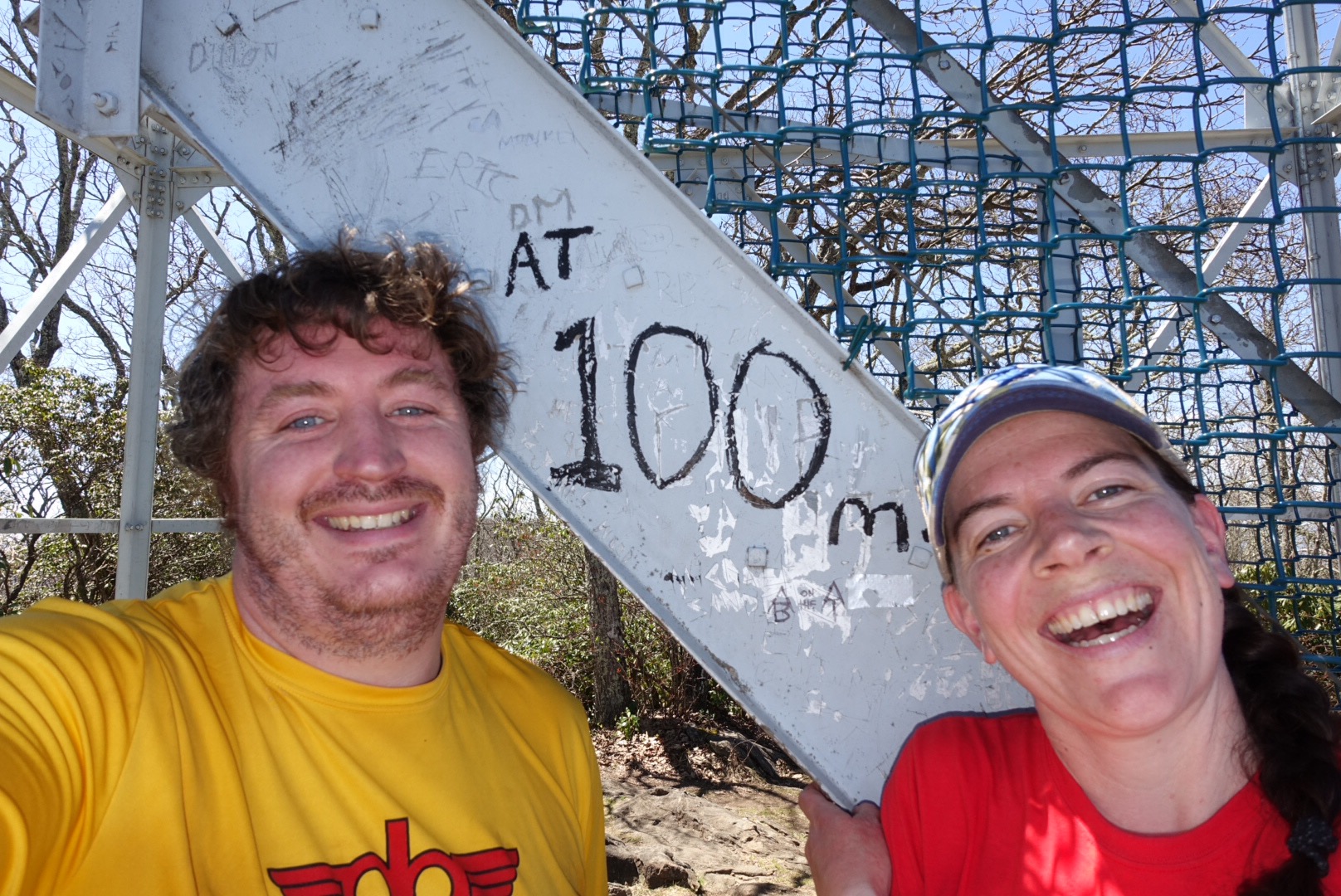 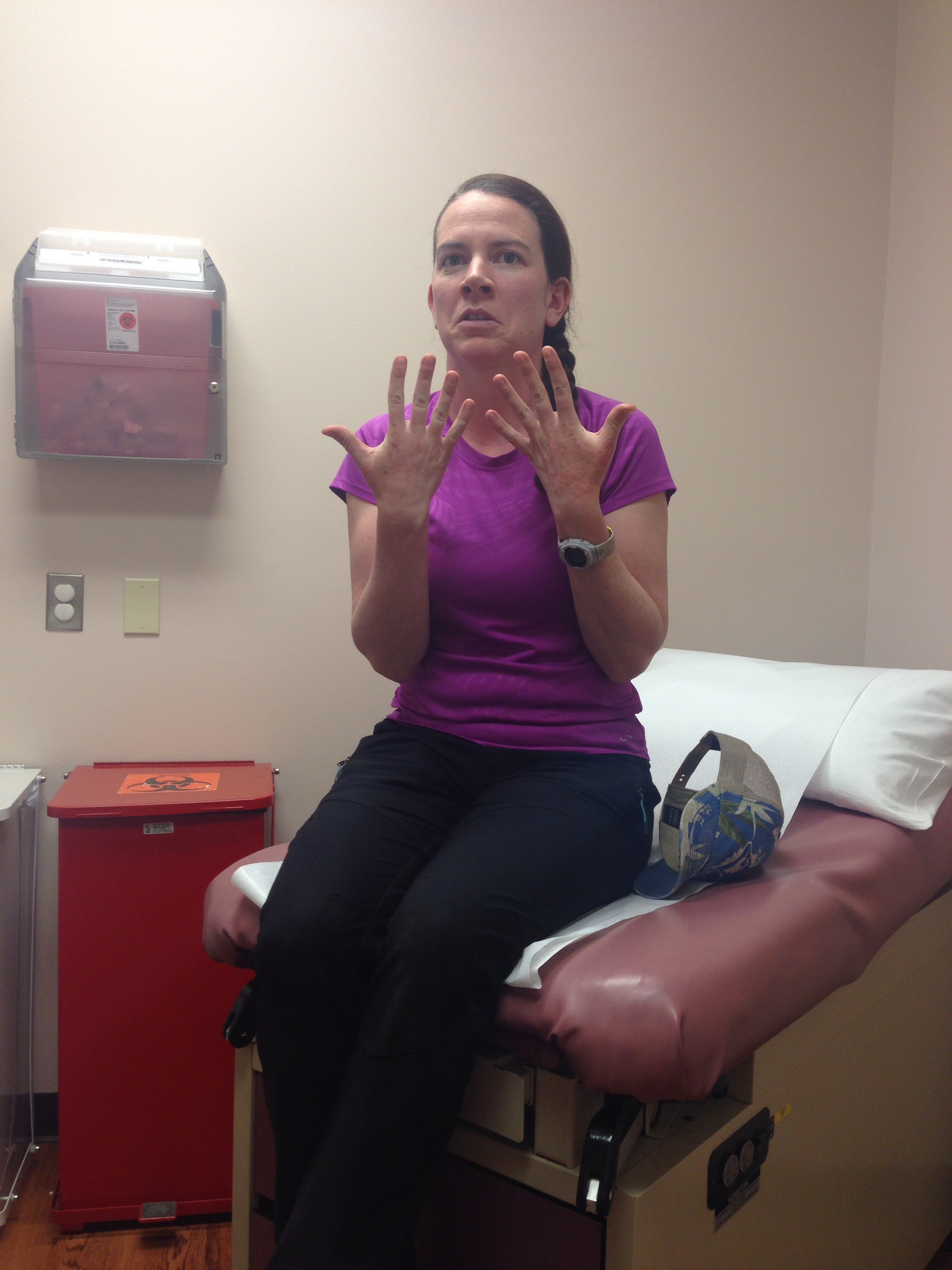 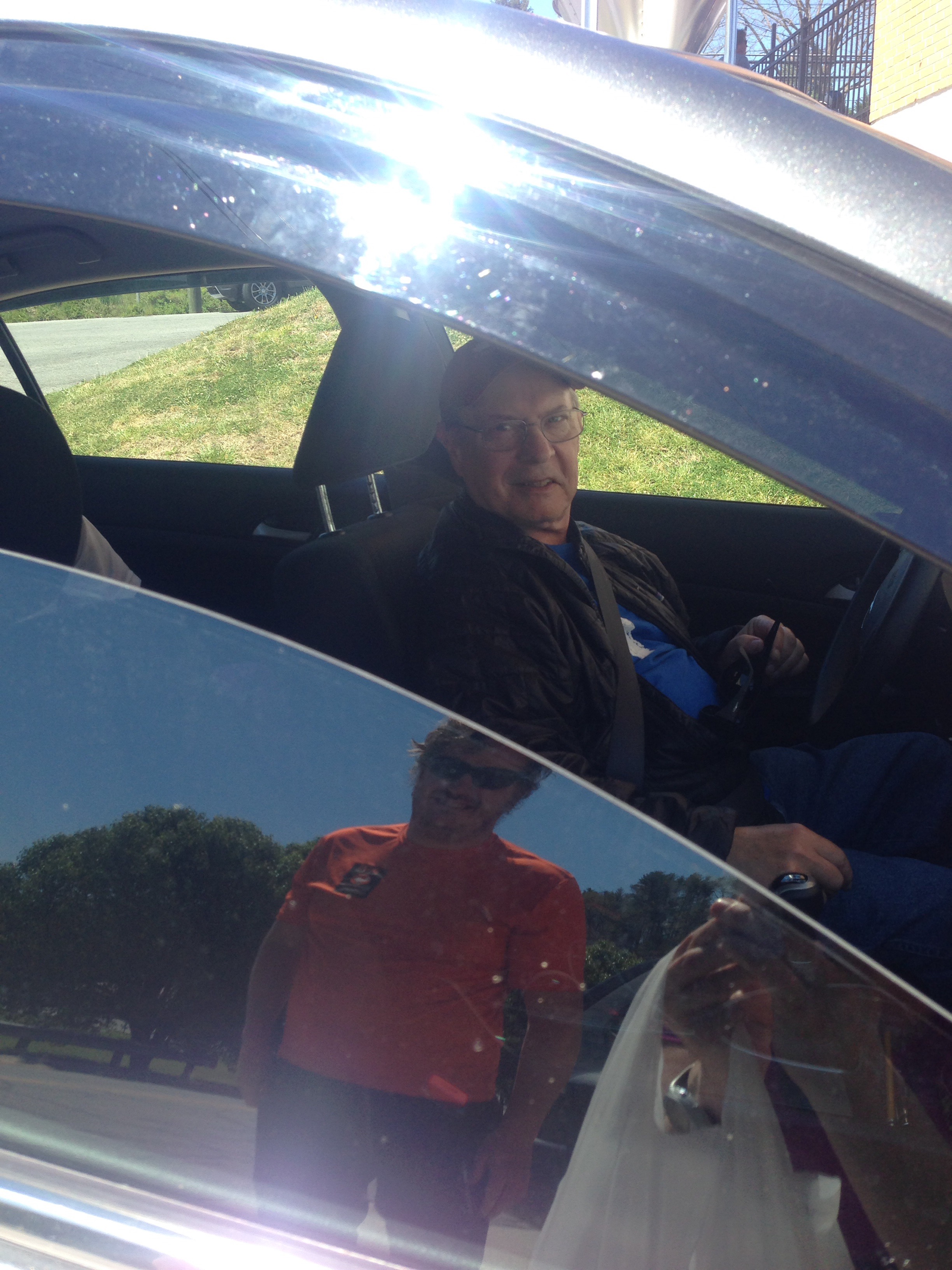 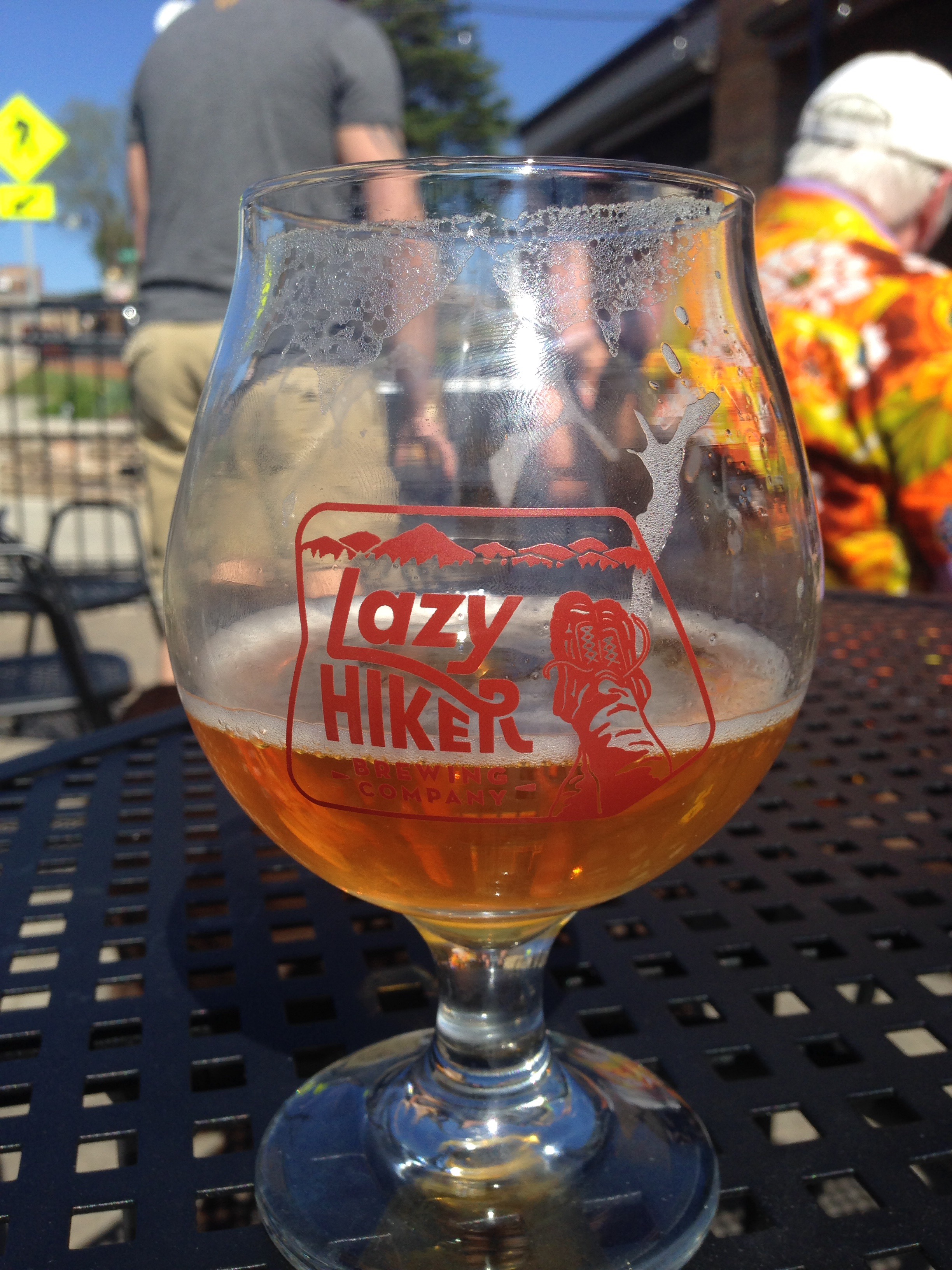