Down Pours Down South Pt. 2

We woke up at No Business Knob shelter with the intention of nero-ing at Uncle Johnny’s hostel in Erwin. When we got to Uncle Johnny’s we refueled with Gatorade and some random snacks. We realized we still had lots of energy to continue. So we did. The trail miraculously flattened out, or it felt like it did. We got up to Beauty Spot and my partner took a lunch there while I continued. We then climbed Unaka mountain and was amazed at the trees at the top.  We had now a gradual descent on the trail. I’m not quite sure how we did it but we ended up hiking until 9:00. At that point we had had climbed almost 7500 feet in gain for the day and done 30 miles. We slept at Iron Mountain Campsite with another lady. 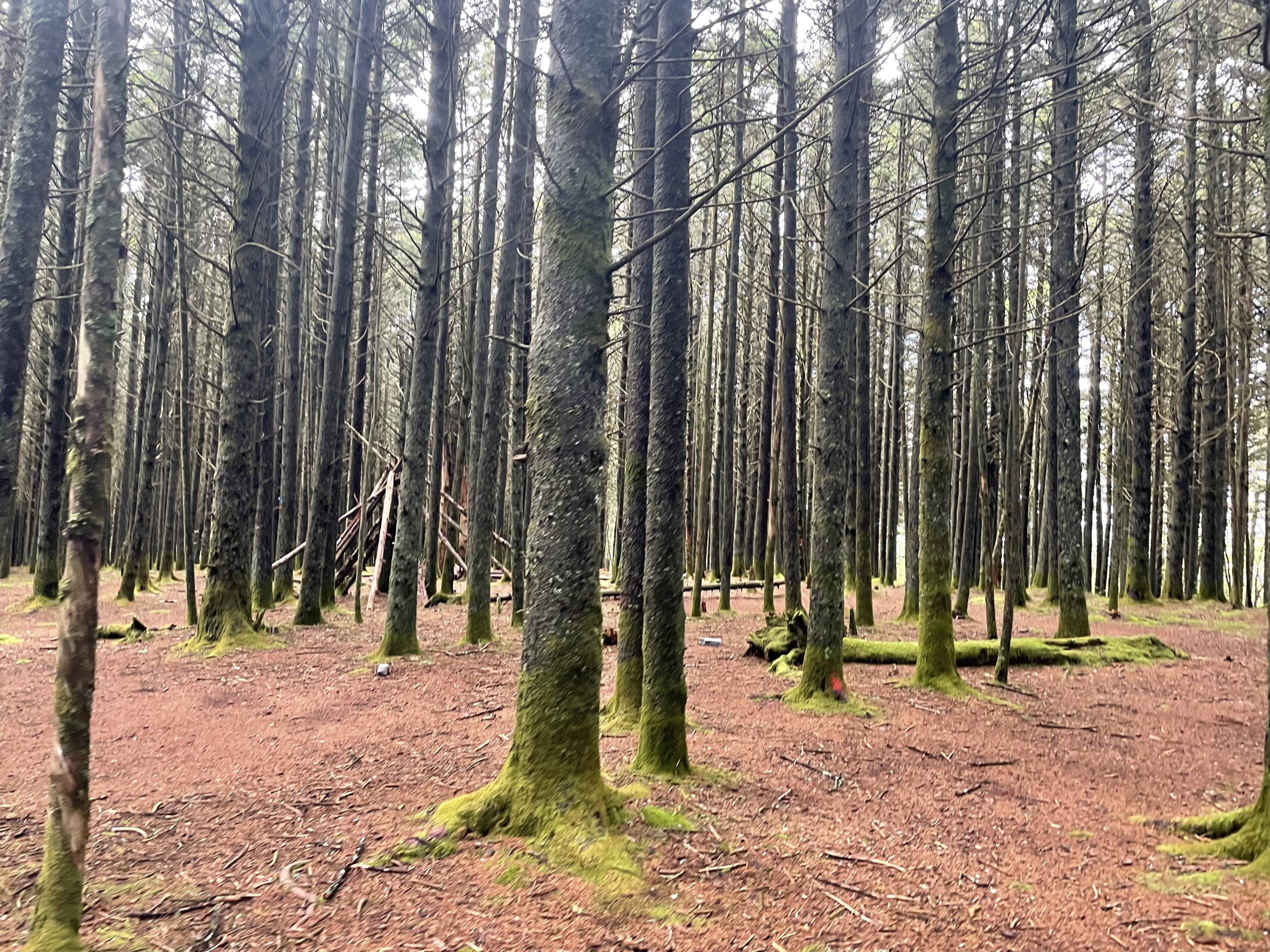 Trees on top of Unaka

My legs felt fresh in the morning, and I really wanted to get to the Roan Highlands that day. I hustled onto the trail until I got to the base of Roan Mountain. Farout makes these climbs extremely menacing but in reality they are often well graded. Also if I survived the Smokies everything else feels like chump change. I got up Roan Mountain in no time and was almost transported into this new tree tunnel. It felt as if everything had changed as I was approaching the highlands. I made it to the parking lot and to my disappointment the rain the last couple of days created a fog that was blinding every view. I traveled this far for the highlands to be completely invisible by fog. Regardless, I continued. I tried to picture the highlands without the fog and it was easy to see that if it was a clear sunny day that this would have been quite the sight. There was still a lot of elevation but the grade was nice so I traversed the highlands in no time. When I was climbing little hump mountain I ran into two fellow hikers trying to get through the fog and the wind like me. We finished to the climb together and descended the highlands as a group. We eventually got to the road and Backtracker and I decided to go to the 19E Station Hostel because Mountain Harbor B&B was fully booked up. This ended up being a great choice because the Station had a restaurant and bar. I ordered a Reuben sandwich with fries and it was some of the best pub food I’ve had. That or I was hungry. The station was everything I wanted in a hostel. Clean living and sleeping area and good food. After a long day I slept like a baby. 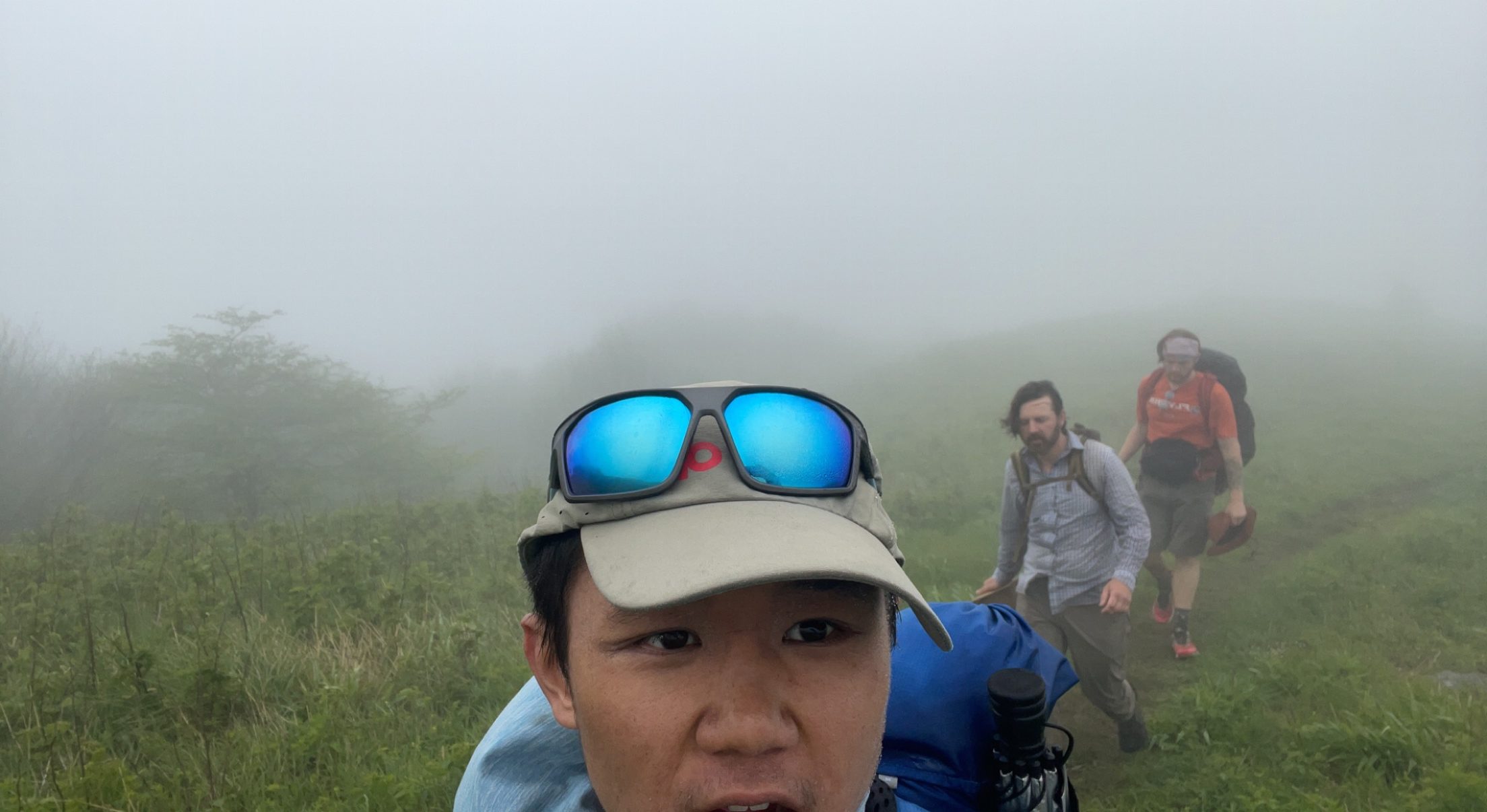 When I found Backtracker he was unsure if he was still on the trail.

I again woke up early to try to and beat the rain that was due for the day. Getting wet was inescapable but maybe I could get to another hostel to dry off. So I started the trail at 6:00 and  tried to move quickly. It surprisingly didn’t rain much throughout the day. Rained some, but little compared to other days. The trail was relatively flat for Appalachia standards and I was  at the hostel by 4:00. I initially wanted to stay at Kincora hostel because Bob Peoples is supposedly a legend on the AT. But when I called his hostel someone answered and said Bob was only accepting people he knew. Strange. I didn’t see anything indicating that on the Farout. Whatever. I went to Black Bear Resort and that turned out to be an excellent choice. Cleanest bunks by far out of any hostel I’ve stayed at with bunks. The owner is also from Washington state so I got to share a little connection there with her. I met two hikers named Hannibal and On My Knees. I didn’t ask how they got their names. I fueled up on burritos and pizza at the hostel and passed out hours later. 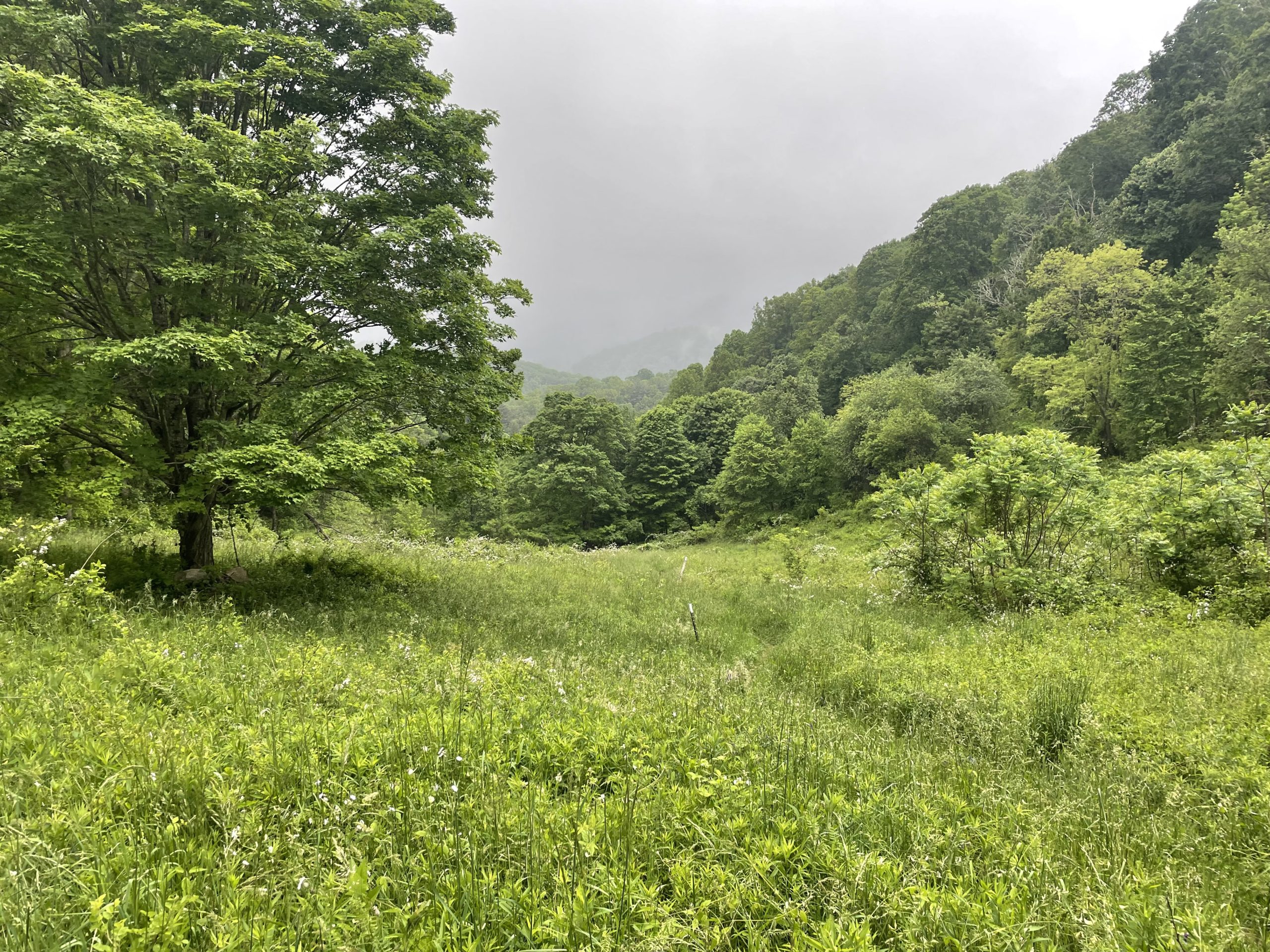 I despise walking through a wet meadow. Soaked. It’s a car wash

I wanted to get to Damascus within the next two days so I had to be strategic with this day. I was 50 miles away from Damascus, and I wanted to spend some quality time in the city. So that means I would have to push today so I would have an easy next day. So that’s what I did. I was going to platinum blaze and jump to another hostel. There was a place called the Rabbit Hole that I was aiming for. The day started out really nice. I had one big climb in the morning, and I met some hikers that were staying at the hostel yesterday with me slacklacking southbound. They were a couple called the Vintage Hikers. They were very kind to me and were very encouraging on my goals. I descended to Watuga lake and followed the trail around the lake. It had rained so much that a part of the trail was underwater so everyone had to take a bad weather bypass trail. I had gradual climbs to do. When I got to the haunted Vandeventer shelter (someone was murdered there) it started to dump rain. I started to doubt if I would make it to the hostel. I put on my rain gear and I continued to hike. The rain would go back and forth in pulses. Rain. Stop. Rain. Stop. All day. The trail was muddy and I had mud and dirt up to my knees. I eventually got to the final climb of the day and realized that I was going to make it to the hostel. I finished hiking around 6:30 and was picked up by the hostel owner around 7:00 and TN 91 parking lot. The bunk house was very homely and I shared the room with three other hikers: Mercury, Franks, and Big Deal. We traded stories from trail while I ate my ramen for dinner. We climbed into bed and tried to sleep. I say tried to sleep because there were rats or mice in this bunkhouse and we could hear them scurry down the floor and through the walls all night. Mercury even had some bars stolen by them in the middle of the night. I survived the night unscathed. 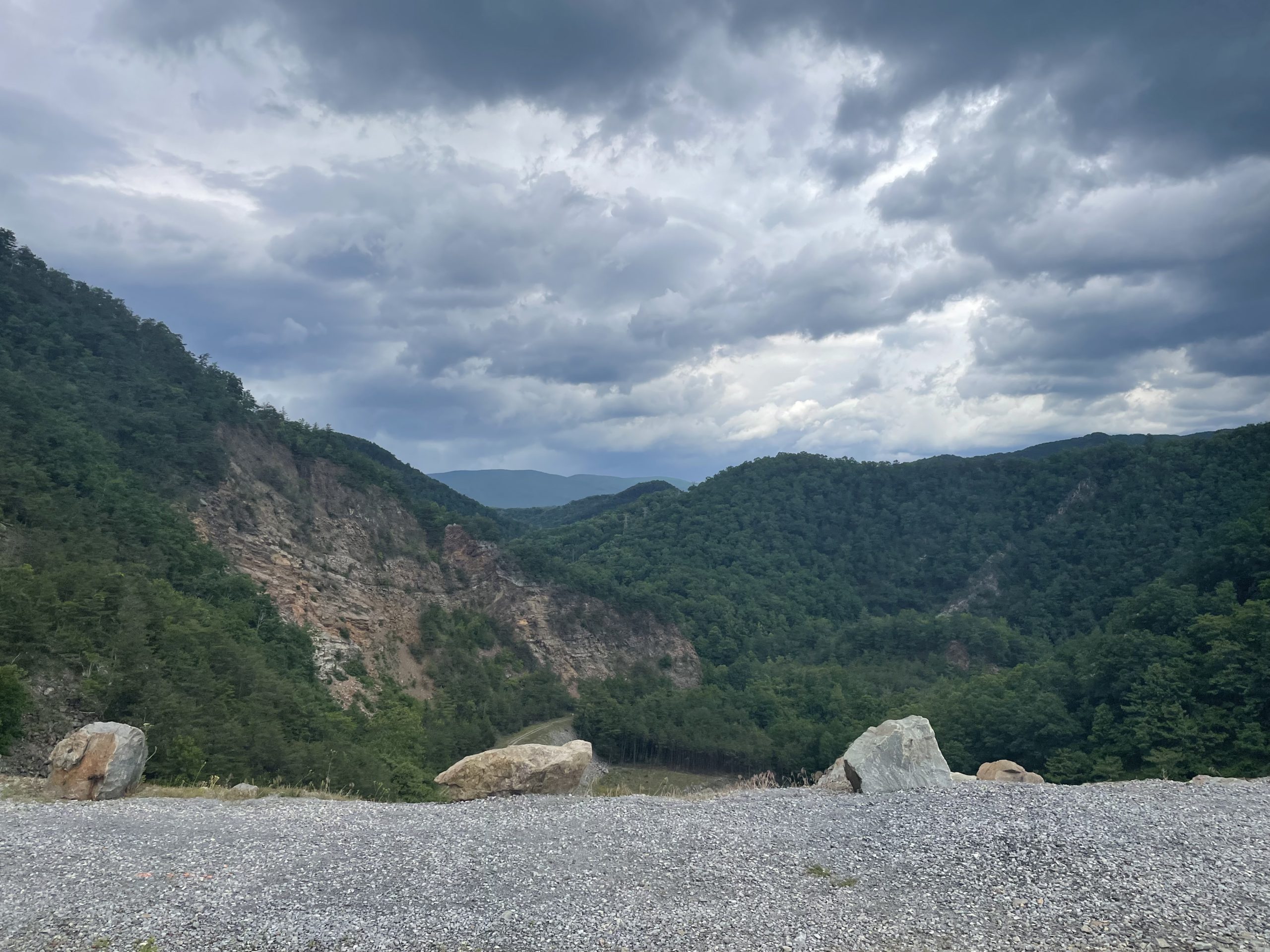 I was gong to Damascus. Today was going to be an easy 21 miles with lots of baby climbs. I started at 7 and walked through foggy cow pasture. Cows stared as I walked through their land as they grazed. I got to the border of TN/VA by 1:00 and I was in Damascus by 2:00. My friend Cascade told me t stay the Broken Fiddle Hostel so that I did.

I’ve enjoyed this town a lot as well as this hostel. I’ve eaten two dinners. One to make up calories for today and another to help with tomorrow. Franks and Big Deal from last night are also this hostel and we spent sometime at dinner together. Tomorrow I might be doin 28 miles with 7500 in gain. I want to get to Thomas Knob Shelter because that was the first ever AT shelter I stayed at. I will get to the ponies again! I’m off to sleep now. Until next time. 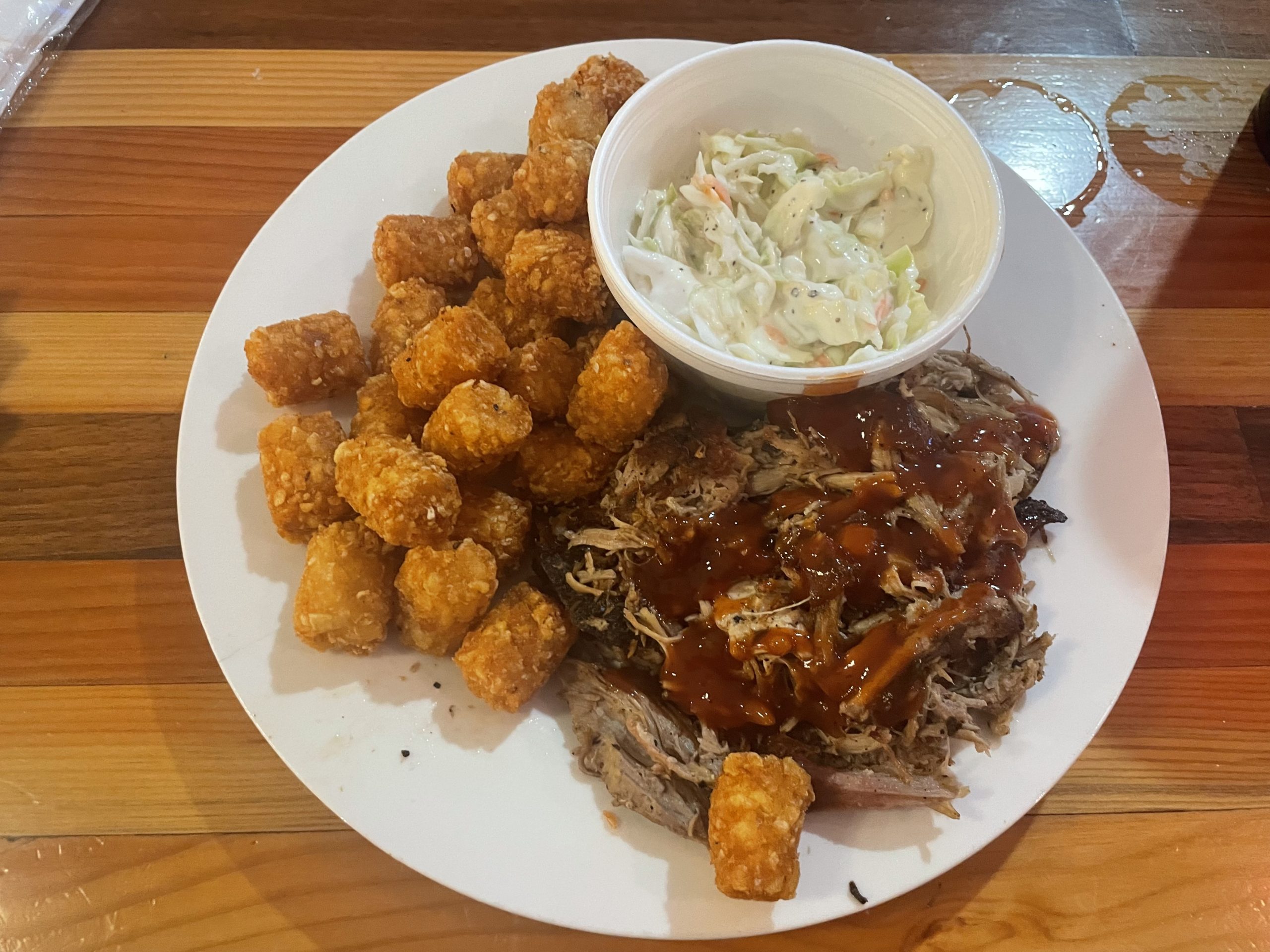 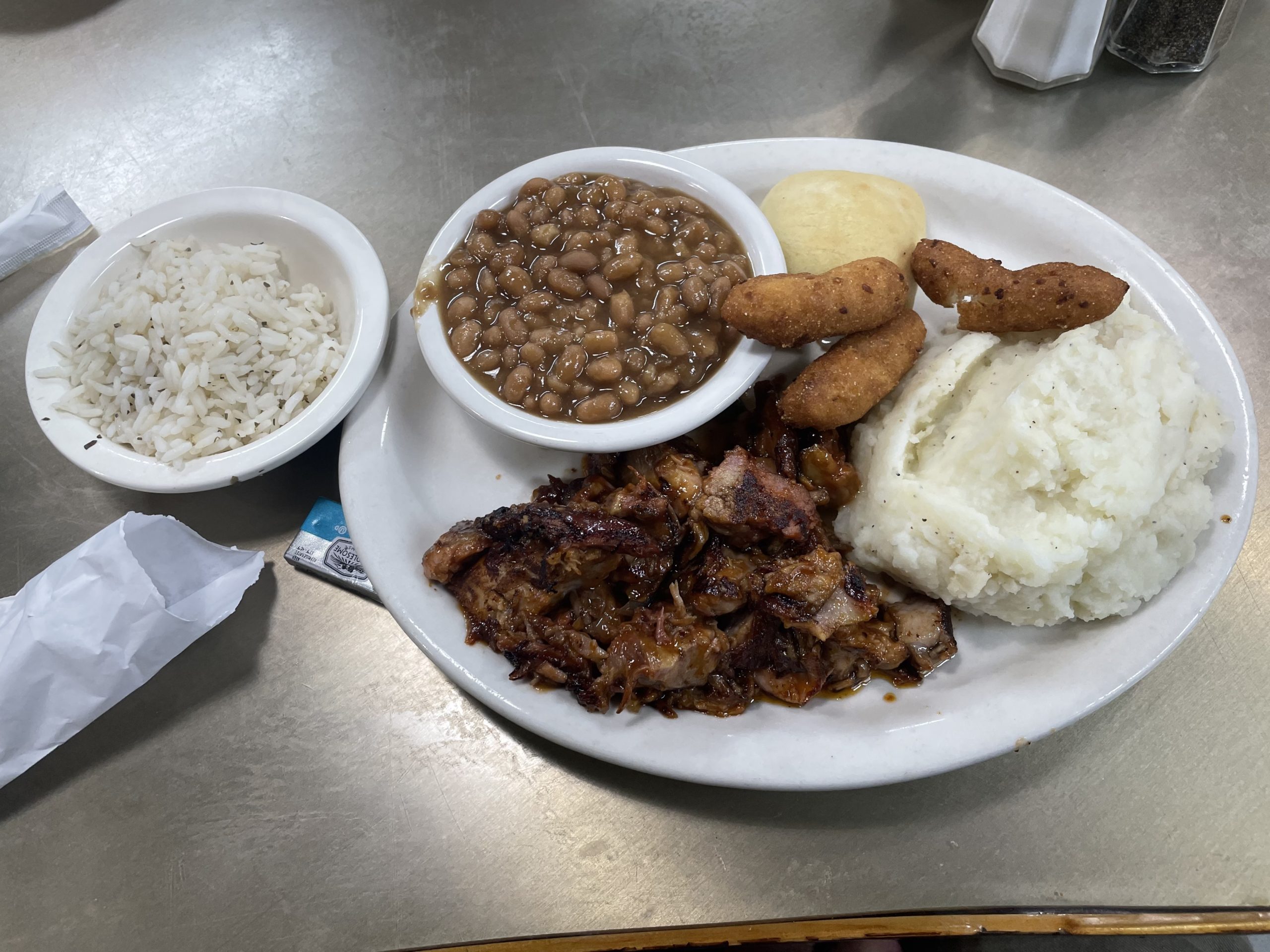 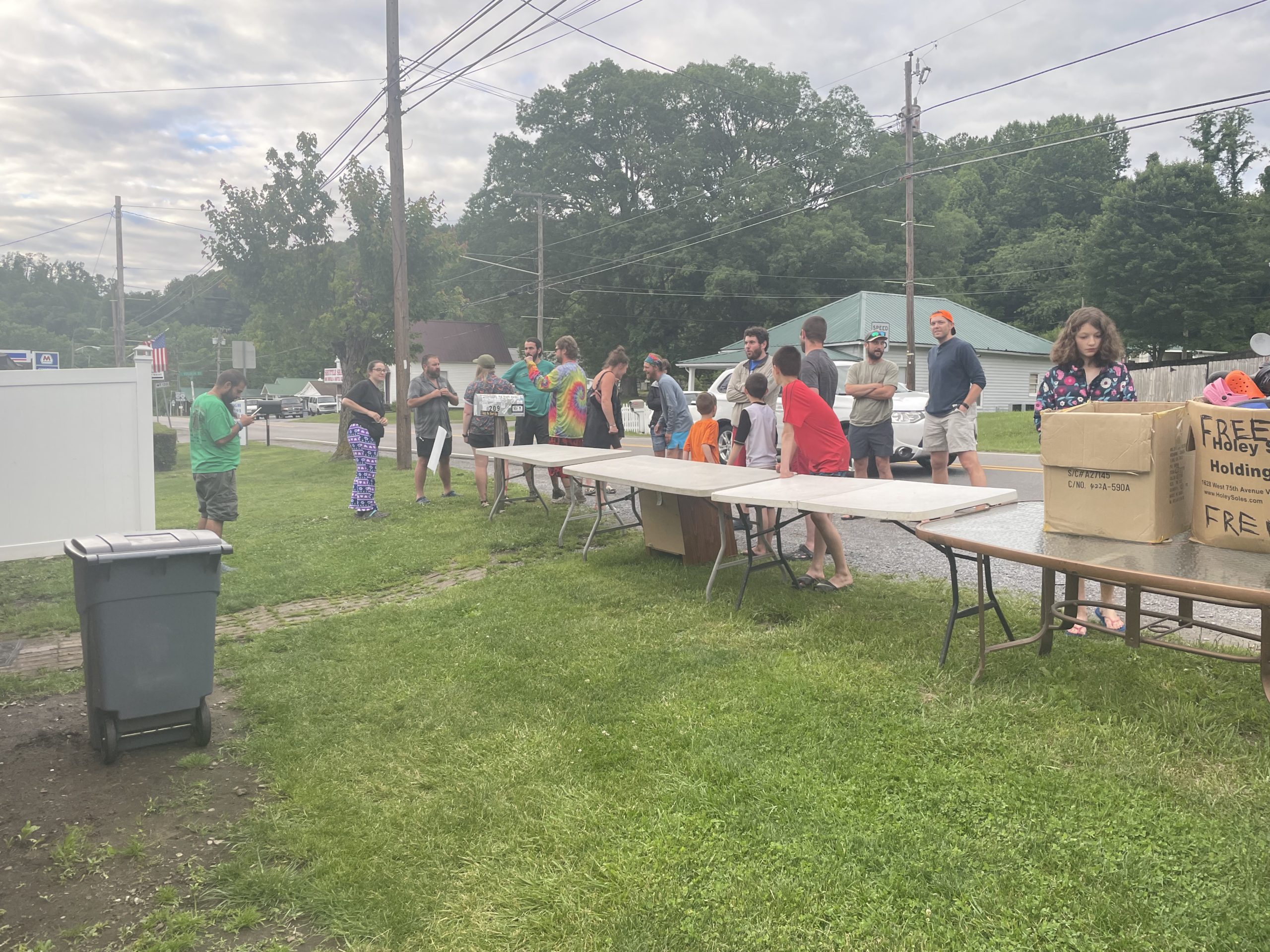