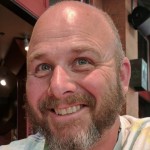 Back on Trail After a Shot for My Knee

A day after leaving Delaware Water Gap. I started having further knee issues to the point where, it took me nine hours to walk ten miles. Needless to say, I was having a very difficult time walking because my knee was not cooperating with me any longer. It was at this point that I had called my wife to have her come and pick me up to take me home so that I could see my orthopedist. I was able to make an appointment with his office while on the road back home. He got me in the next day to evaluate me with some X-rays, and then two days later with an MRI. Later that afternoon, Dr. Moran from Concord Orthopaedics met with me, and told me that the meniscus tear on my right knee had gotten even more severe and that it was time for surgery on that knee. He let me know that he could have me back to the trail in as little as two to three weeks. He then gave me a second option of a second cortisone shot using the maximum allowed dosage of cortisone. He mentioned this because I had already done 1,300 miles with the knee being in the bad of shape that it was. Because I did not want to end up in the middle of the bubble coming behind me I opted for the cortisone shot so that I could get back onto the trail sooner. The next day my wife and I drove back to New Jersey, where I picked up the trail again with a fresh-feeling knee and a couple of days of rest. 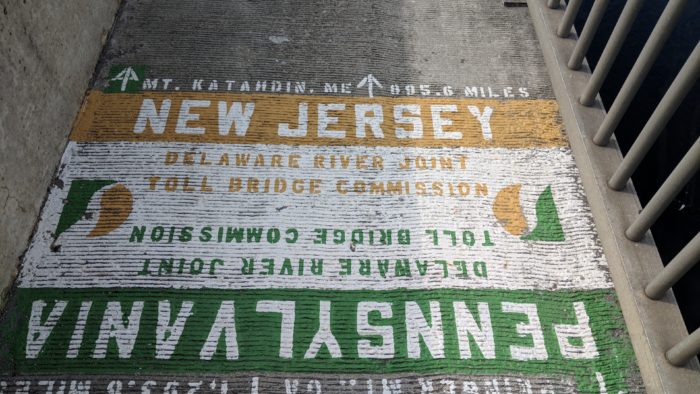 I Made It to New York

New Jersey went by decently after the cortisone shot and got me into New York. 😁 I can say that New York was not overly welcoming, with all of the new rock scrambles and those stairs at Bear Mountain were certainly formidable. Although the path down to the park was nice it was still a lot of stairs. Unfortunately, when I was on top of the mountain the sky was hazy and I could not see the NYC skyline.

That night I stayed on top of Bear Mountain, just off the peak. When I left New Hampshire to come back to the trail I switched to a tent instead of my hammock that I had been using for this entire hike. The weight was the same but I was kind of getting tired of cooking food on the ground while sitting in my hammock if it was raining. I knew there was rain coming that night so as the day progressed somewhere around 4 in the afternoon I pitched my tent off the side of the trail. I had a nice flat spot under a pine with a rock ledge; it was a beautiful spot, indeed. I got all of my items ready for the evening, cooked my dinner, and just as I had finished cooking my meal it started raining. It was not bad at first, just a light sprinkle, so I continued just to eat my meal, knowing I would get inside my tent in just a few minutes. It was just about that time that the skies decided to open up and rain on me like a faucet. So I gathered my items for my mea land  I scurried inside of my tent, where I would be dry. Having only been experienced with hammocks in the rain this far, I had actually forgotten about the slope that I had just come down. And although the tent was in a nice flat spot it was also downhill of the slope. As I sat in the tent and ate my meal it was then after a few minutes that I began to feel water flowing around me and underneath me. As I looked to the bottom of the tent I could see the river that had formed between my ground sheet and the bottom of my tent. This was not what I needed. So I left my meal and went back outside wearing only my shorts and Crocs and proceeded to start building dams, with the pine needles that were there. I used my feet to trench the water away from the tent as much as possible. Although things were not perfect I did not have a river flowing under me anymore.

I left a little late the next morning because I was drying things out on the rocks in the morning sun. I ate my breakfast with a curious red-tailed hawk, and then walked to the bottom of the hill. 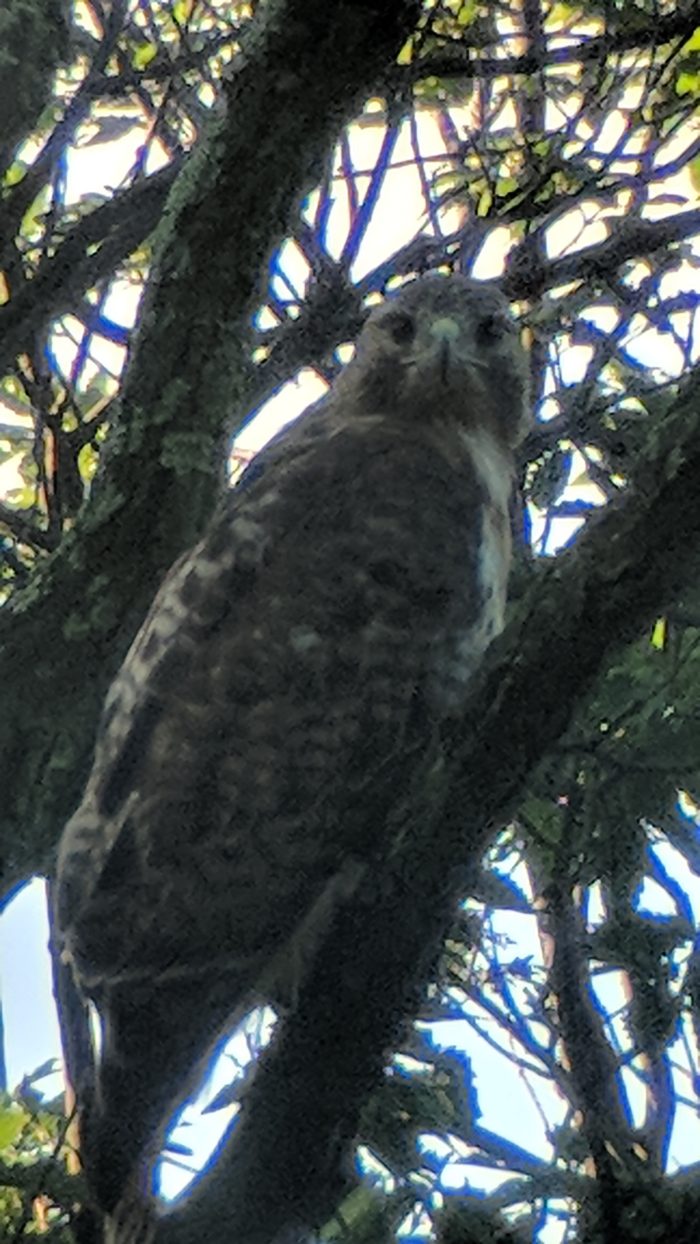 I got to the zoo just as it opened. I walked through and saw the various animals and things that were there while the caretakers fed animals and cleaned the pens.

The rest of New York was not all that eventful for me although I did enjoy the 911 memorial on top of Shenandoah Mountain coming out of Canopus Lake campground. 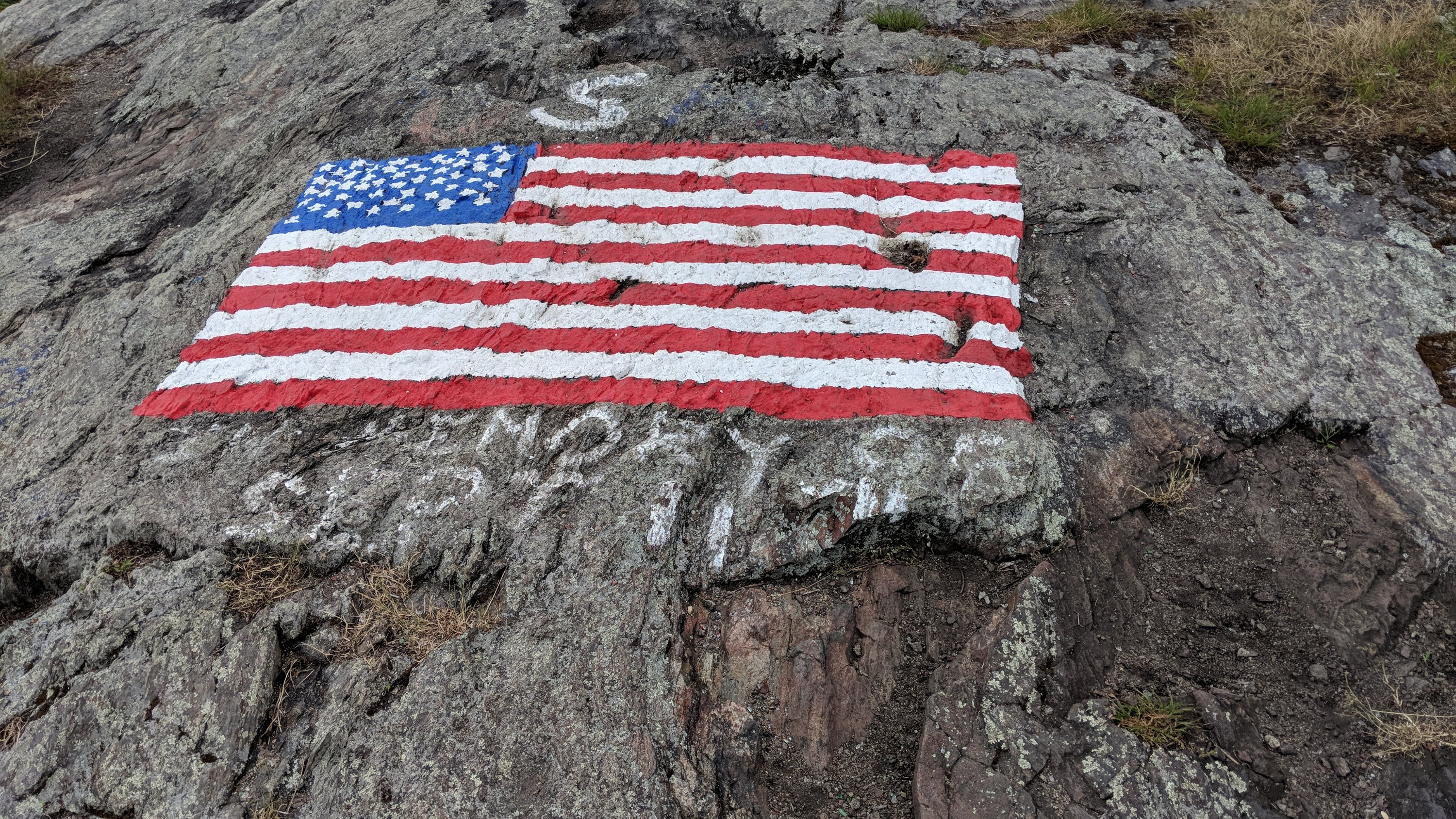 Finally Back in New England

I did finally make it back to New England and spent a couple of nights in Kent, CT. It is a very expensive town for a hiker. Although I was able to stealth camp in the back of a very large field, the food prices in town hurt the wallet. But I am almost home to New Hampshire and my friends and family.

Hello my Name is Noel, and I am a New Hampshire Native, but have lived in many other parts of the country as well. I am new to both extended hiking and blogging (old guy). I do enjoy being outside, cooking BBQ on my big green egg, and driving my jeep with the top down and doors off any chance I get. I own a successful Home Inspection Business, and I am also a Realtor. I have a wife of over 20 years and we have two children that are both currently serving in the US Air Force. I myself am a US Marine Corps veteran.