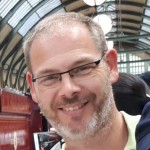 My Eureka – The Appalachian Trail

Have you ever had a Eureka moment when the stars align, fate stares you down, destiny tells you everything’s going to be OK, and you suddenly realize what you want from life? I’m sure some of you know what I mean, and I’m equally sure some of you are looking at me as if I’ve got nine eyes. While I appreciate that some plans take years to mature, this Eureka stuff has that sledge hammer quality you can’t ignore.

My flashbulb moment is as clichéd as it gets and I make no apology for it. I blame (or maybe I should thank) Bill Bryson. I’d never heard of the Appalachian Trail or A Walk In The Woods before I saw the film two years ago, and that was it. Eureka. Kismet. Hooked. I’d found something I didn’t know I’d been looking for, an answer to a question I hadn’t asked. Who was I to argue? The universe had spoken and I listened.

That’s when the Google / YouTube merry-go-round simultaneously became my best friend and worst enemy. Time disappeared into an internet vacuum and I didn’t sleep for the next three months (not really, but you get the idea). I became an Appalachian Trail info sponge, soaking up the hints, tips, and advice from a million hiker blogs, vlogs, and websites, trying to learn it all from the comfort of the couch. But there came a time when the daydream wanted a life of its own. So the idea became more than just an idea, and the plan became more than just a plan.

But there was another conversation to have before AT fever took an even stronger grip, the conversation with my significant other, the conversation when it could all go wrong in a heartbeat. So I waited for the fireworks, waited for the screaming, waited for the broken plates, but it didn’t happen. The chat went well, very well. She completely agreed that I could do with some space and me time, although she didn’t see the need to go quite as far as the Appalachian Trail. Fair point. So with her blessing (thank you so much), one by one the pegs starting falling into place. 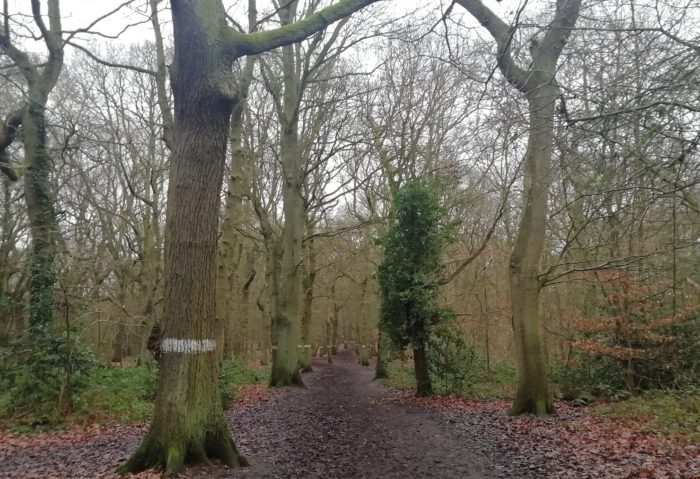 Getting Up and Going

And now it’s my turn to have a crack at the five million steps from Georgia to Maine. My turn to stop stomping around in my own metaphorical wilderness and head out for the real life bears and bugs wilderness. My turn to walk and keep walking.

But as with the best laid plans of mice and men, there are issues. Aren’t there always? I don’t like being cold—who does? I don’t like being wet—ditto. I don’t like bugs, having dirty hands, eating outside, or getting lost. And I don’t like challenges—they seem so unnecessary. I’ve always favored the easy life, the path of least resistance. I’m rather fond of electricity, indoor plumbing, and cutlery, and generally prefer sitting back and watching to getting up and going.

Invited In, Chewed Up

But Eureka slapped me and urged me to change, to lever myself out of the rut I was in and push myself forward. I’m too old to change completely, and I don’t really want to, but tweaking my outlook on life may not be such a bad thing. So it’s time to accept what I can’t change and challenge myself to change what I can. Embrace the suck, so they say, but that embrace seems to start biting way before getting close to the trail. That said, I’m rather looking forward to meeting my future self, the man invited in, chewed up, and spat out by Old Mother AT.

So this is me. I’m just a normal bloke. Average height, average weight, but less hair than there used to be, a picture of brawn and brains without the muscles or intellect. I’m just south of the half century, hovering around in that nether-world of middle age, and I’m English. So another accent to go with those strange hikers hogging the left side of the trail. Do the Brits really do that? I know a trickle of Brits hit the AT every year but we’re a bit of a rare breed. And an AT Brit hiker my age is an even rarer beast. I’m sure they must exist, and like Sasquatch, I suspect they’re out there somewhere, I just can’t find one. 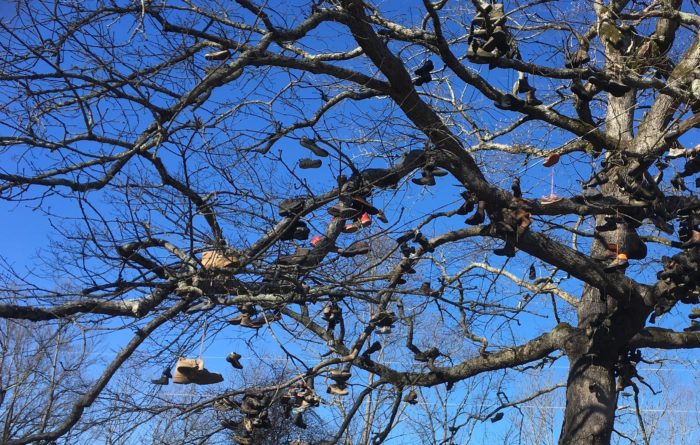 I don’t want to add my shoes to that tree.

And that’s it. I’m fortunate there’s no sad story or tale of woe. I didn’t buy the winning lottery ticket on the day of the apocalypse. I’m not the cowboy who’s just buried his favorite horse, or the rancher the day the world turned vegetarian. I’m just me, and I’m setting foot on the Appalachian Trail in March 2020 to see what I’m made of, good or bad. I may surprise myself, I may run home in tears, but I’ll have learned something either way, and I’ll be better for it.

I’m under no illusion this trail is the hardest thing I’m ever likely to do. But I’ve planned, prepped, and trained the best I can for it, body and mind, as I really don’t want to throw my shoes into that tree at Neel Gap. Am I concerned by the journey ahead? Yes and no. I’m proud to be old school, and although I’m not a big fan of change or the unknown, I’m more curious to see what fate and destiny have in store for me. So, Appalachian Trail, I’m coming to get you. Anyone care to follow the journey? Might be fun.

The Appalachian Trail may last forever, but I won't. The clock is ticking and this is the year for me to make the trip from England to try those five million steps from Georgia to Maine, because if I never try I'll never succeed. So it's now or never. Good luck to the Class of 2020. We'll need it.