Nestled deep in the Southern Appalachians, surrounded by pristine wilderness, sits an unassuming little town. At mile 275, Hot Springs is the NOBO’s first true trail town on the Appalachian Trail. With the mighty French Broad River, a railroad, a state highway, and the Appalachian Trail, all converging in one place, this town has a special energy not found anywhere else.

This is the first story in a series bringing to life the Faces of Hot Springs—the people who make this town their home, and what they think of hikers.

But first, a little background on Hot Springs.

The Jewel of the Blue Ridge 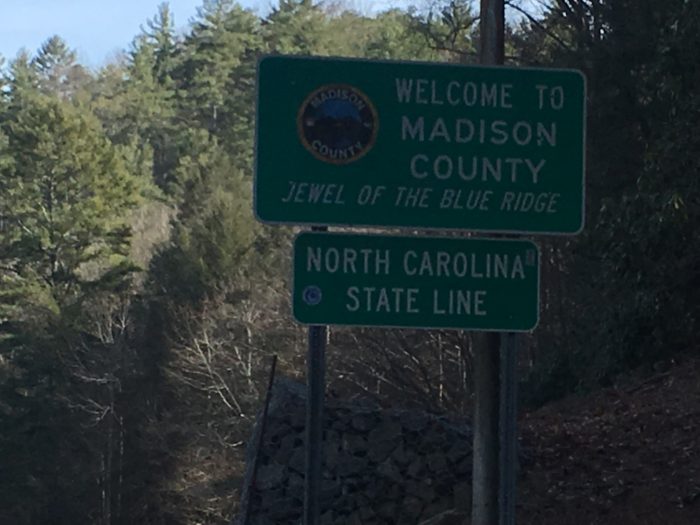 While crossing from Tennessee into North Carolina, I encountered this sign. With the densely wooded hills all around me, I could see why earlier generations affectionately viewed this quiet region as being a jewel in the long stretch of the Blue Ridge Mountains—another name for the Southern Appalachians.

What I discovered as I moved on down the nicely maintained highway was a place that was stunningly beautiful, yet quietly peaceful. If Madison County is the jewel, then Hot Springs must be the jewel within the jewel.

This area, with the rapids of the French Broad River coursing beside it, and natural warm-water springs, must’ve seemed a fitting place for the early settlers to put a town; a true jewel in the days when it was a frontier in a wild new land.

Directly across the street from the ‘Welcome to Madison County’ sign sits another sign, a stone marker erected by the Daughters of the Confederacy to memorialize General Robert E. Lee, with a metal plaque depicting the general astride his horse. It is interesting to note that this marker was erected just a year before the Great Stock Market Crash of 1929. Still standing almost a 100 years later, it faithfully marks one of the routes of the historic Dixie Highway.

Upon entering Hot Springs, there was another marker—a large monument this time—affixed with an identical plaque as the one at the border. A little internet research revealed how many similar markers were scattered all over the south marking the numerous routes of the Dixie Highway. 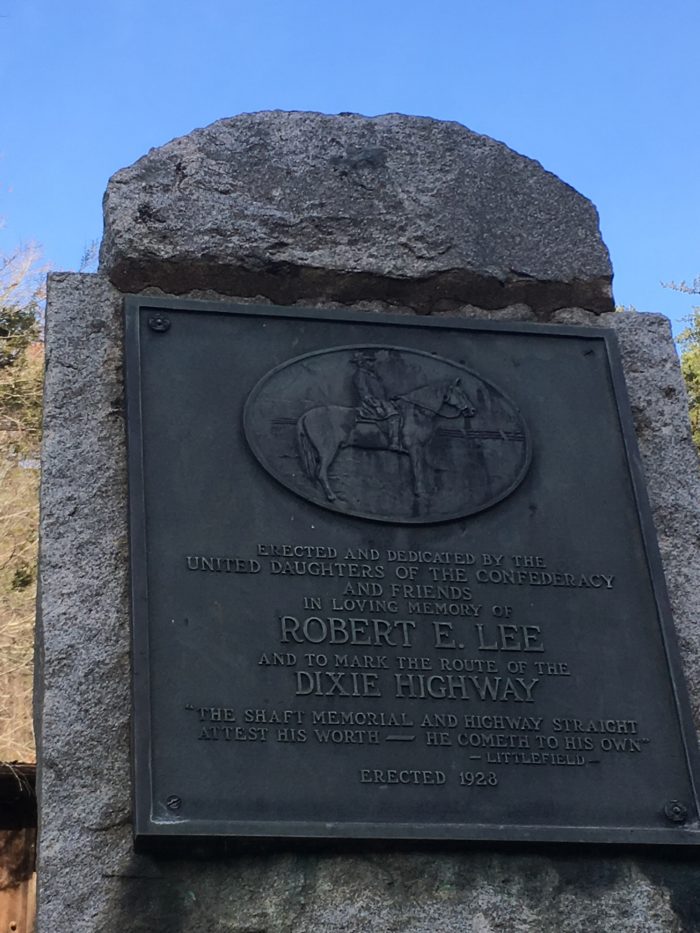 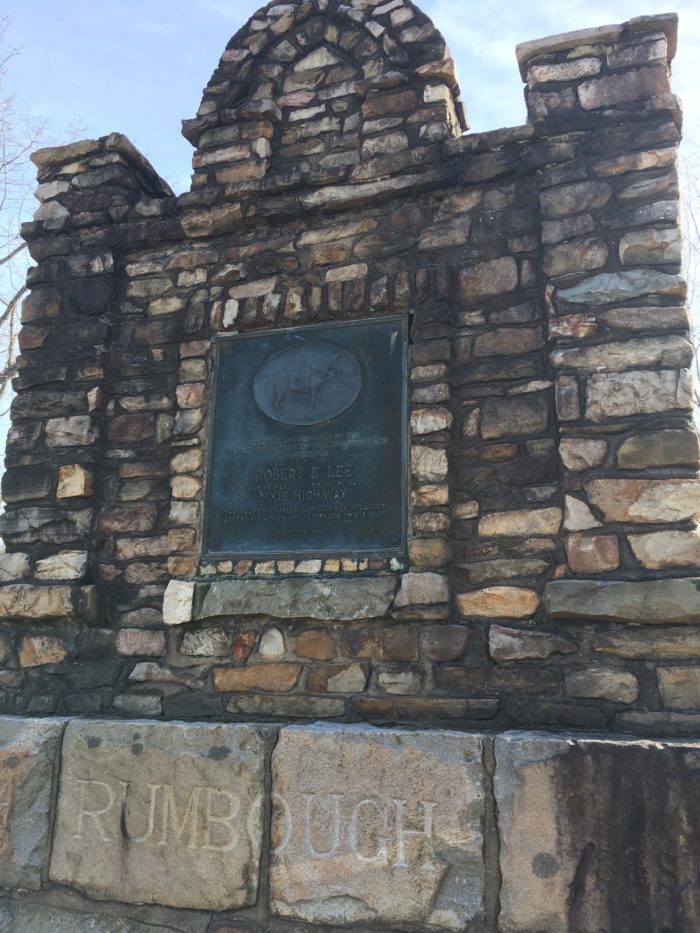 This monument sits on a little grassy knoll, right in front of the entrance to Laughing Heart Hostel. Photo: Arnold “Bloodhound” Guzman

At first glance, you may be tempted to think, “What’s so special about Hot Springs?”

When I first laid eyes on this little town, there seemed to be nothing fancy about it—no rhyme or reason to the way it was laid out. There were no gated communities built adjacent to golf courses; no modern hotels. The houses were not arranged in any particular municipally designed plan. Aside from a few vintage and historically unique buildings, like the Sunnybank Inn with its Victorian-Italianate architecture, they were mostly an odd mix of traditional handmade homes and farmhouses, with the occasional doublewides and prefab homes.

With less than 600 residents, Hot Springs is tiny. There are no traffic lights anywhere, and you could easily hit a golf ball from one end of downtown to the other. Yet that is actually an advantage to the hiker, for just about everything a hiker needs, from hostels to restaurants, is within a five-minute walk. There are many other advantages of Hot Springs worth noting:

Keep in mind that beside the Dollar General and a few convenience markets, there aren’t any large supermarkets in which to resupply. This would be a good place to do a mail drop.

The Pretty Side of Hot Springs

There are several lovely and historic buildings around town that have been artfully preserved for well over 100 years. Here are just a few: 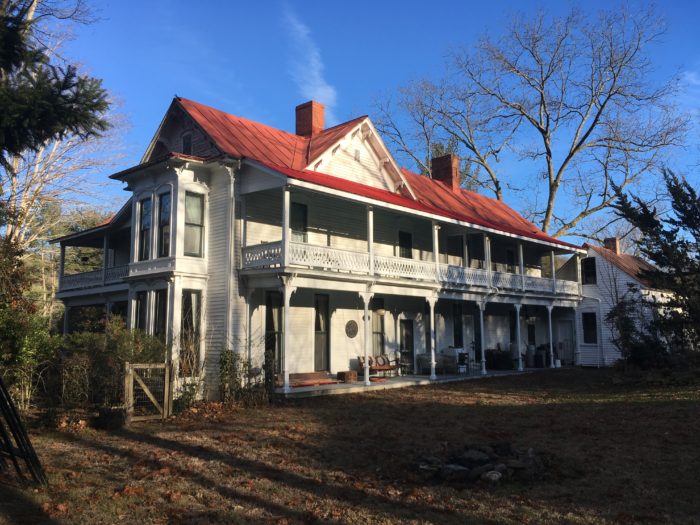 The Sunnybank Inn (known locally as Elmer’s), was built in the 1830’s. This pre-Civil War home has been kept for the past several decades by Elmer Hall. 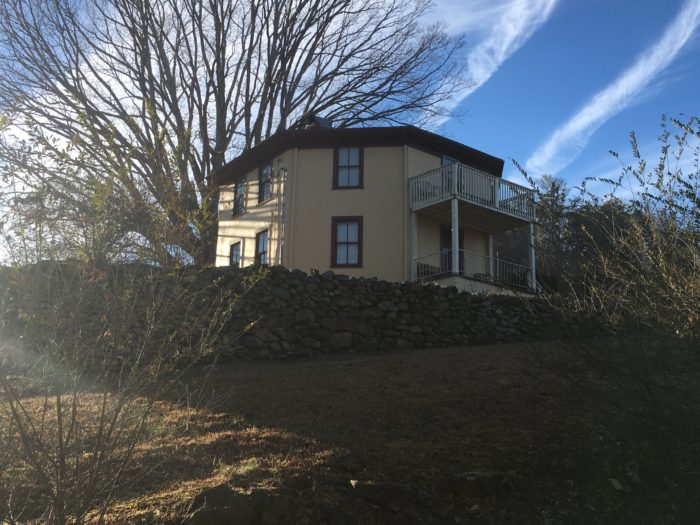 If you look carefully, you may spot this oddity. Built in 1890, it was called the Octagon House, which is now home to the Mountain Magnolia Inn 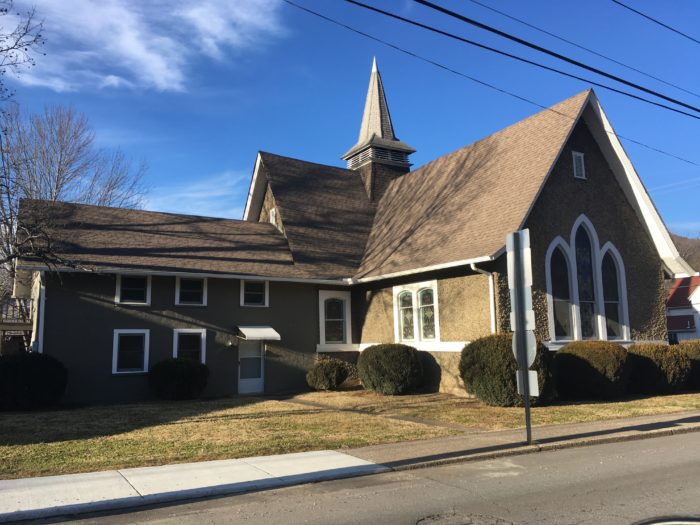 This fine Presbyterian church, was built in the late `1800’s opening in 1900. It reflects a simple, yet elegant design, practically suited for the small community it serves

Take a walk on the wild side of Hot Springs: Paint Creek

Though not directly in Hot Springs, for the hiker who wants to take a zero, this little gem is worth going to see.

A few miles down river road from Hot Springs, the pavement gives way to gravel. Keep going on this road, and somewhere along the way you’ll find yourself just over the border in Tennessee. Soon, the road ends in an abrupt right turn through the cleft in two massive cliffs and into a narrow ravine where the road paces the lovely and fast-moving Paint Creek.  This recreation area, called Paint Creek Corridor , is one of the region’s best kept secrets; one that most of the tourists and quite a few locals haven’t discovered. Consequently, there are dozens of unused picnic tables and camping areas all up and down this lush five-mile corridor. Along the way, you come upon one of the most beautiful sights: a natural cascading waterfall, feeding a lovely swimming hole at the bottom of a jagged cliff line, perfect for diving. 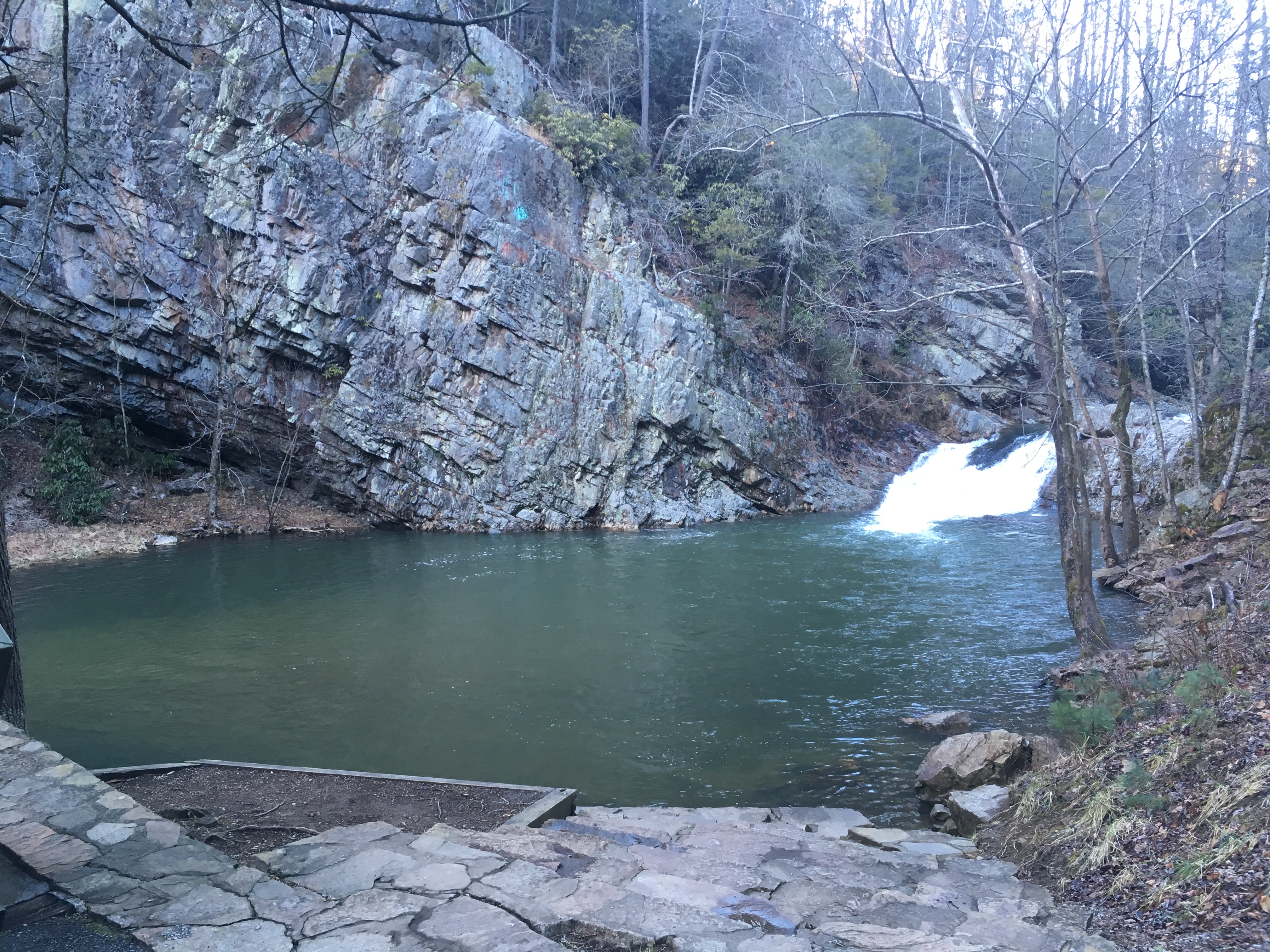 I first discovered this place as a teenager in mid 1970’s when my older cousins, David Guzman and John Rhoades, two Motor City bad asses in their early 20s, came down from Michigan looking for wild adventures. When they asked me to take them to the wildest place I know, this place came to mind.

Though the rock cliffs don’t appear to be all that high, once you climb up, the water looked terrifyingly far away. After trying out a few dives lower down, they climbed up to the highest point; something around 40-50 feet, and worked up the courage to dive. Johnny asked me if I’d get a pic of him diving. Wanting to get the most daring shot possible, I swam to just past the middle of the swimming hole, treading water while aiming his cheap plastic camera straight up. Astonishingly, I was able to capture a perfect silhouette of both of their graceful Tarzan/swan dives, making them appear as if they were flying through the bright blue sky. 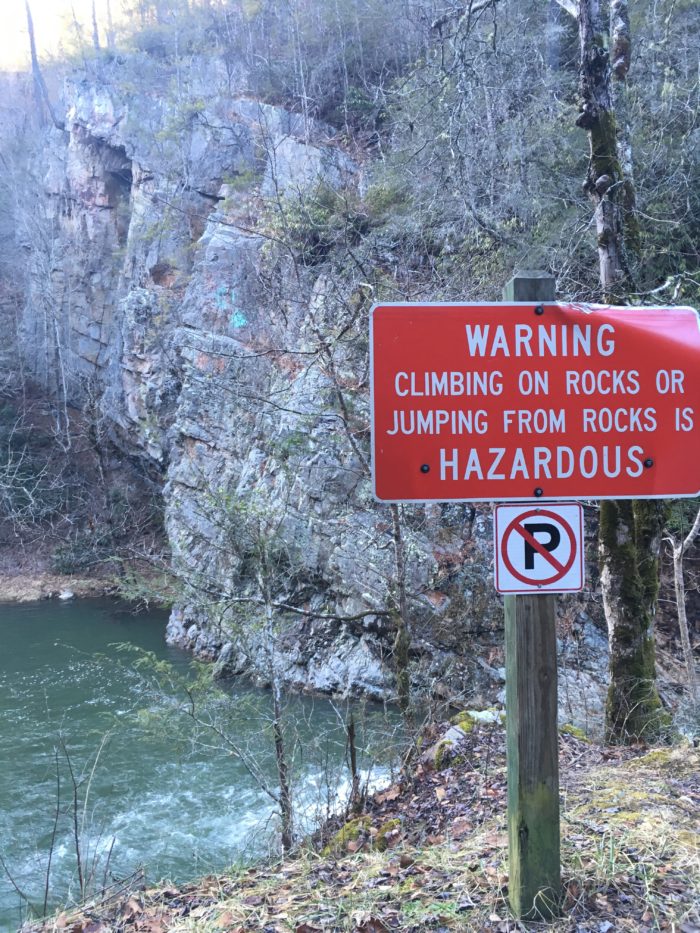 Neither of them climbed back to those dizzying heights to do a second dive; probably had something to do with the fact that each one crunched his head on the gravel at the bottom of the not-too-deep water.

For many through hikers, there’s simply not a lot of time to spend in this little town to get to know the slowed down, laid back culture. However, at the very least, it’s a good time to fill up, rest up and make the most of the easygoing pace of life here. 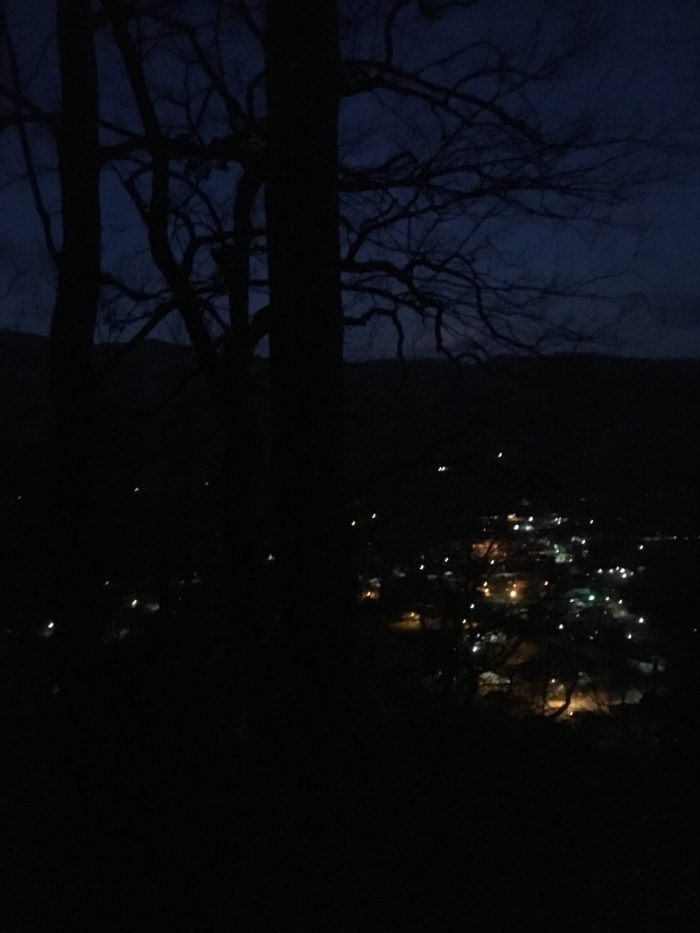