If you’re a NOBO thru-hiker fortunate enough to survive everything the trail has thrown at you thus far, congratulations are in order as you enter Hot Springs, for you have just reached the first (of many) of the major milestones on your hike. One thing is undeniably true—this is your first true trail town on the Appalachian Trail. Let. That. Sink. In.

As you strut (or limp) into town, you may be feeling a euphoric swelling of pride in what you’ve accomplished. Your spirits are buoyed up knowing that you are well into the most epoch adventure of your lifetime… you’re living the dream. Everything is nearly new, your gear, your clothing, your ravenous appetite—even your foul smell.

But to the townspeople you are not so new. Year after year they have seen carbon copies of you, doing the same things and behaving (or misbehaving) the same way. For the most part, they like you and are glad you came along…. and on rare occasions, glad when you go.

Since you’ll be interacting with a group of people who live here day in and day out, year in and year out, it may be helpful for you to know who they are and what they think of the hikers who flood into their quiet town each year. 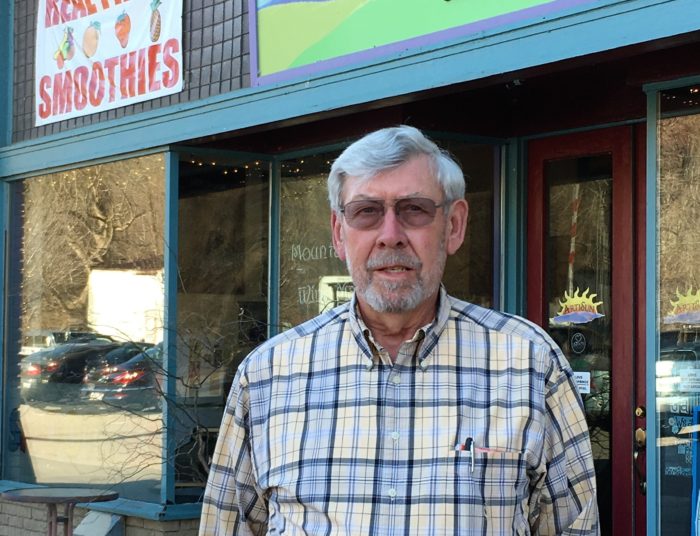 It was in a dimly lit meeting room in the City Hall building where I first met one of Hot Springs long-time residents, 76-year-old Mayor Sidney Harrison.

Meeting Mayor Harrison for the first time was like meeting a character out of a Wild West movie. Tall and handsomely rugged, with wavy grey hair, he spoke in a deep voice, his careful words proceeding evenly in his slow-paced North Carolinian dialect. Put a large white cowboy hat on his head and a big iron on his hip, and he could easily have passed for a sheriff in a 19th-century western town.

But someone out of a bygone era is not who Mayor Harrison is. Rather, he is educated and intelligent—a well-spoken man who’d been a high school teacher for nine years, and a grade school principal for the remainder of his career.

Being a retired principal, he naturally managed to find a post-retirement job where, instead of taking care of kids, he now takes care of a new group: the townspeople. That also includes visitors (you).

When I asked why we weren’t meeting in his office, he humbly admitted he didn’t maintain an office downtown. “I have a little office at my home to do my work—what little I do.” Still, his house is conveniently located  a hundred yards or so from downtown.

Mayor Harrison shared with me how he’d lived in Hot Springs all of his life and how he used to hike the Appalachian Trail before he even knew it was a National Scenic Trail. He said the locals knew of it as the ‘Fire Trail,’ since it was used to transport firemen and equipment to fight fires. Often times, he said they used it to get back into the mountains to go hunting. He said that farthest he’d ever been on the AT was 30 miles on horseback.

Referring to his earlier days, he said, “I can remember many years when there were no hikers,” going on to explain how “a blind man put us on the map.” He was referring to Bill Irwin, the first and only blind person to thru-hike the AT. Irwin wrote a book, Blind Courage, about his 1990 hike. “When the hikers first began to come through town, we really weren’t set up for them,” Mayor Harrison said. Back then, there was little in the way of lodging, shuttles, outfitters, and other amenities.

He said that over the years, the townspeople began warming up to hikers, and it wasn’t long before they began organizing pancake breakfasts for them. Mayor Harrison said that, in return, the hikers gave quite a boost to the local economy.

“With the unique natural beauty surrounding Hot Springs, why is it not more like Gatlinburg.” I asked, meaning why isn’t this a hyper-developed, crowded tourist trap? Expecting the mayor to cringe at the mere mention of Gatlinburg, like many locals do, he calmly explained, poker-faced, how Hot Springs was land-locked, meaning the town is mostly surrounded by National Forest. They could not expand if they wanted to.

I asked him if he wished more people would come to visit Hot Springs, and he told me, “With our current workforce, we get all the visitors through the summer we can handle.”

I asked him if he knew of any out-of-the-way places of interest and he told me about the Mill Ridge Pond, which is right on the AT, about five miles north from town. He said that this is where an especially heinous, nationally famous cold-case murder of Nancy Morgan, a 1970 VISTA worker, took place. It is immortalized in Mark I Pinsky’s book, Met Her on a Mountain. 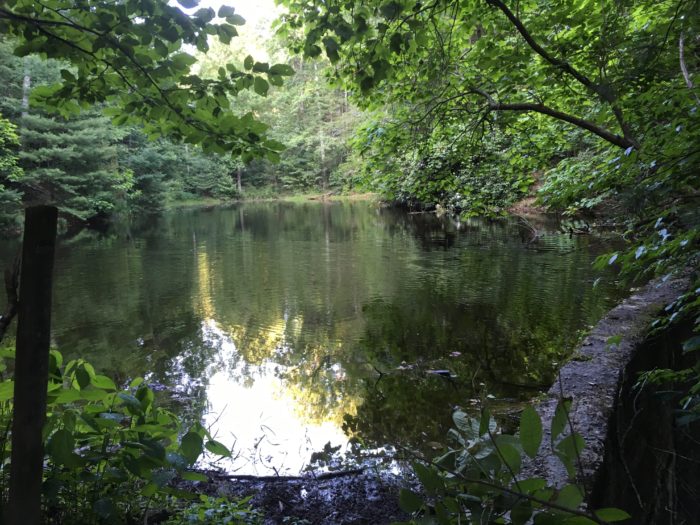 Imagine how pleasant it would be to walk up on this lovely pond, right in the middle of the wilderness. Mill Ridge Pond, about 5 miles north of Hot Springs is an unexpectedly beautiful place to stop and rest. Photo: Arnold “Bloodhound” Guzman

Mayor Harrison began to share a few of the problems the town has had with hikers.

One story in particular occurred during the spring of 2016. To lay the background, he said that one of the town’s two police officers was known for being overbearing toward hikers, often hassling them excessively. On one such occasion, one of the hikers who felt mistreated by this officer went back across the French Broad River, where he and a lot of other hikers were stealth camping along the river’s edge. Some of his fellow hikers who were camping nearby said they overheard this man angrily exclaim that, “I’m going to burn this place down”.

The next day was the day of the Silver Mine Fire; a wildfire that devastated a large section of the National Forest, temporarily shutting down a portion of the AT. Rumor has it that this man, being unjustly hassled by the officer, started the fire. Nobody was ever able to prove anything. Mayor Harrison said that eventually the police officer was let go.

As far as other hiker-related problems go, Mayor Harrison said most of the issues are not caused by true thru-hikers, but by what he named “pseudo hikers.” These are homeless vagrants who travel the trail, blending in with real hikers, and come into the towns to steal from local stores, residents, and other hikers, as well as selling drugs.

In regard to real thru-hikers, He said, “Drinking is where the town has the most problems.”

On a positive note, Mayor Harrison said that most of the townspeople realize that, “Hikers, for the most part, are a decent, educated lot and we are glad to have them.” Although there are many forms of revenue coming in from other attractions, the boost the hikers bring is a substantial benefit to Hot Spring’s economy.

When asked if he had any advice to give to future hikers, without missing a beat he said, “Be respectful of our laws and we’ll be glad to have you.” 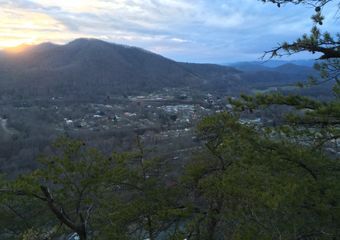 Faces of Hot Springs: Introduction to Hot Springs, NC.Hot Springs North Carolina is the first true trail town the Appalachian Trail northbound through hikers encounter. This is the story of the many people, or 'Faces' of Hot Springs; who they are and what they think about hikersRead More