It started almost immediately after I began to tell people that I was going to thru hike the AT. I had actually held off on telling anyone for a while, I decided to take on the Trail on September 15th, but went about two months before anyone other than a very small handful of friends knew that I had a concrete plan. A few others knew it was something I was talking and thinking about, but considered it something that was amorphously in my distant future. A “someday.” 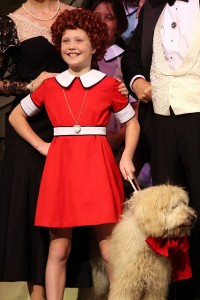 But then I got the email letting me know that I was accepted as an Appalachian Trials blogger for 2016 (which, if you’re planning on hiking the AT next year, I highly recommend you sign up for here) Now I had to tell people, I couldn’t put it off any longer. And the reaction was, I should say, positive. My friends and family have largely been supportive. There’s been a few awkward conversations with well meaning individuals who felt I may not be prepared, but were clear that they supported me anyway. On Thanksgiving, I had a conversation where a few family members were fairly insistent that I bring a gun. (never mind that the only firearms I own are flintlock pistols) No one was antagonistic to the idea however, or condescending in any way towards the idea of a 34 year old man quitting his job to go walk in the woods. 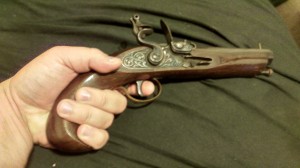 “Alright bear, I could back away slowly, but instead I’m going to take a good ten minutes to load this thing. Then you’ll be really sorry. Mostly because you’ll be forced to watch me shoot myself in the foot. That’s gotta be traumatic”

It’s odd, and probably says far too much about me as a person and my obvious need for professional psychological help, but I think I was more mentally prepared for a negative response. If the reaction had been contrary, I would have been fueled in my desire to go as a form of spiting the doubters, shouting “Haters gonna hate” all the way to Katahdin. Instead, I had geared myself up for rejection, and upon finding none I mentally stumbled, like barging your way into a door that you thought would be blocked, only to find that they’ve removed the bar. 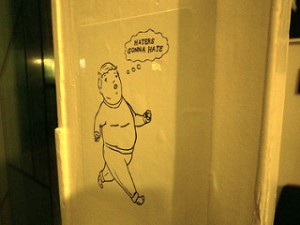 Probably the weirdest thing for me so far has been people who say “Congratulations!” mostly because to me, I haven’t done anything yet! I’ve simply made the declaration that I’m going to go. What will they say if I do complete the trip, “double congratulations”? It weirded me out, and I can’t say why. Maybe because on some level, part of my reasons for hiking were more rooted in a contrarian nature that I’d care to admit? Maybe because I’m generally an argumentative person, so their support means my brain thinks I’m supposed to be pessimistic? Either way, it’s caused me to have a few periods of self reflection that’s probably pretty healthy. I’ve returned to examining my “lists”, primarily why I want to go, and asking some honest questions. Not second guessing myself, but honing my outlook. Like a prayer wheel, using repetition to delve into the heart of the matter, realigning my will and my heart to the goal that is set. I’ll doubtless have many struggles between here and Maine, and ultimately I need to be thankful for each and every one, because it is by this questioning and testing that I further discover who I am becoming. 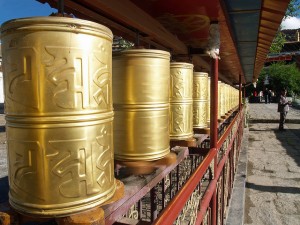 Think I could set up a few of these along the way from Springer? CC Image courtesy of Flickr user Steve Hicks