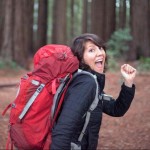 Finding My Purpose on the Appalachian Trail

A little over a year ago, a dream that had been quietly percolating in the back of my heart for months finally revealed itself to me as the path forward. The next chapter. The undeniable truth. My decision to leave my life in Sonoma County, California to through-hike the Appalachian Trail wasn’t a decision at all, really. It was a physical experience of truth-finding.

I was curled up on my couch in despair, asking the universe why I was having trouble finding clarity in my life. I felt torn between obligations, people, and visions for my future. I wanted a plan. I wanted answers about my purpose on this planet. Up until that moment, I had been the kind of person who would mentally agonize over big life decisions, spending hours writing pros and cons lists that often didn’t get me anywhere. This time, however, I had an instinct that my mind alone couldn’t help me find the answers I was looking for. I knew I needed guidance from some “higher knowing.”

I cleared my head, opened my heart, and waited.

Then, suddenly, I felt something drop from my heart into my gut and begin to…fizz. Seriously. A tingly, champagne-bubbles-kind-of-feeling rose up and washed over my whole body. In the stillness that followed, I was left with a feeling of tranquility like I had never felt before. The feeling wasn’t an answer to my existential question of purpose. It was a simple kernel of truth dispensed from my higher self—the woman inside of me who is governed not by fear, but by what is deeply right. It was an invitation to go within and challenge myself like I had never done before. It was the call to embark on a pilgrimage on the Appalachian Trail. Through the gift of such a powerful physical experience, I knew that a through-hike was the right next step.

My body had informed and assured me, “This is what truth feels like.” 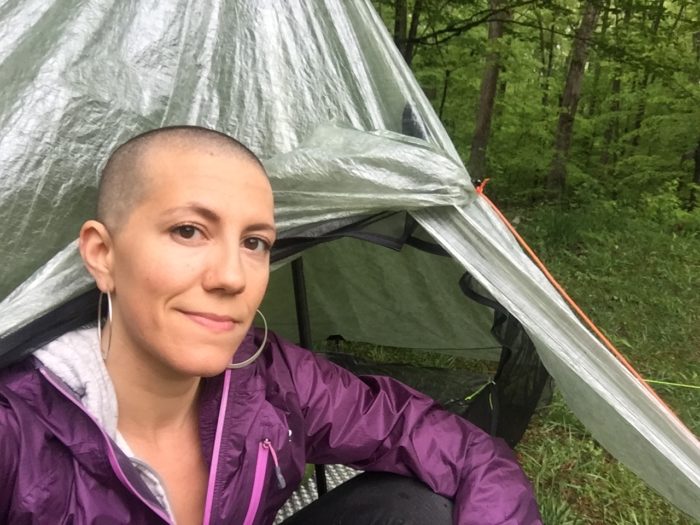 For the next three months, everything I did was singularly focused on preparing for the journey. Remarkably and uncharacteristically, I didn’t second-guess myself once. I knew that walking 2,187 mountainous miles with barely any backpacking experience would be no easy feat. Yet that somatic experience of knowing—my TRUST in that feeling of knowing—was the north star that led me onward.

Finally, in May of 2016, the time had come to depart for my flip-flop through-hike. I thus began my half-year experiment of marching (mostly) alone through the forest, dreaming and visioning and wondering about the answers to my question of purpose. Almost every day as I walked, I played out ideas and scenarios in my head of what my life could look like when I got off the trail. I became fixated on my pilgrimage as an opportunity to mentally identify concrete steps for how to live my life and my purpose going forward. As ideas churned, I turned them over one by one in my mind, gripping onto and becoming attached to some of them.

Existential questioning and plotting felt comforting to me on the trail; it felt like maintaining some element of control when I had control over almost nothing except the direction I was walking (and that was only when I wasn’t lost or accidentally turned around).

But slowly, the Appalachian Trail reinforced a more embodied way of being alive.

Every time something unexpected occurred on the trail (a thunderstorm taking me by surprise as I slept on an exposed mountaintop; missing the only bus from a trailhead into town by two minutes; losing half my trekking pole as I scrambled up the treacherous Wildcat Mountains in New Hampshire), I had two options for how to react. I could fret and suffer, clinging onto my attachment to things going according to plan. Or, I could bear witness to the event without judgment, noticing the place in my body where I somatically felt my attachment to things going according to plan—usually, it felt like a knot in my gut—and breathe deeply into that place until I could let the attachment go. Because the unexpected is to be expected on a through-hike, I quickly learned how to locate emotional pain in my body, breathe into it with tenderness and understanding, and let it go.

It’s been four months since I finished my flip-flop through-hike, and the first two back were a whirlwind of confusion. For a reason I didn’t yet understand, all of the ideas I had formulated in my mind about what my life should be like when I finished the trail felt wrong. My former identity—the old me—had worn a skin that no longer seemed to fit. I wondered if I had done myself a disservice by through-hiking—maybe doing so had somehow made it too hard to re-acclimate to “real life.”

I desperately missed the trail, despite all its hardships. At least there, I knew which direction I was supposed to be heading.
On New Year’s Eve and in the days immediately following, I didn’t know what to say when people asked me what my goals for 2017 were. I vacillated between frustration, embarrassment and apathy when revealing to friends that I felt like a blank slate with nothing written on it. My friend Kevin Jorgeson (known for free-climbing the Dawn Wall in 2015) and his wife Jacqui gave me a glimmer of hope and perspective when they reminded me that after you achieve something, it’s normal to feel listless as you sniff around, on the hunt for the Next Big Thing. They reminded me to be patient with myself, and to appreciate the in-between time.

It was when I looked to my body for guidance that I reached a turning point. I was hiking (ironically…or not so ironically) with a friend, describing to her my listlessness and lack of direction. I bemoaned that I didn’t have clear intentions for 2017. She listened patiently, and as we reached a breathtaking overlook with ocean views, she said,

“What if, instead of asking yourself what your goals for 2017 are, ask yourself how you want to feel this year?”

Her words struck a chord in me. So, I sat cross-legged on a fallen log, closed my eyes, took a deep breath, and began to meditate on the question.

Immediately, a feeling of tranquility washed over my body. The sensation even had a color—a radiant, warm yellow melted across the backs of my eyelids. I visualized myself laying on an inner tube as the gentle forward momentum of a river carried me along. I was basking in the warmth of the sun and in the presence of a loving community of friends floating along beside me. Someone was with me on the inner tube, and it dawned on me that it was my higher self.

She was cuddling me, holding me tight to let me know that I could relax and trust that everything was happening exactly as it was meant to. The tingly, champagne-bubble-feeling I had experienced months before when deciding to hike the Appalachian Trail began percolating in my gut once more. 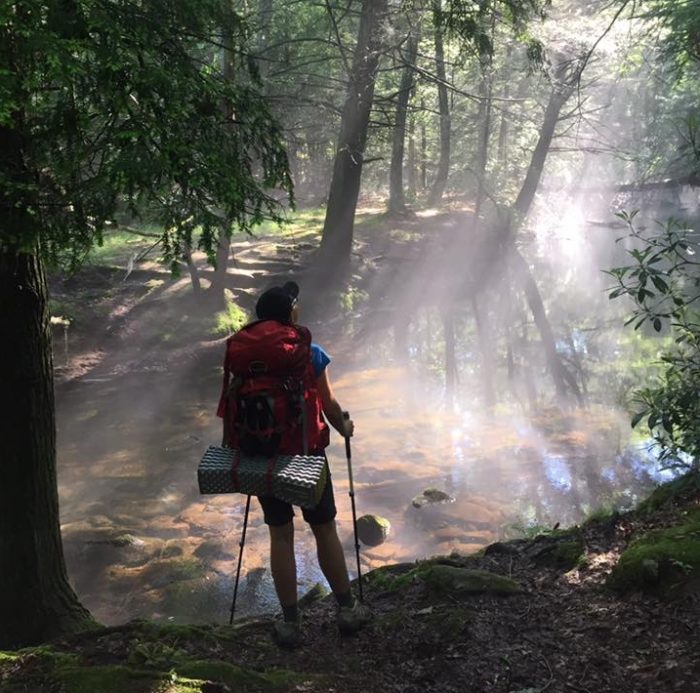 At that moment, it clicked.

I realized that I cannot define my “purpose” with left-brain thinking. Instead, my purpose is to keep myself open to this easeful, radiant feeling of trust. My purpose is to cultivate the space I need to listen to the truths that my body already knows. Because when I let go of heady, ego-driven attachments to “plans”—when I let go of the fear-based desire to control the direction of my life—the right path unfolds itself.

It only took walking from Georgia to Maine to figure out that my purpose is not to overanalyze my purpose, but to think less and feel more; to welcome and cultivate the sensation of trust—in myself, in the universe and in the meaning of it all.