First week on the Trail

The first week(ish) (8 days but only counting it as 7, see next paragraph for explanation) on the trail is under our belts, we have knocked off a modest 69.6 miles and climbed 18 named mountains.

The first day got off to an inauspicious start, after several fun days road tripping down with our buddy Jed we showed up at Springer mountain parking lot at 2:30pm a little disorganized and a tad hungover. The previous days plan was to pack and finish our last minute shopping, instead we visited two rather good breweries and decided that preparation could wait. This is how we ended up walking less than 4 miles the first day, we left our packs in the car and walked south to the official start of the trail on Springer Mountain after the 2 mile round trip we grabbed our packs and bid Jed farewell before ambling northward for an underwhelming 1.7 miles to set up a early camp and reorganize our sloppily thrown together packs.

After much rejigging and eating our heaviest food items we settled in for our first night on the trail, and were rudely awoken by a monstrous thunderstorm (lasting over 3 hours), this being one of Heather’s biggest fears on the trail I comforted her for a solid 30 seconds before promptly falling back asleep, what a dick. Heather did get a modicom of unintentional revenge a few hours later, one of the thunderclaps woke me and I rolled over to be greeted by a glowing red cycloptic eye which gave me a start until I realized it was H using her red light setting on her headlamp to read.

The following days ranged from 10 to 14 miles. Most notably our bodies held up well, a few aches and pains but no blisters. The biggest challenge for me has been keeping a cap on the miles, I know this early in the game it is fool hardy push too hard but I usually struggle just hanging out at camp. 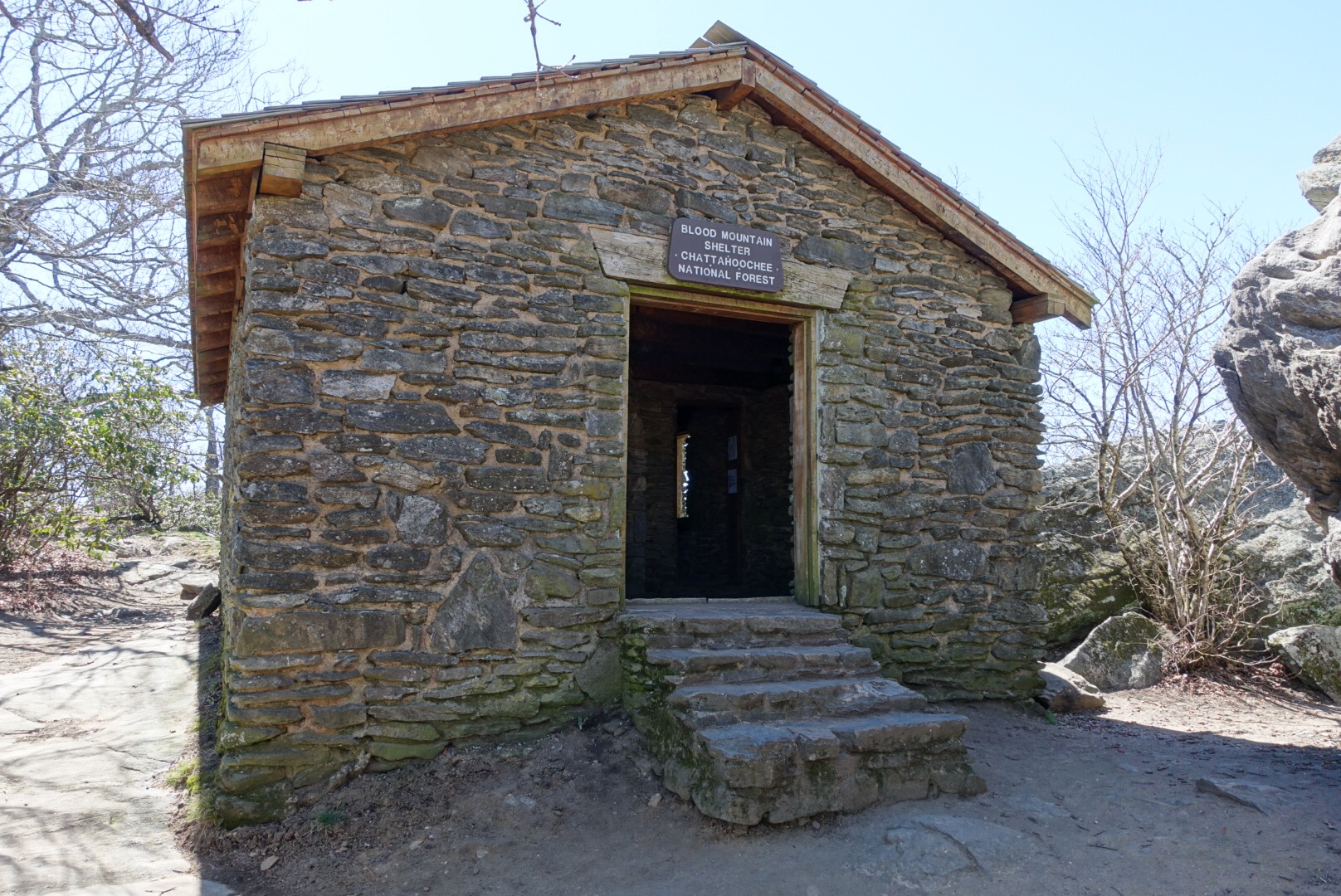 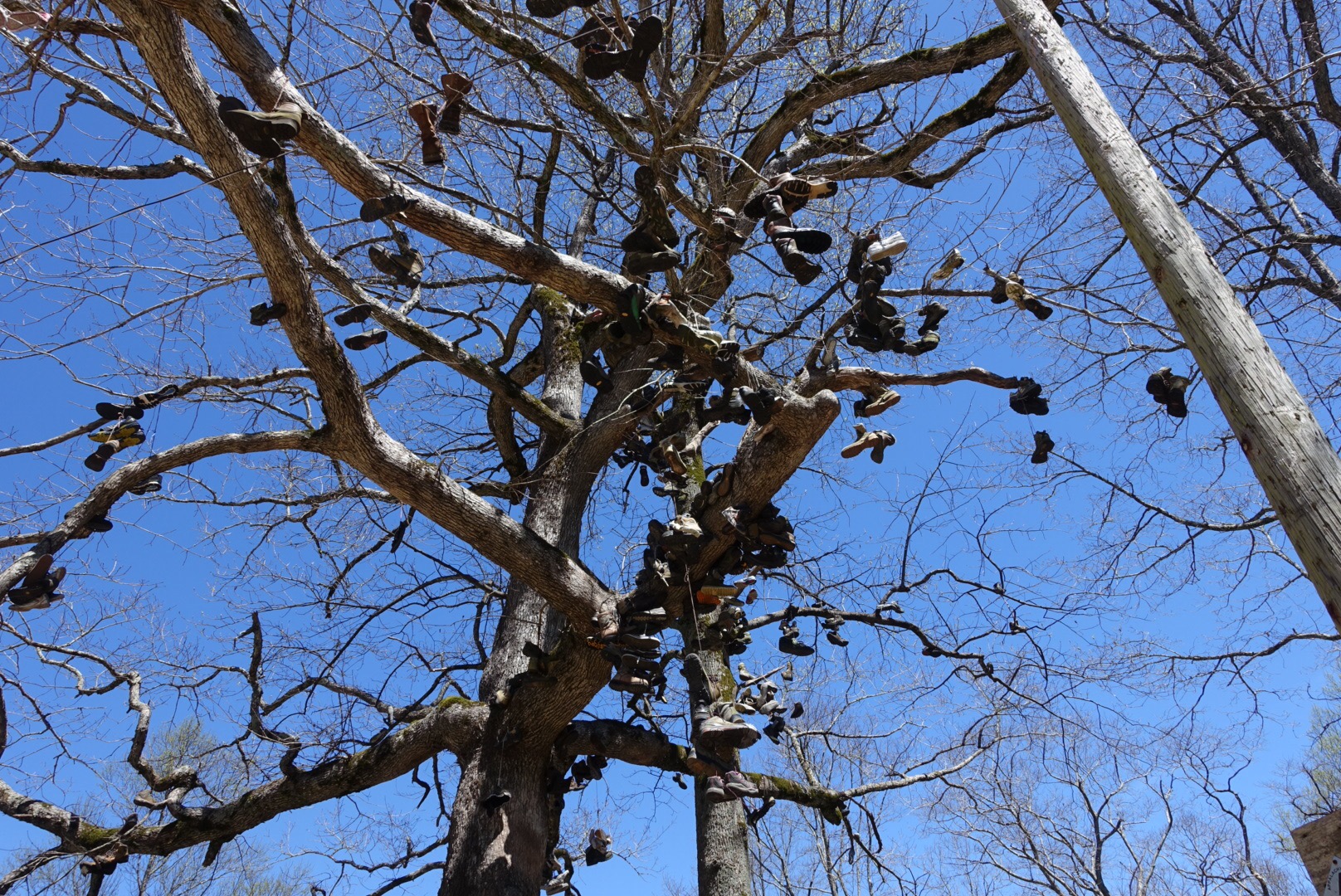 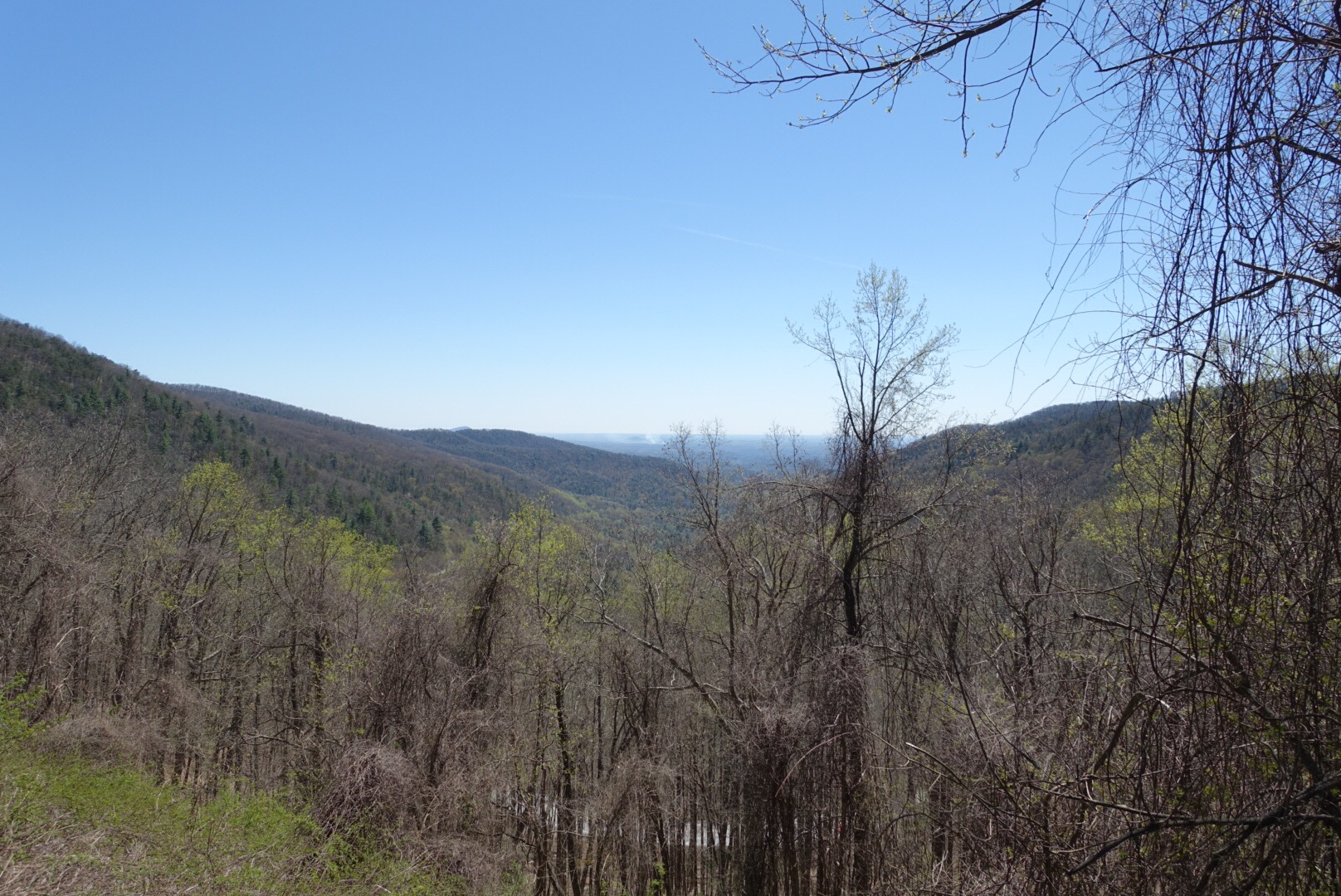 The only real calamity to befall us this week came courtesy of the most problematic critter on the trail, a mouse. The little bastard ate several holes in our Sea to Summit silicon collapsible X-pot. It was entirely our own fault for not hanging it with our food, at least the mouse was kind enough to eat above the 1l mark so we were still able to cook, sort of. 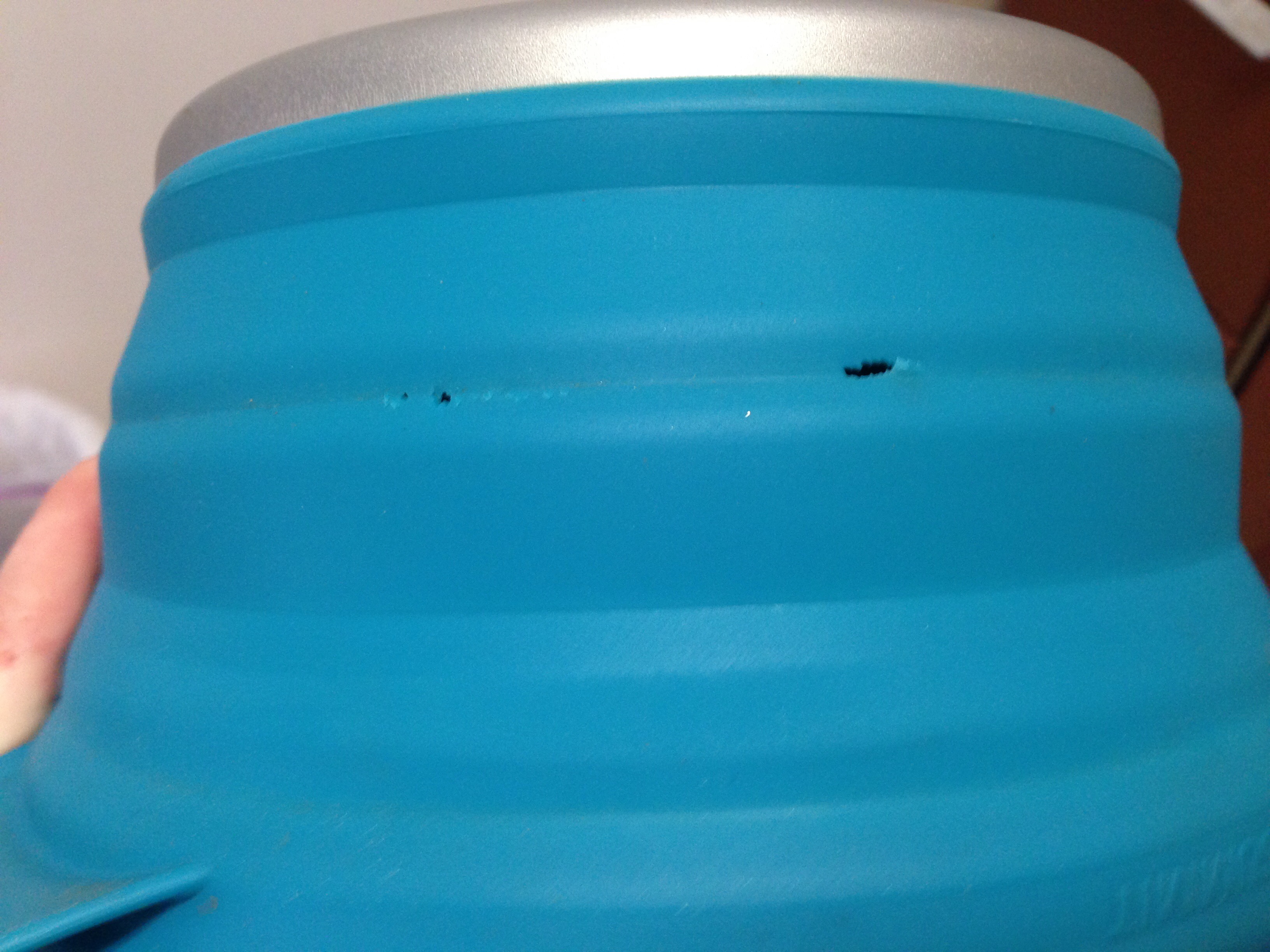 We also experienced our first trail magic, after a long hike down Blood Mountain (via Slaughter Creek Trail) we arrived at Unicoi Gap, and were greeted by an amazing church group cooking up burgers and handing pop out to thru hikers. A hot free meal in the middle of the day is an amazing pick-me-up. 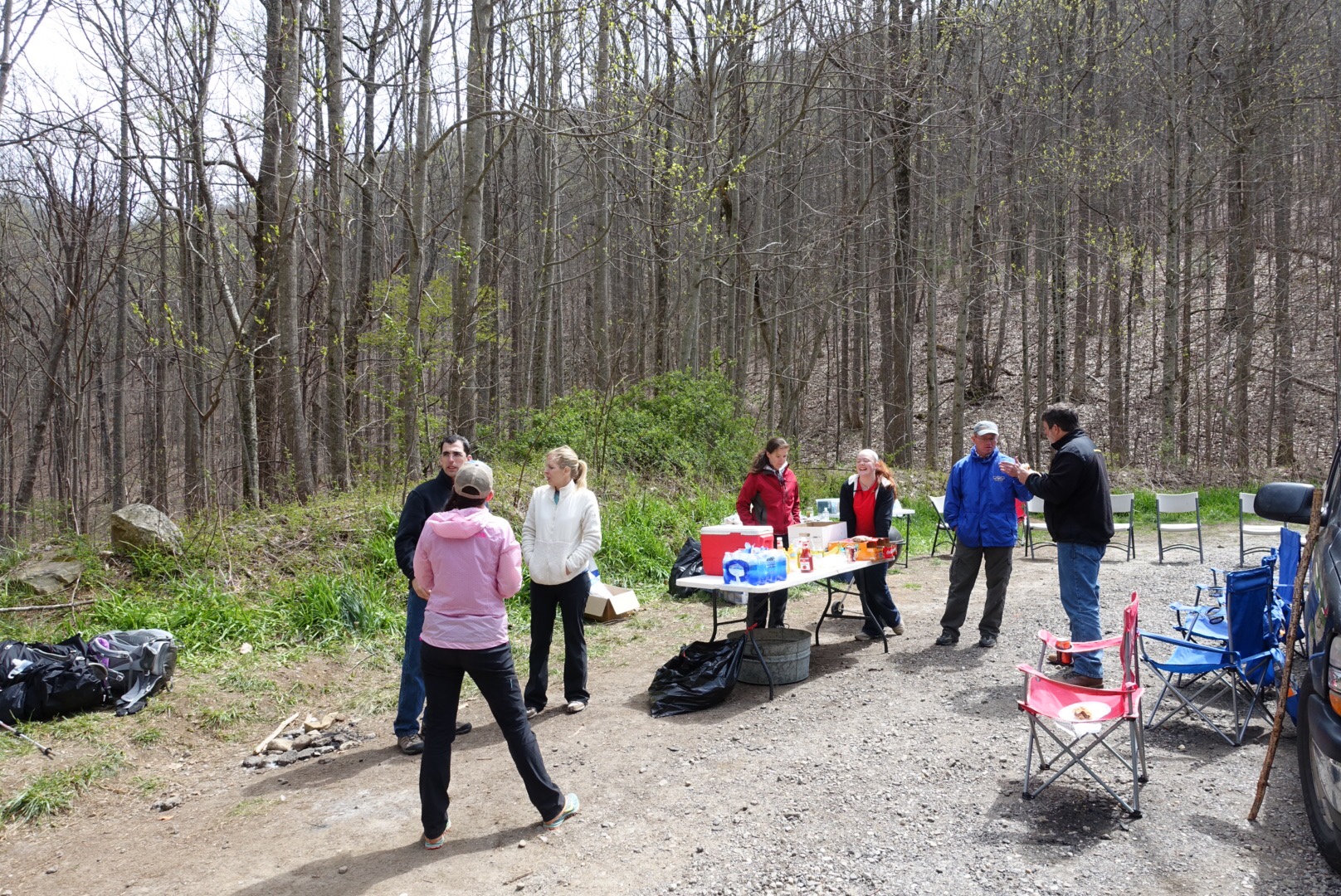 Other observations from our first week on the trail

I have found $0.18 cents along the trail, my aim is to collect enough for a beer at the end.
Place names along the trail are typically bizzar/crude for example Young Lick Knob, Dick Creek, Turkey Stamp, Woody Gap and finally Gooch Gap.
Shelters seem to be grim and populated by stoners and mice.
I have acquired the trail name Orange Crush, sounds like a jaundice superhero but I have embraced it.