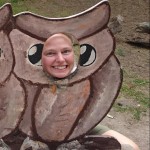 First Weeks on the Appalachian Trail

Leading up to starting the trail I had some injuries that I really struggled with. My Achilles and my arch were hurting for months. I promised myself that on trail I wouldn’t go and do 20km (12 miles) days in the beginning and instead I’d ease my body into walking. I spent quite a lot of time worrying that I would be bored out of my skull in camp by 3 p.m., so I brought a Kindle so I’d have something to pass the time with.

Starting at the Approach Trail

The night before starting on trail, my wife, Addi, and I stayed at the lodge by Amicalola Falls. The next day I started at the Approach Trail, where I got my thru-hiker tag and an intro to the trail and Leave No Trace. 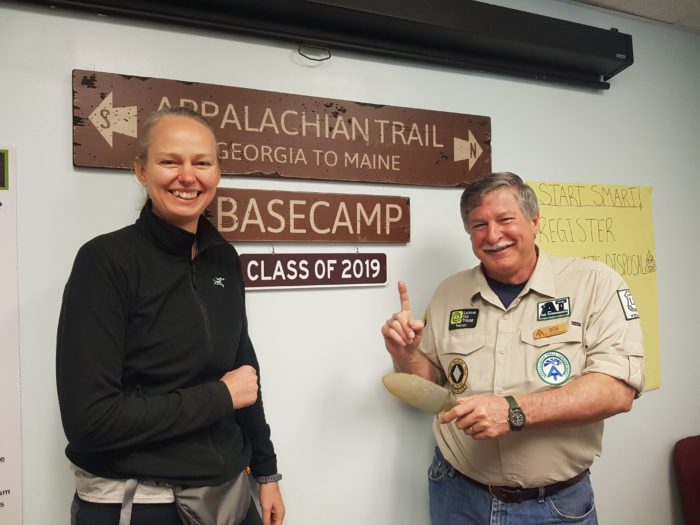 Addi and I had already done the stairs by the waterfall the day before, so she drove me back up to the lodge and we said our goodbyes. It was hard to say goodbye to the love of my life to start the trail but it really helped knowing that she would come and visit me on trail soon. I shouldered my pretty heavy pack (32 pounds with food for five days and water) and started toward Springer Mountain. Within 20 minutes I was already turned around and ended up backtracking to find the trail. I found the white blazes, though, and I was on my way. It turns out that hiking in the mountains is a lot of up and down and when I reached the top of Springer Mountain some 10km (six miles) up I was exhausted. I set my tent up, ate dinner, and crashed. I did not look at my Kindle.  I also realized that pretty much the minute I set foot on trail the injuries I’d been struggling with stopped bothering me.

I met a great little group of people all going north like me. PBG and I hike at about the same pace and we’ve been hiking together since day two or three. The acronym is her trail name and stands for Peanut Butter Girl. She brought a pound of peanut butter on trail for the first five days, so she earned the name.

We spent the next five days learning that 15km (about ten miles) days are hard work in the mountains. The weather was clear and a little cold, but all in all good. Together we stumbled into Neel Gap five days later and got a bunk in the dungeon that serves as a hostel. In those five days I learned that it was very easy to get my sleeping quilt wet inside my tent and that my food bag was probably not big enough to hold enough food for my appetite. I still didn’t have a second to look at my Kindle. Maybe it was dead weight in my pack?

The next week I started feeling stronger and more confident on my feet despite three to four blisters blooming. I got my trail name (Camel) for carrying ridiculous amounts of water. On the AT, there are water sources about every two to three miles, so really no need to carry five liters up a mountain.

We experienced our first trail magic from a Baptist church that cooked up hamburgers and hot dogs, and had soda, chips, and anything a hungry hiker could dream of. Trail magic is when people help hikers with free food, or anything that makes life easier for hikers. The people who do it are called trail angels. We took a couple of neros (a day where you hike a low number of miles) into the towns of Helen and Hiawassee to resupply and do laundry (I stank to the point of tears). We crossed into the state of North Carolina from Georgia and found some more trail magic in the form of burgers. Can’t get too many burgers.

When we hit the 100-mile marker at Albert Mountain it started raining like crazy. Our plan was to go to Rock Gap Shelter and spend the night there, but I eyed an opportunity to get into the town of Franklin to get out of the rain, so I more or less ran seven miles down the mountain in the rain to catch a shuttle to town. I made it! The reward was laundry and stuffing my face with Mexican food.

In Franklin, at Outdoor76, I swapped out my single wall tent for a Big Agnes Copper Spur HV UL 1 and I also got my shoes looked at by Rob. Rob is super knowledgeable about footwear, sizing, and choosing the best shoes, so I was curious if my shoes were good enough. It turns out that my Brooks Cascadias were just right—only two numbers too small, so I bought the same shoes in size skies. But Rob is right—they fit much better. I can actually toe off without having my toes cringe a little bit.

My new tent is on the left. Silers Bald in the background. 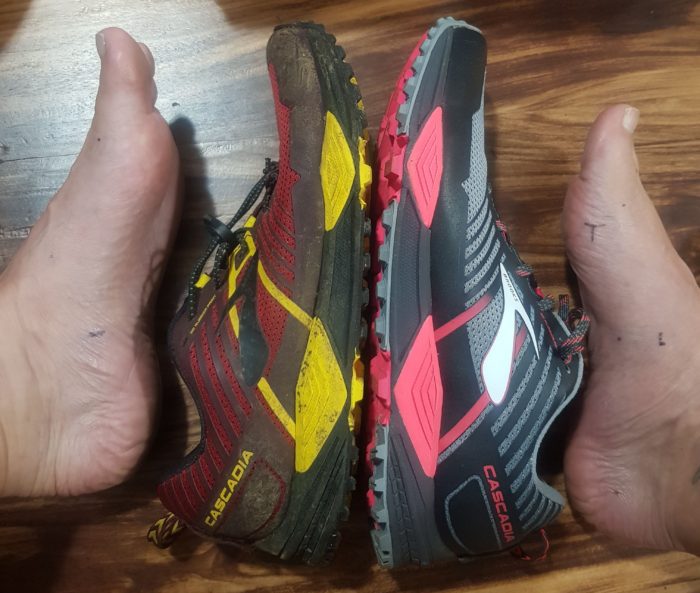 On the day we were hiking into the NOC (the Nantahala Outdoor Center), PBG and I experienced the best trail magic! We were in Tellico Gap when a couple pulled up in a car and took some photos of the view. They asked if we were thru-hikers and if they could help us by slackpacking our stuff to the NOC, where they were staying too. Slackpacking is when you have someone transport most of the stuff in you pack for you so you carry very little weight. We were thrilled at that offer and we exchanged phone numbers and we put most of our stuff in their car and flew up the mountain in what felt like zero gravity with such light packs. David and Laura might have saved my thru-hike that day, because coming down from the mountain into the NOC, my left knee started hurting to the point where I was limping the last three miles. I can’t imagine what that would have been like with a heavy pack. 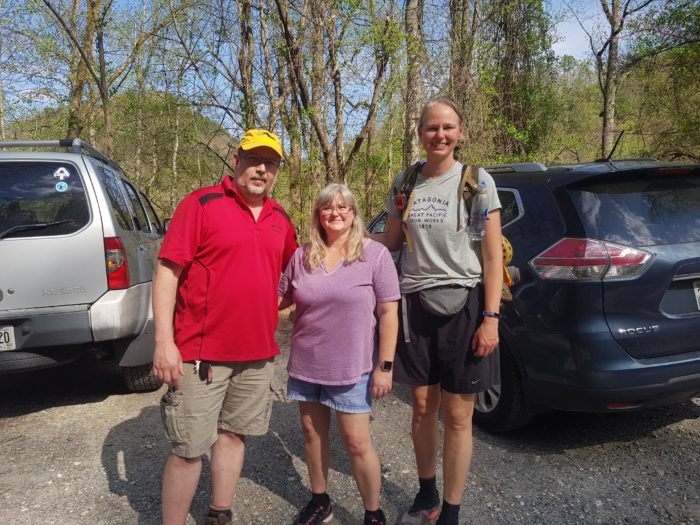 But these trail angels were not only slackpacking us—they gave us a huge bag of candy bars and then they took the two of us out to dinner. Such lovely people! It turned out that they were pretty experienced hikers themselves and they knew how trail magic can matter to hikers. We were completely overwhelmed with gratitude. Trail angels really play a big role in making this trail something special.

Hi! I'm Camilla. I like ramen noodles, cute animal videos on YouTube, and taking really long walks. I'll be going NOBO on the AT in 2019. I'm a web developer living in Copenhagen, Denmark and I am not a viking.