Five states down and a break in NYC

Since my last update, I’ve finished Vermont, Massachusetts, Connecticut,  and I’m now in New York, where I’m taking two zeros in the city. Vermont has been my favorite state so far because it seemed like the trail was so courteous, winding around obstacles instead of right through them. For once, I didn’t feel like the trail was designed by Satan. Sure, it was really muddy, but for the most part, Vermont was great. Mass was also great because the trail was very smooth, even though there were a few mountains. 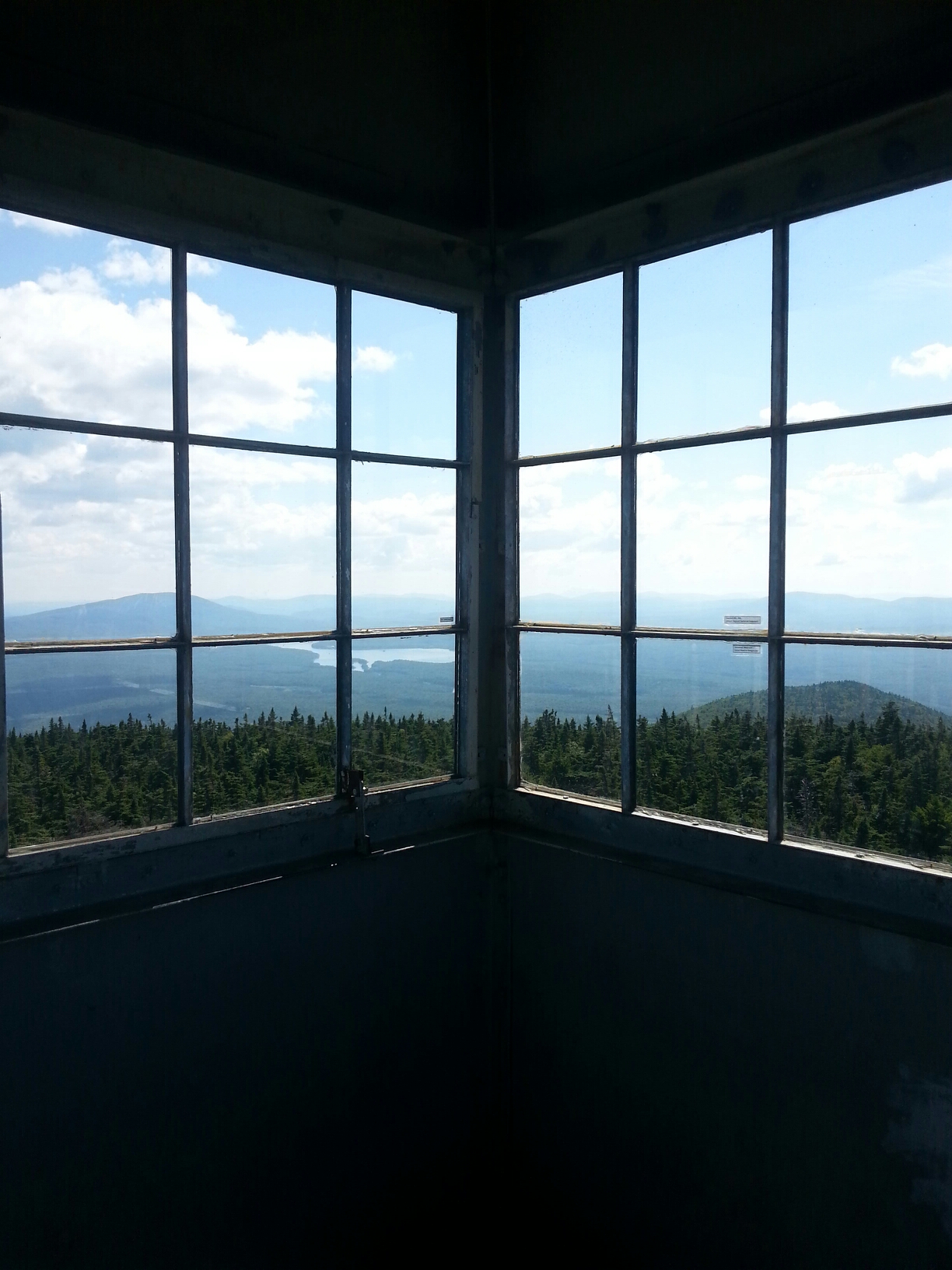 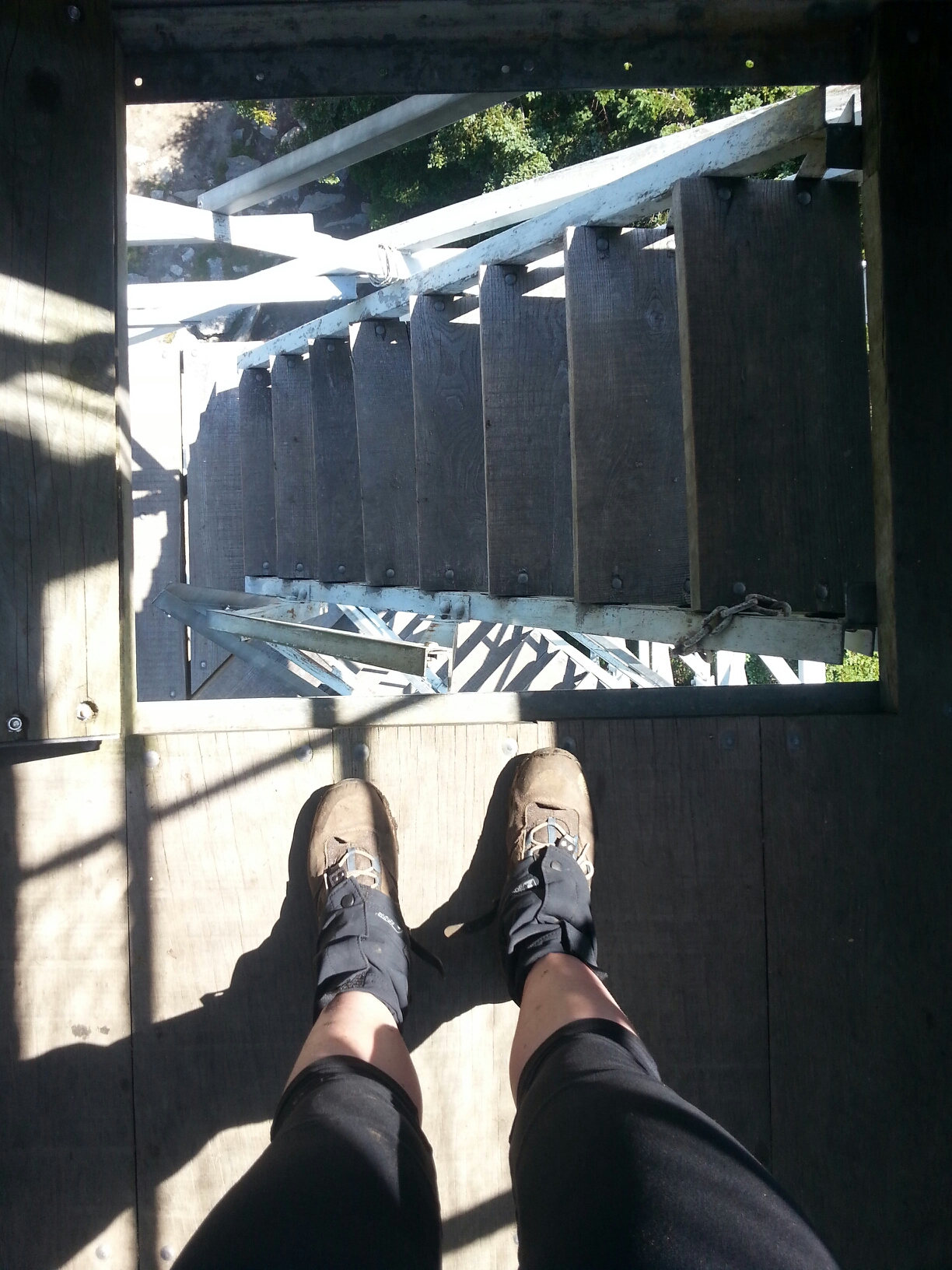 Mass kind of gave me the heeby jeebies, though. I felt like the woods were haunted, maybe because I associate Mass with witch hunts. Connecticut was not as cool for me, because there were some steep rocky sections that made me cranky. I also did my first 25-mile day in Connecticut, and that made me really cranky because I rolled into the shelter after the sun went down, and that really cramped my style. When I got to the Mt. Algo Shelter that night, there were a couple of older guys who were section hiking, and when I told them where I had started that morning, they said, “YOU’RE CRAZY! That’s 25 miles!” And when I told them I was going into Pawling the next day to catch the train to the City, they said, “That’s insane!” I thought their reaction was a little weird, but to be fair, I do feel insane sometimes for doing this, and I sometimes have no idea why I’m doing it. The extra miles we have been doing since Vermont were really starting to wear on me by that night, and I just really needed a break. The 18 miles to Pawling seemed to drag on forever, even though the terrain was pretty mild, but I made it around 4, just in time to get on the train. 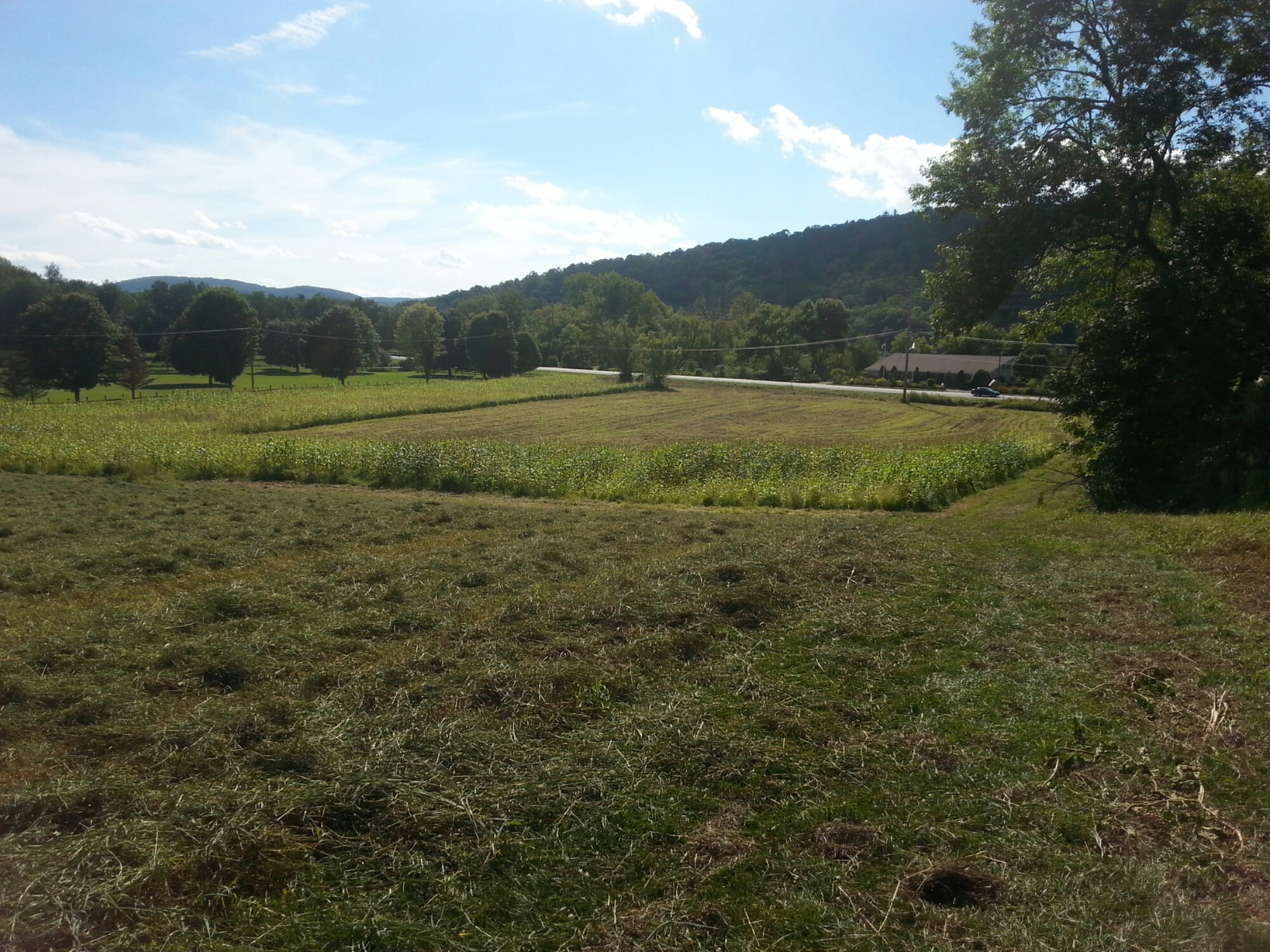 The terrain on the way to Pawling...literally walking through a farm.

When I got to the city, I checked into my hotel, and they told me they had upgraded my room to an executive suite with a king-sized bed for free. Honestly, all I wanted to do was lie down on that giant bed and never get back up. So I bought some pizza and took it back to my room, where I just stayed in and relaxed for the night. 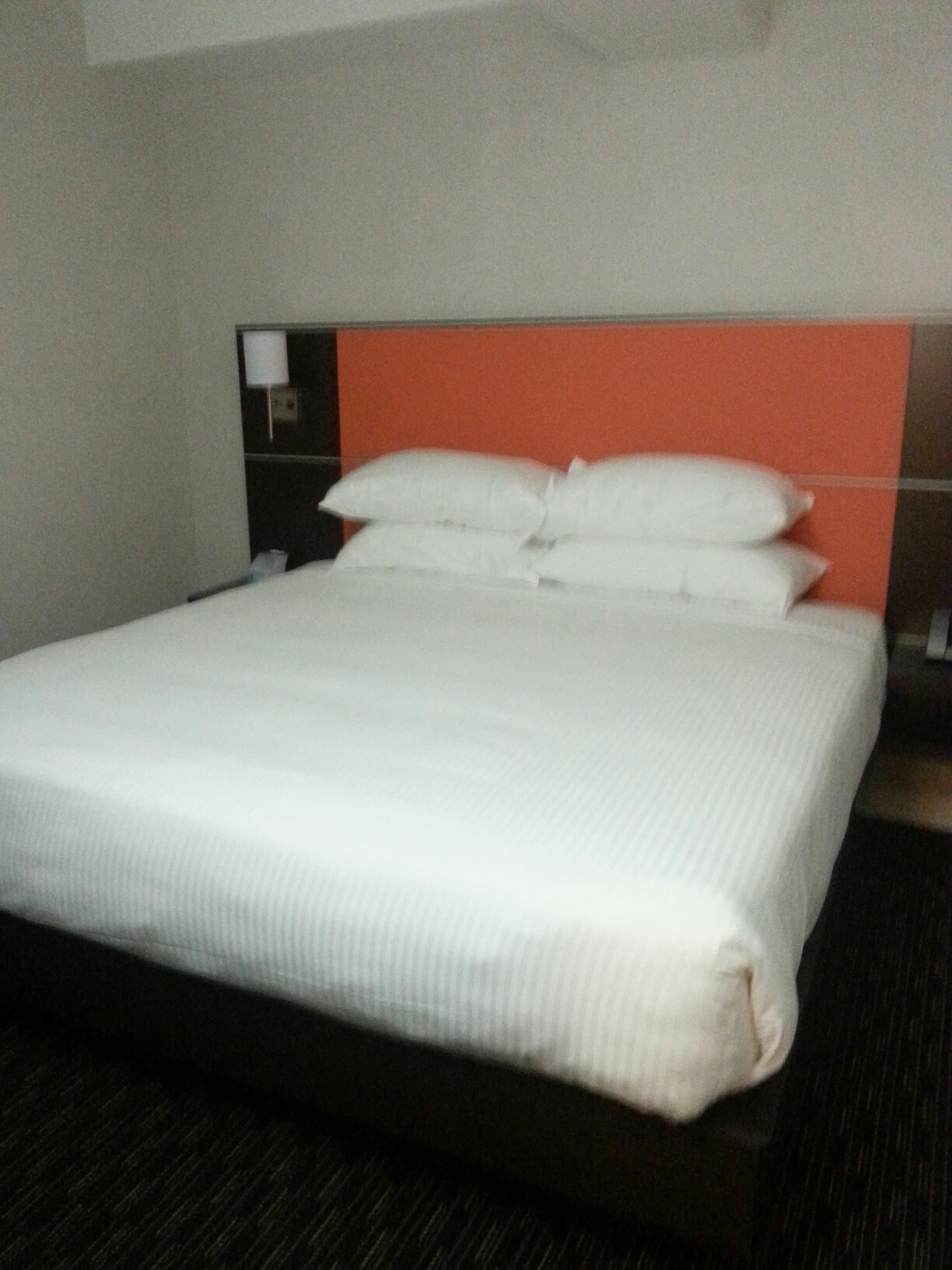 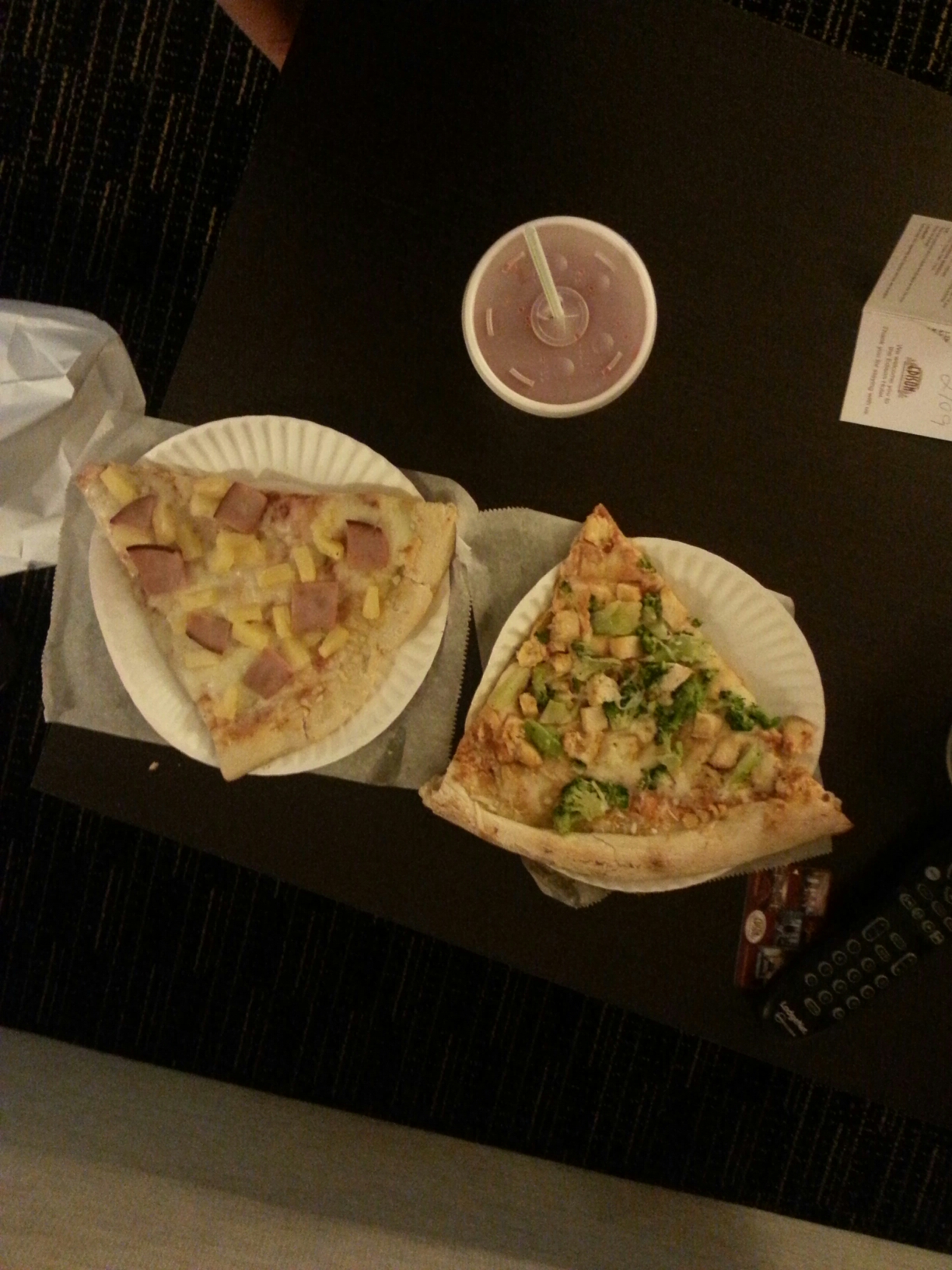 Pizza in my executive suite

I slept in till 8, and then I went to Magnolia Bakery and crushed a banana pudding and a red velvet cheesecake for breakfast–such a good life decision. I might go back tomorrow. 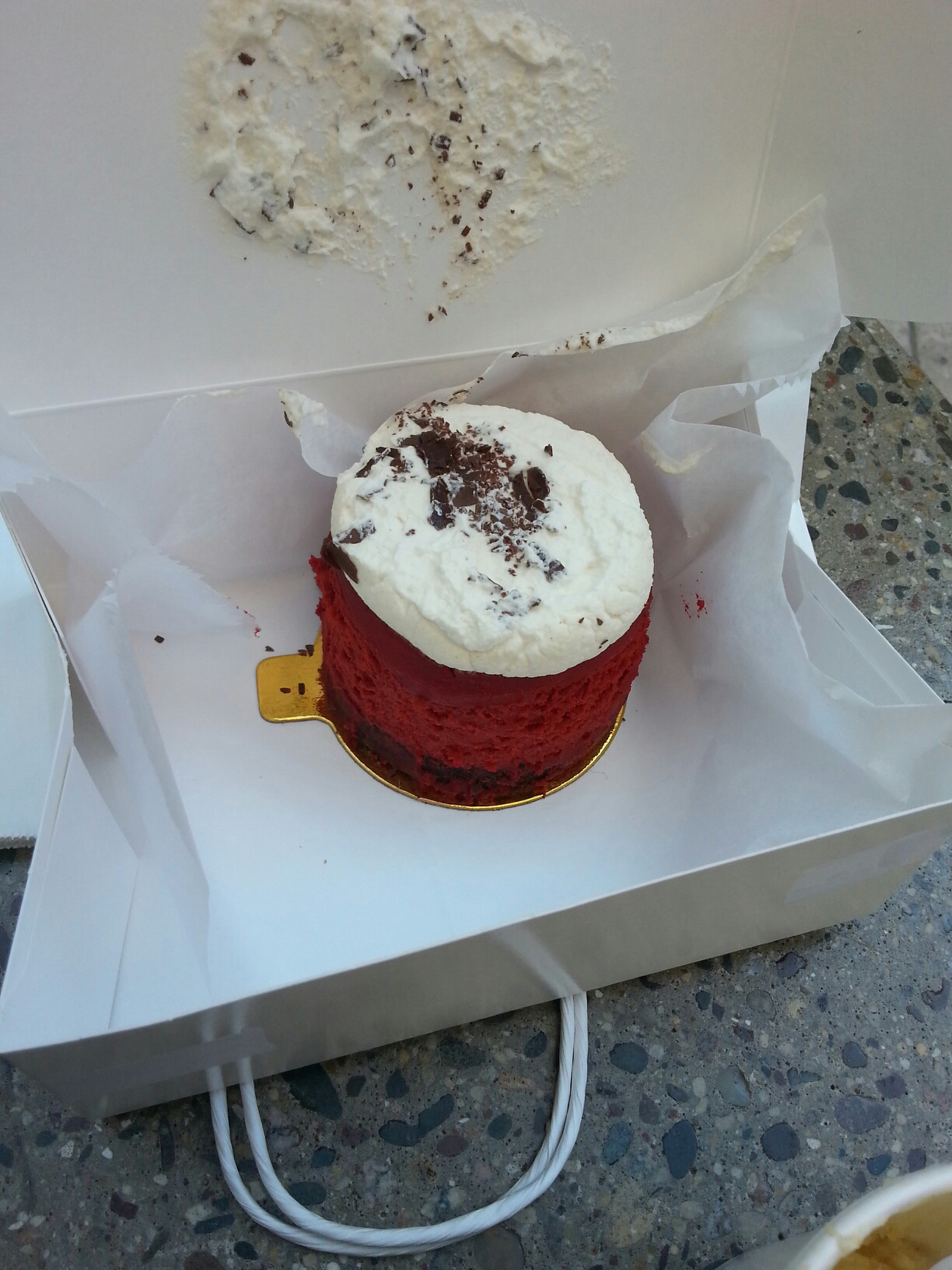 After breakfast, I went shopping for a town outfit, which was awesome because I have missed shopping so much. I put on that new outfit, headed to a dodgy laundromat, and did my laundry. At one point, I was ringing out my wet rain pants in a trash can and splashed water on a lady’s lap, and she exclaimed, “Oh my GOD!” with a look of horror on her face, which I thought was an overreaction, but I felt bad anyway. After doing laundry, I resupplied at a grocery store where a beautiful cat was wandering around inside smelling the candy. Then I bought a ticket to Matilda the musical. All I really wanted to do in New York was see a Broadway show because I love them so, so much. The show was really fun, and there was an old lady sitting next to me who kept loudly exclaiming things during the show because sometimes old ladies don’t realize everyone can hear them. She was hilarious. 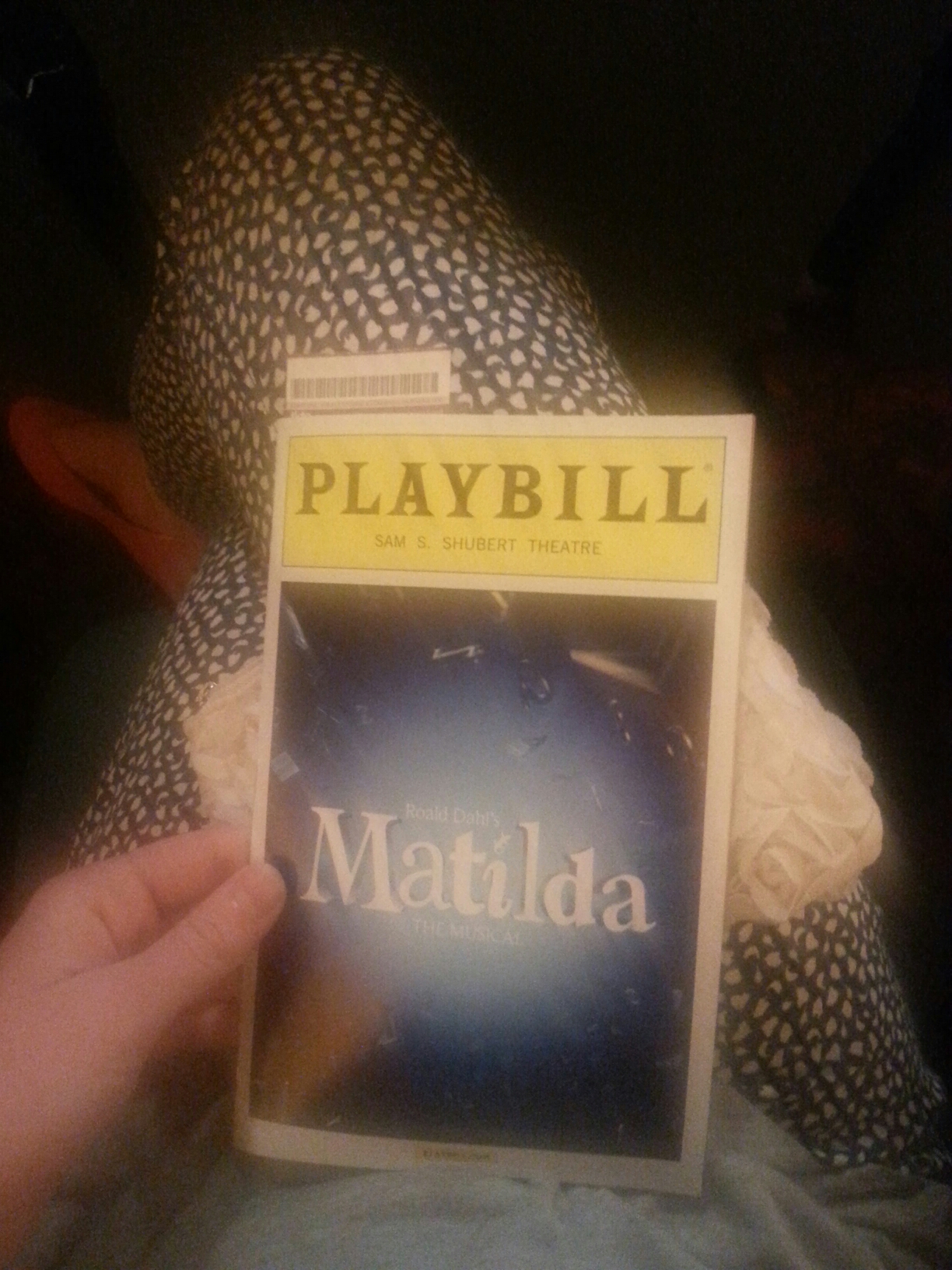 Tomorrow I’m planning to sleep in and maybe go to the MoMa, except that means I would have to walk, and I am supposed to be taking a vacation from that. I will, however, be eating lots of food, and then mailing my new outfit home. This break has been amazing and rejuvenating, and I feel like I can keep hiking. Lately I have felt really inadequate, like I’m just not equipped to face the challenges of the trail for another two-and-a-half months. It has also been hard to be so far away from the people who support me. Sometimes I just need a hug, and I literally have not hugged anyone in over 50 days. That sounds really dumb, but it’s tough to not have a good friend when things get tough. This break has really helped, though, and it will be okay. I’ve now done about 740 miles, which is about a third of the way, so I’m making progress and looking forward to New York and New Jersey, because supposedly there are all kinds of delis everywhere. Mmmm, delis.