Y’all, I leave for Springer Mountain in less than two months. I can hardly wrap my head around it. But I’ll pretend I’m prepared and address a few of the questions I’ve recently been asked.

So Why a Flip-Flop Hike?

I started thinking about doing a flip-flop hike after I went to a thru-hiking class by the AT Conservancy at REI in February last year. The woman teaching the class ultimately ended up telling us that she would flip-flop if she ever thru-hiked again. At that point I hadn’t ever really thought about the flip-flop thing, but it seemed pretty logical. I came home and told my partner (Isaac) about her story, and after some consideration we decided it was a good option for us.

While we’ve both agreed to go with the flow, our reasons for flip-flopping are mostly Isaac’s reasons. Isaac is a plant scientist and nature photographer (translate: huge nerd). My reasons for thru-hiking are not especially unique; adventure, challenge, self-discovery, etc. Isaac’s main reason for thru-hiking is to “better familiarize myself with ecological habitats, and observe what Appalachian plant communities really look like in the wild and how they exist together.” Admirable, right? 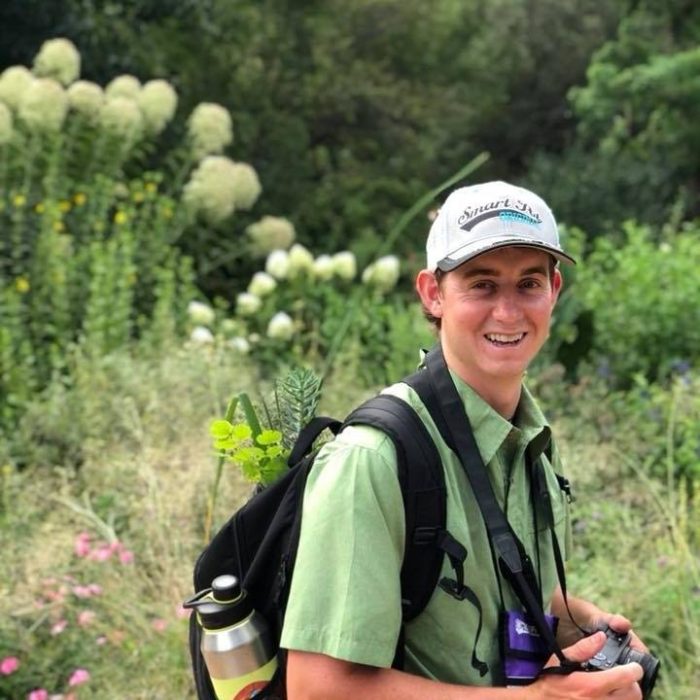 Isaac “the Plantsman” in his natural habitat.

So what does that have to do with flip-flopping? Spring comes much later up north. Our plan, loosely, is to ride with friends to Maine after Trail Days in Damascus. That should put us in Maine during peak spring bloom there, meaning we will essentially experience spring twice—once in the south, then again up north.

And Why a Bear-Proof Container?

At the very same class by the AT Conservancy, the teacher also mentioned that she carries a BV 500 whenever she’s in the backcountry. The AT Conservancy recommends that thru-hikers carry bear-proof containers, and their reasoning is solid. Still, it’s a controversial topic. I’ve been using my BV 500 for about six months now, and it’s awesome. I can’t say for sure whether I’ll end up carrying it for my entire thru, but for the time being the benefits justify the extra ounces.

I love having my BV for a  variety of reasons. The main one, honestly, is that I’m lazy. After a long day of putting in miles it’s great to set up camp, cook, and then just throw it all in my BV. Because, let’s face it—hanging a bear bag sucks. The bear vault is also a great place to sit when the ground is frozen or wet, and can even be a nifty little table for making a peanut butter tortilla. 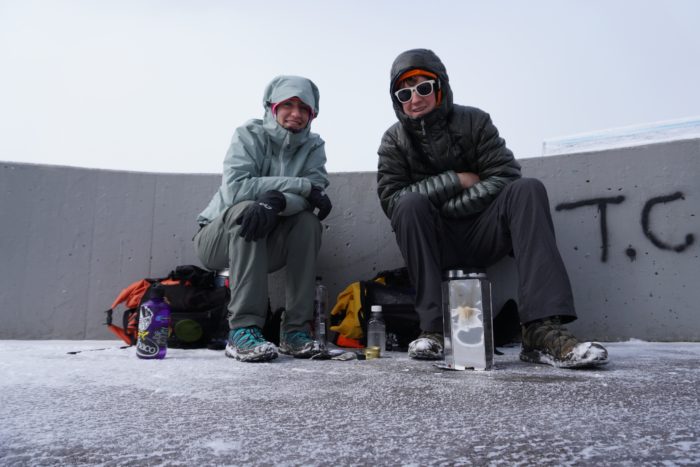 Chillin’ on our bear vaults in 23 degree weather.

But in case that’s not good enough reason for ya, I’ll recall a story from an eventful backpacking trip with friends this summer.

Over Labor Day Weekend Isaac and some friends of ours went backpacking in a beautiful area called Panthertown Valley. Now, before leaving we did a little research and discovered that there had been some bear issues in the area and that bear-proof containers were recommended. We had planned on bringing ours anyway, but took note of it and made sure to be cautious.

On the first day we hiked in just before sunset and when we arrived at camp, our friend Preston had already put his stuff down but wasn’t around. Somehow we failed to notice that what had originally been a tent was now a pile of nylon and poles. We put down our packs just as Preston arrived, and at that point the sun was beginning to go down. Preston immediately noticed that his tent was shredded, so naturally we all went to investigate. 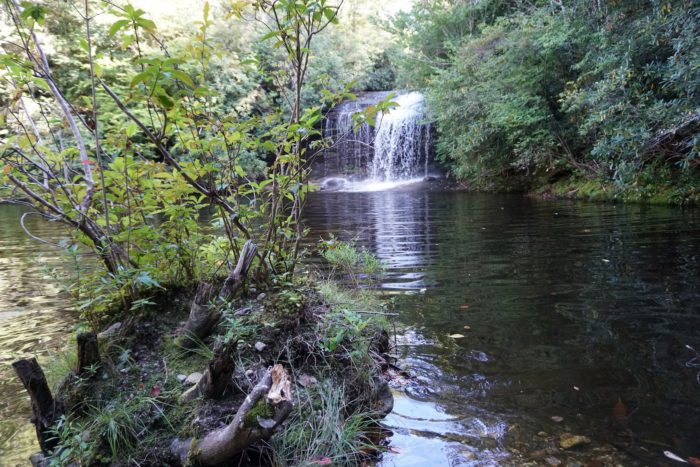 The waterfall across from our original campsite.

Then out of the corner of my eye I saw something fuzzy. I spun around and at the corner of our campsite, which was on a stream bank, was a black bear. I froze like a deer in headlights, but then we all started yelling at it. Ultimately I threw a water bottle at him and he ran off. Unfortunately, that was just the beginning of our bear trouble. 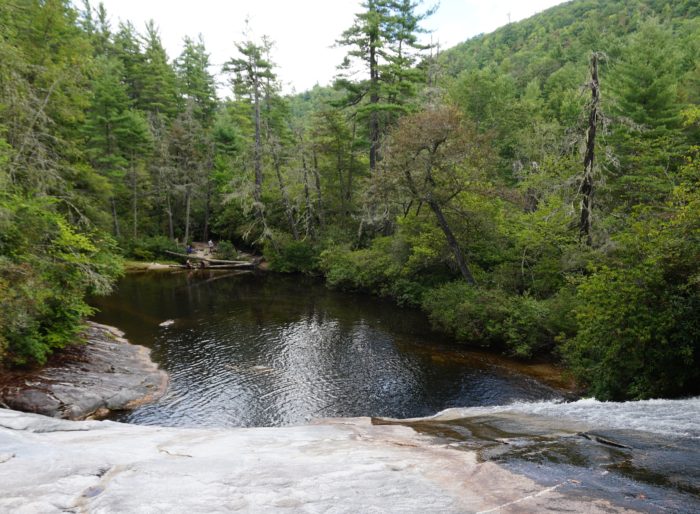 View of campsite from the waterfall on the opposite bank.

The rest of our group arrived, and we related the story. We decided to move campsites, but the bear continued to be a problem. Over the remainder of our three-day trip, the bear destroyed our friends’ bear bags each night. We  learned that the bear terrorized other campers in the area as well throughout the weekend. Over that trip, I learned how nice it was to not worry about my food getting stolen. I’ve carried my BV ever since.

Despite this, I am trying to be realistic. I’ve heard from more than one former thru-hiker that they started with a BV and ended up ditching it. I actually picked up an Ursack AllMitey on Facebook Marketplace, so if I do end up sending the BV home I’ll have someone send me that.

So these are my plans and some reasons behind them. But when it comes down to it, you gotta hike your own hike.

* I did end up emailing the US Forest Service about the problem bear. I definitely felt like he was a danger to hikers in the area and would come to harm if not moved.