Flip-Flopping From Katahdin? Here’s What You Need to Know.

Every year around this time, would-be NOBO AT thru-hikers flip north to Katahdin and start hiking southbound instead. Hikers choose to flip up to Katahdin for a variety of reasons. Some plan it that way from the start. Others plan to go NOBO all the way but find they’re hiking too slowly to reach Baxter State Park (BSP) before the snow starts falling. The Park recommends all AT hikers summit Katahdin before October 15th because snowfall is likely to shut down trails to Baxter Peak after (and sometimes even before) that date.

If you won’t be able to make it to Katahdin in time, a flip-flop hike might be for you. But how will you get to Maine, what should you expect when you reach BSP, and when is the best time to flip? Read on to find out everything you need to know if you’ll be flip-flopping from Katahdin. 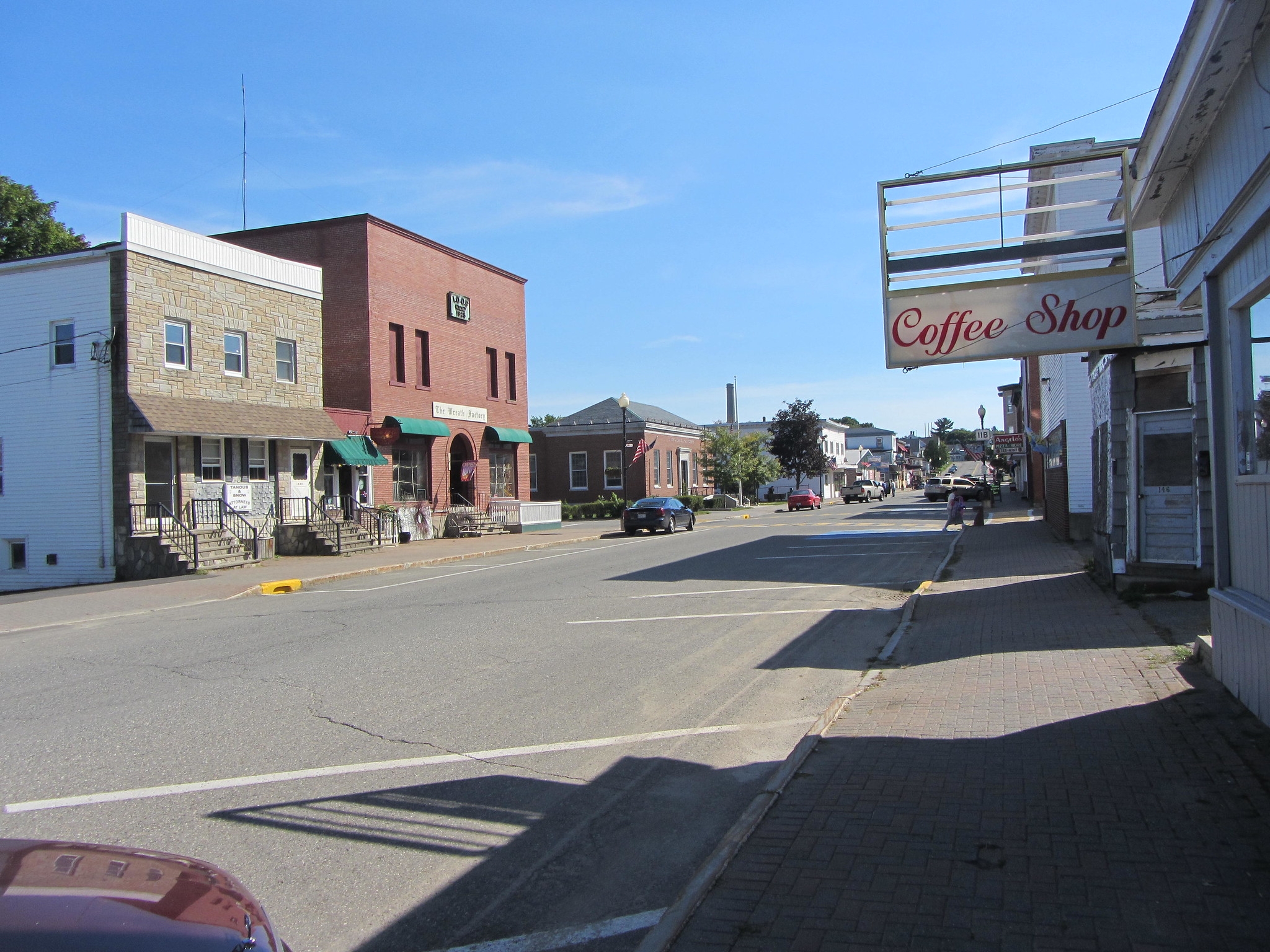 Millinocket, ME is the closest town to Baxter State Park. Photo via.

Most people fly or bus into Bangor, ME, catch a bus from Bangor to the town of Medway, and take the Appalachian Trail Lodge shuttle from Medway to Millinocket. The AT Lodge is a hiker-friendly hostel that will put you up for the night and shuttle you to Baxter the following day.

Important: While there is no direct quota for the number of day hikers allowed on Katahdin each day, Baxter controls the number of hikers indirectly by requiring all Katahdin day hikers (including southbound and flip-flop thru-hikers) to make a parking or camping reservation for the day they plan to summit. Even if you plan to shuttle into the park with the AT Lodge or any other service, you still need your own parking or camping reservation. You will also need to register as a thru-hiker at the Katahdin Stream Ranger Station before summiting.

2. You won’t be allowed to stay at The Birches.

You’ll need to reserve parking at a minimum if you’ll be flip-flopping from Katahdin. Photo via Chicken & Dumplin.

The Birches lean-to is for NOBOs (and section hikers/flip-floppers who hiked into the park from at least 100 miles south). Unfortunately, that means you won’t be allowed to stay there if you’re flip-flopping from Katahdin.

You’ll need to make a regular campsite reservation if you plan to stay the night in Baxter before or after summiting. Again, reservations can be made up to four months ahead on a rolling basis. Katahdin Stream Campground is right on the AT. The Hunt Trail, the official AT route to Baxter Peak, leaves from there.

Summiting Katahdin and hiking out of the park in one day is possible for some people. However, bear in mind that Katahdin is a very challenging hike, even for fit thru-hikers. Most people prefer to break the journey up over two days. If camping in Baxter isn’t an option for you, you’ll have to leave the park after you summit. You might try shuttling to Abol Bridge Campground for the night. The campground is on the AT just south of the Park boundary, so you can hike in and complete your remaining five miles in the Park with no need for additional shuttles.

If you end up going this route and then shuttle back to BSP the next day to hike south, you shouldn’t need a parking reservation for that day since you’re not summiting Katahdin. Best to call and confirm this with both Baxter State Park and the AT Lodge in advance, though.

3. There are several trailheads that lead to Baxter Peak (the Northern Terminus). 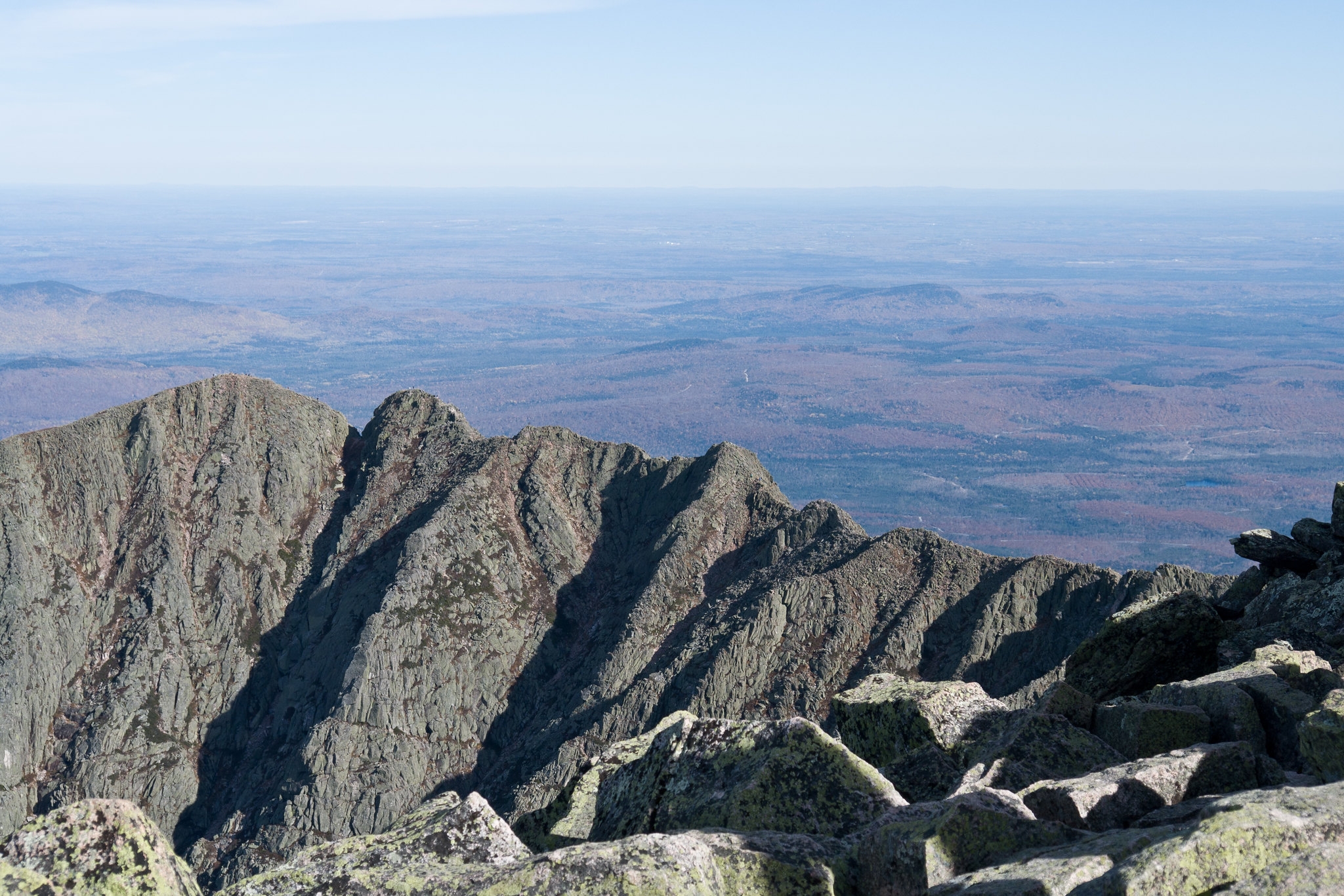 The Knife Edge between Pamola Peak and Baxter Peak. Photo via.

The big appeal of this route is the infamous Knife Edge, a narrow, treacherous spine with immense drops on both sides. Hiking the Knife Edge is thrilling and sure to earn you serious hiker cred, but also slightly terrifying. Note that Roaring Brook Campground, where this trail begins, is an hour away from the AT trailhead at Katahdin Stream Campground. BSP doesn’t offer shuttles between the two, but the folks at the AT Lodge pick up and drop off at both trailheads.

4. Summiting Katahdin (on any trail) is considered extremely challenging. 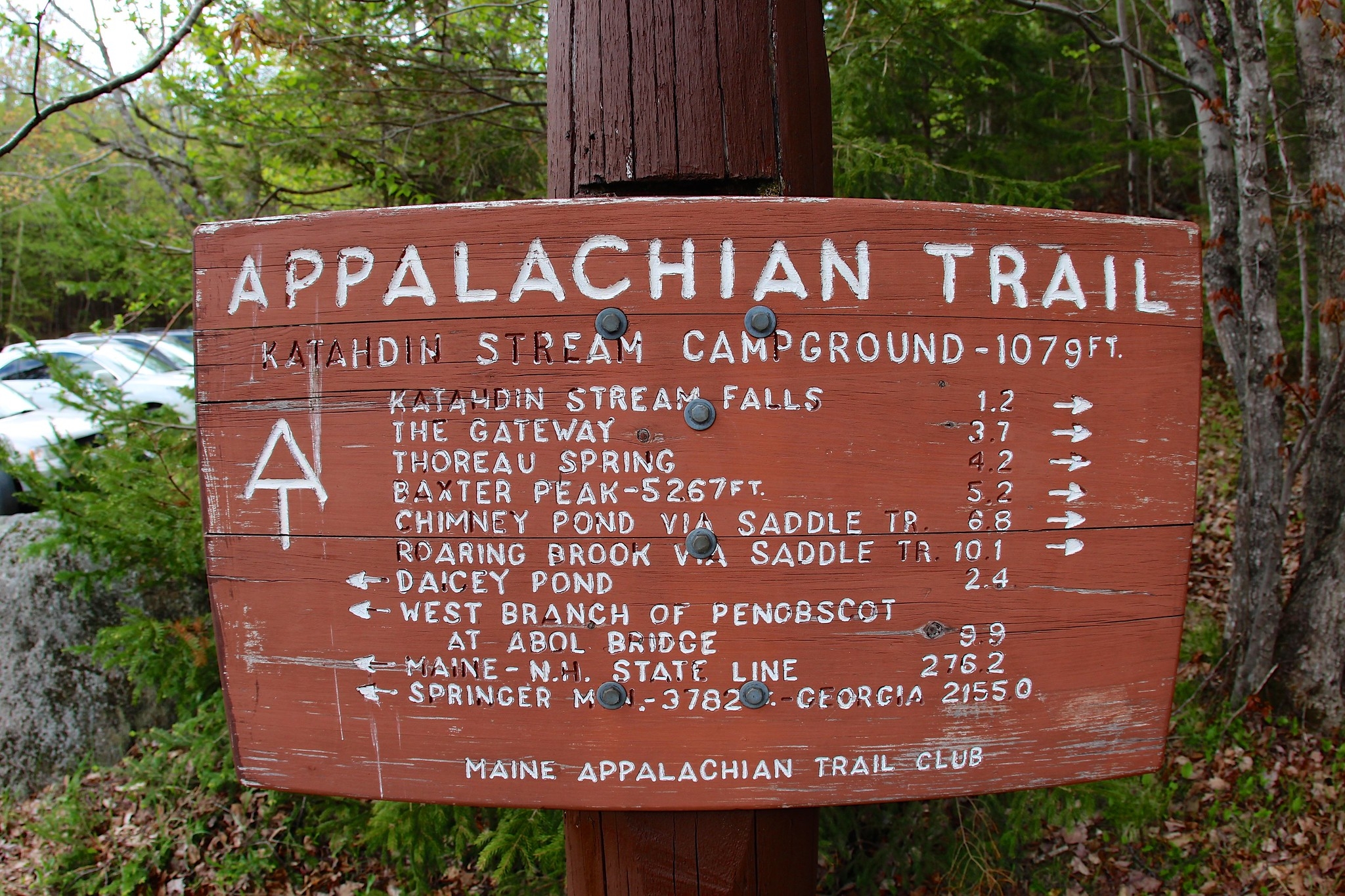 Make sure you’re prepared for a strenuous hike if you’re planning on meeting a thru-hiker at Katahdin. Photo via.

If you’re flip-flopping from Katahdin, the climb up to Baxter Peak will likely be the most challenging terrain you’ve encountered on the AT thus far. If you’ve hiked the AT through the Whites and/or southern Maine, you’ll have an idea of how hard it will be. Otherwise, the closest comparison in terms of difficulty would be Dragon’s Tooth in southern Virginia.

The Hunt Trail, the official route of the AT,  climbs nearly 4200 feet in just over five miles to reach the summit. Note that the first couple of miles are relatively gradual and have smooth tread underfoot. But don’t be fooled: the trail gets steadily steeper as you go (the elevation profile looks like an exponential curve). By the time you break out above treeline, the Hunt Trail becomes extremely steep, rocky, technical, and often vertigo-inducing. You’ll be completely exposed to the weather for the remaining 2.4 miles to the peak. The weather can change on a dime and it can be frigid up top even when it’s relatively mild at the trailhead.

The other trails that lead to Baxter Peak are no easier than the Hunt, and some are harder.

5. Resupply in Millinocket if possible. 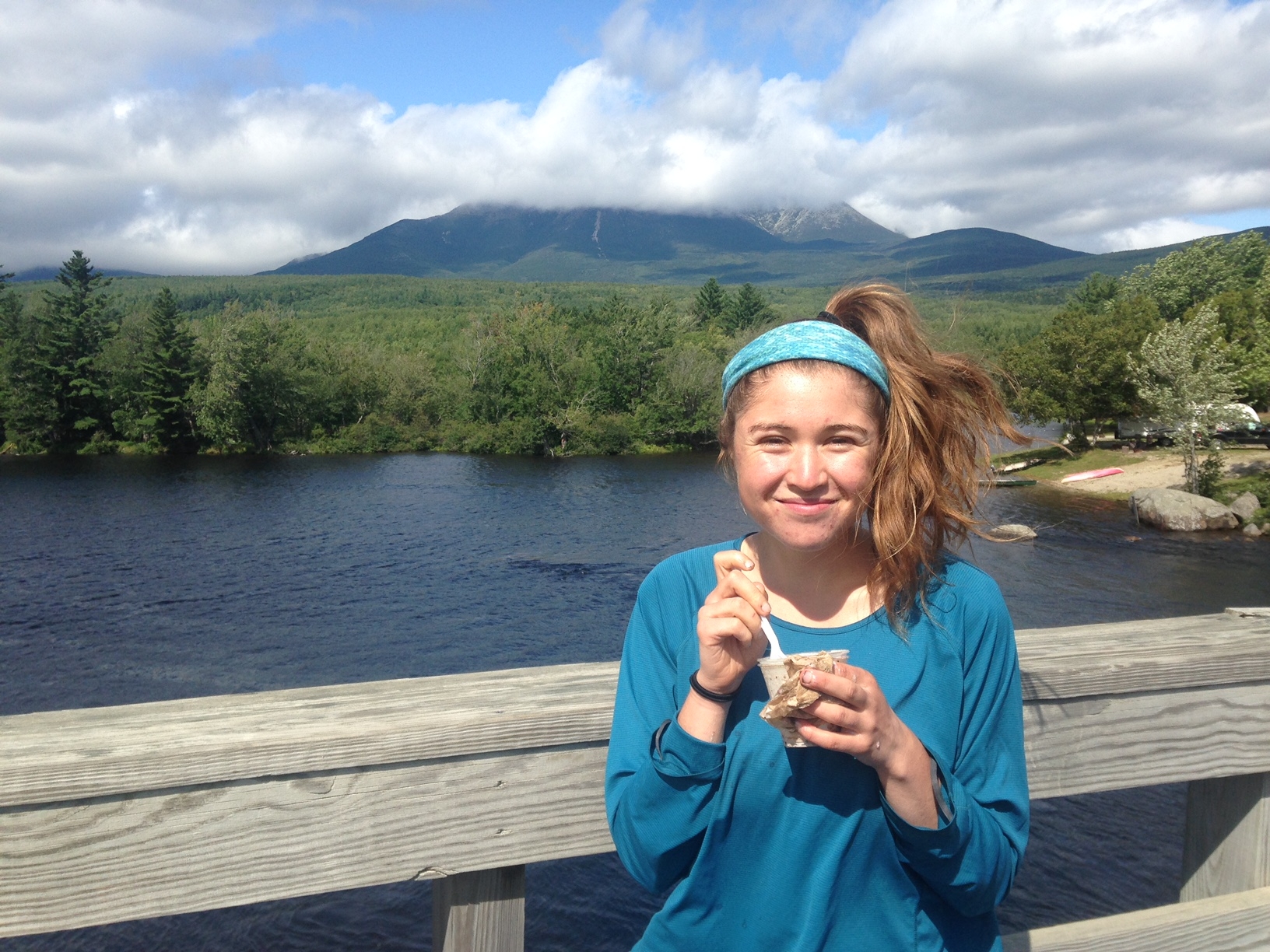 Millinocket is the place to resupply. However, you should definitely still stop at Abol Bridge Campground for a hot meal and/or some ice cream.

Regardless of your itinerary for summiting Katahdin and hiking out of Baxter, your best bet is to resupply for the 100 Mile Wilderness in Millinocket. If you need to top up your food bag, Abol Bridge Campground has a camp store with some basic hiker options. It’s expensive, though, and your options will be limited. It’s a long way to the next grocery store in Monson. Stocking up before leaving Millinocket is your best option. We do recommend grabbing a hot meal from the restaurant at Abol Bridge, though.

If your 100 Mile Wilderness food bag is feeling uncomfortably heavy, you can split it in two and pay the AT Lodge $35 to do a food drop about halfway through the section.

5. Flip-flopping from Katahdin can be psychologically challenging. 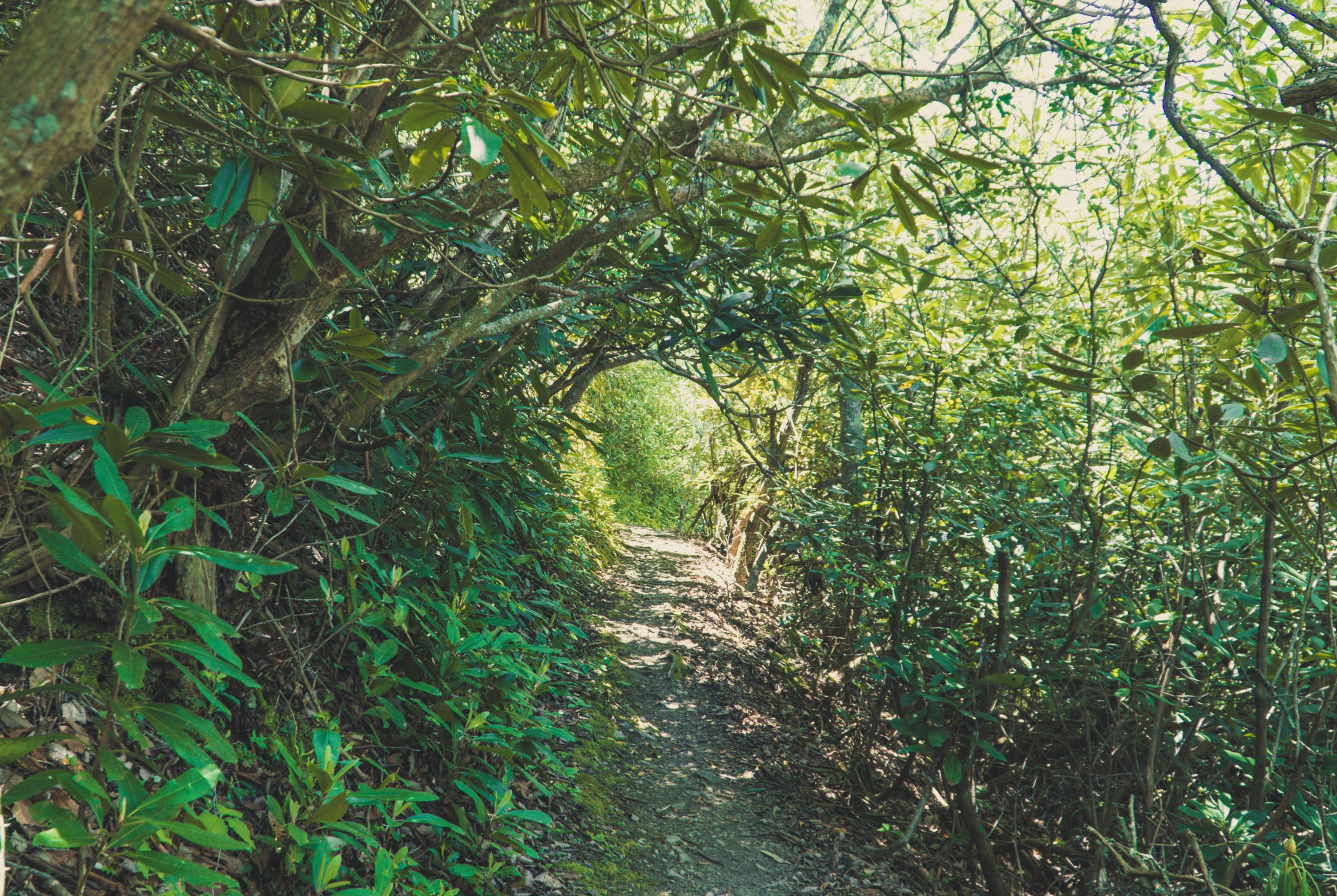 Especially if it wasn’t part of your plans to begin with. It’s hard to leave behind the dream of that neat, picture-perfect Springer-to-Katahdin thru-hike and overcome the stigma that flip-flopping can unjustly carry. Also, summiting Katahdin while knowing you still have hundreds or thousands of miles to go can mess with your head.

But the hardest thing of all is leaving your NOBO friends behind. It can be very isolating to flip north, losing your whole trail support system in the process, and start over again with a bunch of SOBO strangers.

The psychological challenge of flip-flopping from Katahdin is just one more difficult thing to overcome as part of your AT journey. It can be comforting to remember that you’ll probably cross paths with your NOBO friends again as you make your way south. Be sure to give them a high five as you pass by.

6. Late July/August is a great time to flip. 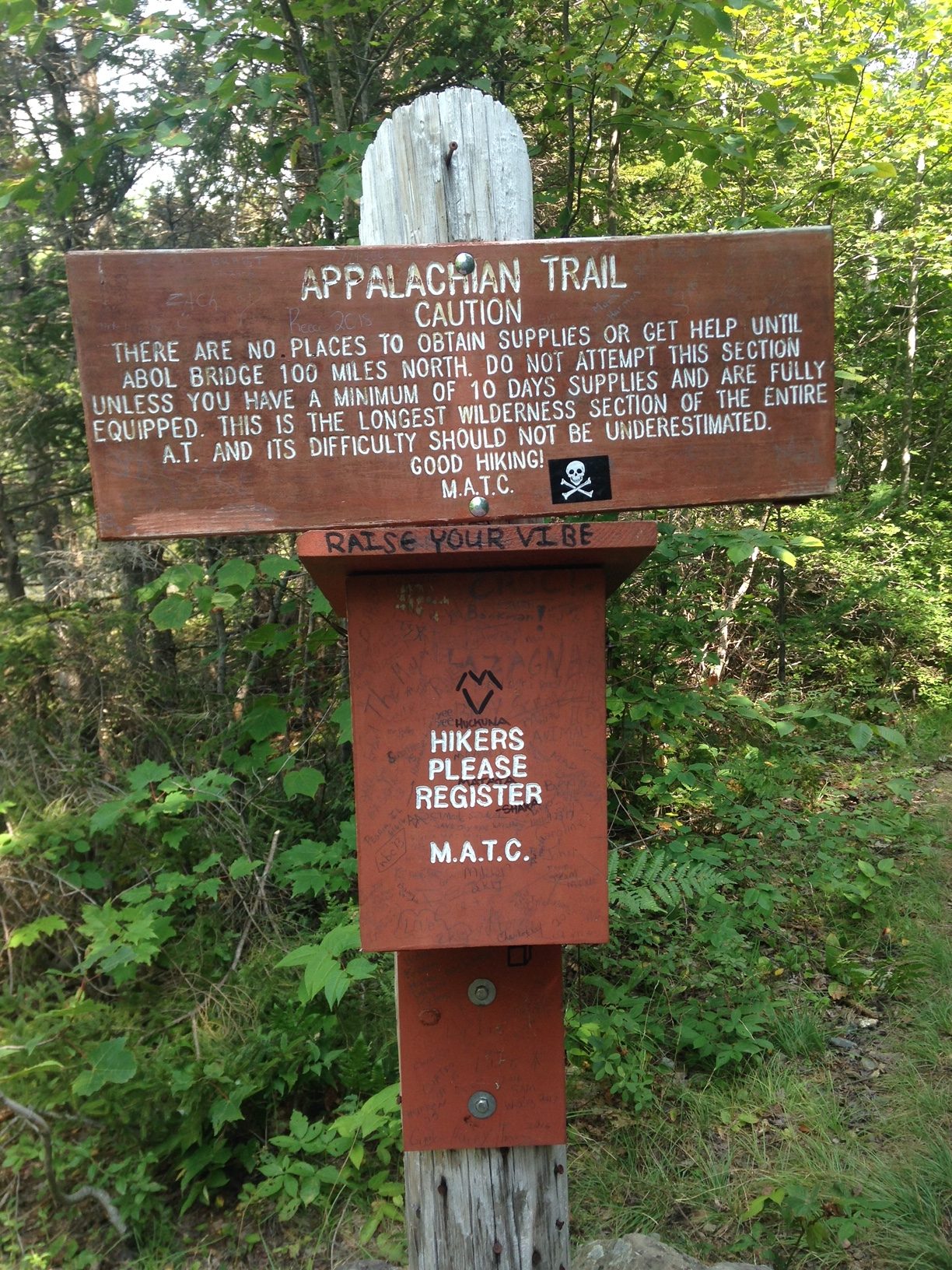 The famously difficult stream crossings in the 100 Mile Wilderness will be much easier by late summer.

By then, the blackflies are gone and the infamous stream fords in the 100 Mile Wilderness are much easier. If you’re flipping from someplace further south on the AT, you’ll probably enjoy a welcome respite from the intense summer heat too. Starting south from Katahdin in August will probably put you in northern Vermont by mid-September or so. You’ll be just in time to enjoy New England’s exceptional fall color change.

PSA: there’s nothing wrong with flip-flopping, and don’t let the haters tell you otherwise. In fact, flipping north to Katahdin has definite advantages. If you flip in late summer, you’ll get to enjoy Maine during the perfect hiking window, and you’ll get out from under the time pressure that forces many thru-hikers to push on and miss some of the best parts of the hike. Doing some research ahead of time to prepare yourself for the physical, logistical, and emotional challenges of flip-flopping from Katahdin will pay dividends down the road.