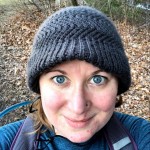 Flip-Flopping on My NOBO: Why I’m Changing It Up

There is an undeniable sexiness to having completed all 2,192 miles of the Appalachian Trial, culminating in a thrilling finish line at the iconic sign at the summit of Mount Katahdin.  Such an epic end to a once-in-a-lifetime adventure is a dream come true.  And here’s why it won’t be mine.

Getting Away From It All

Though I’ve never hiked completely solo before, on many occasions I’ve completed hikes where when we camp for the night, with the exception of my hiking partners and me, there’s no one around for miles.  And that feeling—having a little slice of the universe all to yourself—is so rewarding.

Backpacking has always been my respite—my chance to breathe. For my entire working life I’ve been in high pressure, demanding jobs, where I’ve always been on call—either formally, or out of a sense of obligation to my job and being the type of person who can always be counted on to get shit done. I’ve always delighted in being able to say, “I’m going backpacking for the next three days. Don’t call me. My phone won’t be on. And even if it was I won’t have service.” They’re the only times, other than my honeymoon, I ever gave myself permission to completely unplug from everything.

And while I know the Appalachian Trail is a popular, social trail, I’m looking forward to trying to spend some extended alone time with myself.  Hoping to do a little soul-searching, some testing of the limits of my resiliency. Do I think I’m going to emerge from the trail a changed person, that hiking 2,000+ miles will be a panacea for all of my problems? No, not necessarily, but a girl can dream. 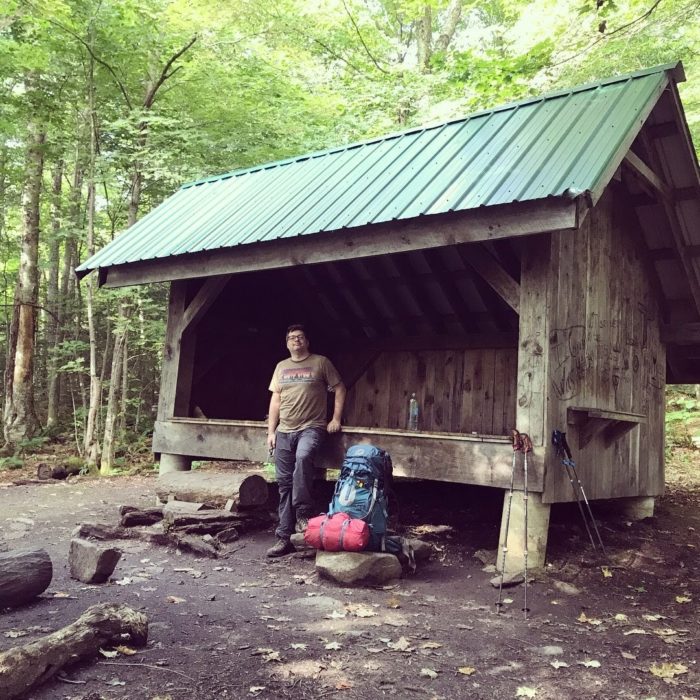 The Popularity of the NOBO

In order to maximize good weather, being able to finish the entire trail on time, and to build up to that epic finish on Katahdin, heading north from Springer Mountain, GA, is the most popular direction in which to hike the AT, starting in the March or April time frame. Which means that with the growing popularity of the trail there are hundreds of hikers who tend to clump together in large groups over a few hundred miles of trail.  Two days before my originally planned start date, there are 60 people registered with the ATC to start from Springer Mountain.  And that’s just those who have actually participated in the the voluntary hiker registry.  Some folks have told me that the actual amount of hikers on some days can double that amount, not to mention the addition of day hikers and section hikers.

There are ways to separate yourself from the crowds if you find yourself trapped in the bubble, such as stopping at shelters to eat and then pressing on a bit further to stealth camp by yourself.    But it’s not just about the crowds.  It’s also about the impact on the trail itself. 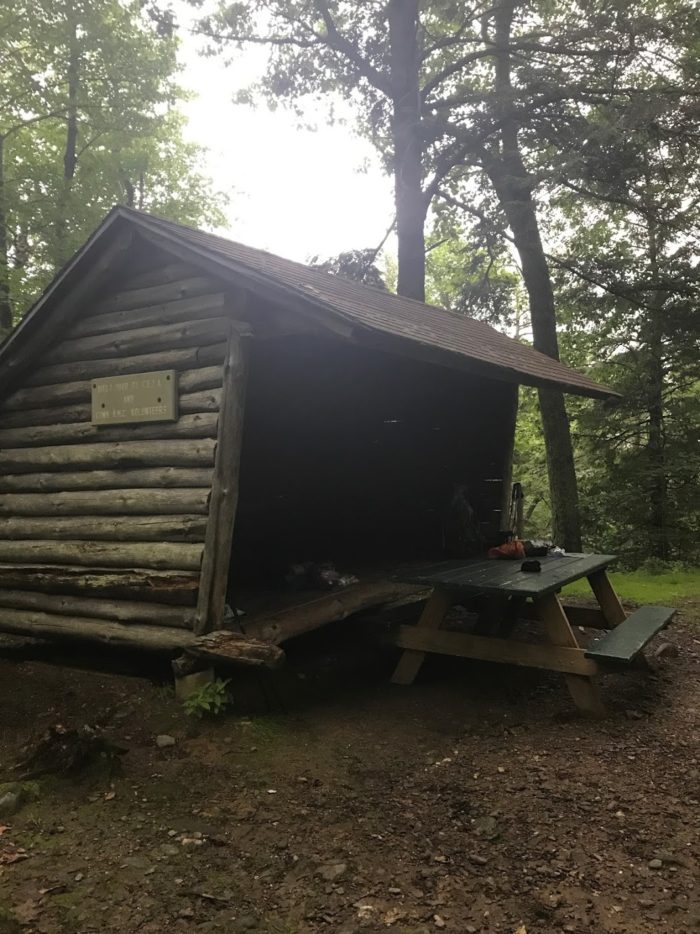 My husband and I got some alone time at this shelter on the AT in MA.

The Case for Flip-Flopping

As much as nature impacts me, I think it’s important to consider my impact on the trail as well.  The Appalachian Trail Conservancy actually encourages hikers to consider a starting point other than the Southern Terminus to avoid what they call “unpleasant conditions created when large numbers of hikers cluster together in the backcountry.” What that means in layman’s terms is crowded shelters/tentsites, overflowing privies, improperly used catholes, norovirus. In a word: tent cities and lots of poop.

Having less crowding on the trail is a huge benefit, but it’s not the only one.  Jumping up to the middle of the trail also allows you plenty of time to get to Maine.  The unofficial deadline for climbing Katahdin is Oct. 15 due to weather concerns.  Starting in the middle guarantees you completing the northern section of the trail in plenty of time, and then you can follow fall and complete the south in a more leisurely fashion.

The middle section of the trail tends to be easier terrain as well.  I’m not afraid of any portions of the trail, but starting out as a hiker with a little extra fluff and less advance training than I would have liked, starting in an easier section allows me to build my hiker legs up on easier turf. 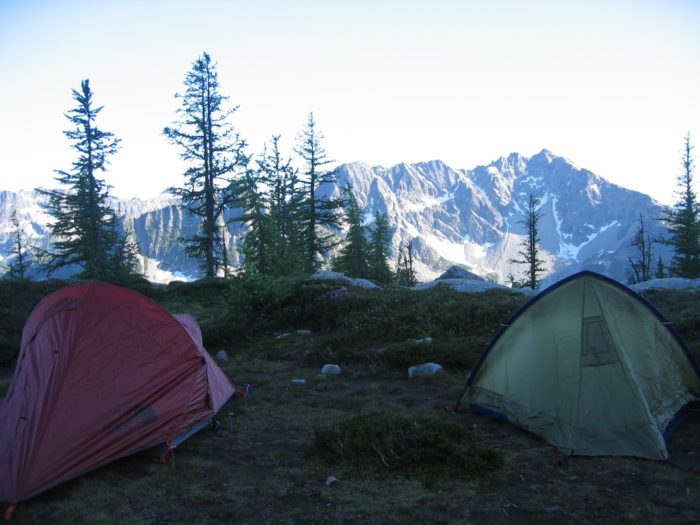 Stiletto Lake in the North Cascades – just me and my hiking buddies.

Yes! I love people!  And I’m looking forward to all of the amazing humans I will meet on my journey. I do look forward to developing friendships and a tramily—considering how popular the trail is I think this is inevitable.  I’ve actually never overnighted solo before, and to be honest the idea of that can be a little intimidating at times.  But I’ve decided that I owe it to myself to seek out the type of experience I want to have on trail.   To find those slices of solitude.  To be OK with being alone, just me and my thoughts and the woods.

I’ll still get my Katahdin, it just won’t be the end point of my journey.  Probably my biggest fear going into a flip-flop hike is that I won’t want to flip back down and complete the southern portion.  But as amazing as the Northern Terminus is, I know my real goal is getting that title of thru-hiker.  And no matter which way I hike, as long as I cover all those miles, it counts.   And so, rather than Springer Mountain, I’ll be stepping off from Shenandoah National Park in April.  Wish me luck!

Hi, I'm Jess, and in 2019 I'll be thru-hiking the Appalachian Trail! I've lived all over the country, but currently reside in Boston, MA with my husband and two cats, where we consider the White Mountains our backyard. I've slowly been working my way through the NH48. I have a habit of throwing my full self into everything I do, and I love hiking, knitting, spinning poi, roller skating, and chasing shiny objects.