Fontana Village Watching Game One of the Series

So back at the Boots Off Hostel, I found out one of the credit cards I’m using on this trip was compromised.  Evidently someone was buying electronics at Best Buy and a computer from Apple. They caught it so no big deal. But then halfway through the Smokies, I get a call from my wife that the same thing happened to my debit card.  So I was suddenly cardless in the middle of nowhere. My wife went to the bank and they express mailed a new card to the Hike Inn. Problem solved! 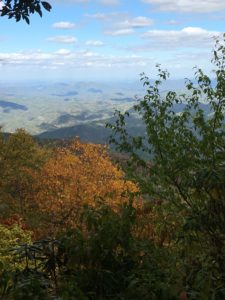 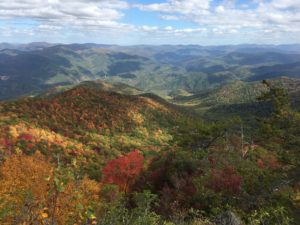 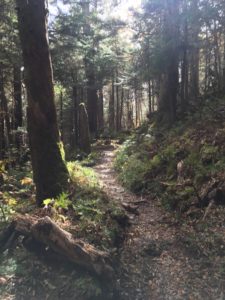 I love the morning light filtering through the trees 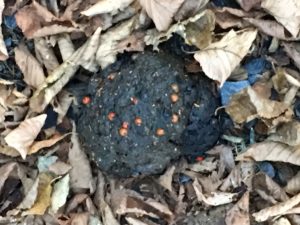 Does a bear poop in the woods? Evidently 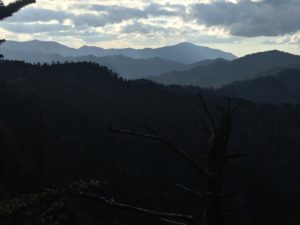 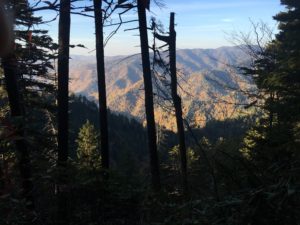 The weather was spectacular the first three days I was in the Smokies. On the fourth day, I met up with trail sister, Dysfengshuianal.  I met her on her first day out as we walked toward McAfee’s Knob. We ended up sharing shelters for several days. I got ahead of her, but knew she would eventually catch up and then I got hurt. After summiting Katahdin in early September, she took a break at home then started north from Springer. We had a nice visit.  The Icewater Spring Shelter was full so we had to tent nearby. Early the next morning, the temperature dropped and it started to rain. Cold enough for gloves, but believe me, they got wet.  I walked to Newfound Gap and went to the john to add a layer. I was so cold I forgot to ditch my trash including a package of ancient tortillas I picked up at Standing Bear. (Loved the hostel but probably not the best place to pick up tortillas).  It was a miserable day and without a credit card, Gatlinburg was out of the question. I walked into the Mt Collin’s Shelter. Got there by 2:00, crawled into my sleeping bag and stayed there until 8:00 the next morning. ( may be a world record!) Overnight the temperature had dropped to 18 degrees and the rain turned to sleet.  It was cold and some of my layers were still wet. Not a good combination! I have hopes that my left thumb will eventually thaw out.  Decided to walk to the next shelter and call it a day. I experienced Clingman’s Dome completely alone.  After stopping early at Double Spring Gap. This guy runs up with a water bottle in each hand. He was running the AT in the park…72 miles!  He didn’t pick the best day to do this, but after 30 miles, he looked comfortable. 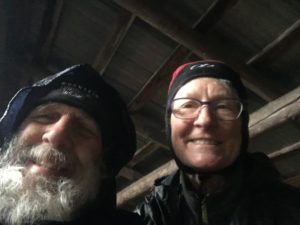 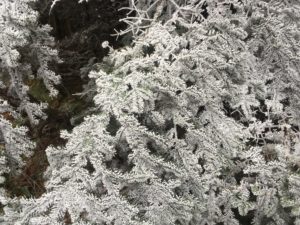 Ice coated evergreens next to the trail 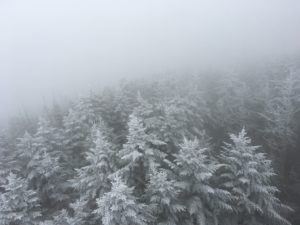 This is the legendary view from the observation deck at Clingman’s Dome. Had it all to myself!

The Smokies are beautiful and this is the perfect time a year to be walking through them.  While I understand the importance of camping only in and around the shelters in the park, I found it too easy to knock it off in the mid-afternoon rather than risking going for the next one and getting stuck walking after dark. I had gotten to the habit of stopping at a shelter to eat then walking until sunset and looking for a place to set up my tent. Looking forward to getting back to that. 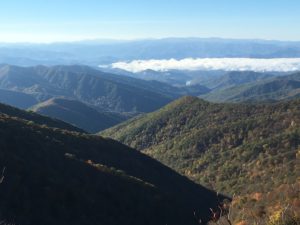 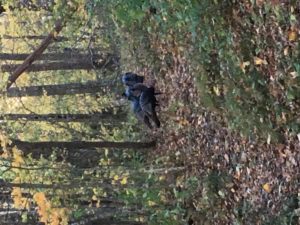 A bunch of turkeys hiking the AT 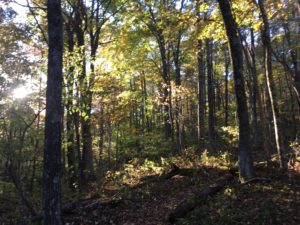 Love the Cubs and while I believe they are the best team, Cleveland is playing really well in spite of all of their losing 2 of their 3 best pitchers. Based on the first two rounds, it’s clear the God is rooting for the Indians.  I think it’s incredibly cool that the two teams who’ve waited the longest without a championship are in the Series. Cleveland in 7.  Lindor will be MVP.