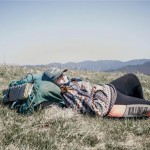 I Forgot My Pants on the Appalachian Trail

Yup, I forgot my pants on the first day of my Appalachian Trail thru-hike.

My dad, sister, and boyfriend drove me to the trailhead to meet my partner, Lindsey, at eight in the morning. I had a full stomach of breakfast food and I was ready to take on this day. When we arrived at Amicalola, we registered and got our AT tags, along with the speech that comes with it. The weather was perfect! It was the rainiest, coldest, windiest day that February in Georgia had seen in 2018. We said our goodbyes to our families and headed up the trail.
Let me be the first to say that no matter how many times I’ve walked up the stairs at Amicalola, I will never actually be ready for the stairs at Amicalola. Trust me; I’ve walked up them a million times. I worked at the Maple Restaurant in the lodge at Amicalola when I was in college, and I used to walk up the stairs before work some days.
Anyhow, I soon realize that no matter if you have a pack rain cover, you will never be able to truly feel that everything in your pack is waterproof. Everything gets wet. The only true reason that I wore my rain gear was the insulating aspect, because I was so wet underneath. My partner’s hands actually became numb about halfway through the hike because it was so cold. Our goal was to summit Springer Mountain that day but it was incredibly cold, so we stopped at a shelter that was about a mile and a half before Springer summit. Lindsey was in her sleeping bag trying to get warm when I arrived, and there was a gentleman in the shelter as well. I tried to change out of my cold, wet clothes and hop into my sleeping bag to get warm… However, that’s when I realized that I had forgotten two pairs of dry pants, two pairs of socks, a base layer, and my sleeping bag liner at home.

That’s literally all I could think when I realized I had forgotten so much of my stuff. I had packed, repacked, unpacked, packed again, unpacked, packed, packed, and packed some more. I had been practicing this for months so that I could get everything just right. Yet, here I was at Black Mountain shelter in freezing weather, completely soaked and unable to get warm. I looked at Lindsey and said what I had been thinking for a while: “I think I might hike out.”
She and I troubleshooted and tried to come up with solutions for a while, but in the end I made the choice to hike out. I began to walk out, and I called my father to come pick me up. Luckily, my father is a DNR officer and doesn’t live very far from Springer. A mistake that some people make, and that I made, was thinking that the parking lot for Springer Mountain was around the same place as the actual Springer Mountain summit. In the dark, I summited Springer. There was so much fog that I couldn’t see two feet in front of me.
Pro tip: Put on a podcast to distract from how scared you are about hiking in the dark, dank forest. (lol)

Finally I got to the parking lot and my father picked me up. I got home and got my life (pants) together, and he brought me back in the morning. I met Lindsey the next morning at the Springer parking lot, and off we went again. March 1 was a dreary day as well. Wet, but not as cold. I had a successful day and we ended our journey that day at Hawk Mountain Shelter. There were a lot of people staying there, so we camped out in our tents. I felt cozy, calm, warm, and certainly happy in my NEMO tent and NEMO Jam sleeping bag. I finally felt like I was on the trail. However, there are no shortage of setbacks in life. 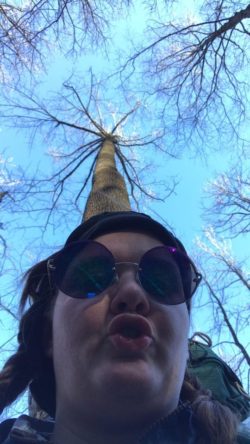 I thought the coughing was nothing that night. I wouldn’t let a small cough stop me; besides, what little phlegm I was coughing up was a light color and I assumed it was just from breathing in cold and moist air for the last couple of days. The next morning, the phlegm was green, but still, the stubborn side of me said that I needed to push on. I wasn’t feeling bad so I decided it wasn’t anything crazy. We chose to take on a 12.5-mile day and attempt to make it to Woody Gap, so that we could pick up our mail drop at Neels Gap the next day. Although, we didn’t quite make it to Woody Gap.
I ascended Sassafras Mountain with confidence and eventually got to the top. I stopped to catch my breath, but I just couldn’t get ahold of myself, so I took a sit and ate a bit. What came next began to frighten me. Walking downhill, I was breathing incredibly hard and heavy — which was something that doesn’t happen for me. Before I got to the shelter there was a slight uphill incline, and I could hardly get up it. There was a serious struggle.

I took this photo when I realized that I actually wasn’t breathing. For real, I thought I had blown out a lung or something terrible was happening. It took me about an hour to get a mile and a half to the shelter, where Lindsey was. I took a rest and finally pulled Lindsey aside and told her what was up. She said that she could tell something was off with my breathing. She was right; every time I took a breath it sounded like someone was revving an engine in my chest. Lindsey and I made a plan to get to Gooch Gap and see if we could get somebody to pick us up there. We were only a mile from Gooch Gap, so surely we could make it down there in no time. While this wasn’t a problem for Lindsey, it took me another hour to get to Gooch Gap. I was lucky to have a friend who drove up to grab us from the trail. That evening I went to the urgent care and the doctor told me that I had bronchitis. Yayyy! Ugh. 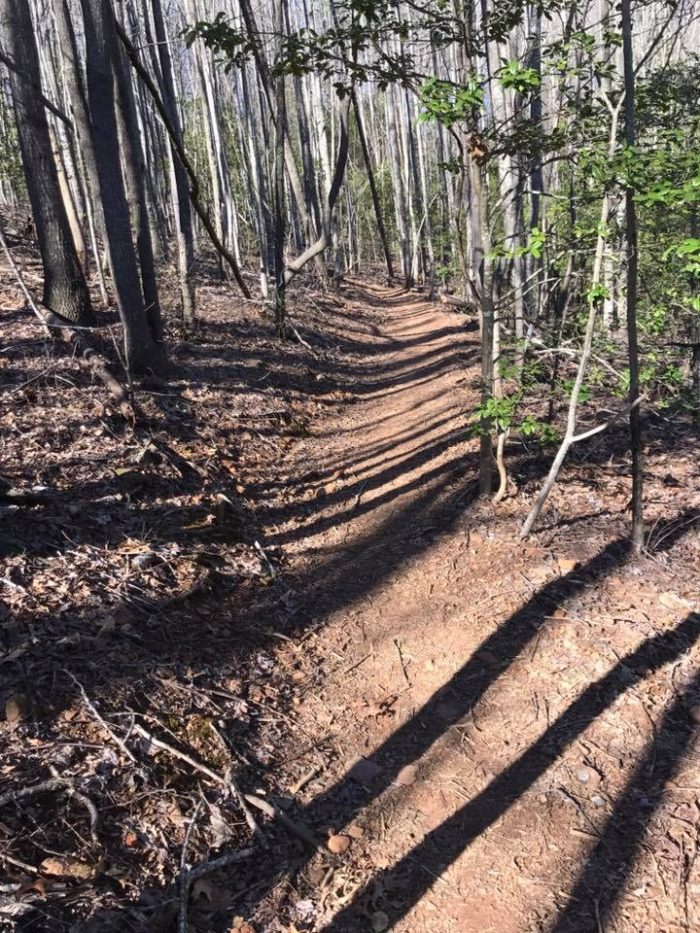 Set Back but not Defeated

Although this is an annoying setback, I know that this is just apart of the process. I’ve been in recovery and I can currently breath without sounding like a 1970s Mustang. I’ve taken this time to rethink some of the stuff I had in my pack and do a good shakedown. I also realized I had brought an excessive amount of food. We plan on doing some smaller hikes before really getting back out there, but I’ll be back out there soon enough, and I cannot wait. I’m still so excited and won’t let this stop me at all.