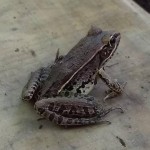 Froggy Flip-Flops the AT: NH, Gateway to Pain

Crossing into New Hampshire wasn’t as exciting as I thought it would be. I think the terribly long town walk and the fact we were heading into the hardest section of trail gave me conflicting emotions. I was excited to finally be reaching the Whites, but I have a fear of heights. How would I handle this section? 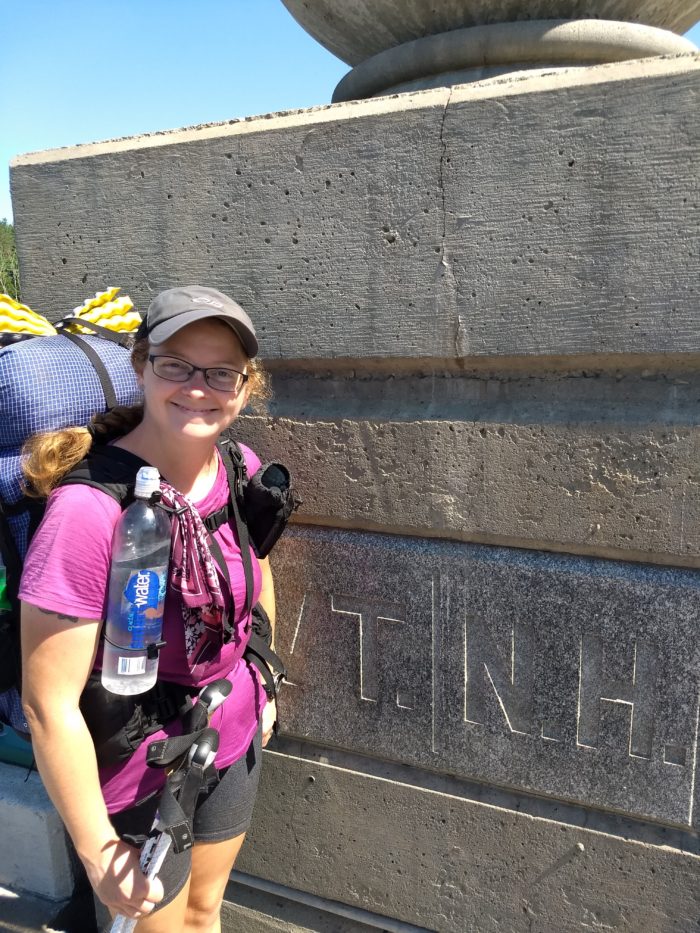 Smarts Mountain was my first big climb, and I did it by myself. I was behind Shake and ahead of Kool, but we were far enough apart that I did it all alone. It was very gratifying to have confidence in myself and not let my fear consume me. How soon this would change. 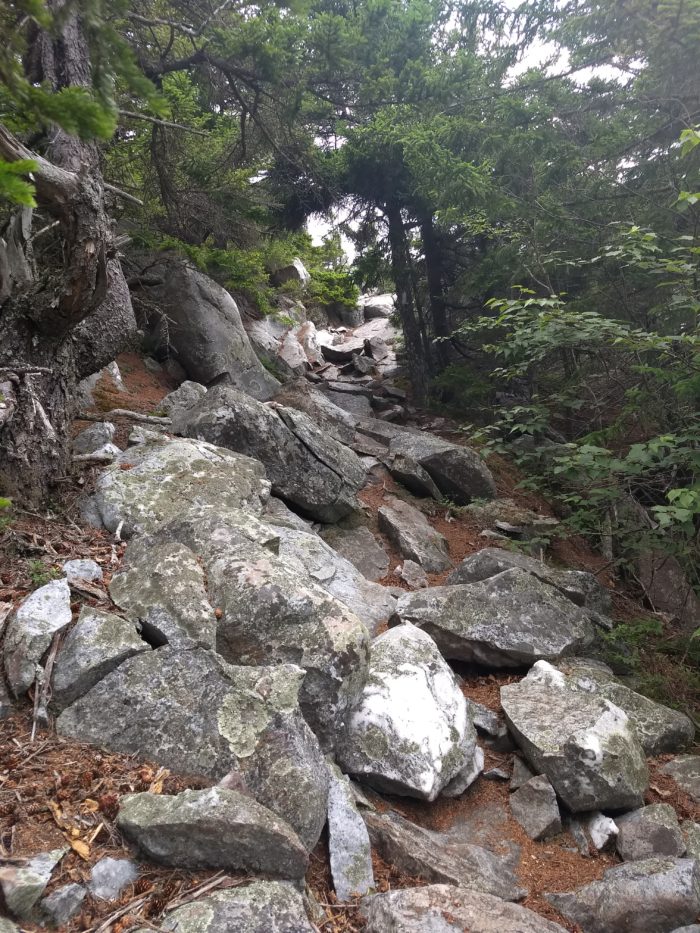 One of my favorite climbs was Mount Moosilauke. The hike up was beautiful, and the alpine meadows were almost surreal. The weather was picture perfect, blue skies, endless views. I cried as I reached the top. I couldn’t believe I had actually made it to the Whites and this iconic summit. After reaching such a high at the summit, physically and mentally, the descent was brutal. At one point I argued with Shake about the way we had to go, in total disbelief and denial that we had to continue straight down a rock face. As I sat my poles down to make my way down, one slid all the way down, almost in the waterfall. Luckily it was saved by a root. We also had to hang on a rope over a landslide, which made me feel like Indiana Jones. We wound up doing 15.9 miles that day. 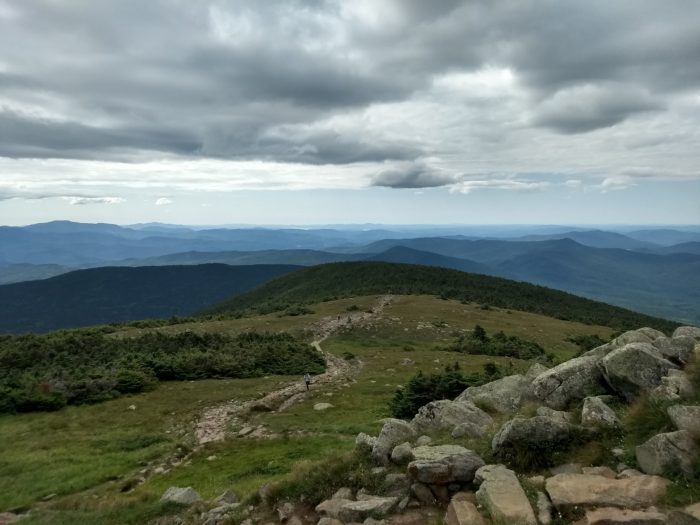 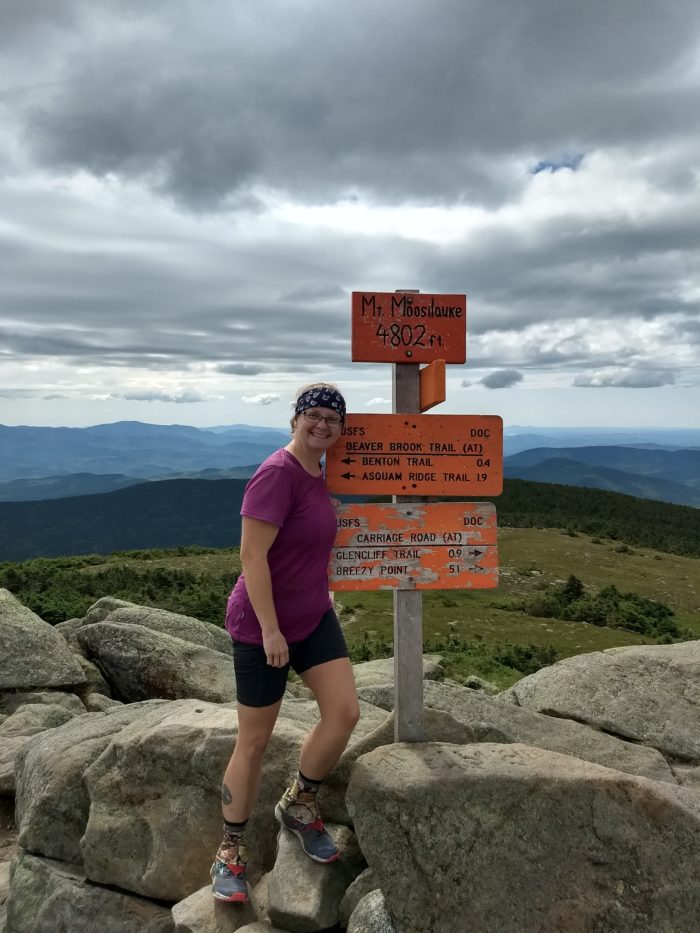 The Kinsmans were my first real taste of rock climbing. My pack was pretty much devoid of food, so it was lighter and the climbs weren’t as scary. The stone cold leftovers at Lonesome Lake Hut were delicious. I loved my nero and zero in North Woodstock, especially since I had my own room for the first time in months. We did have to wash our clothes twice, though; they came out dirtier than they went in. 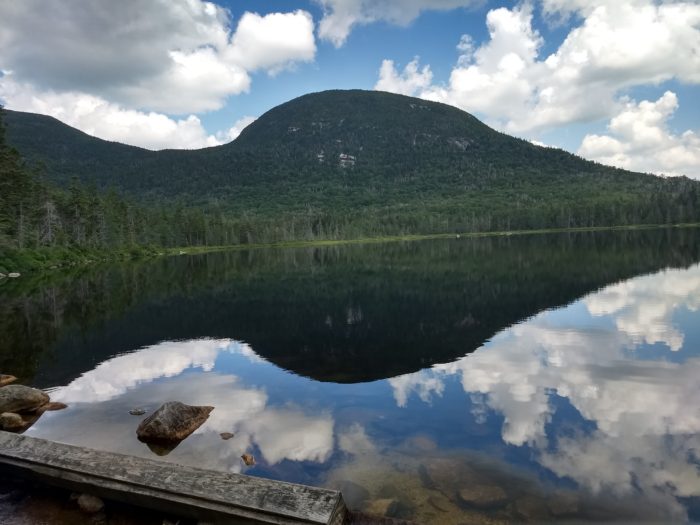 Franconia Ridge was my favorite part of New Hampshire. I cried, again. It was just so beautiful. You could see where you were going, and where you had been. I have never seen mountains like that before. We had perfect weather, again. I forgot about the heavy pack and the fact my legs were burning. Going down Garfield was hard, and I was so relieved to get to the shelter. The caretaker at Garfield Ridge Shelter, James, was awesome. We sat and chatted while waiting for saw whet owls which I never got to see, but a great ending to a wonderful day. 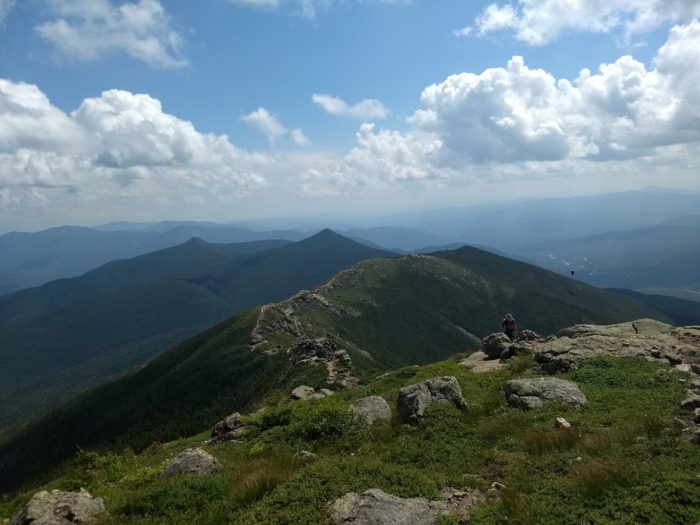 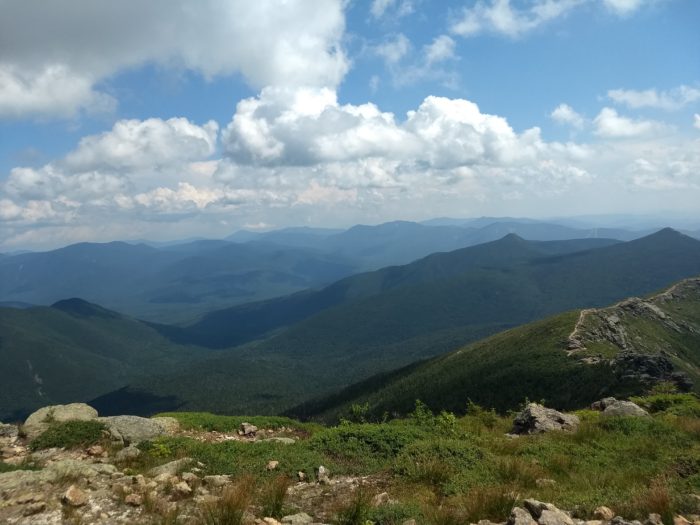 We stayed in Ethan Pond Shelter two nights to avoid storms, and possible tornadoes on the ridges. It’s hard enough in perfect weather; I’m not about to deal with crazy weather. No thanks.

The farther we get into the Whites, the more exhausted I’m getting. Physically, but more mentally. I’m tired of bouldering, tired of being scared, of being anxious. I’m not Alex Honnold, I’m not a rock climber. This is not hiking, and I’m scared every day. Going straight up and down rock faces is getting really old. 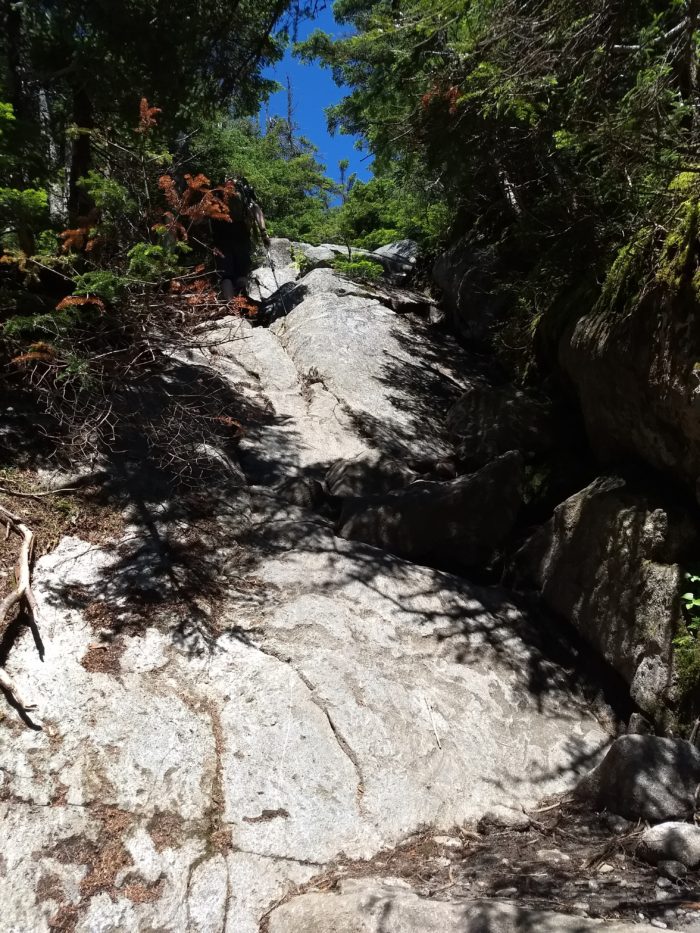 Then there’s Mount Washington. The hike up Washington was awesome. It looked like Scotland. Craggy, green, bare hilltops. I had a great time hiking to the summit. Once again we had perfect weather. It was a bit too touristy, though. There were so many people, and we waited about a half hour to get our picture taken at the sign. And unbeknown to Shake and me, Kool hiked up on a severely sprained ankle. He said his ankle was bothering him, but we had no idea how bad it really was. Swollen three times its size, it was clear he had to get off. We said a tearful goodbye. He had to take the shuttle off the mountain, and we had to hike on without our friend. 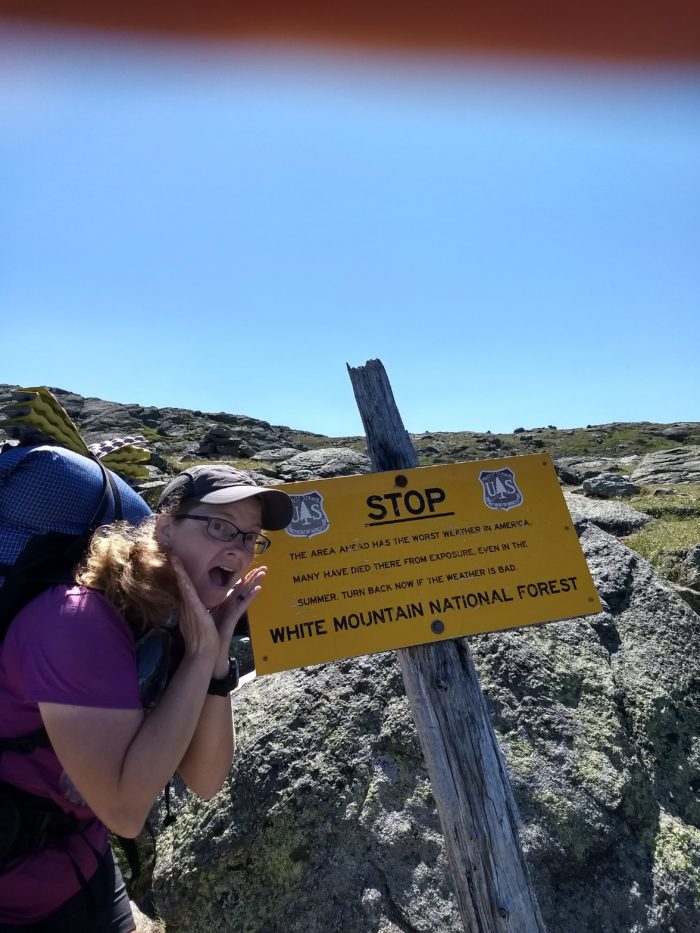 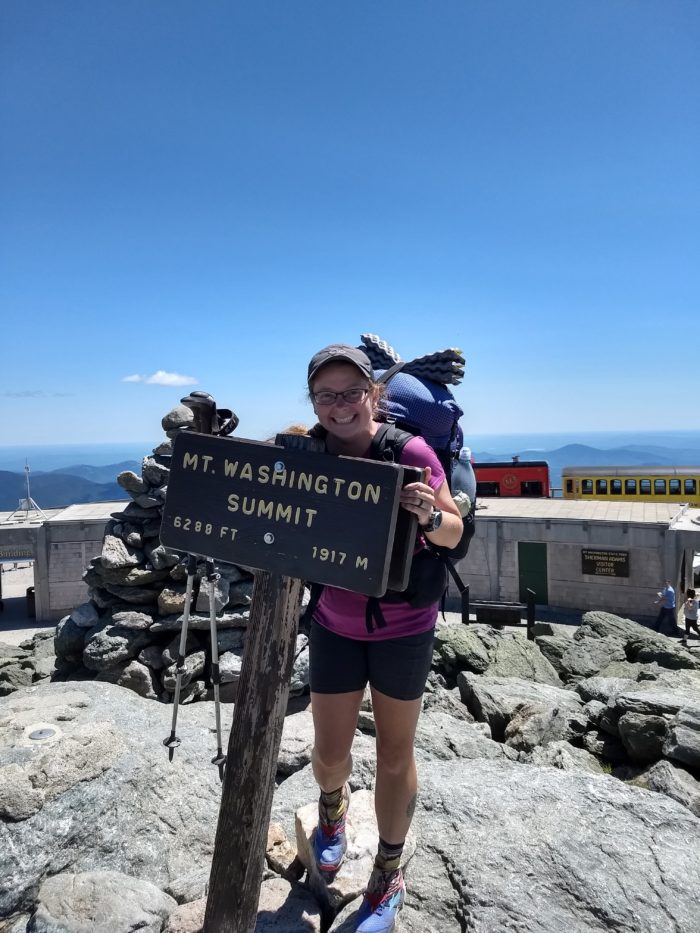 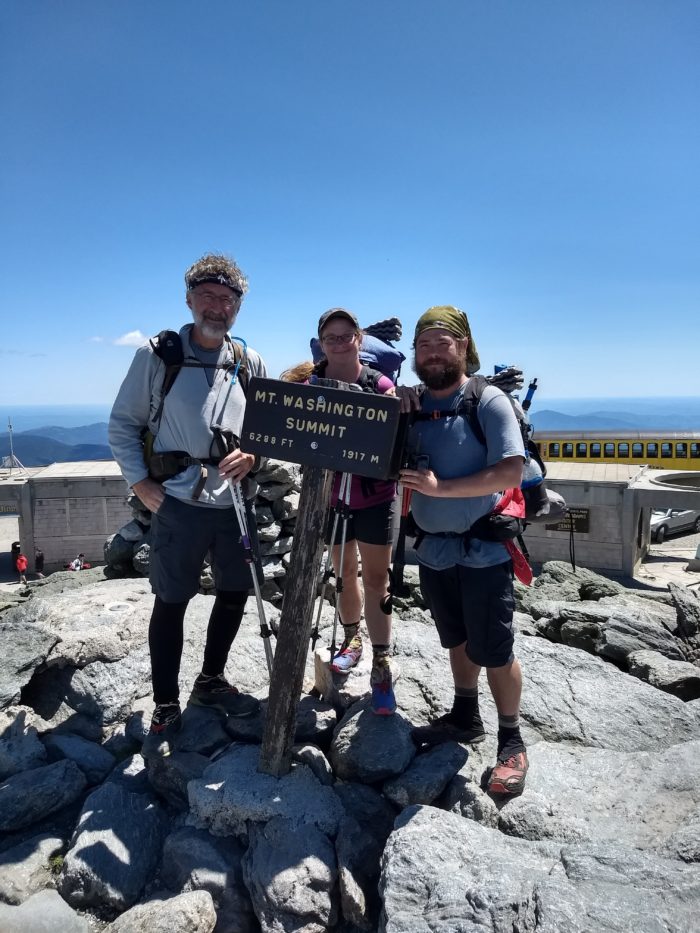 Mount Madison was awful; huge boulders up, and huge boulders down. I don’t think I’ve ever descended a mountain so slowly.  We got to Pinkham Notch and I devoured a pint of ice cream. We stayed at Rattle River Lodge, intending to do the Wildcats and Carters over a couple days and come back to the hostel. 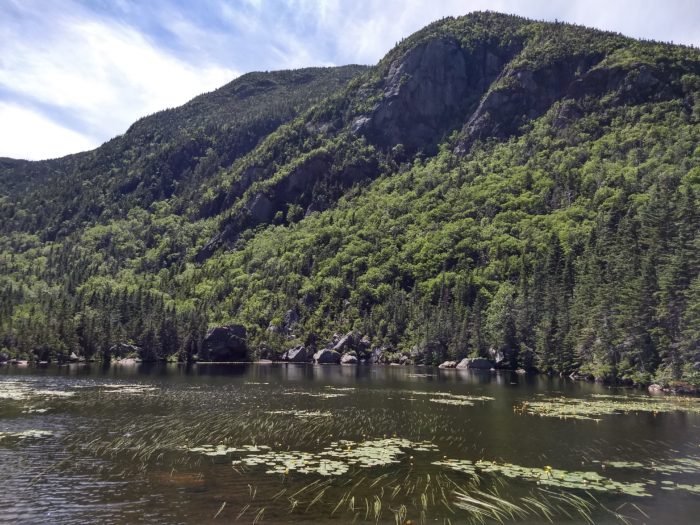 I was a bundle of nerves the morning of the Wildcats. I’d heard they were difficult, and got all worked up over the “hiker hype.”  But actually, there were only a couple of butt-puckering sections; the rest was stuff we’d already been doing. It was more tiring than scary. We finished the Whites with mild terrain but rain on the way to the hostel. With such perfect weather the entire time, I couldn’t complain. I was excited to be done with the hardest section of the trail. Or so I thought. Southern Maine was waiting, and would do its best to break me.

Hello! My name is Sarah, trail name “Froggy” and I will be attempting a Flip Flop thru hike of the Appalachian Trail in April 2018. I have wanted to hike the AT for a few years now, and fate intervened and gave me the opportunity of a lifetime. I have lots of experience as a day hiker but have recently fallen in love with backpacking and camping. I currently live in Virginia with my wonderful husband and two elderly Chihuahuas, but I can’t wait to live in the woods next year. I will also be turning 40 in 2018, so it could be a ploy to hide in the woods for months to avoid the black balloons and Grim Reaper birthday cake. I’d love to have you follow along on my epic adventure!