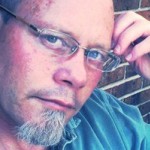 Hip Surgery Behind Him, Thru-Hike Comes Into Focus

I got interested in camping in an unlikely manner. When I graduated high school, I joined the Army for a two-year enlistment. While on maneuvers in West Germany, I began to take notice of the natural beauty of the forest and how we were devastating it. I came to the realization that this beauty needed to be preserved in order to be appreciated by all. I wasn’t even permitted the time to enjoy the forest. I had to focus on training to prepare for a confrontation with the enemy of the day.

Camping On The Cheap

After getting out of the Army I enrolled in college and as a result, had very little money. I scrounged most of my camping equipment while in college. A friend gave me my first internal frame backpack. I made a lot of my equipment, including a cook stove made out of a coffee can. I got cold weather clothing at the military surplus store. My favorite mail order store was Campmor. I would carry the kitchen sink and not think twice about it.  My pack could often be over 70 pounds.

The Seeds Were Planted

I didn’t know it then, but the seeds of an AT thru-hike were planted on one of my trips to the Waynesboro area. I met up with some high school friends to go climbing. We stayed overnight at Rusty’s Hard Time Hollow. We stoked the hot tub and watched the stars. One of my friends had thru-hiked the AT and he told us stories. It would be decades before the seeds would sprout.

At the time I was recently married and living on the coast. We were about to start a family. We thoroughly enjoyed raising three children while I worked as a public school teacher. To satiate my need for outdoor activity, I would go surfing whenever the waves were up and I could get away. I chased waves from Canada to North Carolina and from California to Costa Rica. I got hung up on the rocks at Big Sur. I came face to face with a crocodile while paddling out at Boca Barranca, Costa Rica, and (obviously) lived to tell of it. I cycled both road and mountain. I would cycle commute a few days a week, to and from work. Once I crashed into the rear of a car in which the driver slammed on her breaks while signalling to turn. I snapping my carbon fiber forks in half and face-planting on the woman’s trunk. Occasionally I would get away to the mountains with my bike. Reddish Knob (California Ridge Trail) on the West Virginia line was a favorite of mine.

What Has Become Of Me?

I had the notion that once I retired I would thru-hike the AT. About five years before my anticipated retirement date, I started having trouble with my hip. I got it checked out and went into denial mode for two years. After two years I could no longer push through the pain and I was losing mobility and rotation. I was diagnosed with hip dysplasia that had lead to the premature depletion of cartridge in my hip joints. All of this had been unforeseen and I had only previously heard of hip dysplasia in Golden Retrievers. The joke was on me. I had trouble getting my leg up high enough to get on my bike. I could no longer peddle smoothly without my knee kicking out. I couldn’t go from laying down to standing up quick enough on my surfboard. Finally, I could not walk the dog around the block without stopping to rest. I wasn’t thinking about hiking anymore.

The doctor I was seeing replaced my hip (right side) and it took six months to recover. Then I would carry on until the left side needed to be replaced and then have surgery and another six months to recover. I became depressed. I was miserable. I felt like I was walking around on stilts. I could not bring my knees up or catch myself if I stumbled. I dreaded stairs. I knew I would need a cane soon if I didn’t get help. I kept researching and found a doctor nearby who specialized in the newer anterior hip replacement method. After talking with Dr. Anthony Carter, I began to feel better right away. The advantage of the anterior hip replacement method is that no ligaments would need to be severed. Recovery time would be a matter of weeks. He said he could do both hips at the same time if I wanted. I had already begun to feel the onset of familiar discomfort in my left hip and knew that it was just a matter of time. When  Carter said it would be one co-pay for both hips, I was in.

I had my hips replaced in 2015 and started my training immediately afterward. I was reluctantly discharged from the hospital the day after surgery. Just over 24 hours later, on the way home, I was sitting in Panera Bread trying to process it all. It was surreal. I was slowly waking around the block in a week’s time. I had been given back my gait and was walking without a limp. I was balanced again. I was back on the trail and in a much better place. That’s enough for now. I will talk of my training in the next post.

Hello all, I currently live and work in Virginia Beach, Virginia. I'm married with three children and have recently retired from a career of teaching special education. Film photography is one of my obsessions. Recently, my time has been spent studying graphic design and training. Thru-hiking the Appalachian Trail is something I have thought about for decades. I had all but given up on the idea when the cartilage in my hip joints prematurely wore out due to dysplasia. After replacement surgery in 2015, I was determined to get my life back to as “normal” as possible. Currently, I am on track to begin thru-hiking the beginning of March 2018. “Normal” will have to be redefined. victorperrotti.com