I Get by with a Little Help from my Friends

When I left Port Clinton on May 5th, I planned to hoof it all the way to Bear Mountain and take a zero with friends who lived nearby.  New York had other plans.  There I was introduced to what has become both the most feared and anticipated words used in Guthook’s…Rocky Outcrop!  The trail simple beat me up.  Since my friends are still working, I wanted to try to get there on a Saturday.  This put me in “burn some miles” mode and the trail simply refused to cooperate.  It bears repeating… All miles are not created equal.  I do better trying to walk a particular time each day than shooting for a set destination.  If I don’t make a distance goal, it’s very easy to see that as a failure and failure can lead you to a pretty unproductive place mentally.  So when I drug my old bones into Harriman State Park on Saturday afternoon, I used the show in Apple maps option in Guthook’s and discovered that friends could pick me up in 33 minutes.  Called them and they came to rescue me.  One of their neighbors, who doesn’t even know me, is taking me back to where I got picked up on Tuesday morning!

Can any of do this without the support of friends and random acts of kindness from total strangers? 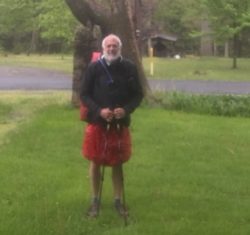 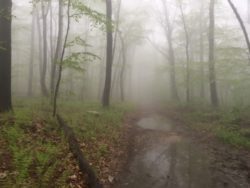 No rain, no pain, no Maine

I left Port Clinton in the rain.  I made pretty good time.  The zero in Hamburg had done wonders for my legs.  I stopped for lunch at the Windsor Furnace Shelter.  After lunch I resumed barreling down the trail only to discover that I had left my knife at the shelter.  I propped my pack up against a tree and jogged 1.5 miles back to get it and continued my hike.  That night I found that my sleeping bag was soaked.  Thankfully it wasn’t very cold and my liner provided some warmth.  The next morning, I checked to see where I could dry out.  The closest option was the Common Ground Farm.  I took a nero and went there to dry out.  After a brief flirtation with slackpacking, I opted for a nap instead. 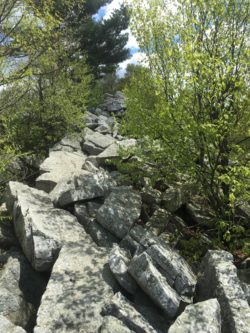 The Knife’s Edge…fantastic views, but it’s tough checking them out when one missed step wold leave you a pile of tenderized meat on the side of the trail.

An Unexpected Stop in Palmerton

After a relatively uneventful day, I scrambled over the Knife’s Edge and hit a stretch of pretty good trail as I headed toward the George W. Outerbridge Shelter.  Here I had my first serious fall.  It was like something right out of a Warner Brothers cartoon.  I flew through the air and came down with glasses case sandwiched between my right wrist and my ribs.  Scared the crap out of me and I initially thought I might be seriously hurt.

The next morning, when I got Lehigh Gap, a customer at Bert’s Steakhouse who was dropping someone off at the trail talked me into crashing at Bert’s until I figured out if I was okay.  There’s a hostel in a vacant apartment behind the restaurant.  I’m glad I went.  Let’s face the … a hostel behind an incredible dinner is pretty close to heaven.  Best $20 I ever spent!  After an easy day, enjoying the company in the hostel, my ribs felt much better and my wrist only hurt when I twisted the doorknob to open the door. But how often will I have to do that in the coming months?

I’m in the silly hat with Squeptiq, Trailsnail and Hot Pants

I’m going to confess I took the Winter Trail out of Lehigh Gap.  I didn’t want to risk a fall on those rocks!

I pulled into Delaware Water Gap on Friday afternoon.  As I checked into the Deer Head Inn, the guy behind the bar leaned out and suggested that I go down the street and get new shoes.  They were getting ratty, but I had already ordered a new pair and they were waiting for me at my friends’ house. After a shower, I put on my cleanest dirty clothes and went down to the bar and enjoyed a first rate meal.  The Deer Head Inn is the oldest continuously operating  jazz club in the country and a bit before 7:00 they came around collecting the cover charge for the music. I paid, feeling confident I could make the first set at least, but hiker midnight hit me pretty hard three songs in. 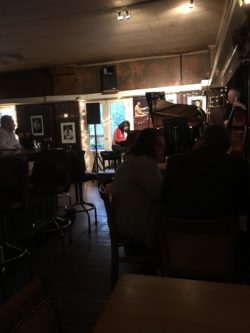 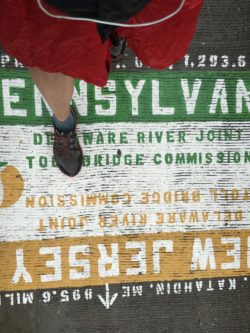 I left Delaware Water Gap in the rain and hiked into New Jersey.  That night I caught up with Hot Pants and Trailsnail at the Mohican Outdoor Center.  The food there is pretty good.  Over the next few days, I would see a lot of Trailsnail, Oman and Aleve (the hiker, not the over the counter pain medication).  I had to go into Unionville to resupply and found all of them camped in the town park…after polishing off a pint of icecream, a burger at the bar seemed like a good idea.  At this point, I still had fantasies that I could make Bear Mountain by Saturday, but as the temperatures climbed into the mid-90’s, that dream slipped away.  My days were spent scrambling up one rocky outcrop after another and my pace slowed.  I was definitely ready for a zero.  Still the trail did provide some relief.

Walking north in my Trek tee, I ran into some regular readers of the site.  They get pretty excited and I had to realize that people other than my mom might actually read this.  Given that I’ve met two other Trek  bloggers on the trail this month, running into one of us might not be so hard to pull off. 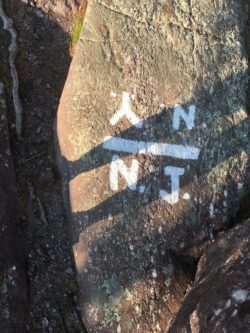 New Jersey is dead to me! 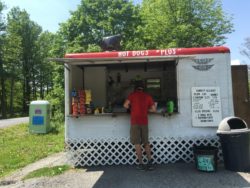 The hotdog stand near mile 1372 (nobo). The special is 2 dogs with one topping, chips and a drink. Heaven? 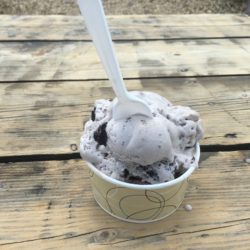 Definitely with the Bellvale Farms Creamery just across the highway. I didn’t take a picture of the blackberry chocolate cookie swirl milkshake I had after the cup.  This place has an outdoor water tap and charging station for hikers 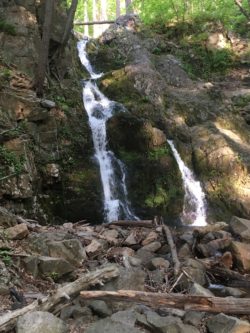 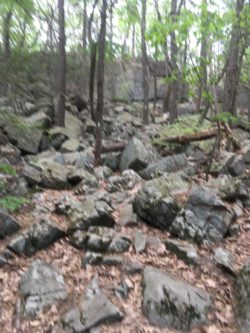 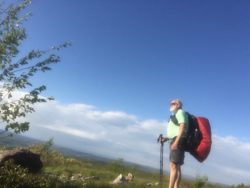 Enjoying the view in my epic The Trek tee 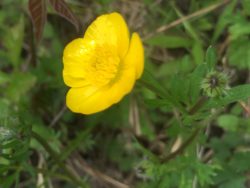 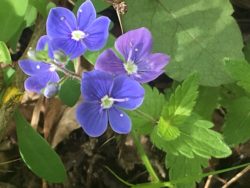 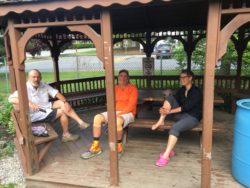 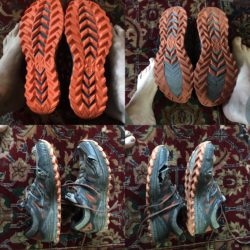