For the past two years of my life, I’ve had a polyamorous relationship with magic and monotony. In the bio section of this page, I believe I refer to my current job as “so boring that it doesn’t even warrant a specific title,” or something similarly snarky. For clarity’s sake, and so my newfound readers don’t imagine me sitting in a cubicle at a grey corporation, banging out TPS reports and coveting red Swinglines à Office Space, let it be known that I’m currently finishing my tenure as a bilingual special education teacher in an NYC public school. I use the word tenure loosely, as I am a second year teacher and thus as far away from tenure as can be.

I’m jumping ahead, but I suppose it’s all right since I don’t have a backpack on yet and thus have minimal risk of injury. One of the reasons, though not THE reason, as it were, that I’ve decided to thru-hike the AT is because of tenure.

Wherein a Soon-to-be-SOBO Attempts to Introduce Herself, but Ends Up Talking About Tenure

For those fortunate individuals who have never been or dated a teacher, allow me to explain. For the first three years of teaching in a NYC public school (and probably other public districts in the country), you earn your dues. You chaperone every trip, neglect everyone you love, wear blazers and kitten heels because that’s how professionals dress. You drop out of races you’ve paid money for because you didn’t have time to train, stay late, arrive early, skip meals during the day, overeat at night, spend Sunday mornings calling parents, teach extra classes, and write lesson plans for subjects you have never studied. You are new, you are replaceable, and you are always, always tense.

At the end of your third year, if you’ve adhered to the regime’s desires, you are granted tenure. “Getting tenure” in a NYC public school means that, short of pulling a shiv out of your messy bun and literally killing a student, you will never get fired. Once you have tenure, you never have to chaperone a trip. You can stride boldly in as the first bell is ringing, park your car in the fire lane, daring someone to question your contract. You can write a lesson plan with lipstick on a bar napkin. You can, as per contract, wear sweatpants to work.

So Why Hike the Appalachian Trail? (I)

Though this will indubitably be a question I analyze over the next two months, my answer for today is that I realized I do not want to spend the majority of my life with people whose goal is to expend as little effort as possible in order to reap the greatest reward. I refuse to surround myself with the bare minimum. I want to be terrified. I want to have a goal that is not only challenging but achingly so. I want to be surrounded by individuals whose first emotion in the morning is not anger but awe.

Wherein I Mention the Magic

Earlier I mentioned that my life has been a juxtaposition of monotony and magic. So have not the impression of a dowdy damsel, clad in Express Editor pants, slaving over State Standards and eating out of an IKEA pot (not that I’ve never done the latter). For all my outrage re: my occupation, life is good. Teachers in NYC are paid pretty well, so if you’re childless and viceless (at least a majority of the time), you can indeed fund vacations during your vacation; I have taken full advantage of the time off. And though I’ve fallen prey to the binge-watching phenomenon that afflicts American culture, I’ve also consistently made time to run (and lose) many races, go day-hiking, ride my bike, and jaunt around downtown wearing stylish outfits.

In Conclusion, For the Moment

“Seriously. Your life sounds pretty good.” It is. I’m alive. I’m in love. But that doesn’t mean I can’t still hike. I can hike. I can spend five months plotting how to vanquish Trump. I can get abs. I can make even more egregious nutrition decisions that I do now. I can live in a tent. OUTSIDE. I can continue this tomorrow. After all, it’s nearing non-hiker midnight, and I do still have a job. 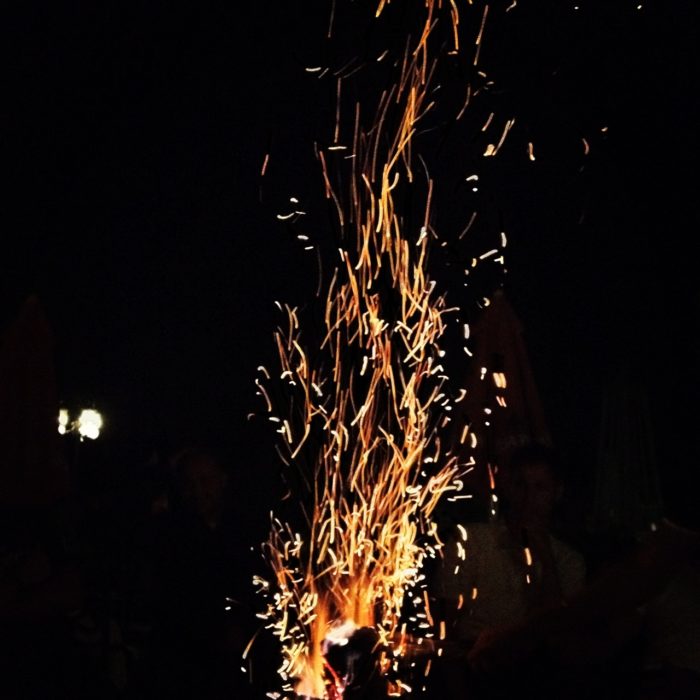 “You will be alone with the stars and the nights will flame with fire.” – Charles Bukowski