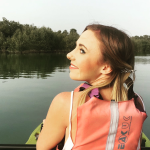 Somebody told the mountains they could be anything when they grew up, so they grew up to be jungle gyms. Ladders going up. Ladders going down. Ladders with rope. Ladders galore. It was fun. A nice short day, too, as we didn’t start hiking until 9:30ish after our nero.

I’ve always wondered if I should’ve brought a stove with me, but in all honesty going stoveless isn’t terrible. I will admit I had to change up my resupply a little this time because I was starting to go off tuna tortillas, but the cream cheese bagel I just ate was a wonderful replacement. Who needs rice, noodles, or mashed potatoes? Maybe I’ll change my mind when the temperature drops in a few months, but I’m content for the time being. Even if the bag of mashed potatoes Al’s eating looks tasty.

Going to end my night with some Netflix. I downloaded a mixture of TV and movies at the hostel last night in preparation for rainy nights. Morale booster 101: Netflix and sleeping bag cocoon.

Ooh, tomorrow we have Mahoosuc Notch. Super excited for that because everyone keeps saying how much fun it is. A mile of going above, under, and through boulders. Every child’s dream. Time to be a big kid again. Jealous? You should be. The only daunting prospect is stories of people falling and getting injured. Fingers crossed all will be well. I’ll let you know how it goes.

Giardia doesn’t fall from the sky, does it? I was almost crying after that comment. From laughter and fun to indifference, oh how the day took a turn.

We left camp a few hours later than usual in an attempt to wait out the torrential rain. Realizing it was never going to end we decided to suck it up and bite the bullet around 8ish.

It had been raining all night so leaving the shelter had us walking through mud rivers. Our shoes and socks were soaked within minutes. I thought I’d be miserable but I was actually in pretty good spirits.

You don’t believe me? Here’s the proof. 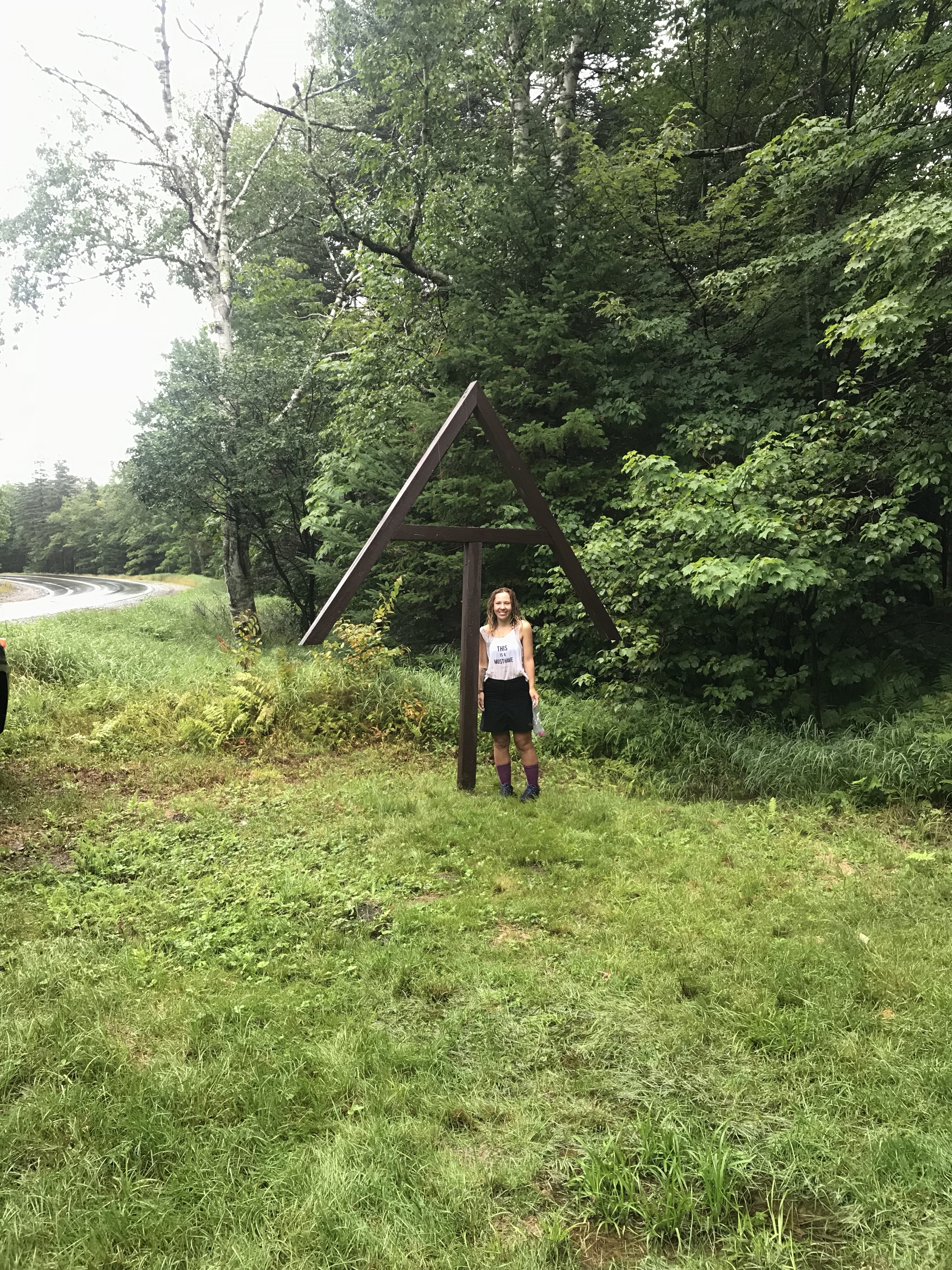 Smiling in the rain. Even I can’t believe it.

The climb we had this morning was a lot of fun. Rock hopping across streams and waddling through puddle after puddle. The entire climb was pretty much one massive ford because it’d rained so much. If only we had wellies! Al and I must’ve got carried away with all the excitement because we decided to go for an extra little ford that wasn’t part of the trail. We neglected to see the double blaze just before the stream. I think fording has become an afterthought because of how much we’ve had to do so far. It’s OK, you can laugh at our stupidity – we did. Apparently the AT isn’t quite adventurous enough for us.

The climb down wasn’t as fun. It was steep and almost impossible to stay upright with how slippery the rocks were. Slanted rock faces and drops are my new nemesis. Move aside, log planks. Luckily the only thing that was damaged was my pride. I can’t wait for nicer mountain trails.

Never got to do the Notch today due to the rain. Boulder climbing in today’s weather would have been beyond stupid. I’m not sure my pride would have been the only thing injured had we attempted it. Mileage was low today and we got into camp before 4 p.m. as a result, but we get to stay in a super nice shelter. We even watched the sunset from the pond. 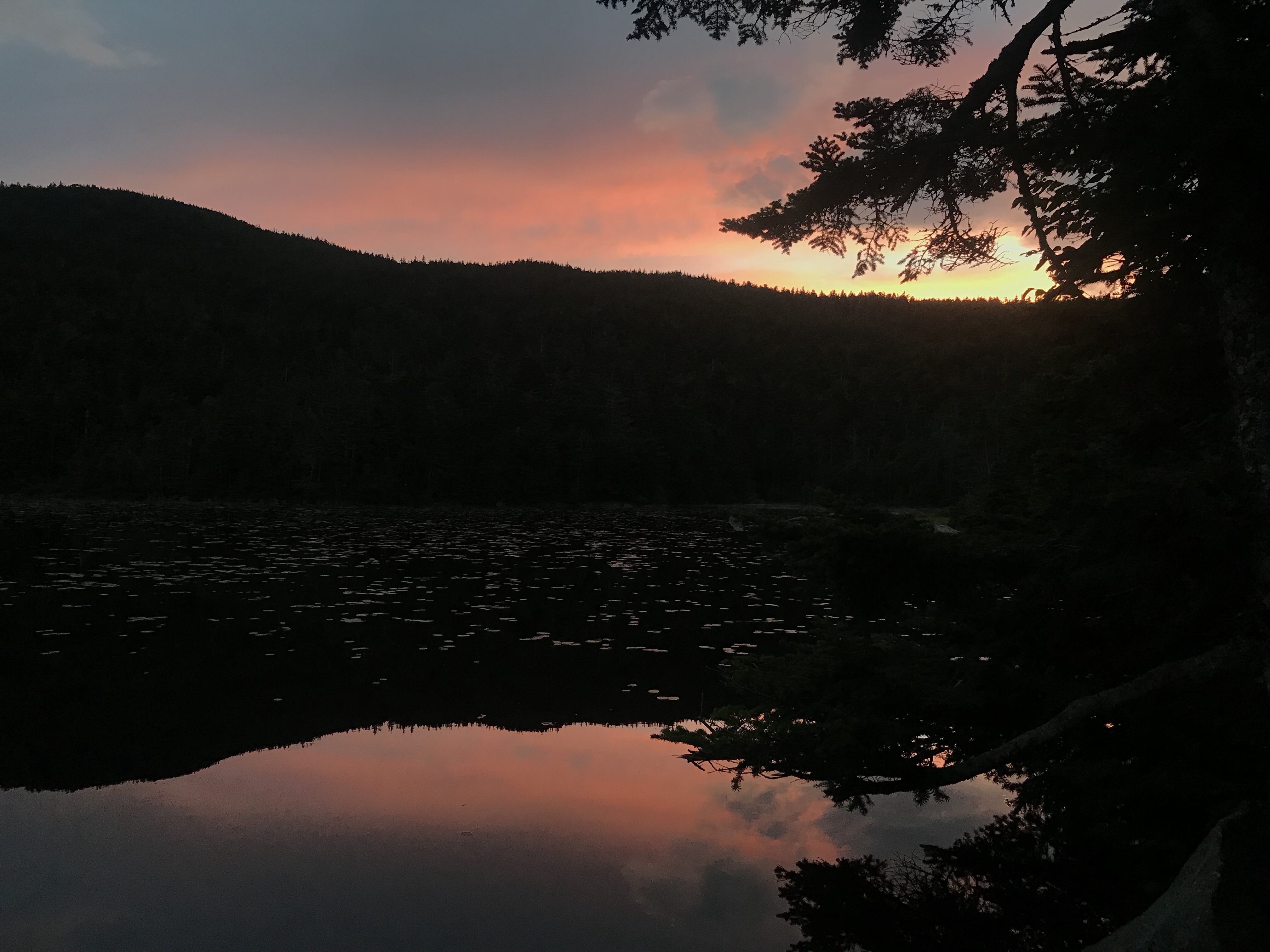 Isn’t it pretty? All right, folks, that’s me out for the night. Captain Underpants isn’t going to watch itself.

Today marks the shortest day of the hike so far at a whooping 5.1 miles. Now before you say anything let me fill you in on how the day went.

We started off with a short climb before making our way down Mahoosuc Arm. 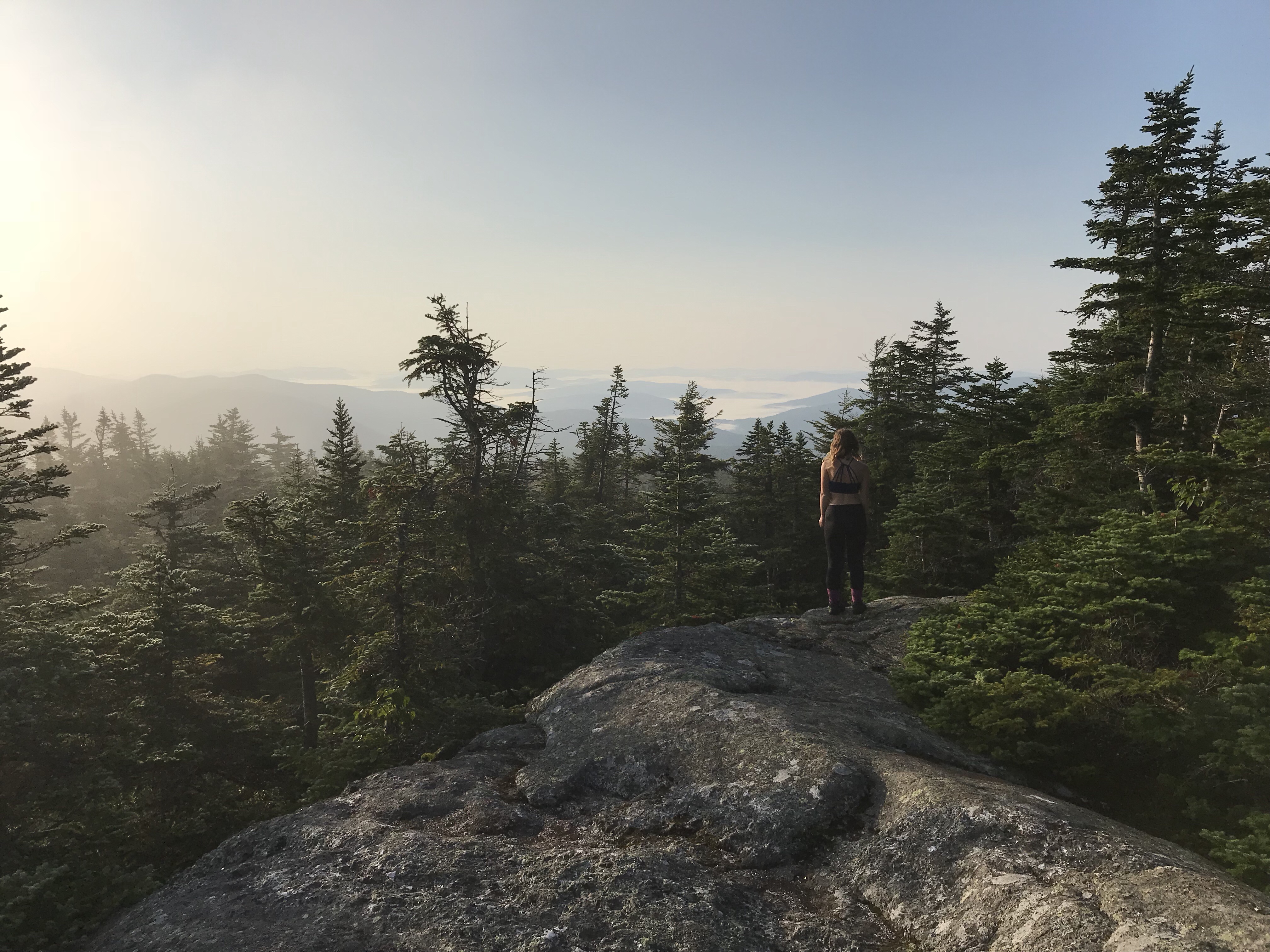 The arm was pretty intense. It’s true what they say – Southern Maine is definitely the hardest part of Maine. There were a lot of Tarzan and tree-hugging moments. When I finish this I’m going to go plant 1,000 trees somewhere as a way of saying thank you for saving my life so many times.

Then Mahoosuc Notch happened. The hardest mile of the AT. That’s not me talking, that’s the word on the street. However, having now survived the ordeal, I can confirm the word to be 100 percent accurate. It took us two hours and 45 minutes to do one mile. Slow, but I dare you to do it better. Actually, no, I don’t – slow and steady wins the race. Slow and with friends keeps you alive.

Just look at this.. 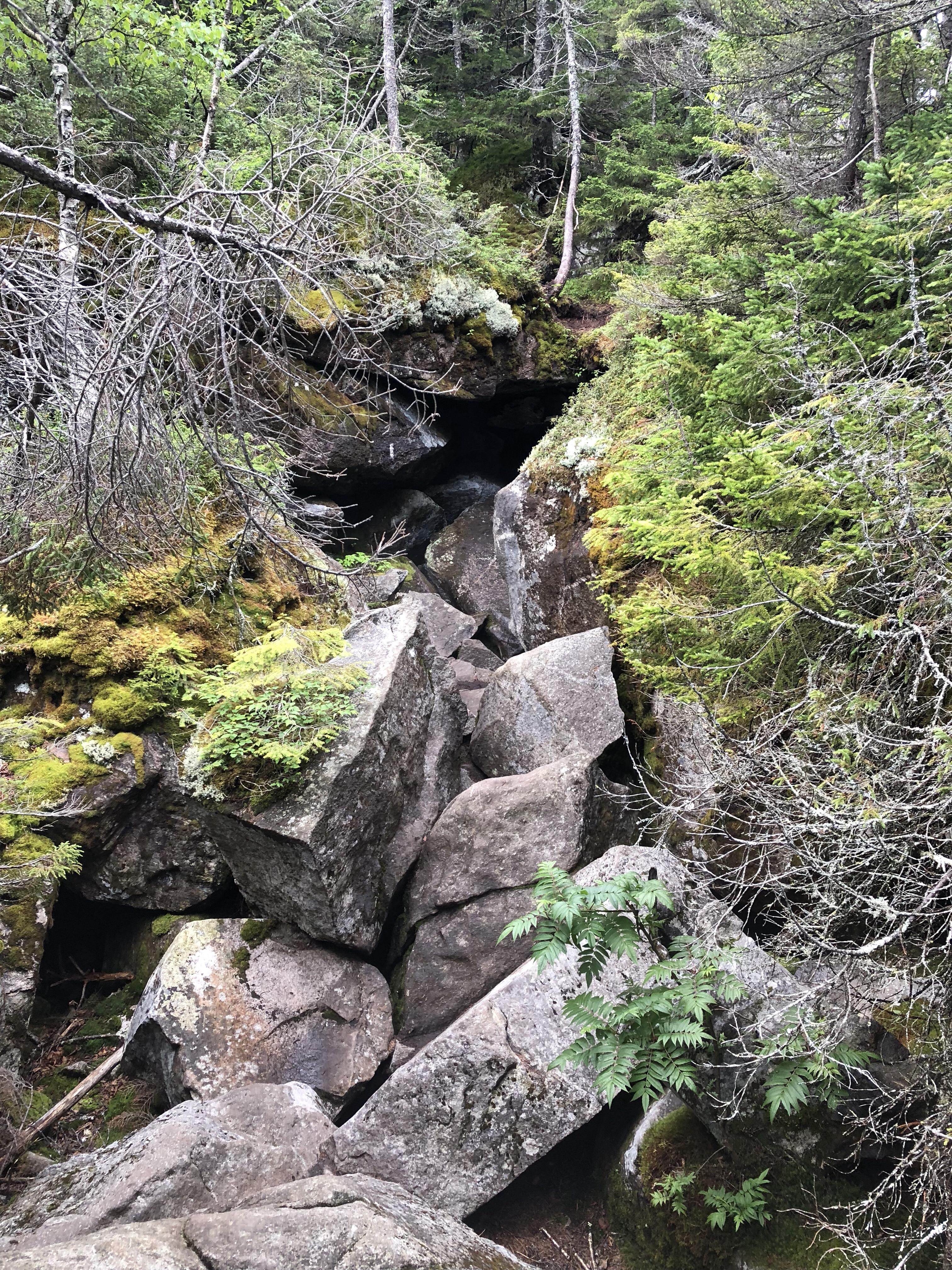 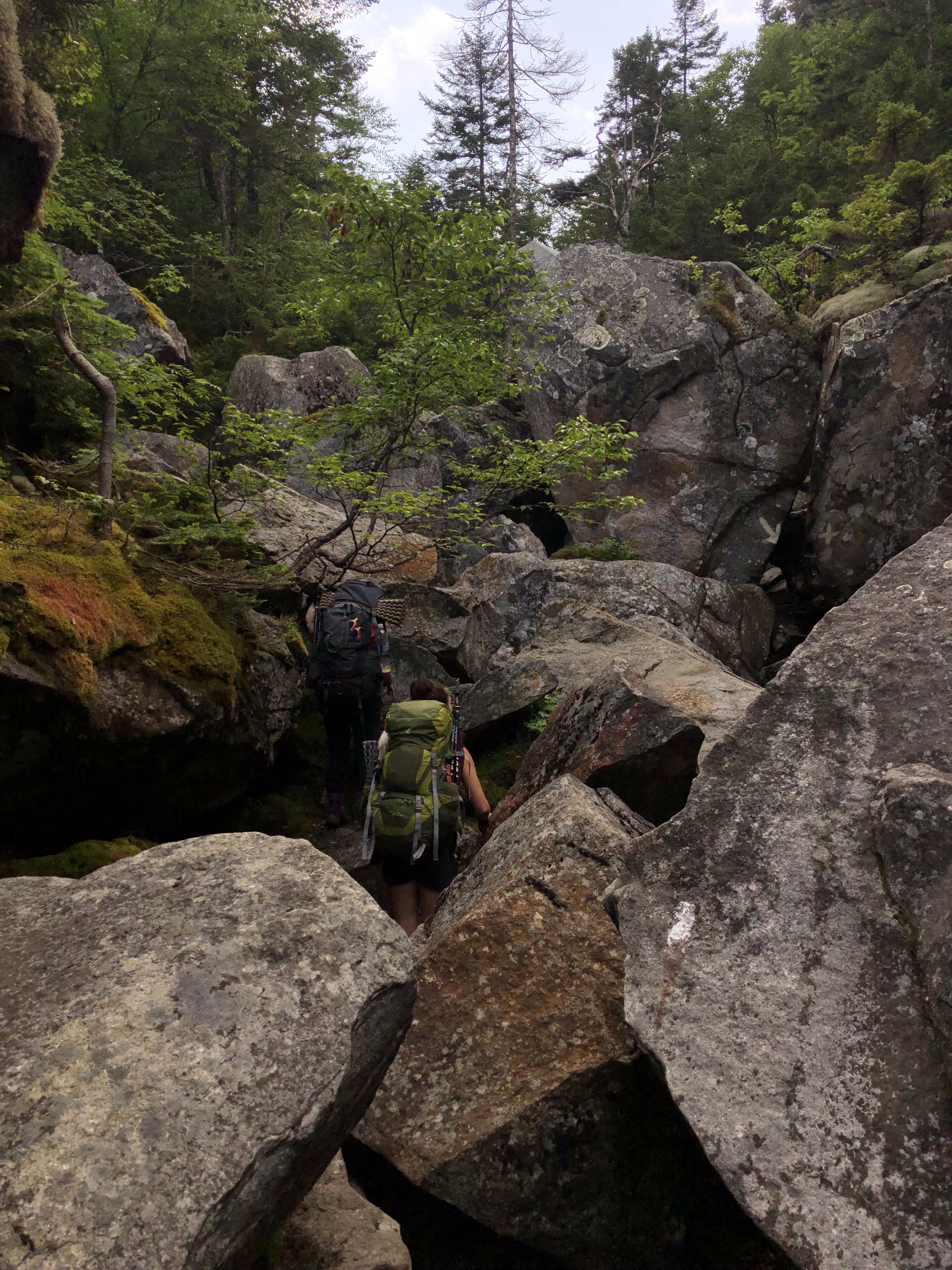 See that arrow pointing down into a cave? This is how horror movies start.

Side track… we picked up a recruit last night, a woman named Amber. She had been hiking Maine alone and not having a great time; she’d already hurt her ankle in the 100-Mile Wilderness and her morale was down. I told her to hike today with us because we were both worried about how tough today was going to be, and you know, strength in numbers.

Back to the Notch… we never realized we were in it at first because there’s no sign. I climbed up on a ledge and crouched down a fair bit so my backpack would fit under the rock hanging over it. Al was behind me, Alex behind her, and then Amber. As I cleared the ledge I carried on walking to make room for everyone else. All of a sudden we heard a thud. As I looked round Al was behind me looking behind her. Alex had cleared the ledge but Amber wasn’t anywhere to be seen. She’d fallen off the side into a ravine of rocks. We all ran over. Luckily, Amber seems to be fine. The cushion on her backpack must have saved her life. She has a few cuts and bruises (thankfully nothing major) and banged her head, but escaped without a gash or any sign of concussion.

We sat down for a while and looked at side trails out. Our only options were back up the mountain we’d just climbed down, or through the Notch. Neither were good options, but Amber seemed to be OK, so we decided to make it to the next shelter a mile and half past the Notch. She’s still with us now and doing OK apart from being in pain. She’s currently sat eating mashed potatoes, being an absolute trooper.

I’m so thankful I wasn’t alone going through the notch. There were parts that scared me to death and there were parts I physically couldn’t do alone with stubs for legs. I got several boost ups and had to take my backpack off on several occasions as Barney wouldn’t fit through the caves unless he was sideways and bullied into fitting. He took a bit of a beating today.

Barney’s my pack, by the way. The guys decided it needed a name and found the big purple monster rather fitting. 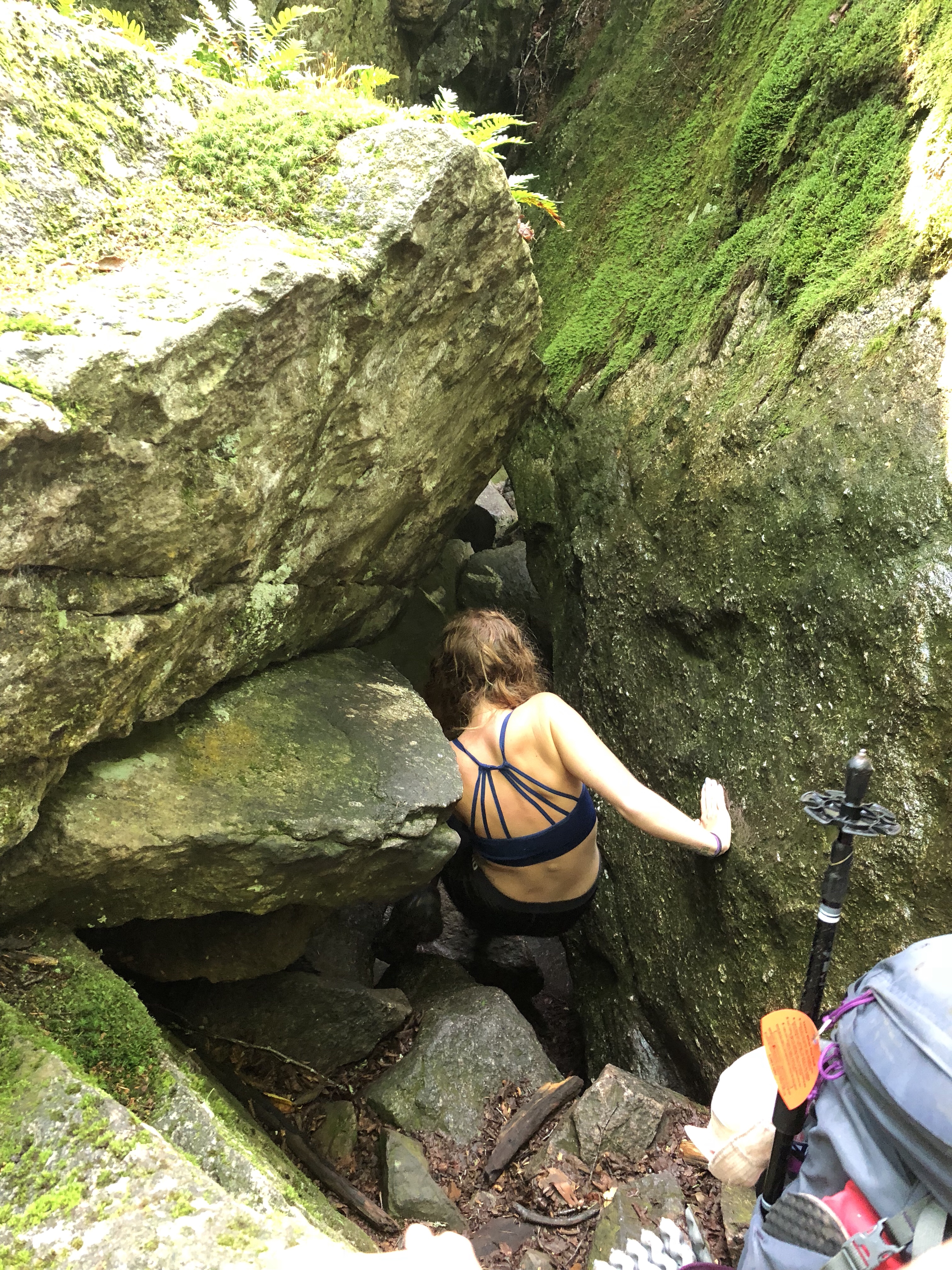 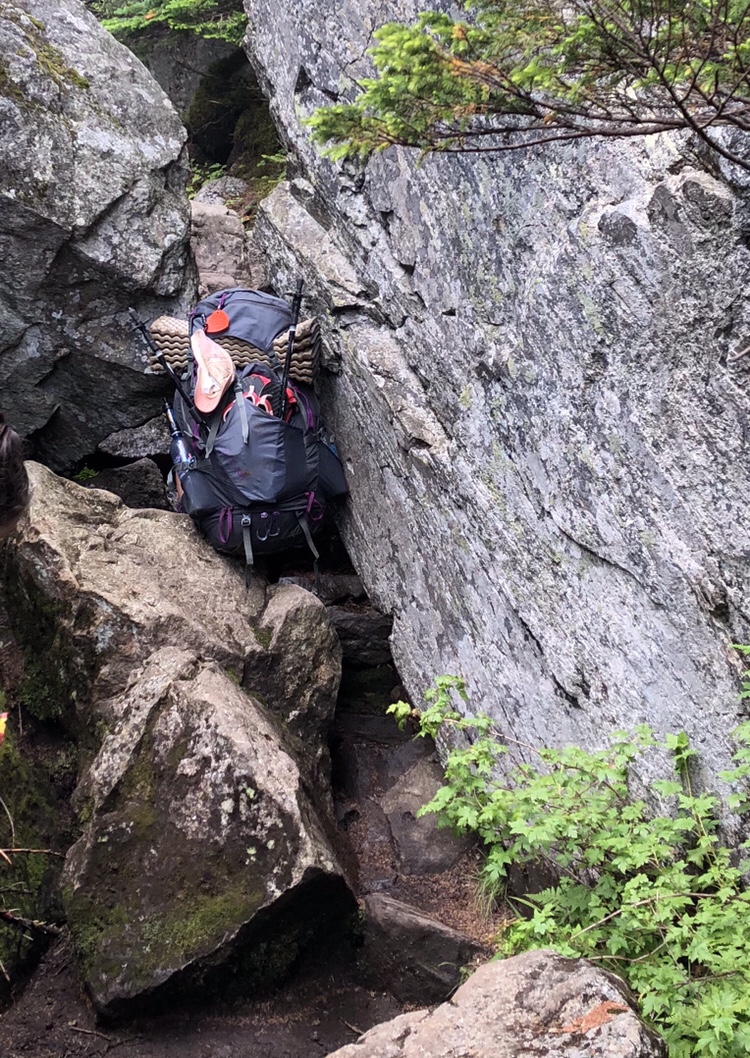 Someone would have found me sitting in the middle of the Notch freezing my butt off had I been alone. It’s been a physically and emotionally draining day to say the least, hence the 5.1 miles. 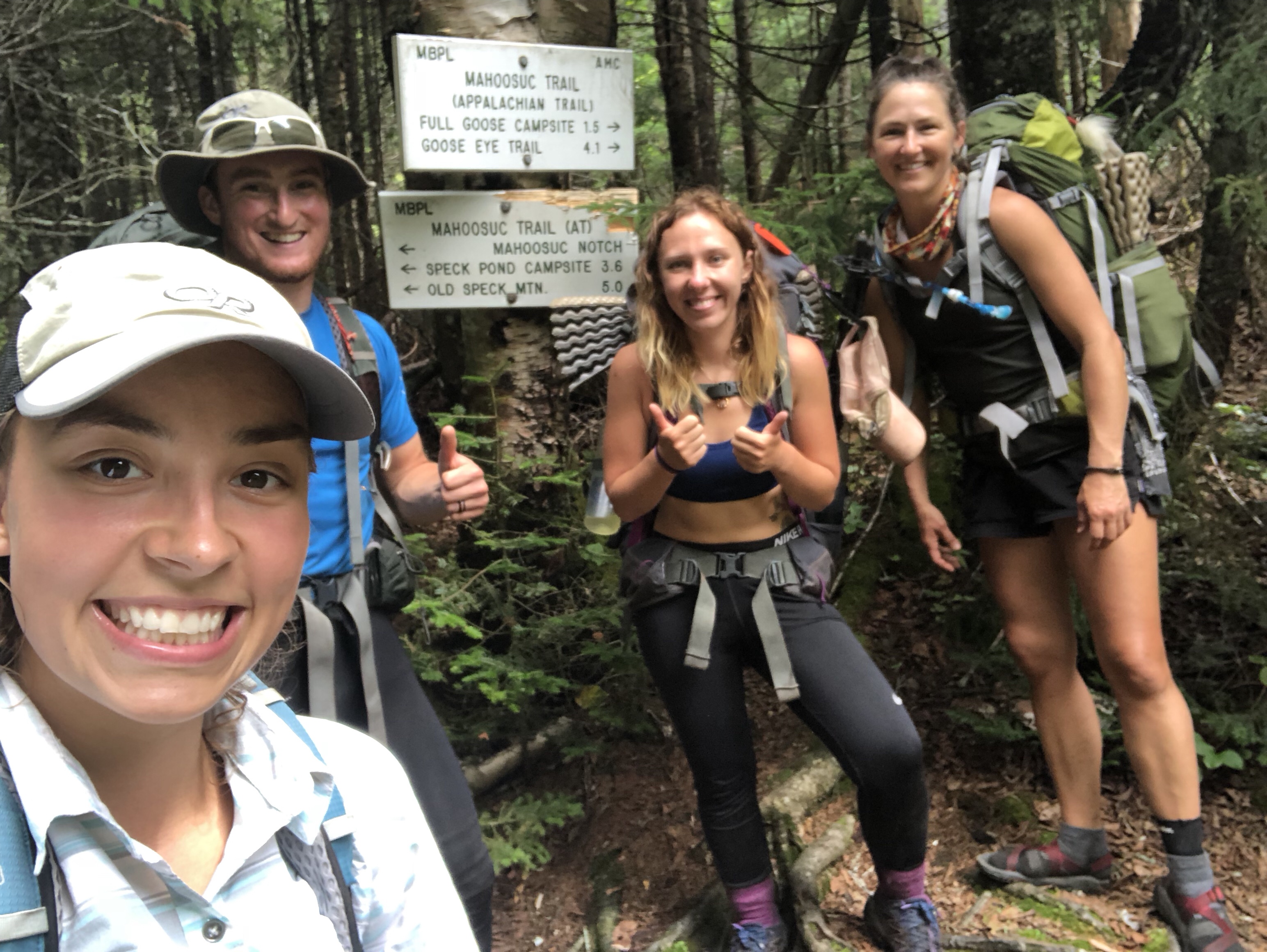 Don’t be fooled by the smile and thumbs up, the notch was not fun – I was just ecstatic that I made it out alive.

Guys, guys, guys. Guess what?! We made it out of Maine and into New Hampshire. Can you tell I’m excited? I never thought I’d make it through an entire state, but here I am just chilling in a double-decker lean-to with a pretty sweet view in NH. Hell, yeah. 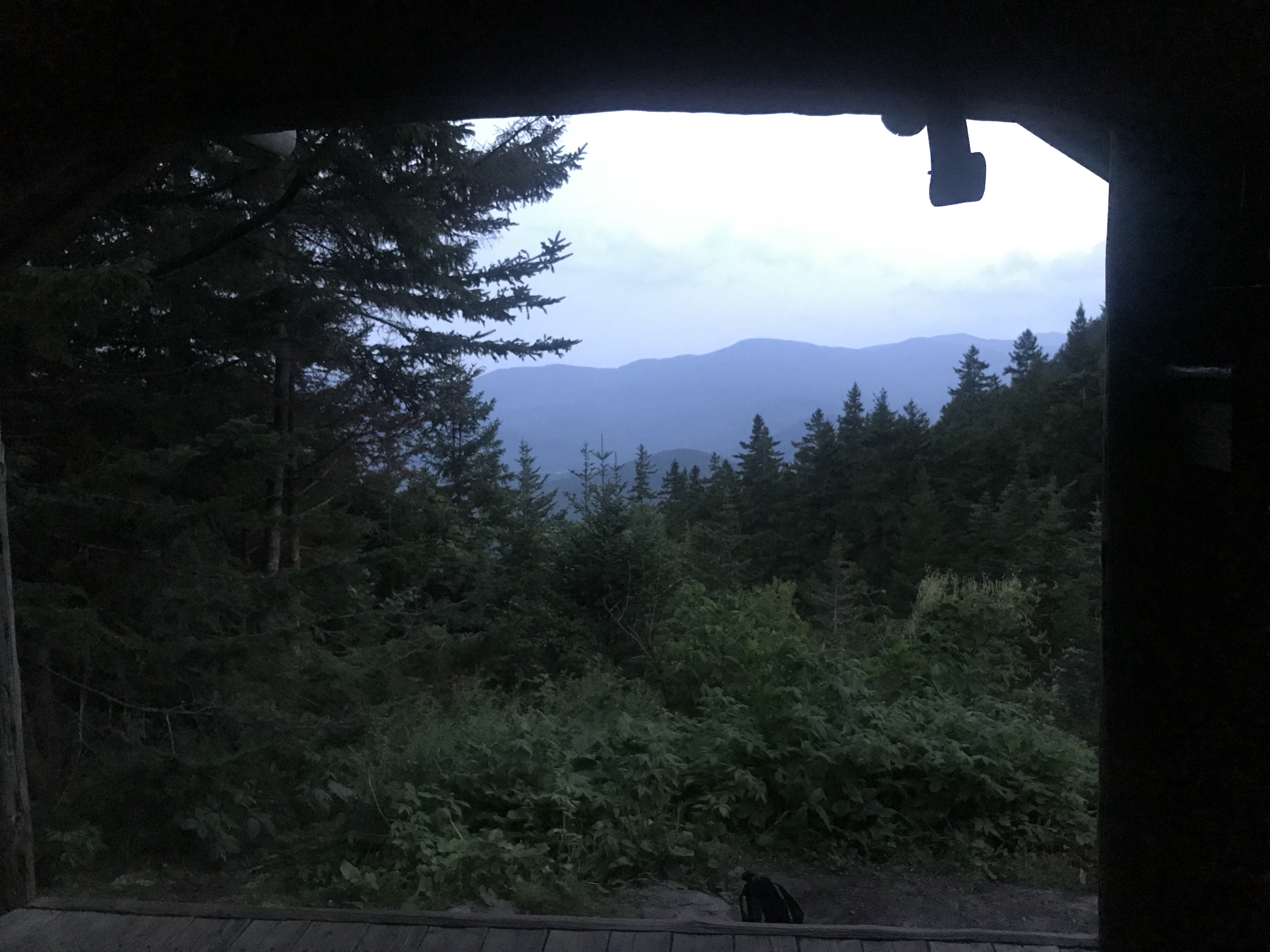 The last few mountains of Maine had obnoxious climbs. Almost vertical rock walks to some pretty awesome alpine summit views. I should be accustomed to that by now, but I guess I was just hoping for a nice exit. Silly me. 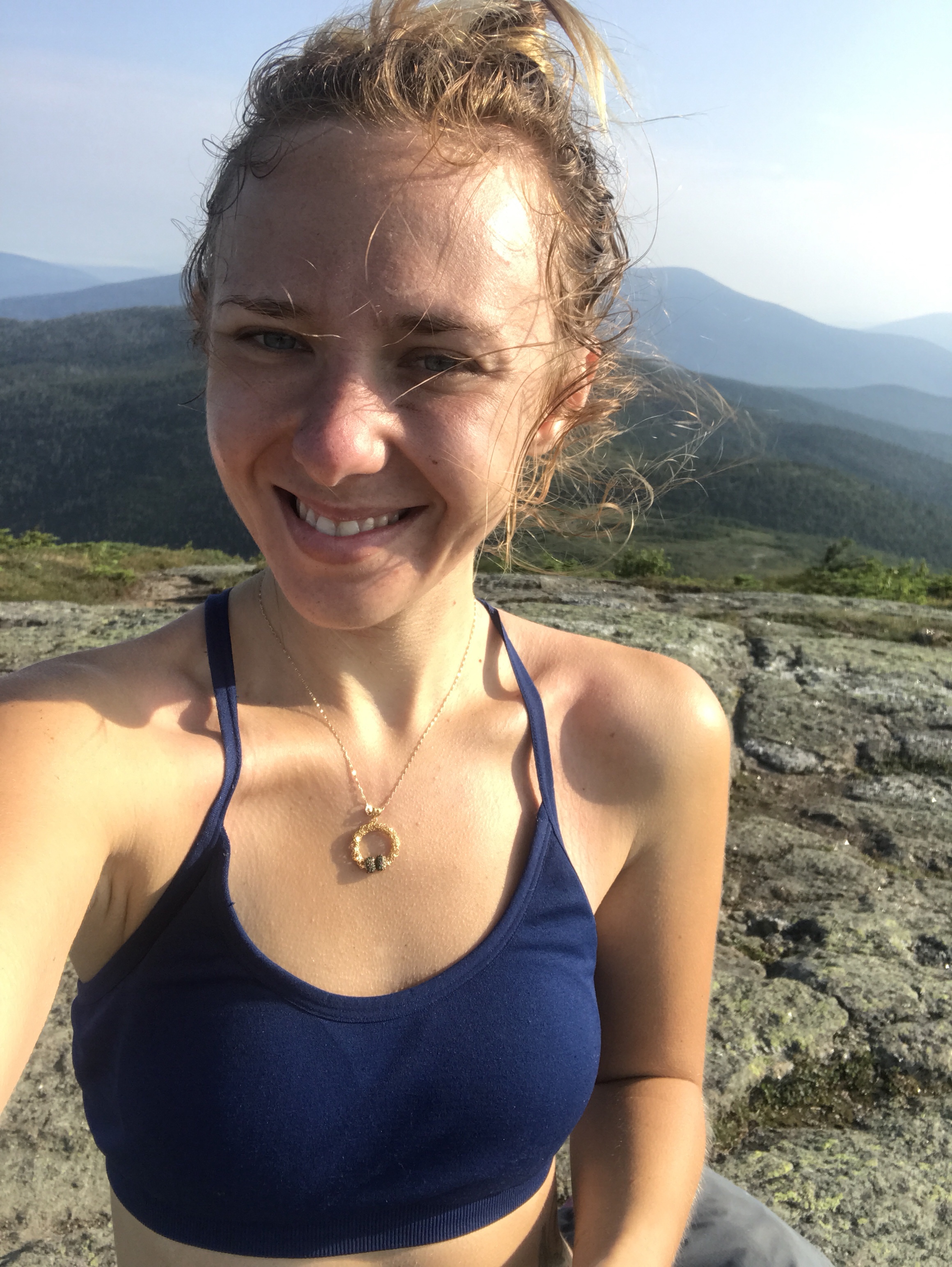 Hello from the world’s sketchiest ladder. If you adopt the just don’t look down approach you’ll be just fine. 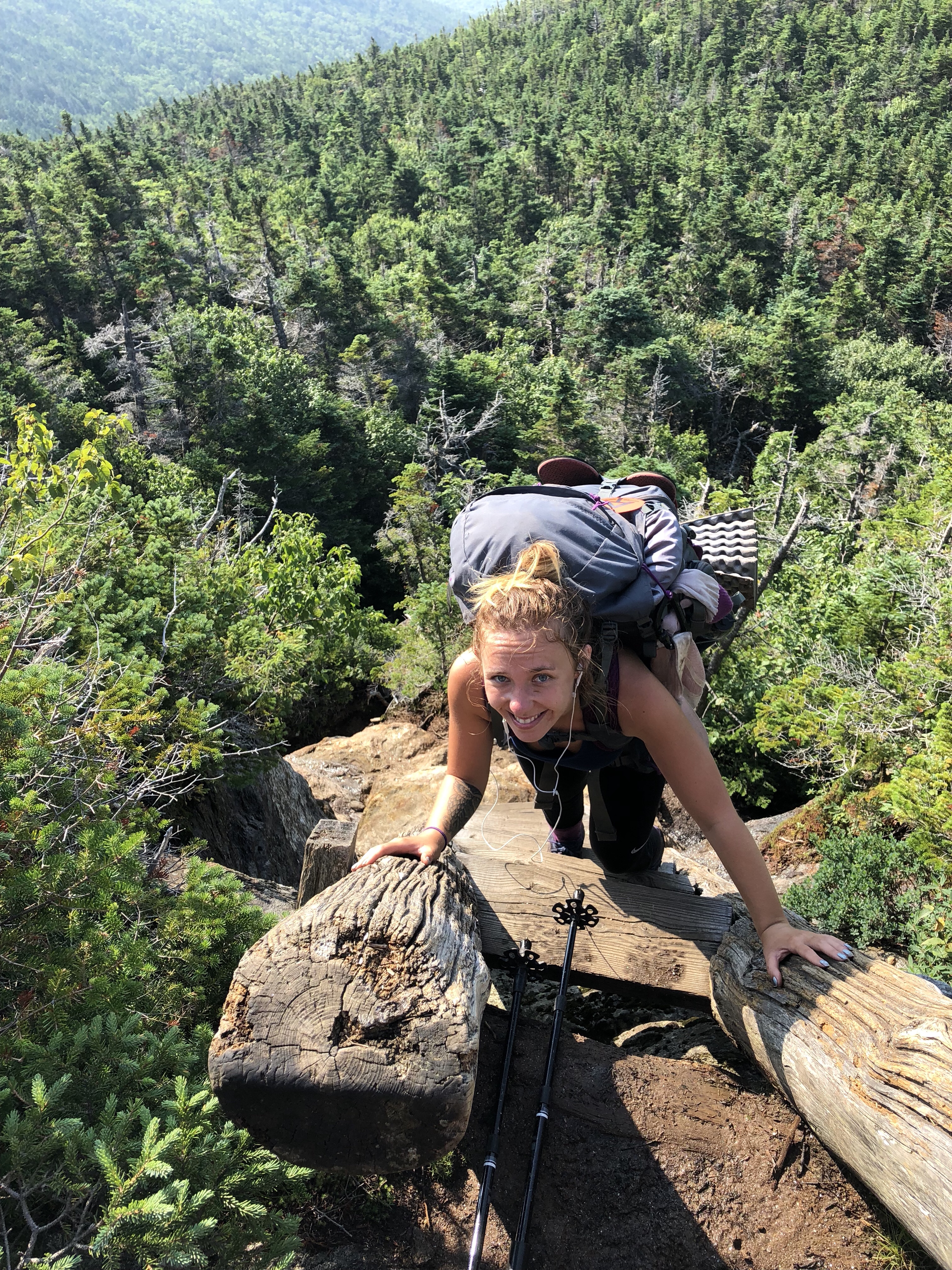 Want to see our happy faces as we reached the Maine-New Hampshire border? I’m going to show you regardless. 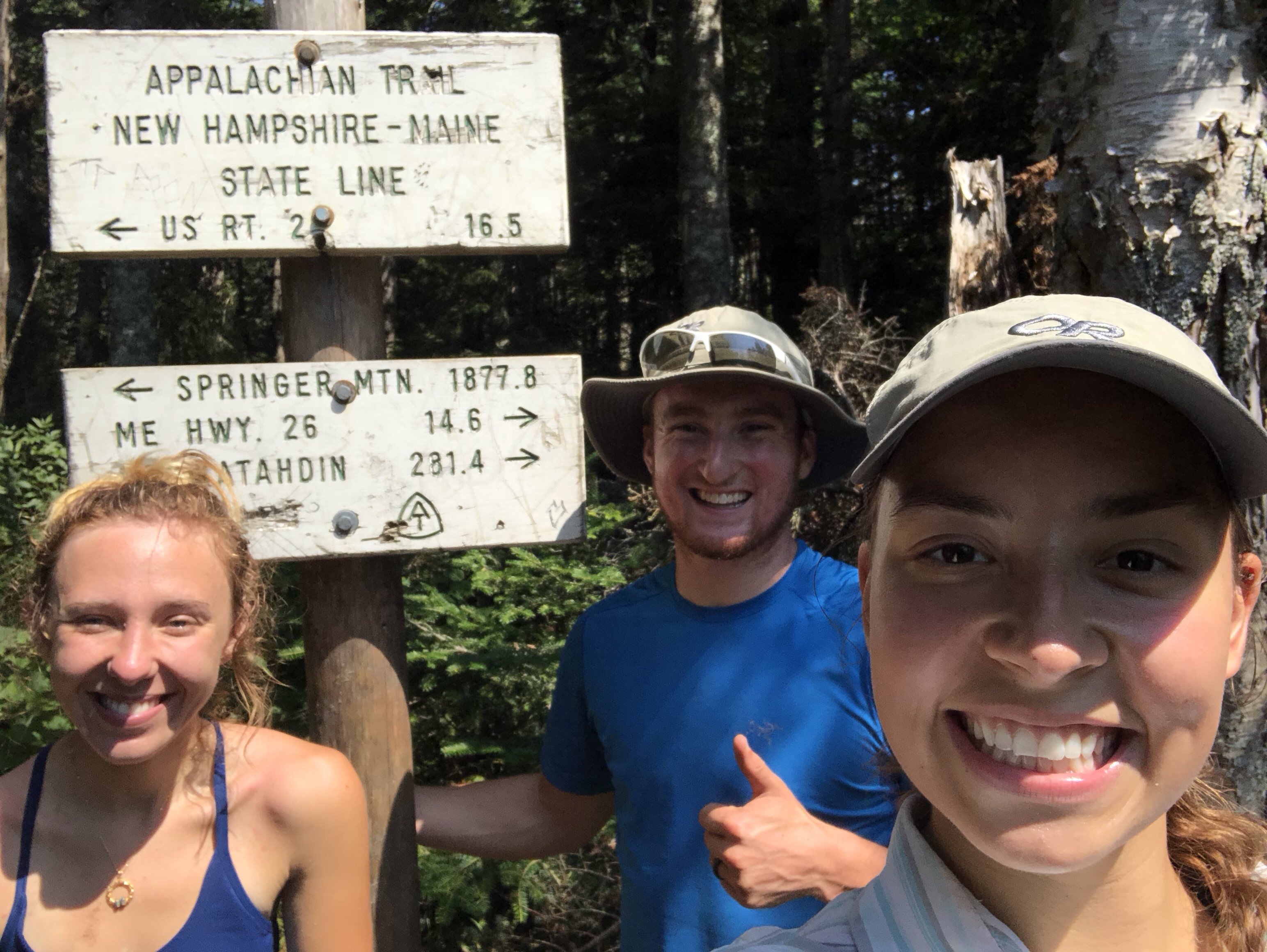 Our first mountain of New Hampshire was gradual but very much reminiscent of Maine. 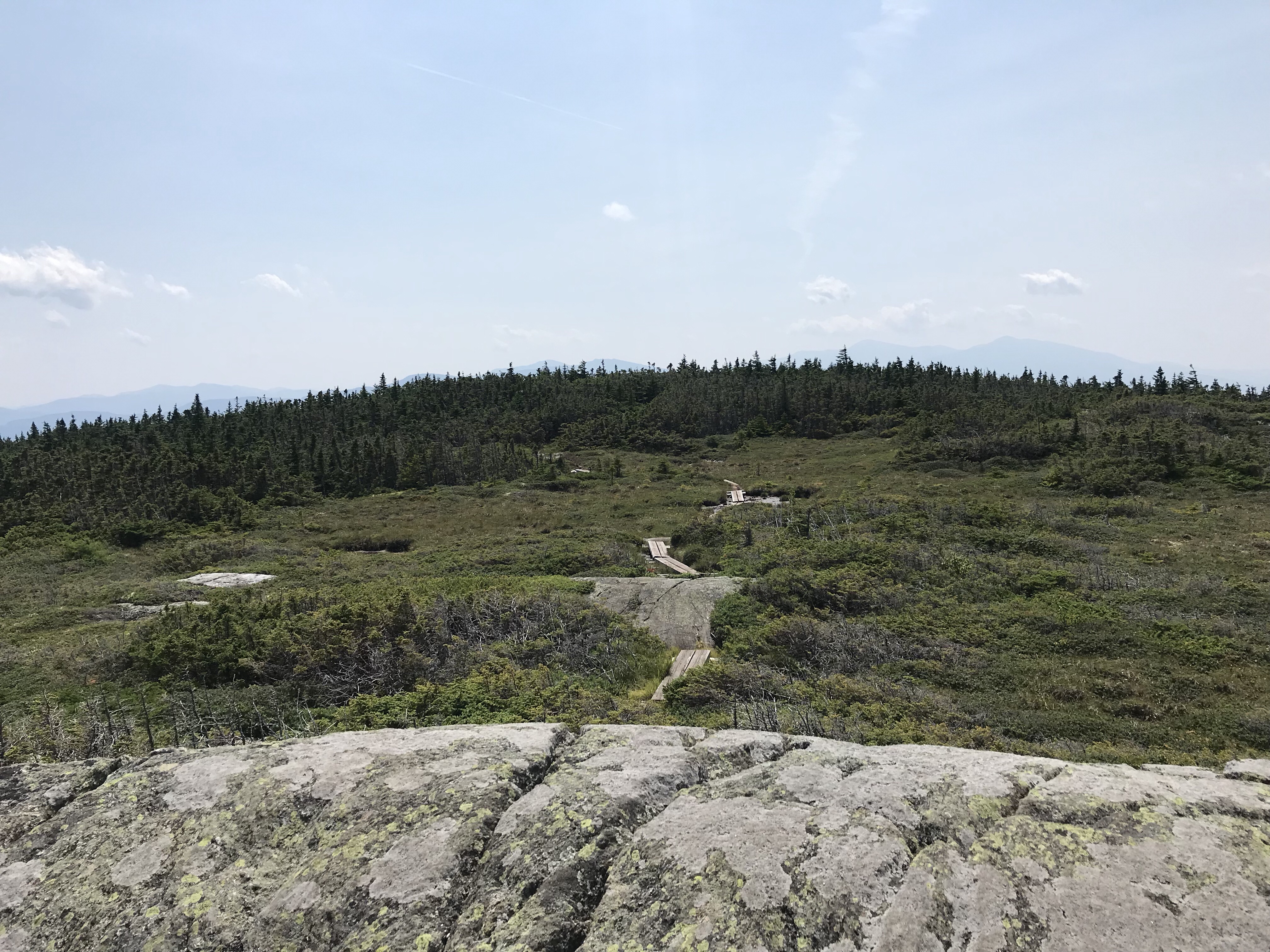 There was one slight difference – a side trail a little south of the summit of Mount Success led us to a plane crash site from the 1950s. I can’t give you the details because I haven’t had a chance to research it yet, but supposedly it left two dead and five survivors. 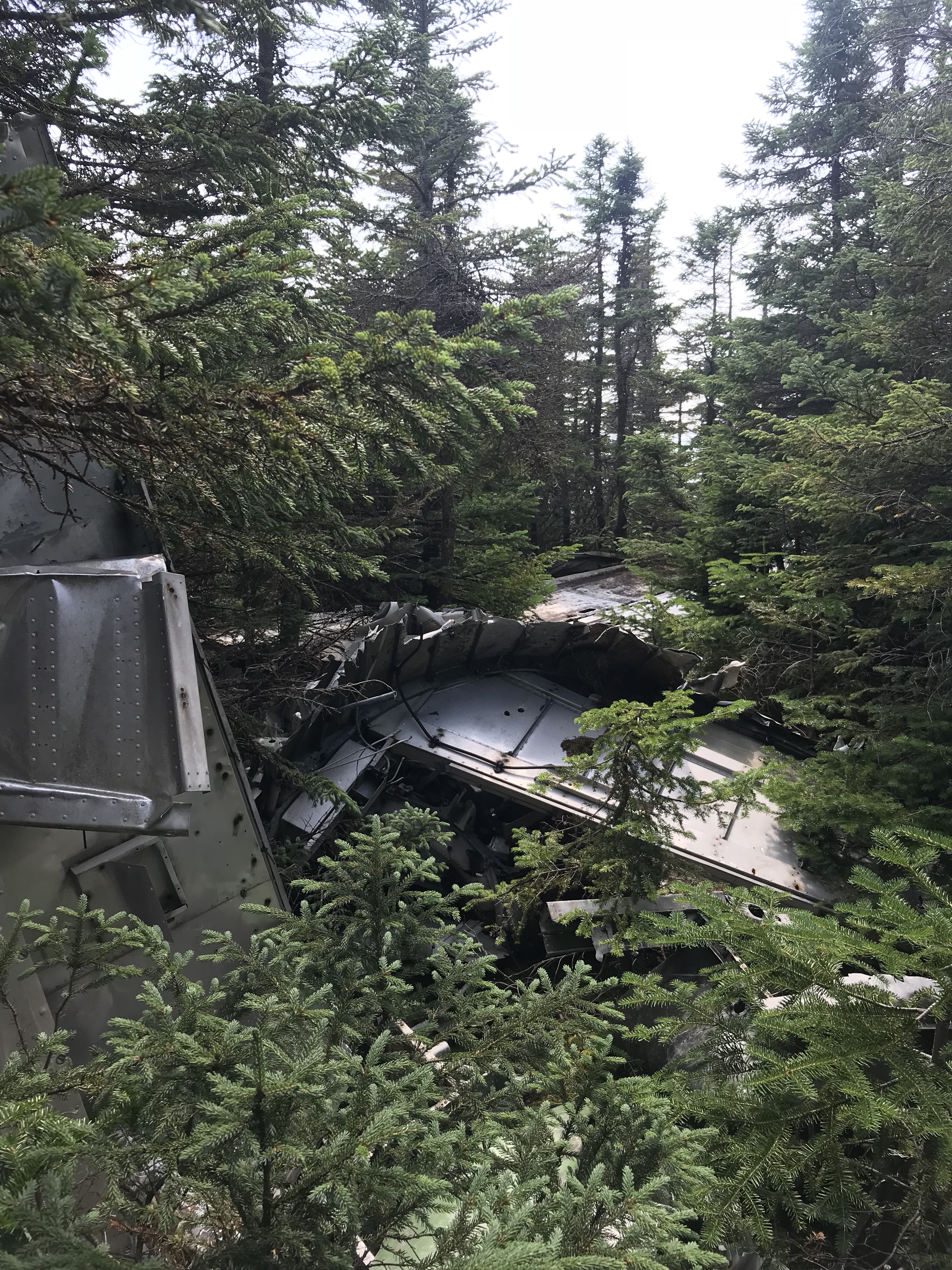 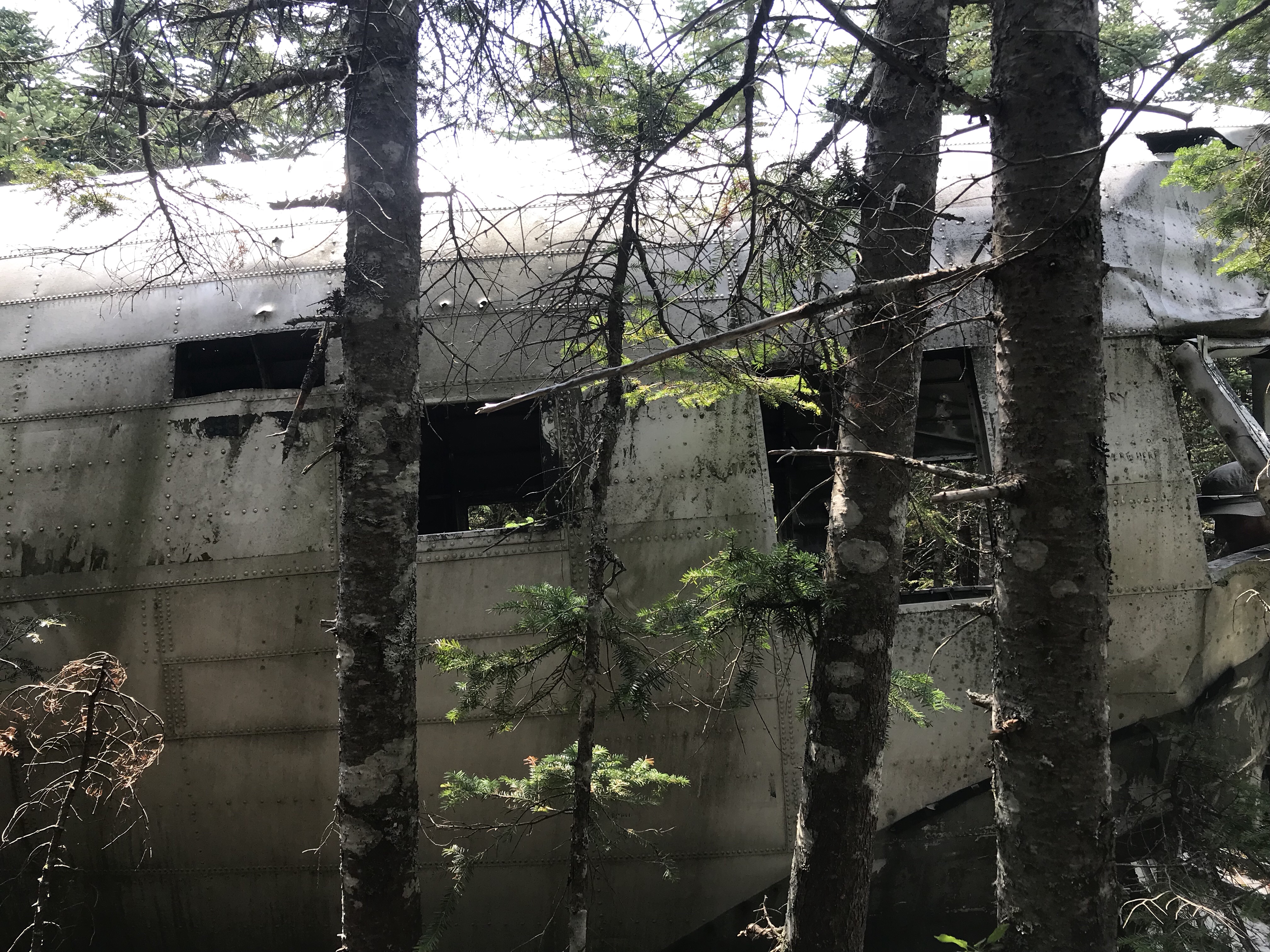 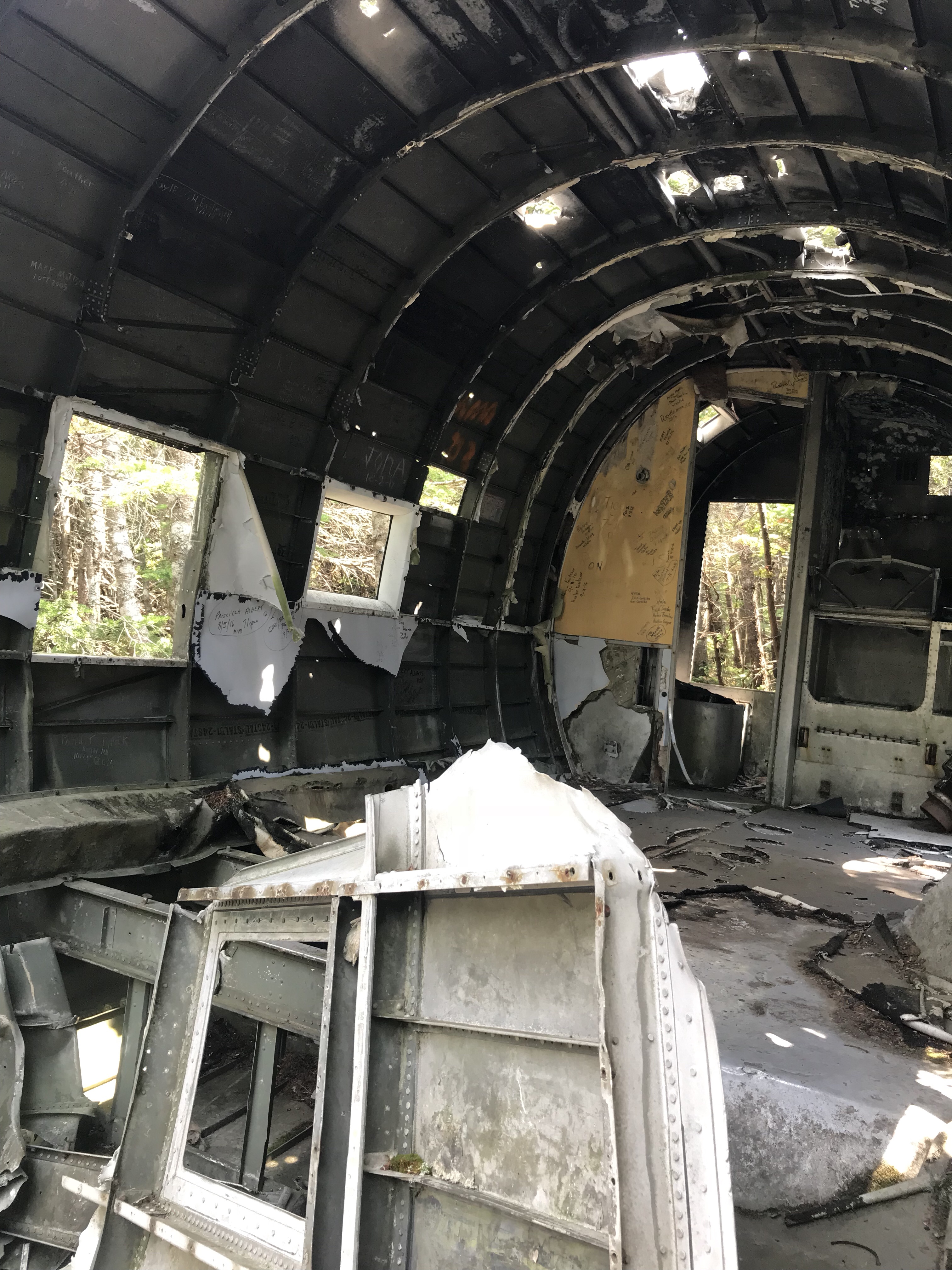 Ticking a state off the checklist was definitely a morale-boosting day. We’re all still pretty tired from the Notch yesterday, but the beaming smiles can’t be knocked off that easily.

We’ve got a longer day tomorrow so it’s time to hit the pillow. I’m just going to go ahead and leave you with this view. 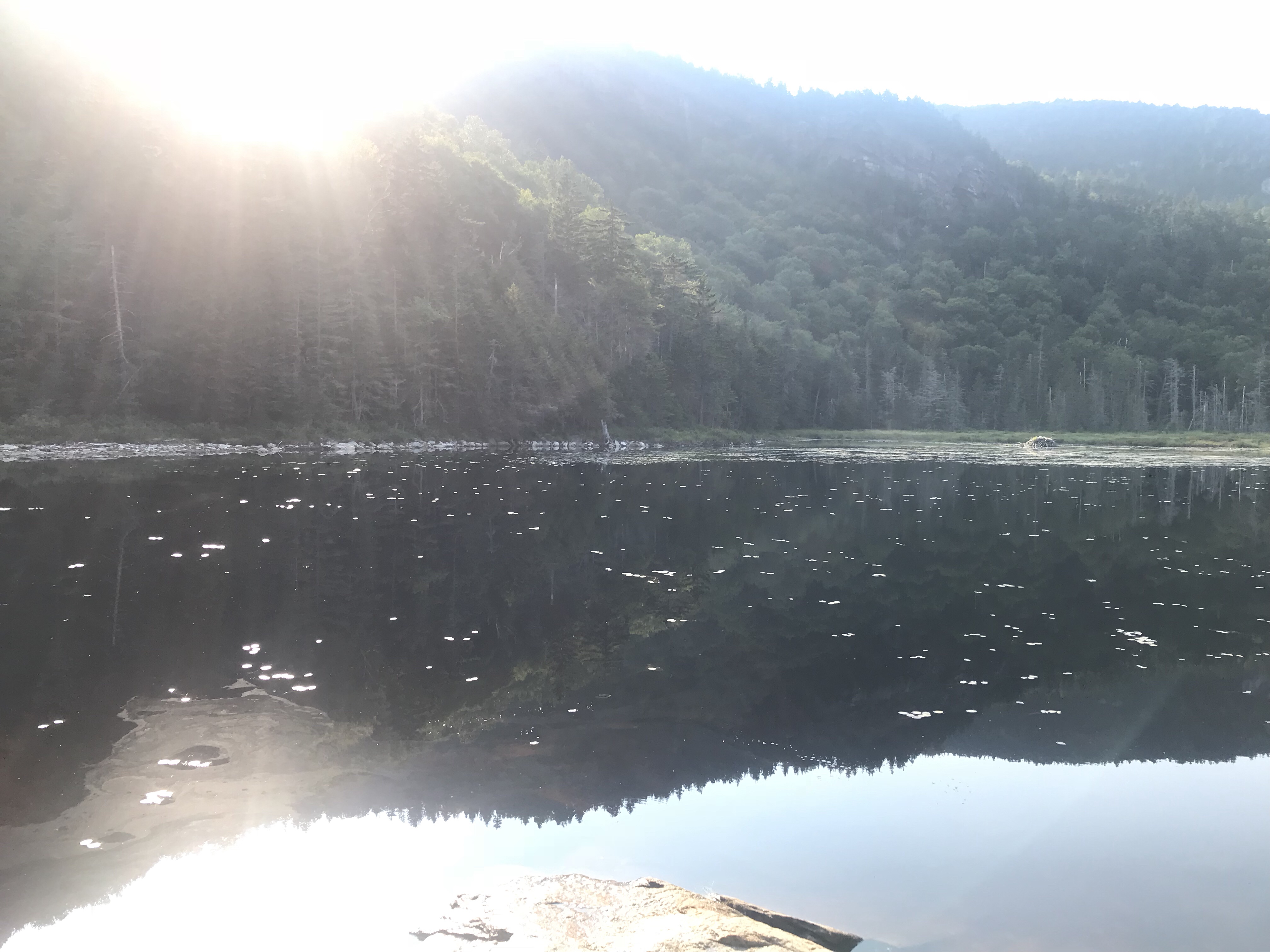 More updates tomorrow. In a while, crocodile.

Have you ever had sweat pour off you while you’re walking downhill? My face was thankful for the flowing mountain streams, that’s for sure.

Today was hot in case you hadn’t guessed. It made what should have been an easy day extremely hard. I’m a little on the fatigued side, which probably doesn’t help my case. Good job we’re taking a zero tomorrow. Going to need all the rest I can get before the Whites on Thursday.

The terrain was a lot nicer today. We had hills and a few steep climbs but they were short. We had our first glimpse towards Mount Moriah and the Whites, too. 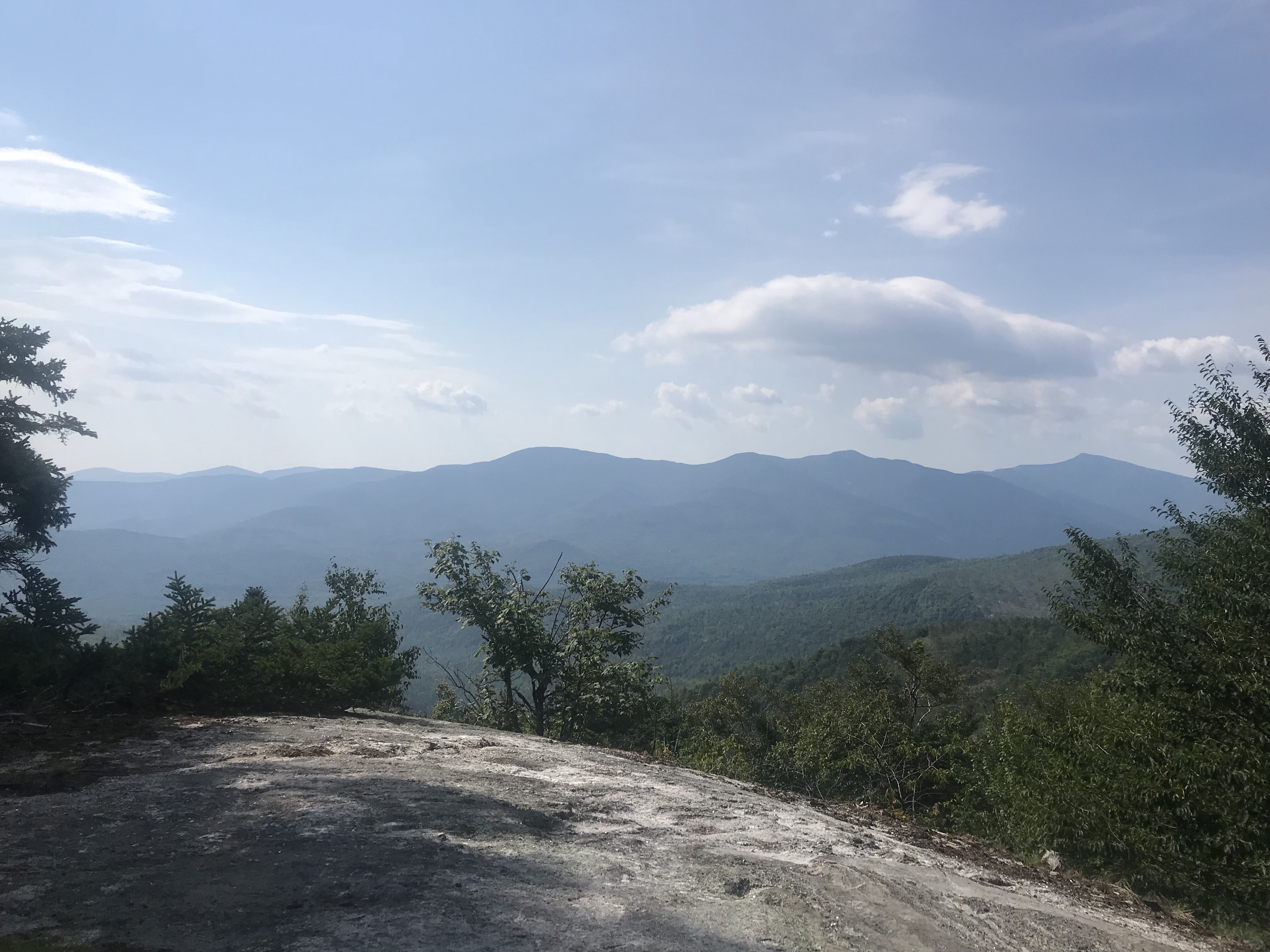 We even had some alien terrain. Can you identify this? 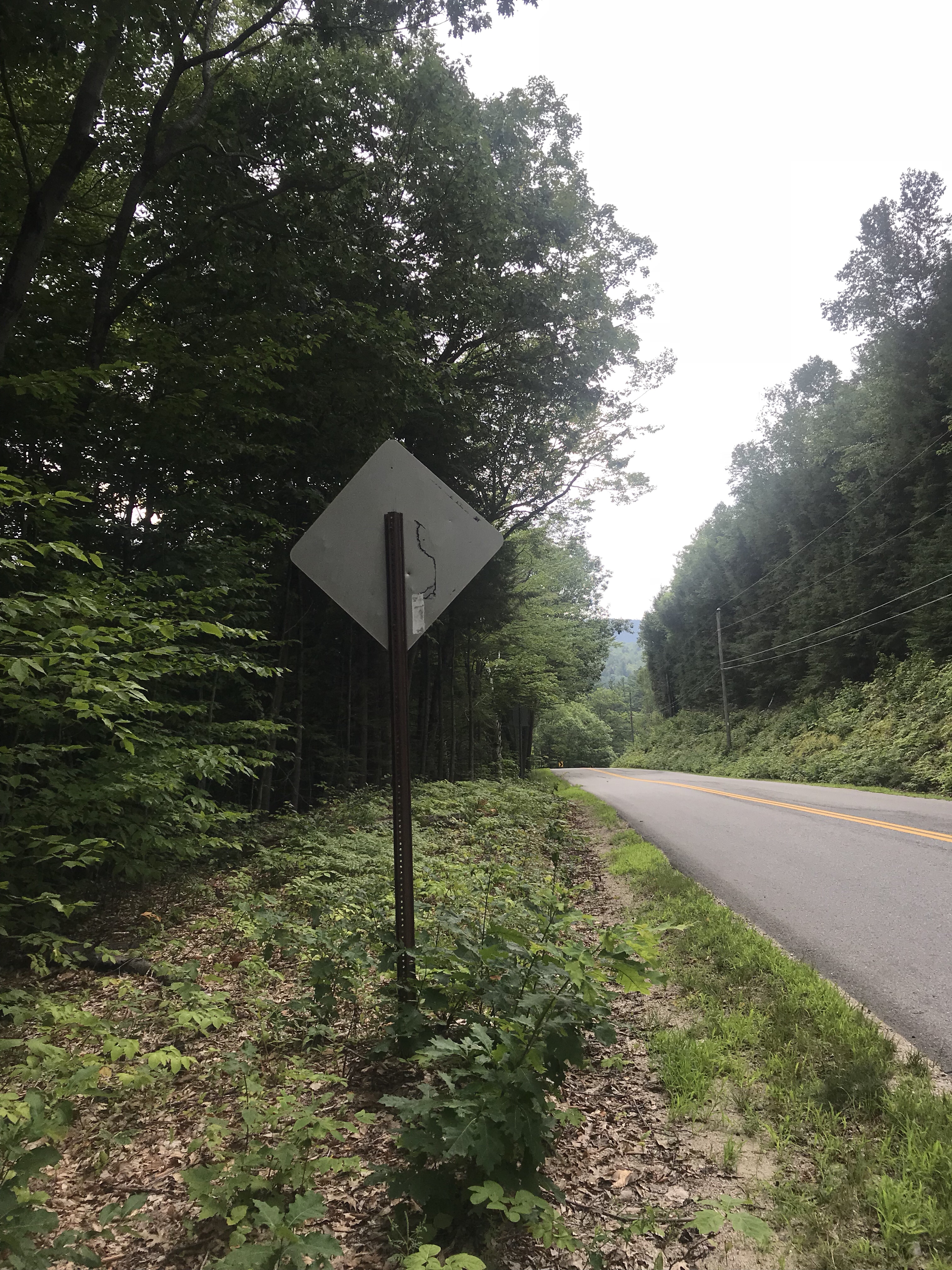 Flat land? Well, I’d have never guessed that existed here. It made quite the change and a good one at that.

We’re camping tonight. Would you laugh if I told you our spot was a two-minute walk from the hostel we’re staying at tomorrow? I may have swung by to buy a can of Coke. Before you say anything, I needed something to wash my bagel down. Would you eat dinner without a drink?

Do you know what’s sad, though? I hated every mouthful. A tragedy, I know. I’d been looking forward to a Coke all day. Thirty days in and I think I’ve finally kicked the Coke habit. I’m moving on to milk.