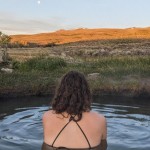 I’ve hiked about 165 trail miles and have made it to Fontana Village where Bilbo, Gone Boy, Ukelady, and I have decided to zero at the lodge. This place is not the Budget Inn…

My night at the Budget Inn was less than pleasant. Snoring in a small confined space does not bode well for sleeping. I may have gotten 2-3 hours that night which was disappointing but at least I was warm and out of the rain. The next day I drank several cups of coffee and ran up the trail to put some distance between myself and the snoring hikers. I crossed the NA/GA border and camped at Bly Gap. Sadly this meant I left Culture Club behind as they neroed to the first shelter out of Dick Creek Gap. 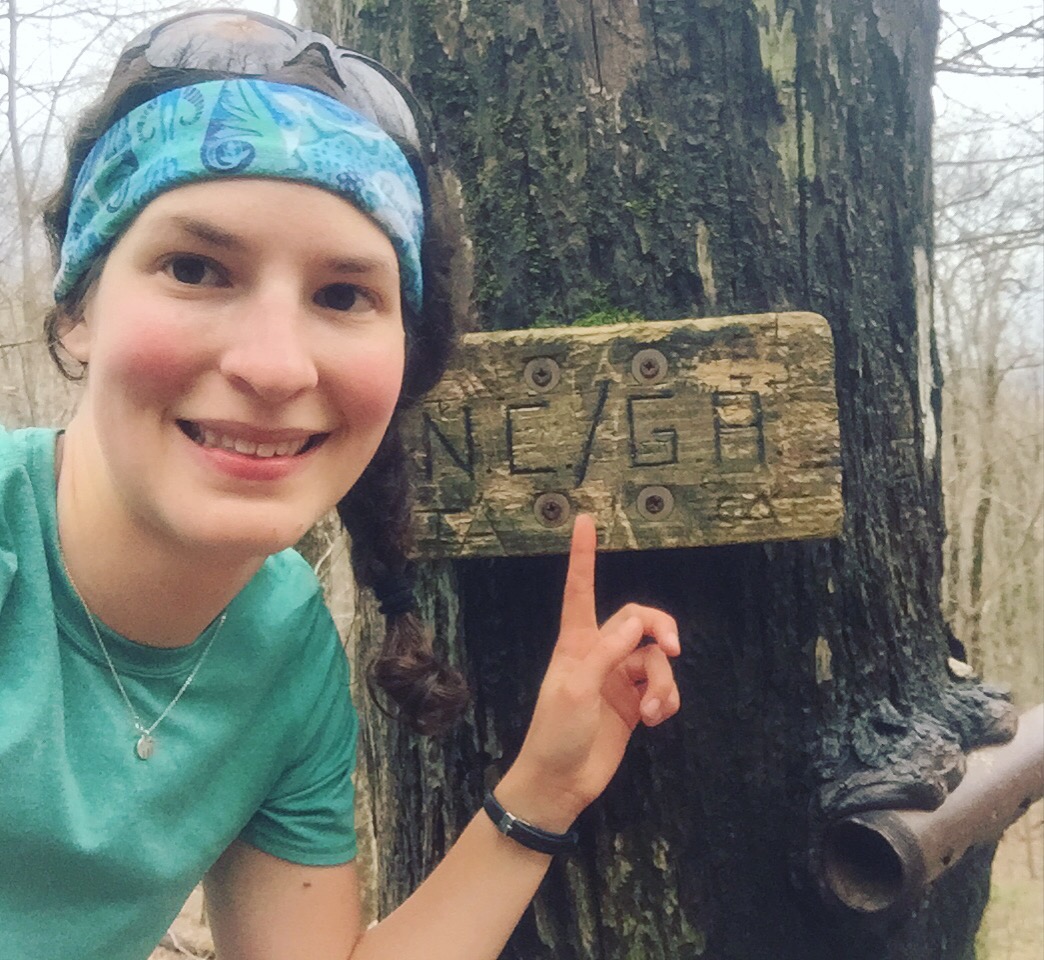 First state down and totally hopped up on caffeine.

Fortunately, the next day Gone Boy and Bilbo caught me and I have been hiking with them ever since. We all stopped for trail magic in Deep Gap, NC from ’14 thru hikers Fivel and Little Foot. They made burgers and had salad and lots of other delicious food for hikers. It was a great second lunch 🙂 From there we hiked over Standing Indian Mountain and camped at Beech Gap which is a beautiful site but the wind howled all night. Strangely, the weather has been windy ever since.

Our goal was to hike 16 miles the next day to Rock Gap Shelter. The view from Albert Mountain was stunning and hitting 100 miles was a morale boost. There was even trail magic on top of the mountain in the form of clementines. 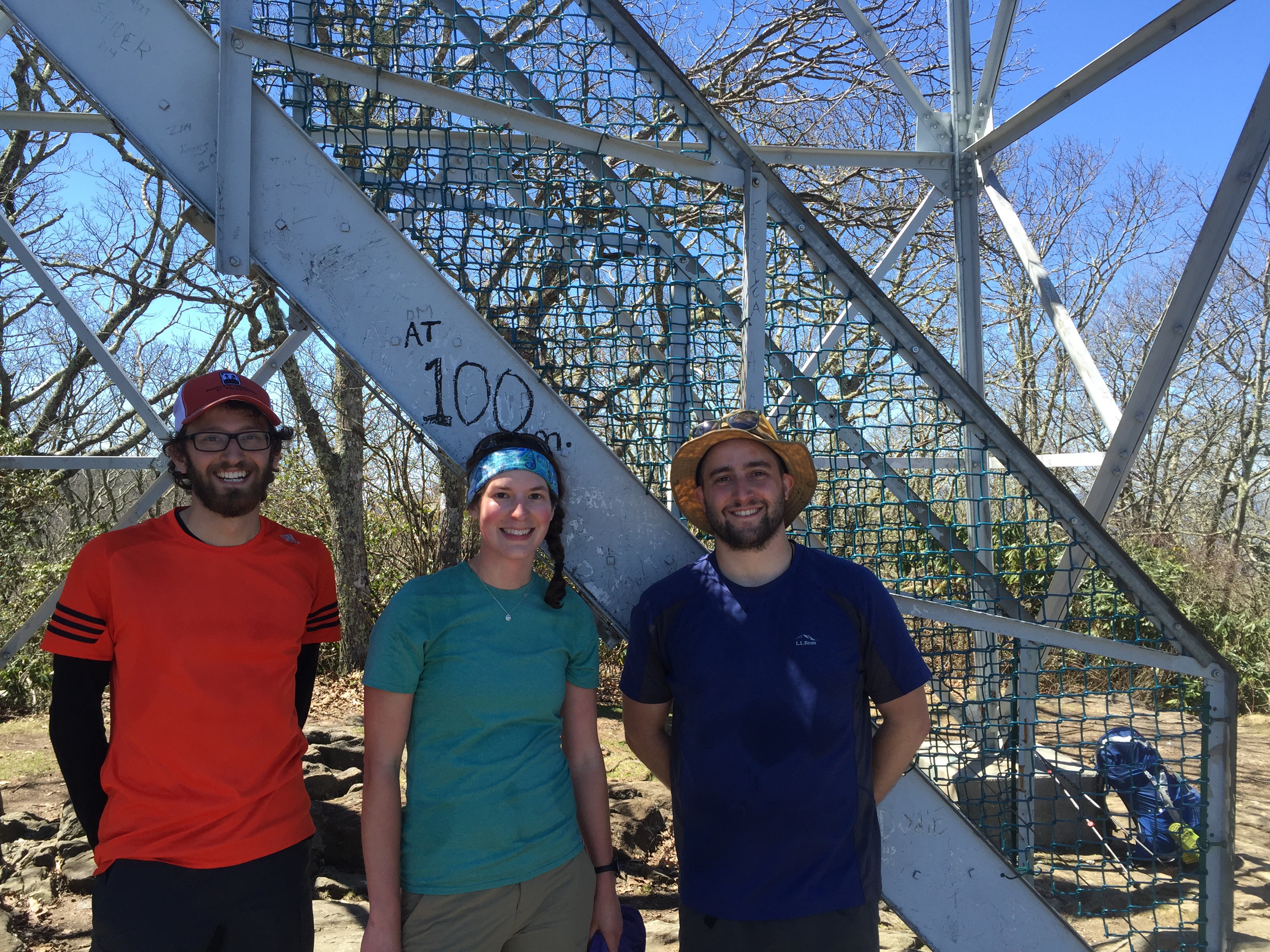 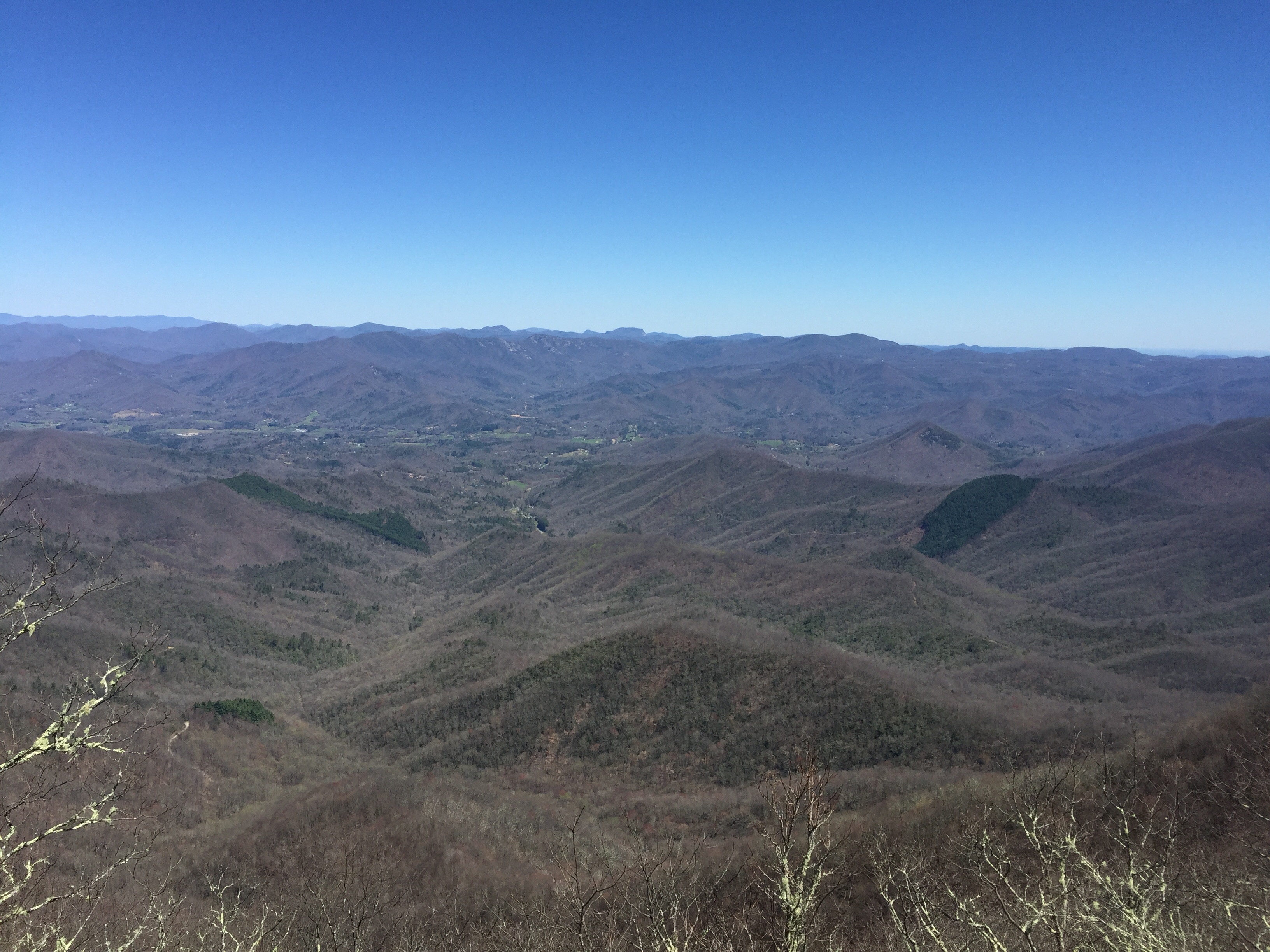 It was a short hike down from Albert to the shelter but we all were tired from the climb up and it felt like forever. When we finally got there we ran into Thor and Athena who we tend to leap frog most days. We all realized there was no space in the shelter or around it for tents so we decided to hike on to try to find a place to camp. We made it another few miles to Wallace Gap with no luck on camp sites. Downtrodden and tired we stood at the road contemplating our options which seemed dismal at best. And then as if sent down from the heavens, Kathy appeared and offered the greatest trail magic to stay at her house and cook dinner for all five of us. Gone Boy almost had a heart attack from pure joy. And that is how we stayed in the valley on a cold night and ate the most delicious dinner. The best part is that they let us use their shower and bathroom. It was our first trail magic and it couldn’t have come at a better moment. We camped in their yard and had smoothies the next morning before they dropped us back at Wallace Gap. We power hiked the 3 miles to Winding Stair Gap and got a shuttle into Franklin to resupply. 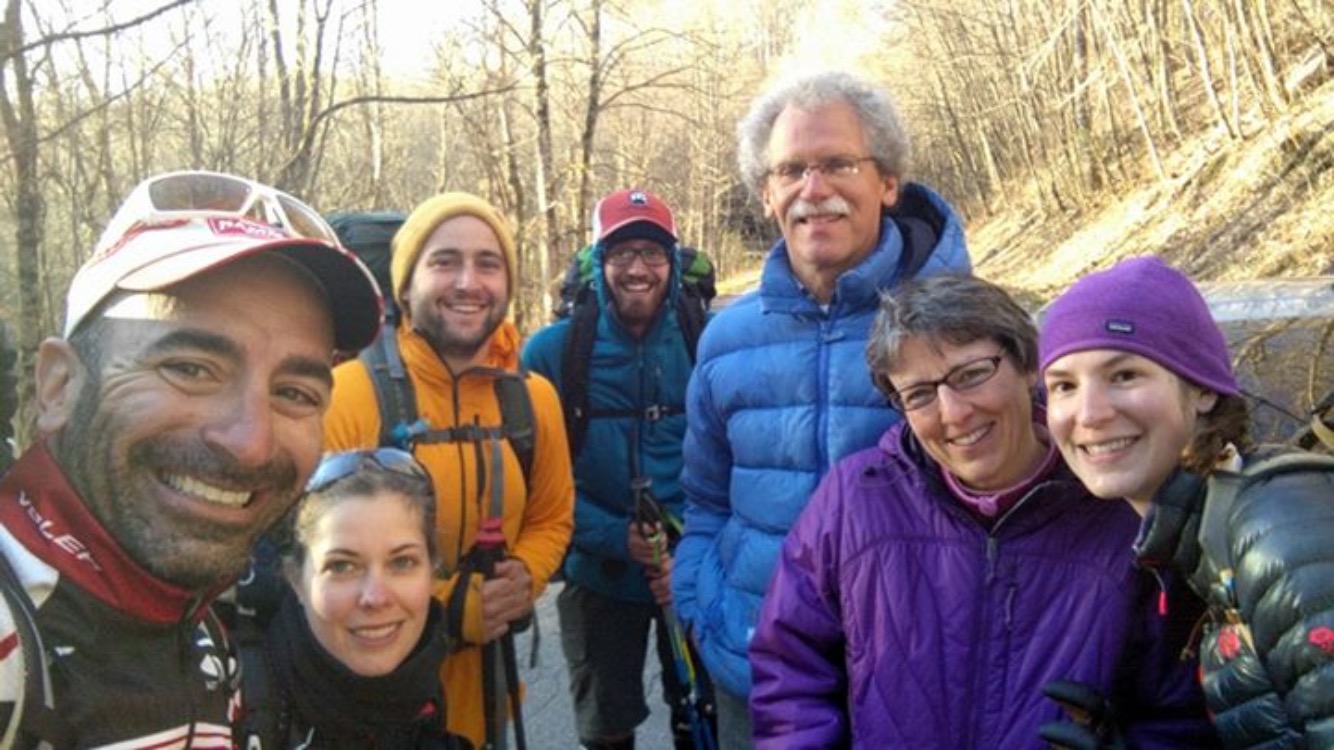 We intended to do a “hero” day in Franklin but lucked into more trail magic and ended up staying the night there. We spent a lot of time at Outdoor 76 while Gone Boy got new shoes. Apparently his boots were about 3 sizes too small. My shoes were deemed the appropriate size so no expensive purchases for me. My feet have been doing well with not much aching and zero blisters thus far. Thank you Salomon. We had lunch at the food truck next to Lazy Hiker Brewing Co. 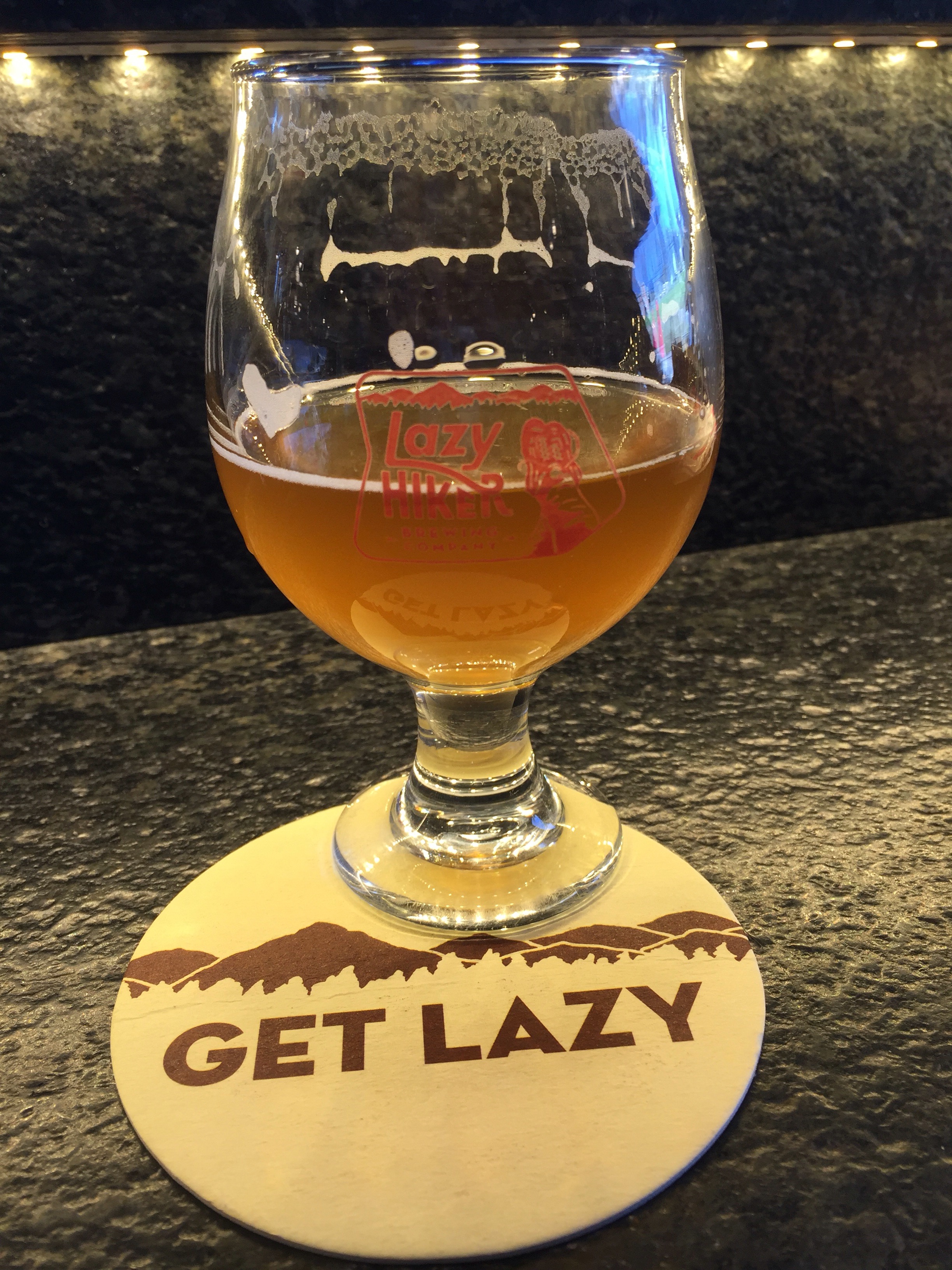 No arguing with this coaster.

The food and beer were delicious. After a few brews, we walked to Ingles to resupply where we ran into ’13 thru hiker Grim. He offered a ride back to the trail and his place for laundry and showers. We were overjoyed to receive more trail magic so soon. Grim was extremely kind and offered many tales of trail wisdom. Eventually we found out Culture Club had made it to Franklin so we stayed at Grim’s and had dinner with them. It was really great to see them all and see how their hike had been. 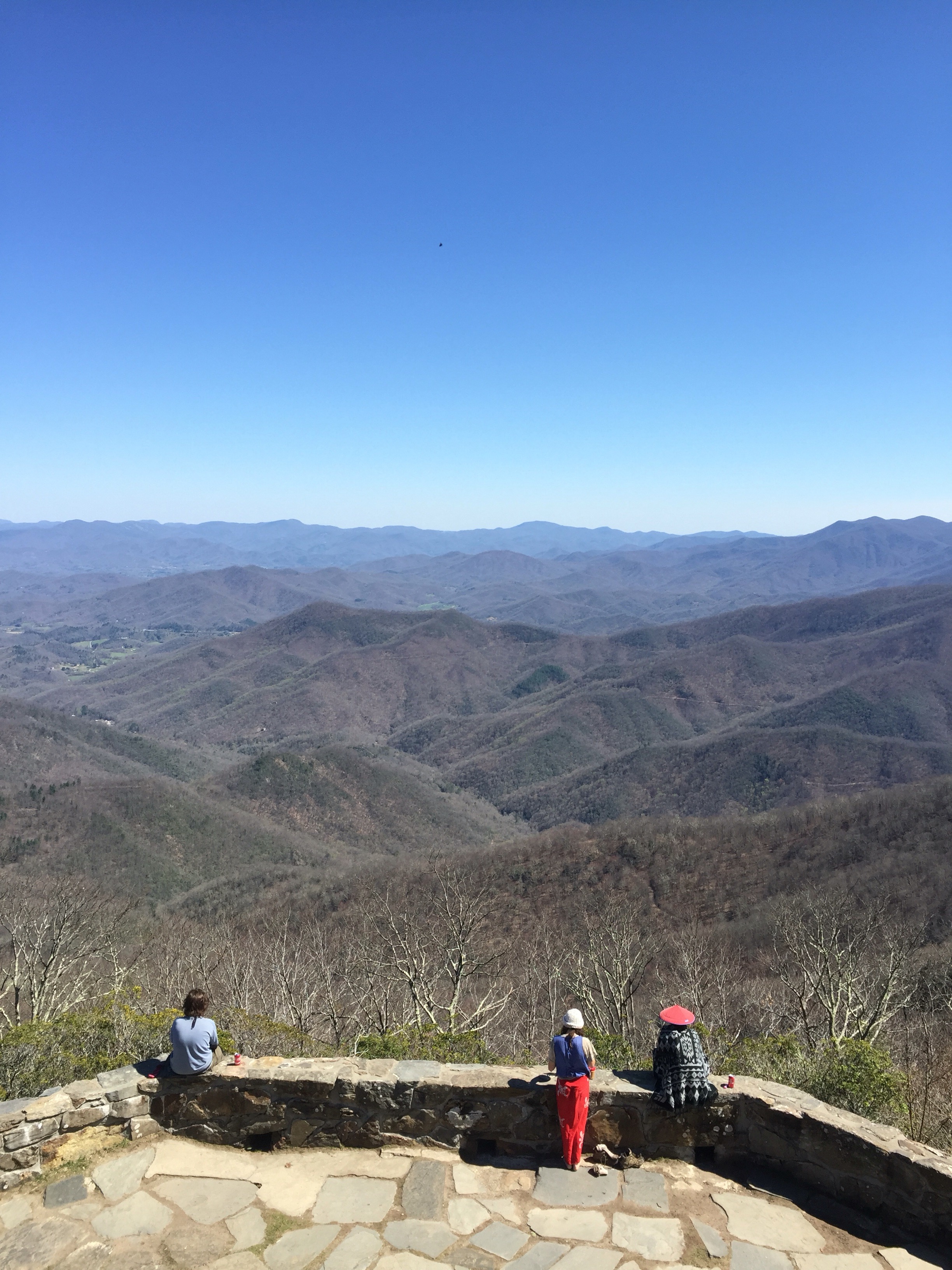 The view from Wayah Bald tower.

From Franklin we hiked over Siler and Wayah bald to the Wayah Bald Shelter. And then to Wesser Bald shelter the next day. We have had great weather besides being a bit cold so all the views were stunning rewards. A mouse chewed into my food bag that was on the bear cable at Wesser Bald Shelter. Fortunately it only got a pack of peanut butter crackers but I was still bummed as we headed out for NOC. Lunch at NOC was great though so I got over it. Tenacious tape is a miracle for hikers. 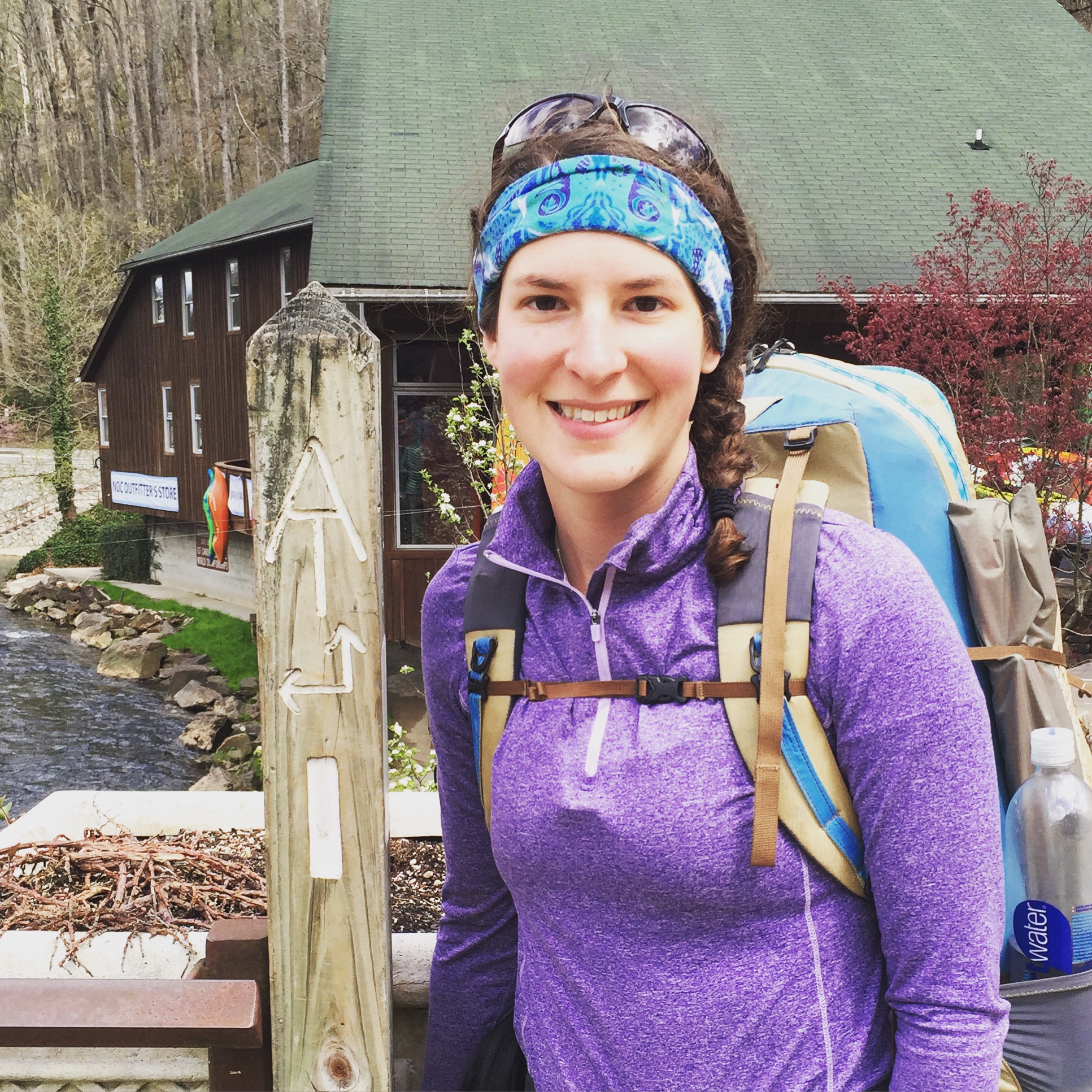 My second picture with this blaze.

With bellies full of burgers, beer, and brownies, we headed up to Sassafras Gap Shelter. Others from our makeshift group stayed at NOC but we were looking forward to Fontana. 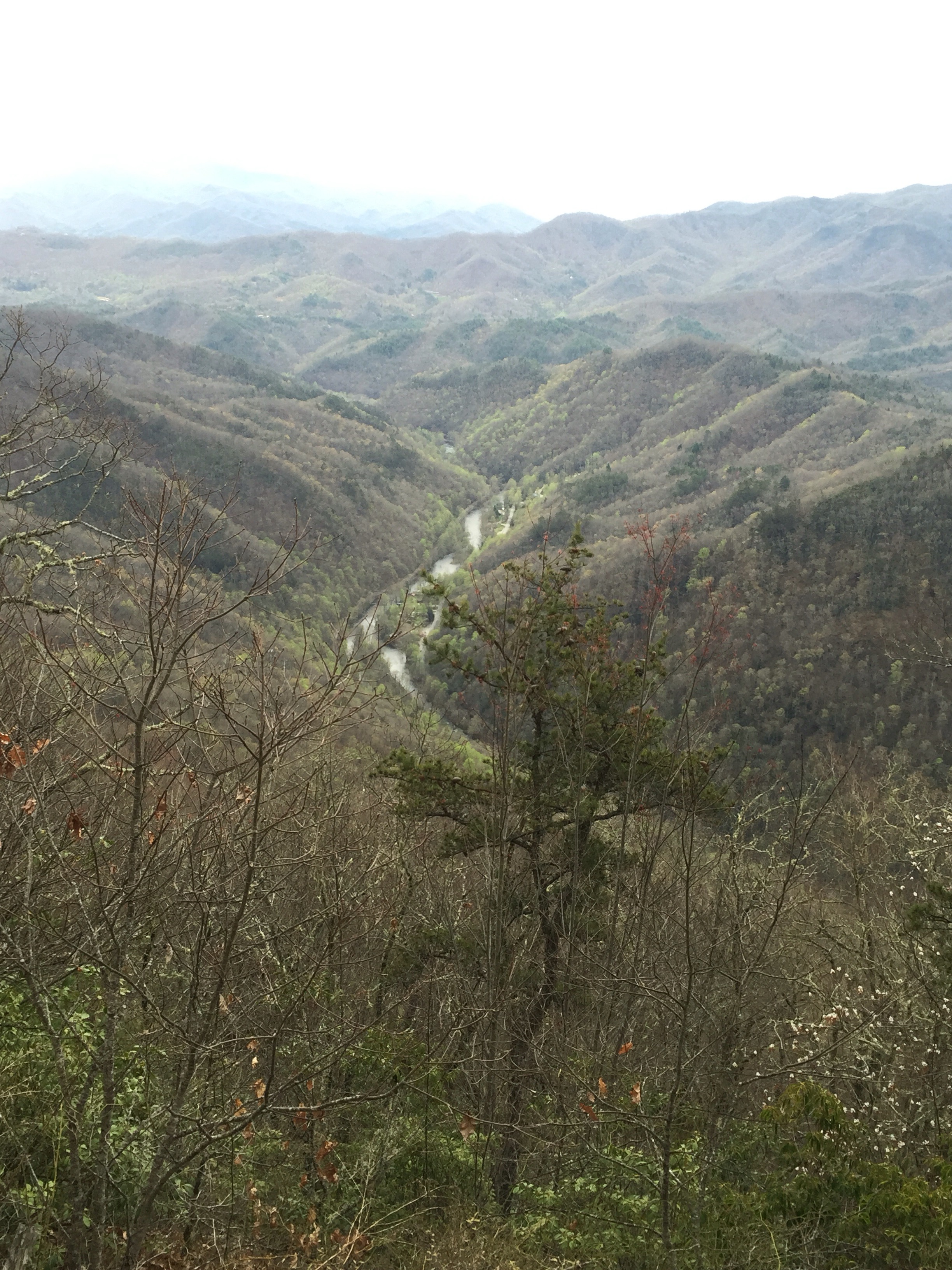 Looking back into Nanthala Gorge.

During the 7 miles up to the shelter it began raining and snowing. The shelter was full when we got there and we had to set up our tents in the rain on a slope. This was my first real low of the trip but in hindsight it wasn’t that bad. My sleeping bag is super toasty so I slept okay despite the weather and angle. There was snow the next morning on Cheoah Bald but it was just a dusting. Since that night the weather patterns have changed and it’s been significantly colder and windier. We had a big 15 mile day to Cable Gap Shelter which included the difficult “Jacob’s Ladder” section which is about a half mile of hiking at a 45+ degree angle. It was quite steep to say the least. I found out my uncle passed away from leukemia during lunch. I sat on Rocky Bald and thought about how short life is. I’m glad to be living it now on the trail.

Typical trail lunch with a view.

We were sure we would be tenting but there was just enough space at cable gap shelter for us when we got there with a girl named Kaleidoscope. It was easy to pack up in the morning and Nero the 5.5 miles to Fontana Village. We have been here indulging in laundry, showers, and delicious food ever since. I’m looking forward to the Smokies and being back in my favorite state* soon. Happy Trails!

?Blueberry
*Debatable between PA and VA but it’s VA in this context.
Bonus photo: 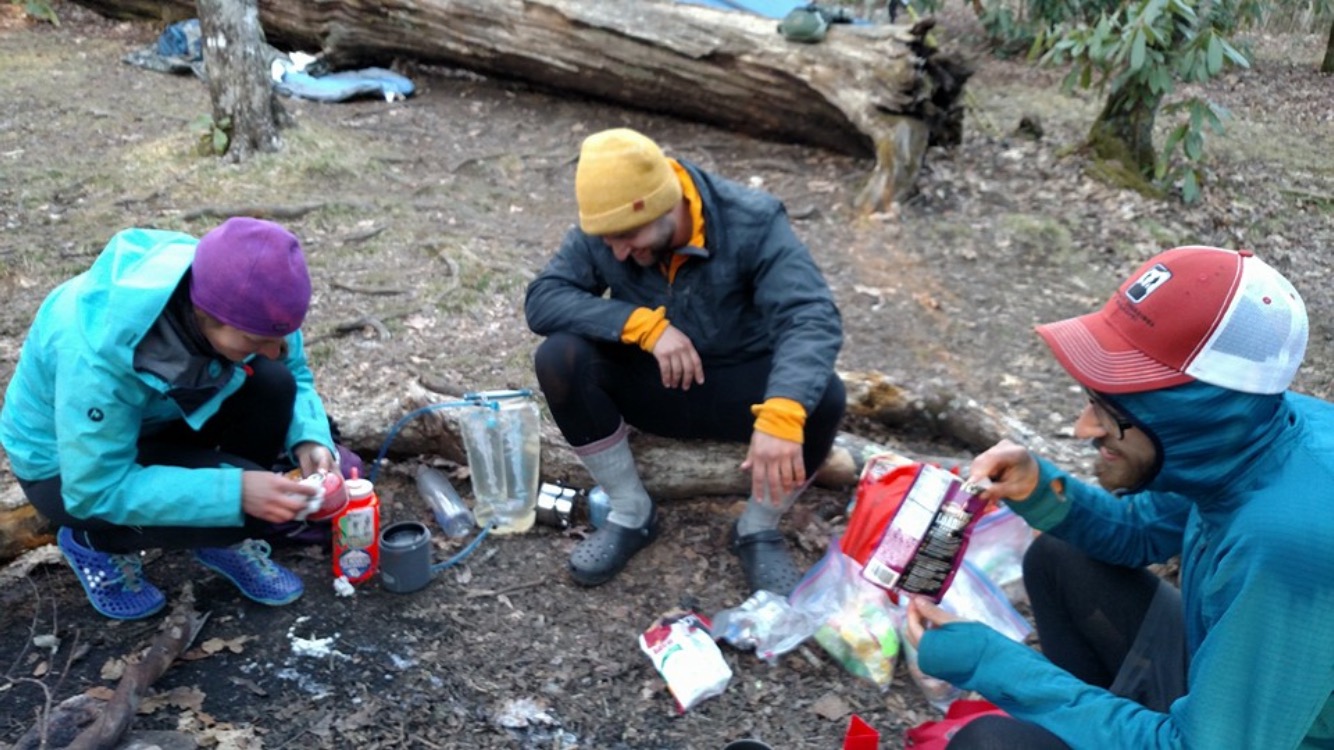 The crew moments after I spilled my dinner on Gone Boy.

Hi, I'm Olivia - a runner, hiker, and environmental scientist. Born near the halfway point in the rocky state of PA. I like pets, gear, and inspirational Jenn Pharr quotes. "Blueberry" - GA->PA 16