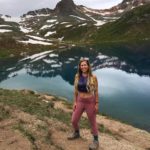 The Highs and Lows of New Hampshire

When I met Miss Janet in Pennsylvania, she told me that thru-hikers arrive in New Hampshire feeling like they’re ten feet tall, only to quickly be humbled by its tough terrain. (For those of you who are unfamiliar, Miss Janet is probably the most well-known trail angel out there; she follows the hiker bubble north from Georgia each year, supporting hikers along their journeys). I did not feel ten feet tall when I got to New Hampshire. I was actually disappointed by this fact – I hoped to have less hobble and more swagger by this point. I was quickly humbled anyway.

When thru-hikers are surveyed after the fact, New Hampshire is regularly voted a top favorite state along the trail, despite the fact that the White Mountains are supposed to be one of the very hardest parts of the trail (I would say the Whites are THE hardest part of the trail). I expected to absolutely fall in love with this state, especially because I’ve spent time hiking and backpacking in the White Mountains in the past and loved them. And I’ve never shied away from a challenge. But… It’s not that I didn’t love New Hampshire. It’s that I only did about half the time. In relationship terms, New Hampshire would be the intense, passionate affair that leaves you crying your eyes out on your bathroom floor in the middle of the night but when you look back, you can’t help but get a little googly-eyed. 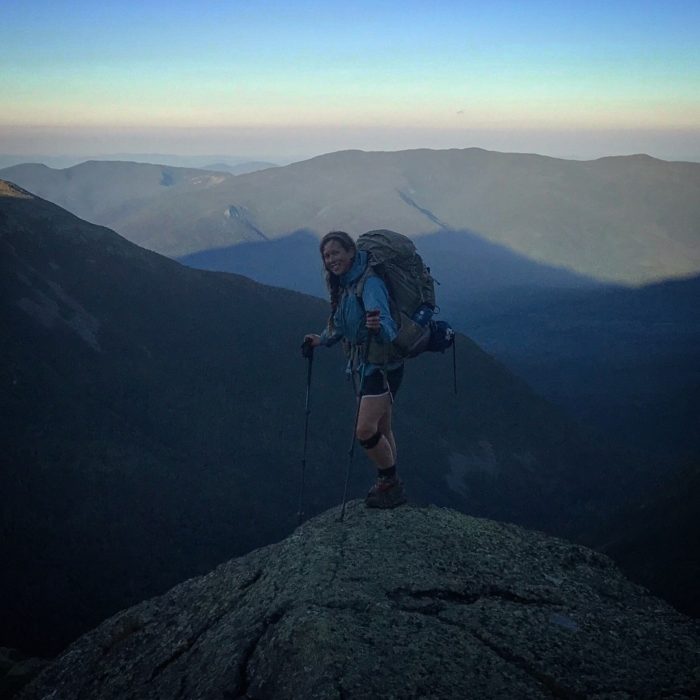 When the weather cooperated, New Hampshire was incredible. The day I hiked over the Presidential Range and up Mount. Washington, which is above tree line and said to have the worst weather in the world, was one of the best I’ve had on the entire trail. I felt like I had fallen into The Lord of the Rings, been transported to New Zealand, or at the very least hit some mountain lottery jackpot, allowing me for some reason to have a perfect day on a mountain which is rumored to only have about five of them per year. I even camped above tree line that night with Ibex and Head Chef, determined to finally get a dark sky full of twinkling stars, something that had been evading us for months. And though we froze, the sky sure did deliver, Milky Way and all. 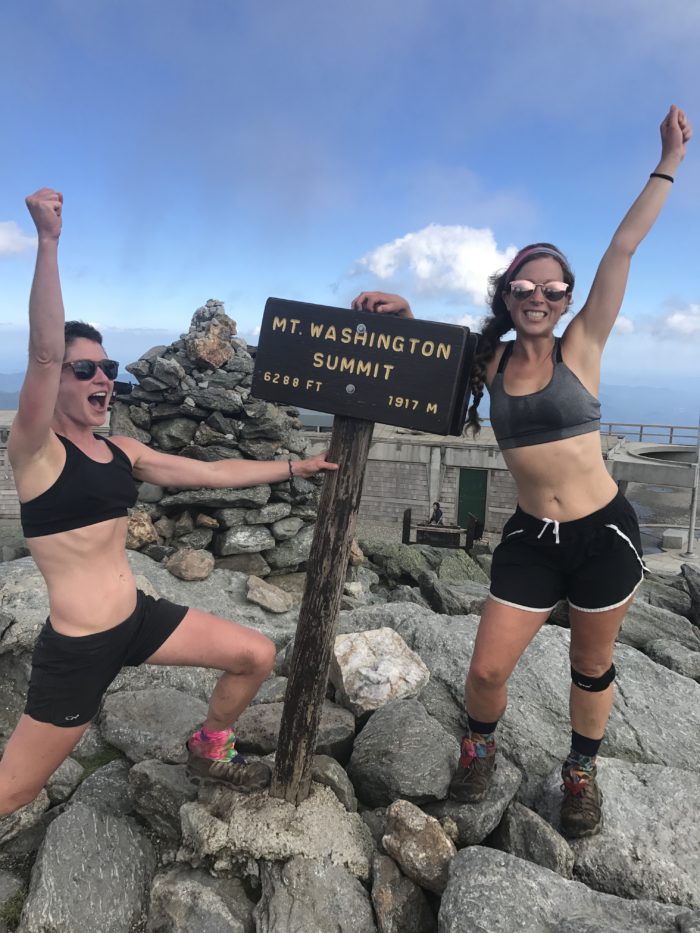 The natural beauty of the presidential range is indescribable. If you’ve never been to the Whites, I’d wager a guess you’d have no idea that New Hampshire is so epically beautiful. But take my word for it. IT IS. 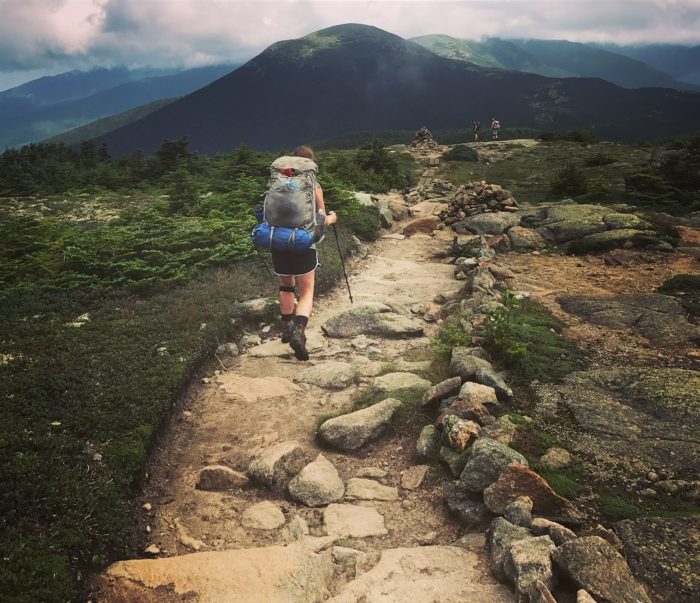 We also found ourselves in a great little hiker bubble in New Hampshire, surrounded by hikers we knew and liked. We were able to get town food more frequently and to often get free breakfasts and cheap baked goods from the huts within the park, a real luxury to people who spend 90 percent of their time in the woods. There was a lot to love here.

But New Hampshire wasn’t all sunshine and rainbows. When the weather was bad, which it often was, I would climb and climb through steep, wet, slippery, cold terrain for hours to find myself on top of a mountain that was completely clouded in. I would be above 4,000 feet and not be able to see a thing. No views, no nothing. And my body was completely beaten down by the end of the state. While the Whites are notorious for being the mountain range that will tear you down, people frequently forget to mention that the Wildcats, which are just as difficult, follow immediately after, and they’re then followed by Southern Maine, a section which is almost as difficult. It all beats you down. My clothes took on a sickly sweet smell with a hint of ammonia by Maine, a sign that my body was breaking down muscle for fuel, and my energy levels waned, leaving me exhausted and frustrated. I hiked a 30-mile day in Massachusetts. I struggled to hike a 12-mile day in New Hampshire.

To top it off, I was still reeling from heartbreak earlier in the trail. It was easy to not think about it when it was sunny and beautiful and there were adorable little martens bounding out of the woods in front of me. It was less so when I was freezing and exhausted and stuck within clouds for large parts of the day.

I made it through, though. It was slow going and hard, but I did it. And regardless of the struggle, I wouldn’t trade any of my time there for anything in the world. In a way, I think I needed the test. To prove to myself that I could do it, to remind myself that one failure doesn’t mean BEING a failure (ahem, in my romantic life, for example), to feel empowered by the challenge.

New Hampshire kicked my ass. But it was worth it.

Hi, everyone! Glowstick here, a 2018 Appalachian Trail and 2022 Foothills Trail thru-hiker based in Boulder, Colorado. I'm just here to hike a lot and have a good time. :) Future ambitions include hiking the PCT, learning to mountaineer, and eventually adopting dog.