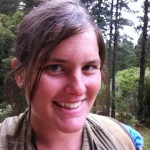 A Hike for Freedom

Let’s be clear: I don’t write this for you. I don’t write it for me either. I write it because it’s what I know and maybe one of you out there can relate with me. So, I’m not going to write it for my brother, or my mom, or my grandpa—I’m going to write it for the sake of writing it and I’m not going to curtail my feelings and thoughts because I’m scared I’ll be judged by you. Judge away. But, if you take anything away from this message, I hope you take this with you—I hike and I write for freedom. To burn off the shackles of repression in the quivering of calf muscles and the pounding of clicks on my keyboard. To be real and alive and happy with who I am and what my past has left behind me. To be proud of where I’ve come from and confident in what’s next. That’s the goal anyway. To accept myself. This hike is about life, and it’s time to get real.

So, I’ve done a lot for a girl my age. I’ve traveled around the world and had some cool opportunities to study monkeys in some wild places. What do I have to complain about? Taking it for granted, for one. And being taken for granted, another. Something everyone is familiar with I’m sure, and something everyone wishes they could change. I’m hoping mountains and distance will change it for me. Distance from the life I prescribed myself to—a life of making, let’s face it, some pretty poor decisions along the way. You see, I was lucky, though, because I always had the glorious events of studying primates in exotic places to overshadow my faults. Not many people can hide behind such things, and, having hid for quite a while now, I’ve come to terms with the fact that no one should.

All of my choices (not all bad mind you, but some big ones) have slowly swallowed themselves up in a whirlpool hidden away in a cave below the visions of me tromping through the woods chasing monkeys. Things have gotten so knotted up inside over the years, that for most of my adult life, I’ve had a voice crack. Over time it gets better and worse and gosh, I remember a couple years in college when I could barely speak at all. Everyone thought I was sick when I tried to talk. “Yes, I have a cold,” I’d tell them to avoid saying the truth (or, I guess cracking the truth). Well, I’ve “had a cold” for so many years that it’s become natural to start coughing before I say anything—to let people know that my voice can’t form sentences because of something out of my control. And I chuckle now, thinking back on some of the times when I ordered food at a drive-thru and they’d give me free tea. I even got offered several lozenges. Sometimes they were so nice that it made me weep inside that the only way to relate my words to them was through faking a cold.

Everyone had ideas and theories about why I couldn’t even say my own last name, but it was my true friends that never said anything. One of my first close friends I made in college really helped me, probably without him knowing it. He opened the door for my voice to matter, and when I would exclaim in anger the frustration about not being able to do something as simple as order a cheeseburger, he would tell me that he couldn’t tell that my voice cracked at all. He’d gotten so used to how I talk that he could just hear me. He could hear me. Immediately, of course, I would get the laughable image of Kenny from South Park, mumbling inaudibly to the audience, but completely clear to his friends.

Funny as it sometimes was (very few times, in fact), I decided to see a psychologist—I sought help. And having spent two hundred dollars on a one hour session, I learned that those people aren’t cheap. She had a purple couch for me to sit on, with inspirational paintings adorning the walls. I sat down, and began to talk. And, to my great dismay, my voice was completely, and frustratingly clear the entire hour. It took me five times of saying my name to the receptionist beforehand, and then bam! once I was in the room, it vanished. I tried to explain that I wasn’t lying, that I did in fact have a problem speaking. She smiled as if to say “sure you do,” and scribbled on her notepad. At least I knew the problem wasn’t physical, and that it could actually be conquered without medical interference. After the session was over, I left the room and went to get lunch. Needless to say, my meal came with a free tea.

So, now, I am ready to be free, and not just drink it in a cup. I am ready to stop playing the role of victim and to start embracing my faults instead of covering them up. I am not perfect. I may not fit in to people’s ideals of me and who I should be and how I should live, but this is it. This is me. My voice cracks sometimes, and because of that I’ve been duped voiceless sometimes and because of that I’ve been through some rough stuff over the past few years. Reading about this hike a few months ago got me so excited, and each day the excitement only grows and grows. It’s a chance to challenge my own vocal chords and give me the confidence I so desperately need. It’s a chance to actually be that cool monkey-chasing girl that my close friends never doubted me to be. It’s a chance to prove myself, not to you, or to them, but to me. And, admitting it is tough. I’ve hid behind “having a cold” for so many years that I’m tired of playing sick. I’m going to try my hardest to hike all the way to the top of Mount Katahdin, and hopefully, just maybe, my voice will become as clear as it was on that purple couch. Hopefully, I’ll find my freedom.

Hey! I'm Jen. People say that I'm generally funny, can be quite zany, and love to go on wild adventures. I have a deep love for animals and the outdoors, and have studied monkeys in several countries for seven years (see my website at jenniferlegan.com for more info). So, basically, I enjoy monkeying around. My last adventure entailed 6 months of rigorous research, studying baboons in South Africa. I saw baboons grow bonds and I saw baboons get killed, and, somewhere along the way, I lost my faith in conservation. So, among many other reasons, I am thru-hiking the AT (NOBO) to reconnect with the wild and with humanity—to rediscover what makes mankind a wonderful species, and to prove to myself that I can overcome even the most drastic of challenges.