A hiker who was rescued near Mount Clay in New Hampshire’s Presidential Mountains on Saturday night has died from his injuries, according to New Hampshire Fish and Game (NHFG).

The hiker has been identified as Xi Chen, 53, of Andover, Massachusetts. He was attempting the Presidential Traverse, a 20-plus-mile, high-elevation hike that traverses many of the Presidential Range’s highest peaks, when he became cold and wet and was unable to continue, according to a text message he sent his wife. In that message, Chen also said he felt he would die if not rescued.  According to a news release, Chen’s wife called NHFG for help around 6:30 p.m.

NHFG was already engaged in several other rescue operations in the area, but “due to the dire nature of this call, an immediate rescue attempt was initiated, and additional resources had to be called in to respond to include Conservation Officers from around the state and MRS personnel,” reads a NHFG news release.

“Rescuers endured driving rain, blowing snow, and sustained 50–60 mph winds with gusts over 80 mph to reach the location that the hiker was believed to be,” the release continues. Rescuers found Chen at 10:38 p.m. on the Gulfside Trail near Mount Clay. He was alive but unresponsive and in a “highly hypothermic state.”

The ambulance transported Chen to Androscoggin Valley Hospital. However, although life-saving efforts were attempted for several hours, Chen ultimately passed away from his injuries.

Far From the Only Rescue Call Received on Saturday 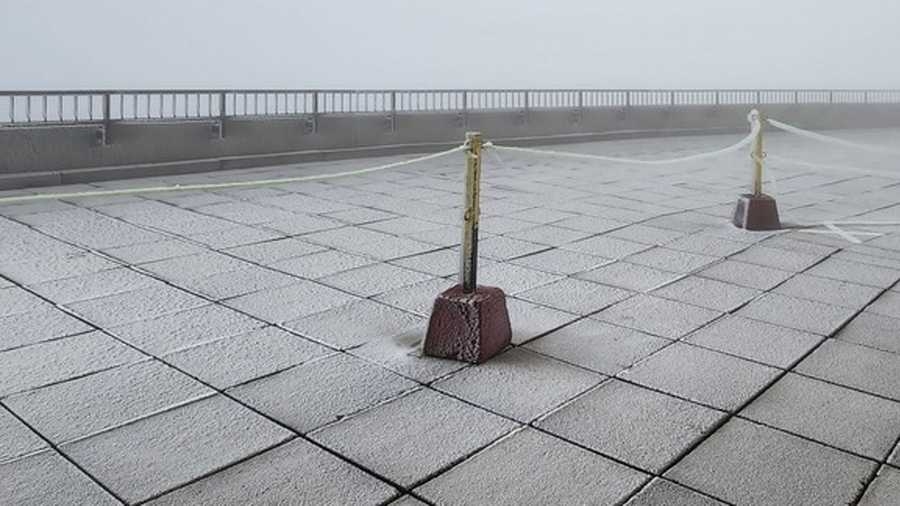 “Beginning at around 2:00 p.m., Fish and Game Officers received multiple calls from hikers who were cold, wet, and calling for rescues, most of whom were on the high elevation summits and ridgelines of the Presidential Range,” reads the NHFG release.

The weather in the White Mountains, particularly near 6,288-foot Mt. Washington, the tallest peak in New Hampshire, is notoriously unpredictable, with freezing temperatures and snow possible year-round. Conditions in the high peaks were particularly treacherous on Saturday, with freezing temperatures, wind gusts above 80mph, and a mixture of snow, sleet, and ice throughout the day.

Earlier on Saturday morning, Mount Washington Observatory tweeted a photo of rime ice forming on the summit of Mount Washington and warned hikers that “if not adequately prepared, hypothermia and even frostbite can occur, especially with prolonged exposure.”

NHFG said that the treacherous forecast was well-publicized, but many hikers did not heed the warnings. “Several found themselves unprepared for the dangerous conditions above tree line, and instead of turning back or bailing out to safer elevations, they continued on and ultimately called 911 expecting a rescue.”

All hikers should carry adequate gear, including the Ten Essentials, on every hike in case of emergency. However, as NHFG pointed out, “Sometimes having enough gear is not enough. In weather conditions experienced this weekend, it is better to descend and get out of the wind and cold instead of pushing on until it is too late.”