What Others Think-I Didn’t Know I Cared! 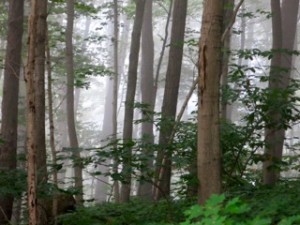 When I started planning this Appalachian Trail thru-hike I didn’t really wonder what the people in my life would think about it. I was so excited about it. How could everyone else not be?

As it turns out, not everyone is as happy and excited about it as me. Most people are but some others have really surprised me with their ummmm, negativity. Yeah, that’s a polite way to say some people are just being jerks about it.

But, I get it; if I weren’t me I would be jealous of me too! Seriously, who would not want to spend five and half to six months hiking approximately 2190 miles through some of the most gorgeous country in the United States and all the while raising money for a great cause? The Green Beret Foundation at https://fundraise.greenberetfoundation.org/fundraise?fcid=580555

As a result of some snarky comments I have heard, I have had a few fleeting moments when even I questioned my own sanity and then other moments when I have actually felt guilty about my decision to do this hike. 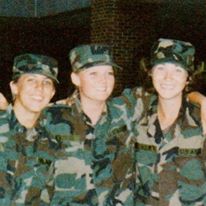 Being a card carrying OCD (Obsessive Compulsive Disorder) survivor/manager I decided to organize the different types of negativity I have had the great misfortune of being the recipient of so far during the preparation phase of this hiking thing. I figure organizing the negativity will help me understand and categorize current and any future negative comments into the appropriate drawer.

You may be wondering what I mean by drawer. Well, during my Army basic training, while providing advice about life, Drill Sergeant Hartwell would yell his advice to, or more specifically, at us. During one particular lesson on receiving feedback from other people he yelled, “PRIVATES! Throughout your life you will run across people who will, without solicitation on your part, take it upon themselves to bestow upon you, SHIT! Now, PRIVATES! you cannot always stop people from sharing their shit with you! When people share their shit with you PRIVATES! you have a couple of choices about what you can do with other people’s shit. You, PRIVATES! can chose to not listen to their shit, God gave you feet it is your choice if you use them, or, you PRIVATES! can go on ahead and listen to their shit then put that SHIT it in a little drawer inside your little PRIVATE heads somewhere. If, PRIVATES!, the shit was actually good shit, shut the drawer slowly so you can get that SHIT out later when you need it. If, PRIVATES! that person gave you bad shit, slam that drawer shut hard enough to make that SHIT fall out the back of that drawer and drive the f*#@on!

Anyway, I have identified three types of negative comments (shit) received from others when discussing my upcoming hike, these are: guilt inducing, discouraging and jealousy on their part, comments. 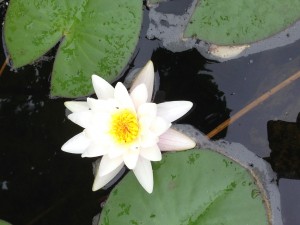 Today, let’s talk about the guilt resulting from inappropriate comments made regarding an upcoming thru hike. Let’s call it hikers guilt. These comments may look something like this:

“Don’t you feel selfish for leaving your family and friends for that long, especially since you have never really settled down anyway?”
“Do you really think it is the best idea to leave your job and go on this silly hike? That doesn’t sound like a very responsible thing to do.”
“You always just do whatever you want don’t you?”
“I have always wanted to do that but couldn’t because…”
“I wanted to do that! I’m so jealous!”
“Must be nice to not have to work, to just leave your responsibilities to go traipsing around the woods.”
“This is an awfully selfish thing to do, don’t you think?”
“Don’t you feel bad doing that while Alex is still in Afghanistan?”
“Must be nice to have the money to do that?”
“I’d go too but some of us have to work.”
“But you’re going to miss the fifth wedding of your great Aunt’s cousin.”

Guilt, is it a Good Thing or a Bad Thing?

To better understand hikers guilt we first have to understand guilt itself. What is guilt and is it always a bad thing? 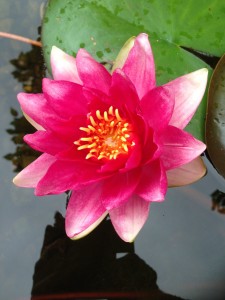 Guilt is basically a way for some people to manipulative and therefore controls other people. This can actually be a good thing in a way because it can keep people from doing things that may harm themselves or other people. For instance when someone says, “You should really be focusing on your career not leaving your job to go on some silly hike,” and all you really want to do is hit him or her in the face with something, but you don’t because you know you would feel guilty about it later so instead you just stand there and feel sorry for him or her for not understanding. See good thing!

Guilt can also be good when it lets you know you have f*#@ed up. This is good so you don’t keep f*#@ing up. Like when you are supposed call a friend back but totally space it off because you’re looking at the most recent issue of your favorite backpacking magazine. Oops!

Keeping us motivated is another way guilt is good. If you promised to meet with a friend to go work out and you really don’t want to get out of bed but you do because you know if you don’t you will feel guilty about it later. That is a good thing, I think.

Now, guilt is not always a good thing though. It can also be really negative. Guilt is not so good when it is unhealthy and/or unproductive. If someone is using guilt as a manipulative behavior to control you for his or her own best interest not yours, it becomes a very bad thing.

Let’s say for instance, your significant other says to you, “Sweetheart, don’t you think it is really best for you to stay home and concentrate on the business instead of hiking off to play in the woods?” This doesn’t sound like a guilt trip in the making at first right? But, what if the reality is the business has not even started and will therefore not suffer any loss by waiting another six months and all he or she really wants is for you to stay home an cook supper or take out the trash? Then this is unhealthy guilt. Someone else is using guilt for his or her own benefit and self interest not yours, bad thing. So, what do you do with all this guilt stuff?

Being able to identify guilt is the first step to successfully managing it. Wait! I need to add here that there are some people in the world who don’t feel guilt about anything. I am going to go out on a limb here and hope that no one reading this blog post is a sociopath, psychopath or serial killer. That being said, the rest of us all know what guilt feels like no matter where it is coming from or if it is healthy or unproductive. So, in order to deal with it we have to take a few steps.

Step One
Identify the felling as guilt.
Yeah, we all know this feeling. Don’t lie. You know it too!

Step Two
Identify where the guilty feeling coming from?
•Inside your own head or outside from someone else.

Step Three
Identify why you feel guilty about whatever it is.
•You know you f*#@ up and whatever you did was wrong.
•You are actually questioning yourself inside your head even thought you l know you have not done    anything wrong.

Step Six
Take action to alleviate the guilty feeling.
•If you f*#@ed up-apologize sincerely, relay how you are going to not do that, whatever it was you did or didn’t do again, and move on in a more positive direction.
•If someone you care about is guiltying you and it is safe to do so, tell the other person how you feel. You could say something like:

“I feel like you are trying to make me feel guilty for going on this hiking trip and I am trying to understand why you would want me to feel guilty about following my dream. I would really like you to stop making sarcastic and negative comments when we talk about my hiking trip and be more supportive. Maybe together we can figure out how you can feel more secure about me going on this hike or maybe even a way for you to come along! What do you think?”

The Sarcastic Approach to Dealing with Random Haters

If however the guiltying person is just some random hater or you’re like me and in possession of a sort of sarcastic, inappropriate sense of humor and a potty mouth, you could have a bit of fun and respond by saying something like:

“Don’t you feel selfish for leaving your family and friends for that long, especially since you have never really settled down anyway?”
• “Hmmm…let me think about that. No.

“Do you really think it is the best idea to leave your job and go on this silly hike?
•“Hmmm…let me think about that. No. No I do’t but I am doing it anyway.”

“You always just do whatever you want don’t you?”
• “Hmmm…let me think about that. No, well yes, wait no, not really, sort of, okay yeah, pretty much, yes.

“I have always wanted to do that but couldn’t because the time is just never right. I’m so jealous of you though!”
•“I know right???”

“Must be nice to not have to work and just leave your responsibilities to go traipsing around the woods.”
•“You are so right, it totally is! Absolutely amazing! Wait! What responsibilities? Oh right! I forgot for a moment there that I don’t have any. Yep amazing!”

“This is an awfully selfish thing to do, don’t you think?”
•”Hmmm…let me think about that. No.”

“Don’t you feel bad doing that while Alex is still in Afghanistan?”
•”Hmmm… Let me think about that one. Ummm…yeah, for like two seconds then, no.”

“Must be nice to have the money to do that?”
•”Money? Wait! What do I need money for? No one said anything about needing money! Shit!”

“But you’re going to miss the fifth wedding of your great Aunt’s cousin. Don’t you feel bad about that?”
•”Hmmm…. let me think about that. No, no I don’t, wait, no, still no.”

The Oldie but Goodie

And finally, for all the other random, inappropriate guiltying comments from people who just don’t get it, and my Mom’s least favorite, just the regular ol’ oldie but goodie and appropriate for so many situations