I’m off the trail (again) because my ankle decided to go and wreck itself again. But it has been healing beautifully and I’ll be back on the trail after six weeks off in just a few days! I’m so excited.

But in the meantime I wanted to bring you a story, a tale of when I was the most terrified I’ve ever been on the trail.

The story of the time I decided it was a good idea to night hike.

It was on my last full day on the trail before I had to get off. I had about 21 miles planned and was thinking that if I felt good I would push on another few miles to make it 25, even if I had to hike a bit in the dark to do so. 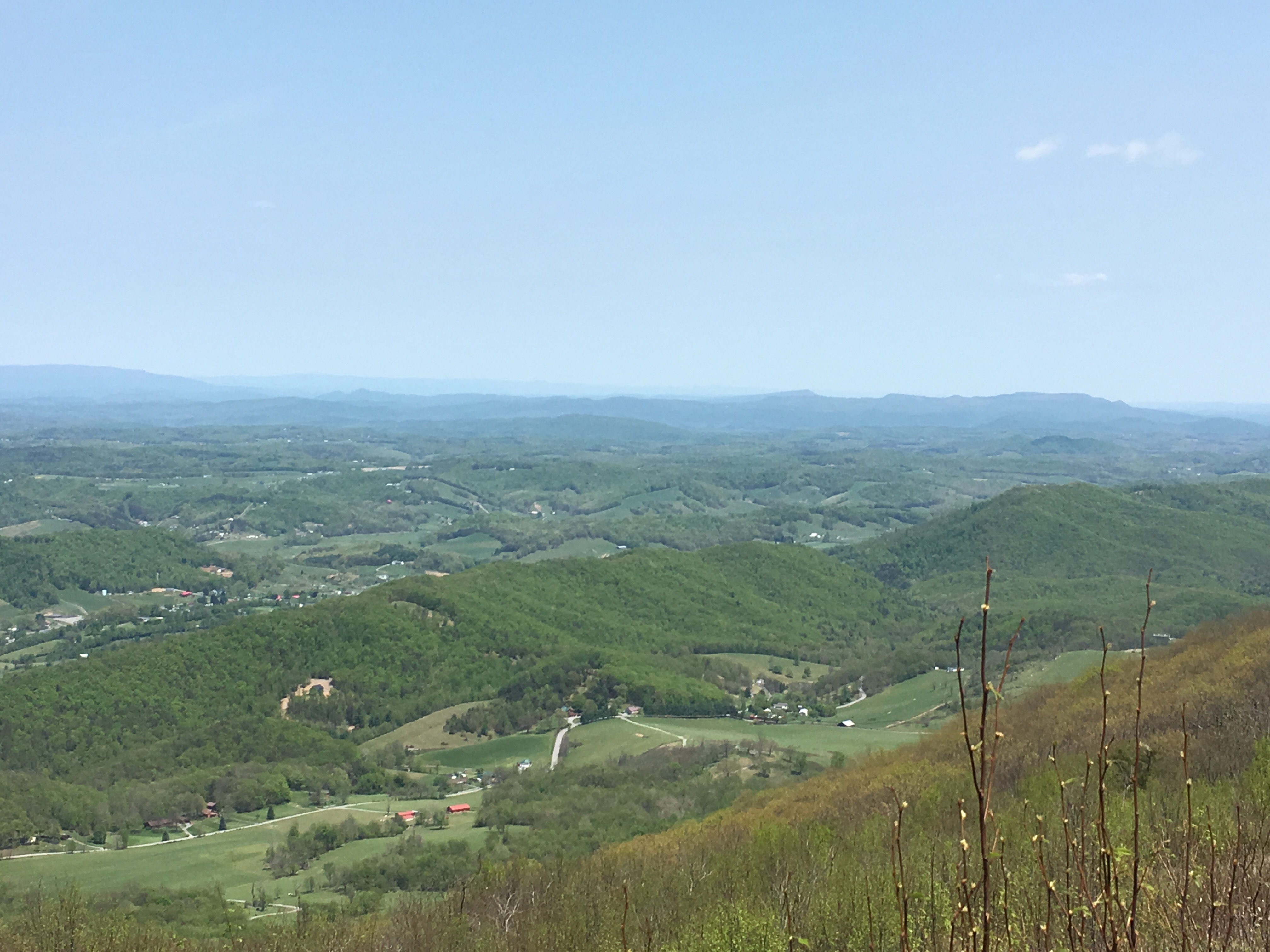 I started at about 7 in the morning, got ten done by noon. I had a small lunch and hiked on, stopping for a siesta around 2. I relaxed under a tree on a rock, munching on snacks and enjoying the sunshine. After about an hour I pushed on, arriving at the Laurel Creek Shelter around 7. I did some quick calculations and figured that I could get to Sarver Hollow Shelter by about 10, giving me about an hour and half of hiking in the dark. I thought, “no problem!”

And off I went. However, it got dark sooner than I expected and I had my headlamp on before long. After an hour, it was completely dark. At this point I had a facepalm moment.

You see, about two weeks earlier there was a full moon. If you follow the lunar cycle better than I had, you would realize that this was during the new moon phase, meaning that it was totally dark. Barely any stars, light pollution from Roanoke and nearby towns, clouds, and no moon meant that I was hiking blind.

That night, I was deaf, blind, alone, and completely terrified. I had imagined hiking underneath a sky with stars and the moon shining down on me so brightly that I would barely need my headlamp. 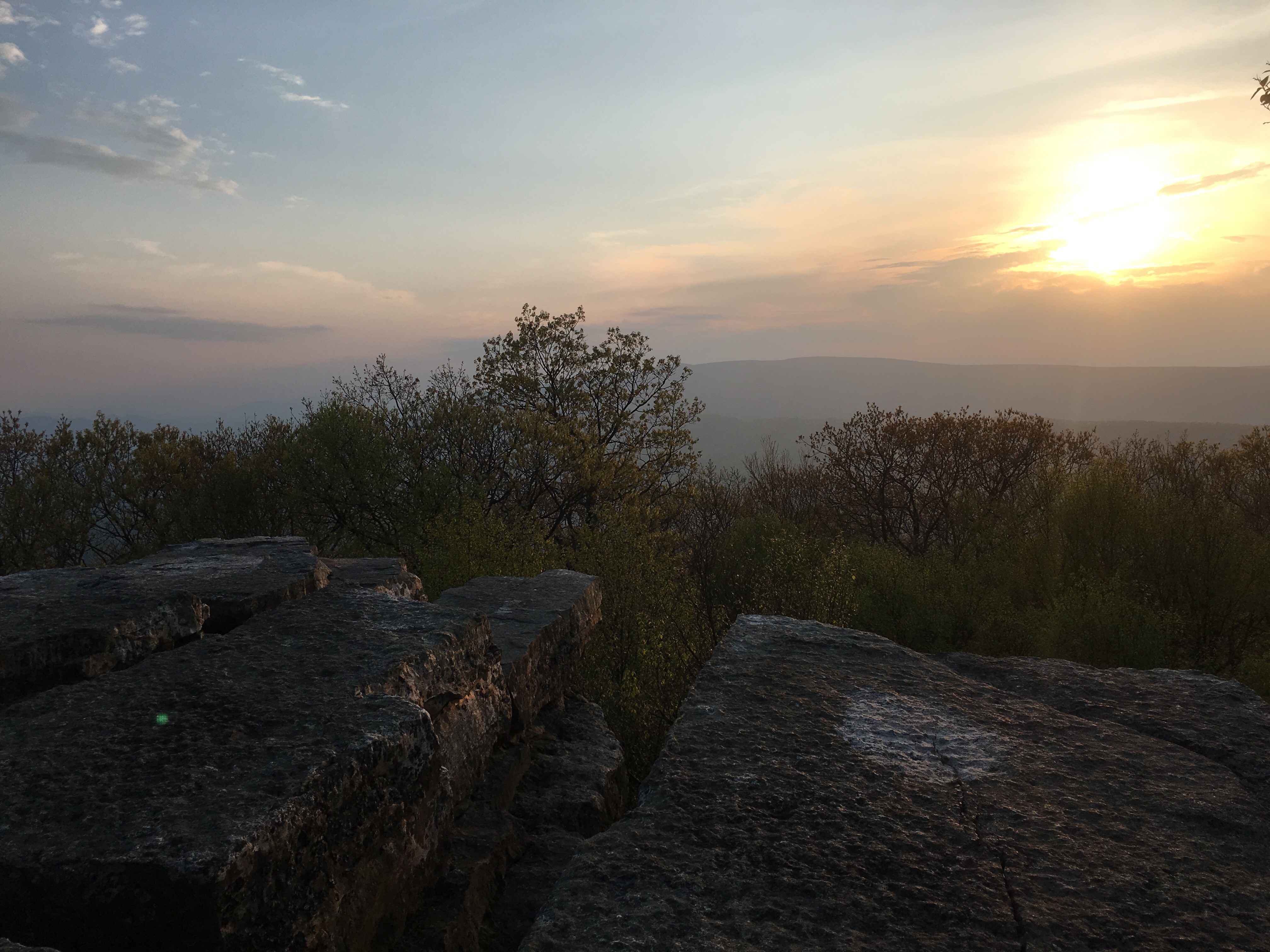 I pushed on, panting and glancing around me every thirty seconds, watching for glowing eyes caught in my headlamp.

Specifically, I was looking for bears and cougars.

In the distance, off to my left where I knew pastures approximately were, I saw three lights bobbing vaguely in my direction. I relaxed a little. Maybe they were also hikers. Even if we were heading in opposite directions, I would at least see some friendly faces.

The trail curved, and I arrived at the pastures. They were totally empty. And I realized that even though I was scared in the woods, it was far worse in the pastures. I could imagine a cougar running me down and tackling me with its claws outstretched. Out here, I had no cover. Out here, it was hard to follow the trail.

Somehow, I did. The pastures stretched on for about two miles. I covered those two miles in a personal AT record time – less than half an hour. Quite impressive considering I had a barely healed sprained ankle and a 25 pound pack on my back.

At one point in the pastures, as I swung around to check for any predators, I caught glowing eyes at my ankle. I did the first thing I could think of – I screamed at the top of my lungs and smacked my trekking poles together. The eyes blinked and scurried….up a tree. I looked at where I thought the eyes had gone, and saw a baby raccoon hiding its face away from me.

A little further on, as the trail reached a fence line and followed it for a little bit, I glanced around again and spotted four pairs of glowing eyes behind what appeared to be a gate. I froze. The eyes didn’t move. I was barely breathing – eyes locked on whatever these eyes belonged to. I thought about stepping off the trail to check out whatever was behind the gate, but I was too terrified that I would lose the trail, so after a few seconds I turned around and pushed on even faster than before.

In hindsight, the eyes probably belonged to horses or cattle.

Do you know what is almost as scary as hiking across wide open areas in total darkness? Having the largest tree on the AT in the south come at you out of the darkness. I knew the Keffer Oak was on my route that night, and I had considered camping there.

However, seeing giant branches come out of darkness directly overhead, and noticing a giant branch three feet in diameter laying on the ground, scared me beyond doubt. I had wanted to stop and take pictures of the tree, but I just couldn’t. Heart in throat, I sprinted past the tree and up the hill, where I turned around to look at the oak. The tree had faded into darkness again.

I headed up the final climb before the shelter, pushing my weary legs on. Finally, at 11:30, an hour and half past my projected time of arrival, I reached the sign that pointed off to the shelter, 0.3 miles down a steep side trail. Instead of walking any more, I flopped down on a rock, rolled out my sleeping bag, and slept in the open. 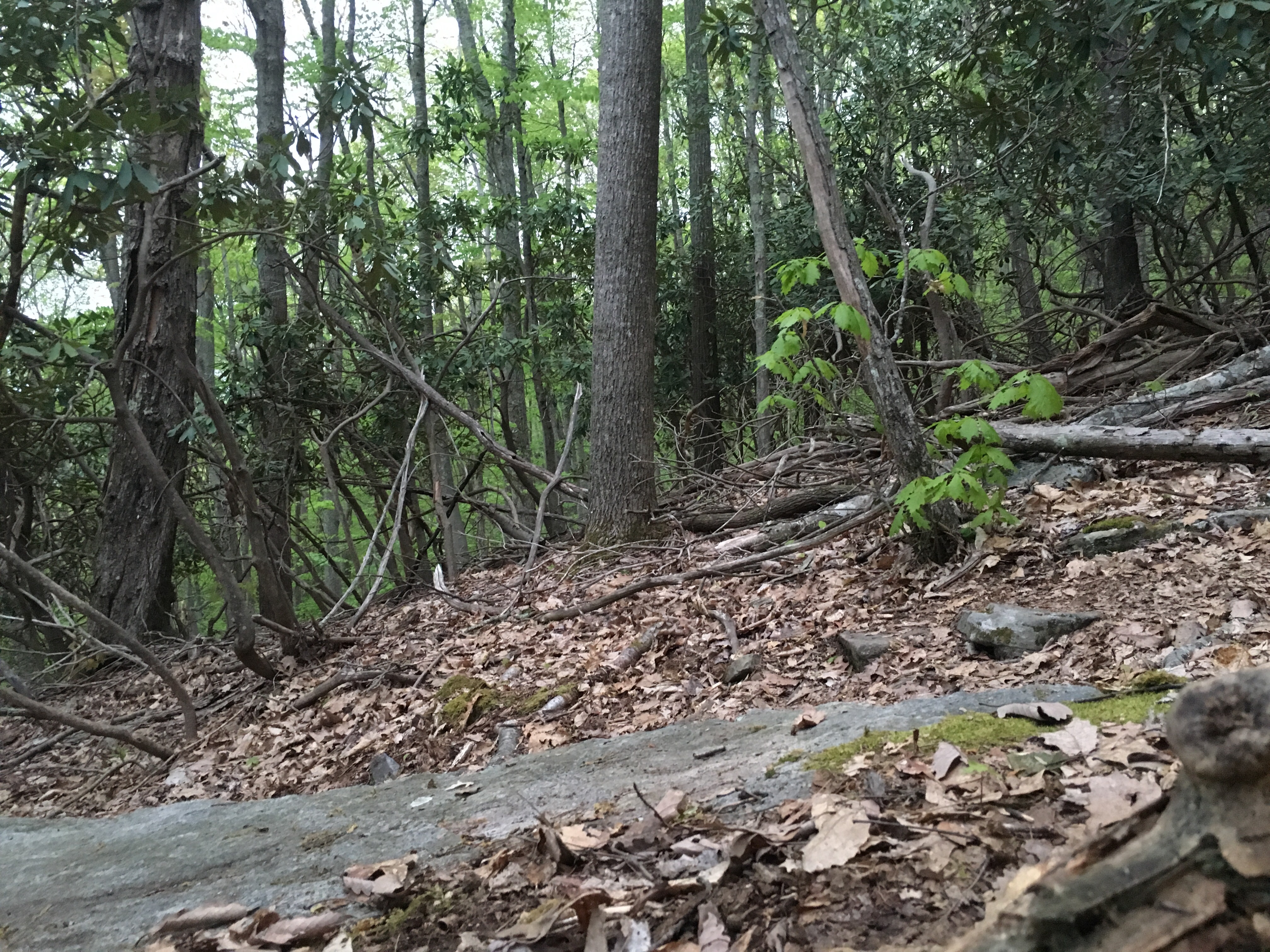 That was the best night’s sleep I’ve had on the trail, after an exhausting 25 mile trek and an exhilarating final 7 miles in total darkness.

Would I hike at night again? Sure. Alone? No way.