Hiking with the Hound: Doo or Don’t?

Can someone tell me whether or not to bring the dog?

Unlike wobbly knees or Montanans insulting my East Coast ways, I have not yet dealt with taking a dog on a thru-hike.

The canine in question is a 100-pound, loyal, overly enthusiastic Chesapeake /golden retriever named Sako. While our lab-on-steroids-lookalike would drool a river at the thought of galumphing through the woods for 2,000+ miles, there are an intimidating number of things to consider before attempting the Trail with him in tow. Any sage advice would be greatly appreciated, whether you are a current dog-accompanied thru-hiker, a former dog-accompanied hiker, or you just have a lot of opinions. Here are my thoughts, but really… opinions are welcome. 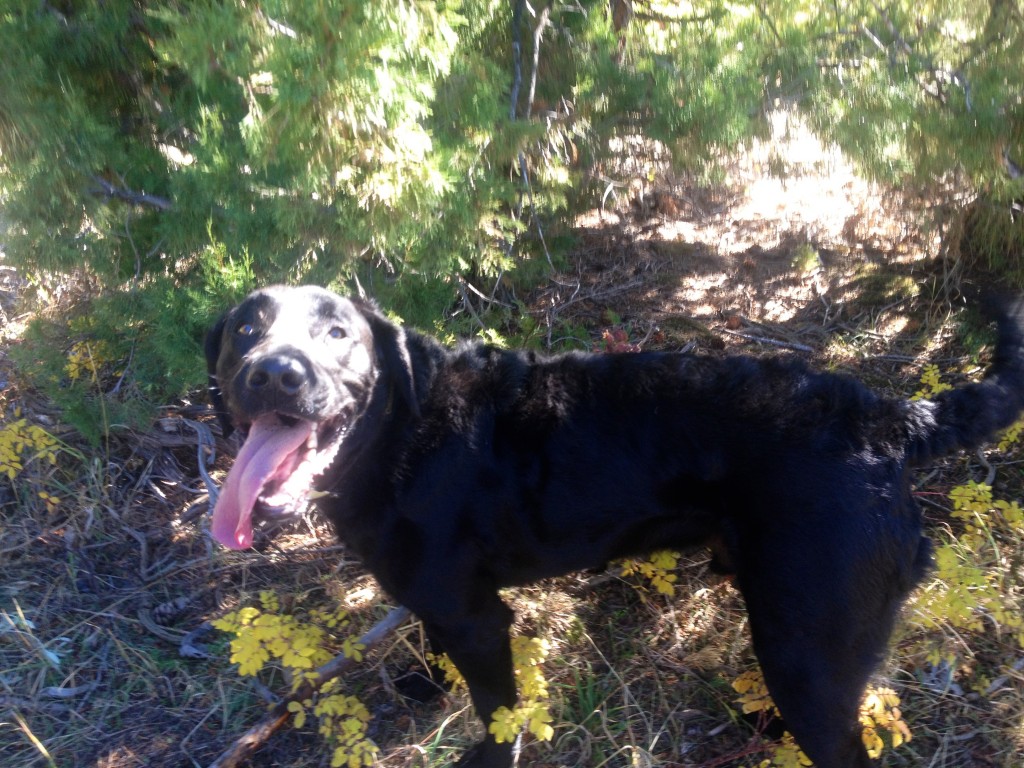 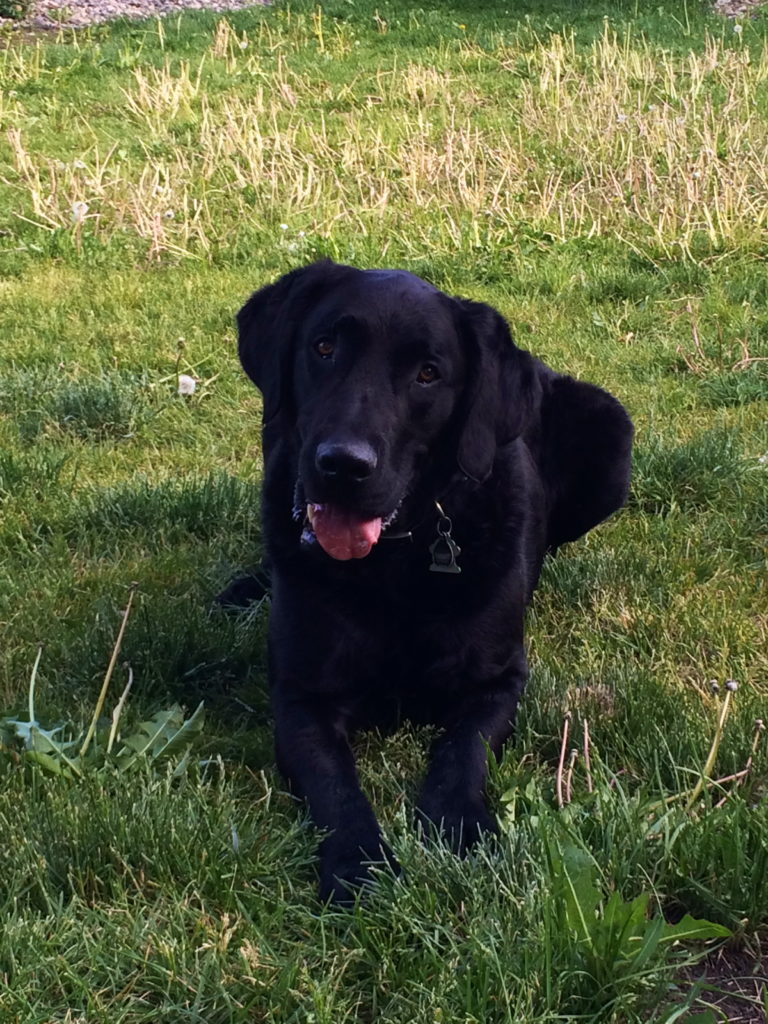 You have to take me or I’ll eat the trash

Pros:
-He’s athletic—evidence points to him being inexhaustible.
-He won’t let creepy people (or bears) get away with funny business.
-He’s very well-behaved, and has never strayed out of sight, even on long trips.
-He can wear an adorable harness and carry much of his food and gear. (And some of ours when we get lazy… like a drooling pack mule.)
-We love him and don’t want to leave him with our roommate for six months… that’s the biggest reason. 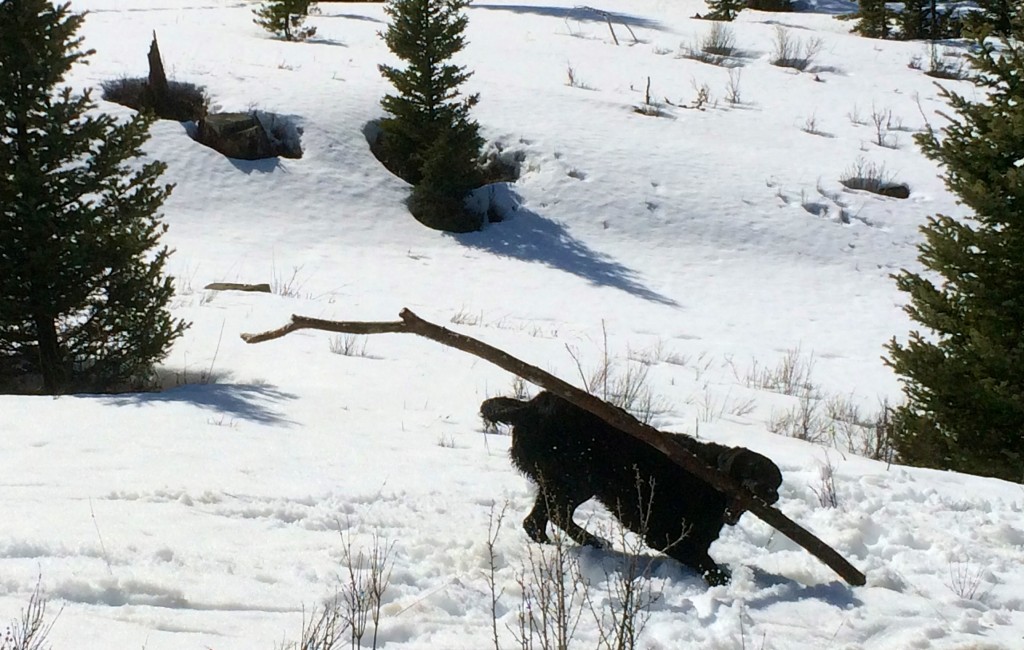 Oh sweet I found a bigger stick. Guys! Look at my stick!

Cons:
-He eats a lot. We’d have to stuff him in town, and we probably can’t carry as much food as he’ll need to maintain weight.
-What if he gets injured? While my knees/ankles are a concern, having a dog doubles the number of joints that can  crap out. Also won’t the pads of his paws get shredded? What about snakes? Spiders? Ahhhhh.
-He is overly aware of Stranger Danger, which means he sometimes gets grumpy when people pet him.
-Limitations with hostels, and AMC huts in the White Mountains. Oddly enough, some folks don’t like massive, stinky dogs running rampant in their living quarters. 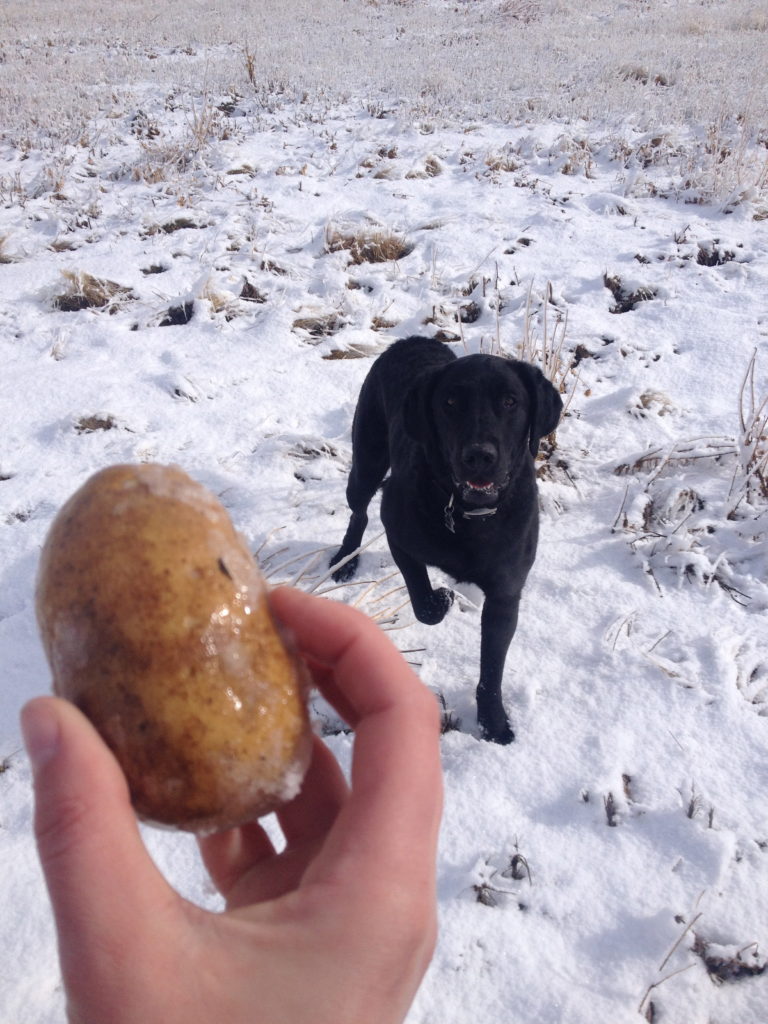 No tennis balls? Play fetch with a potato.

So for anyone out there now (Brittany Lea Neal and her beagle!) what do you think? We want what’s best for the pooch, and we wouldn’t take Sako on our hike if it meant him coming to harm in any capacity.

I understand that every situation—and dog—is different, and in the end we’ll have to make our own choice. Any thoughts are appreciated, because at this juncture, we can’t even talk about AT 2015 around Sako, or he’ll know we’re up to something he might not be included in.