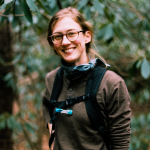 Hiking on the AT on the Anniversary of a Trail Murder

“This trip marks, almost to the day, the anniversary of Sanchez’s death.”

My friend, trail name Bubbles (NOBO 2019), breaks the silence between us. We have completed an 18-mile day and are soaking our feet in a creek next to our campsite. After a long day of walking we are quiet, until she mentions Ron Sanchez.

I don’t respond. I stare up at the fresh mid-May leaves emerging on the trees. I look down at my feet immersed in the water. She’s right. The realization strikes deep but I’m not sure what to make of the feeling. That’s when Bubbles notices a man walking up the trail.

My back is toward the trail so I rely on her comments.

We are not interested in being approached by anyone, especially a curious man with a dog. Of course he notices us. Our orange tents are set up and the leaves haven’t come in thick enough to obscure the campsite as much as I’d hoped. He starts coming down the side trail. I turn around and notice a large machete hanging from his belt. His dog is a bloodhound, full grown. He calls out to us. The rushing stream drowns out his words. He yells louder.

For the past few months Bubbles had been bugging me to go hiking. But she and I are chronic rule followers and we were never able to ignore trail closures and the ATC’s urging to stay off the Appalachian Trail. Finally (and uneasily) restrictions began to lift and Great Smoky Mountains National Park announced its opening. We quickly planned a trip for the northern 34 miles of the Appalachian Trail from Newfound Gap to I-40/Pigeon River. We made sure to pack face masks and make appropriate reservations with park rangers. On May 12 we snapped a picture at the Newfound Gap sign and headed into the woods.

This trip marked a number of things: due to the pandemic, it was the first time I had left my hometown in three months. It was the first time I’d walked on the Appalachian Trail in over a year, and it marked over two years since I began my thru-hike in 2018. As my friend and I walked toward Icewater Spring Shelter, she reminded me of a much more significant anniversary: the violent murder of a thru-hiker last year.

The event held a lot of meaning for my friend, who was on the trail at the time, mere miles away from the tragedy. During the early hours of May 11, 2019, Ronald S. Sanchez Jr. was attacked and killed in Jefferson National Forest in Virginia. A mentally unstable man known for his erratic behavior entered the campsite of four hikers and began yelling, threatening to burn down their tents. One couple escaped and called 911. It was 2:30 a.m.

Sanchez confronted the man, who began to stab him. The fourth camper, a woman, ran away but was pursued and stabbed by Jordan. She pretended to be dead and her attacker walked away. She got up and fled down the trail. Eventually she came upon two hikers who helped her hike six more miles to the trailhead. Sanchez’s body was found the next morning by local authorities.

In 2019, I visited Bubbles twice during her thru-hike. One evening we sat on the porch of Angels Rest hostel in Pearisburg, Virginia. The attacks had happened 12 days earlier; Bubbles was south on the trail at the time. I asked her how it was affecting her hike,

“It’s been heavy. It’s one of those things that you carry, the heartbreak for those people that were attacked.”

We talked about the emotional effect on the hikers and trail community. Many would carry grief, fear, and even anger all the way to Katahdin. We mourned the public effect on the trail experience: people off-trail might interpret the events as proof that the trail is not a safe place. These thought patterns encourage people to pack firearms on their hikes and bolster a volatile mistrust of anyone in the woods.

My friend worried about the hikers that survived the attack, a couple that escaped, and a woman who played dead to avoid further stabbing,

“Can you imagine the trauma?” she said, her eyes tearing up. “I just can’t fathom it, because I’ve never felt unsafe on this trail, and I don’t expect to ever feel unsafe. I want everyone that walks it to feel safe.” 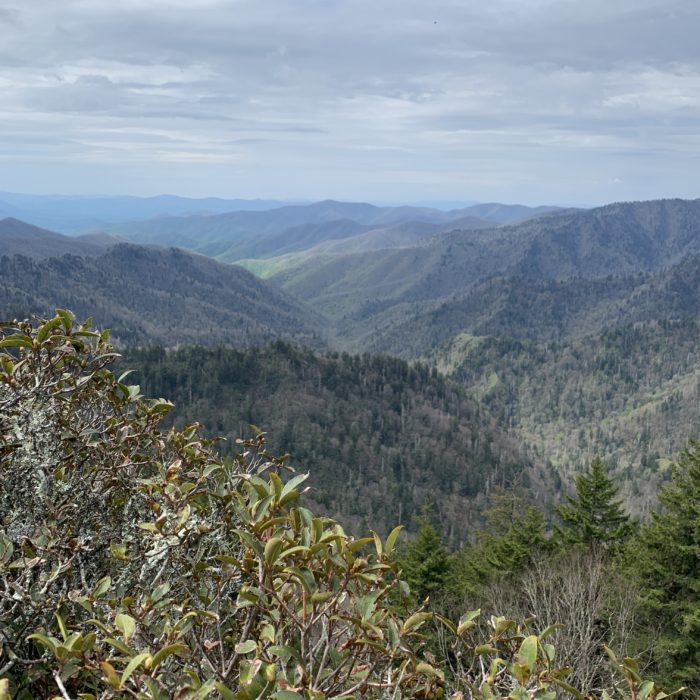 She glanced at her phone and remembered she hadn’t checked in with her mother yet. “I like to call her whenever I get to where I’m going for the day.”

Bubbles’ mother and sister were understandably upset when they heard the news. Bubbles decided to continue her thru-hike though they expressed their fears: “But you could get murdered!” The events of May 2019 raise worrisome possibilities, but my guess is the murder rates (and other bodily harms such as car accidents, plane crashes, and violent burglaries) are higher in any hiker’s hometown than on the trail. But a violent crime on the trail shakes the AT community more deeply. The trail is  a small, interconnected world.

That is why hiking on the anniversary of Ronald Sanchez’s death felt so poignant. Ron was an Army veteran of 17 years who toured Iraq three times. When he returned from his service he fell into a deep depression fueled by PTSD. Walking turned his life around. We may not have such a dramatically transformative story about what brought us to the Appalachian Trail, but we all feel saved by it in our own way.

For some the trail is a proud accomplishment of physical strength, for others it is a chance to slow down and consider the future. Some hike for a few months to process the past, yet for all of us it is a place of communal solace. Ron’s inspiration to hike is our own, his loss a reminder of how much the people on the trail are a part of our experience.

This year due to COVID-19, park closures, and stay-at-home orders, we aren’t able to gather around the Appalachian Trail. Trail Days has been canceled, trail magic is less frequent, and the existence of many hostels is threatened. Like perennial flowers without a tended bed, we remain scattered and are mourning the yearly ritual of hiking and supporting hikers. Traditions are a chance to create new memories that weave themselves into a more positive narrative. This year our chance to salve the loss of Ron Sanchez, and the invasive trauma of a violent attack on fellow hikers does not look the same. We do not have familiar opportunities for communal healing

I finally understand what the man with the bloodhound and the machete was yelling to us,

My chest relaxes, and the tension surrounding me and Bubbles releases. This is a man familiar with the trail, and even more so familiar with trail etiquette—especially as a man approaching the campsite of two women. As he and his dog approach we ask why he’s on the trail this evening.

Bubbles and I glance at each other indulgently. Hours earlier Bubbles wondered aloud if we would encounter any trail magic. I was not optimistic; I knew that the COVID-19 pandemic was taking a toll on the trail community and did not expect trail angels to be out and about. We quickly explained that we were both former thru-hikers, and since we had not seen a single current thru-hiker, we felt we were the closest thing he was going to find.

“Well that works out,” he said, opening his backpack, “because I’ve got two Snickers bars and two beers.”

Our angel’s name is Bloodhound, after the two dogs he hikes with. Sweet Caroline, his companion that evening, paws my leg each time I stop petting her fuzzy folds of skin. Bloodhound talks about the bubble of hikers coming up from Fontana Dam now that the Smokies are open.

He shares disturbing news: a female hiker was attacked days ago by two men, claiming to be hikers. He holds up his phone to show us a photo. Two tall men stand on either side of a shorter, dark-haired girl. All three are smiling. They beat her up, he tells us, and took all of her property. Bloodhound shares the news sadly, but we all know it’s his responsibility to share this information. Likewise, now that Bubbles and I know, it is in our power to pass the news along and keep an eye out.

(Editor’s note: The Facebook report of the woman being assaulted was determined to be incorrect.)

Conversations like this make up the intrinsic communication network of the Appalachian Trail. Before Ron Sanchez was killed, and a second hiker stabbed, news was running hot up and down the trail; hostel owners kept watch and trail angel Odie Norman, the Hiker Yearbook founder, even bought a bus ticket for the attacker (before the attack occurred) to get him off the trail.

Bloodhound moves on to other topics; he tells us of past trail magic, updates on a local hostel, and how hard it’s been this year. He misses his hikers, he says. I sense his loneliness and I’m glad he stopped to talk to us. I didn’t realize how much I miss the people of the trail. In that moment I acknowledge that the three of us, and Sweet Caroline, have been given a chance to heal with our trail community.