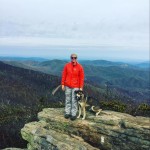 Hiking South for the Winter: A Glimpse Into the Mind of a Potential Nut-Case

It’s only crazy until it becomes a reality

February 19, 2016 I left work and drove two hours south to Zaleski State Forest to camp/backpack for my first time ever, alone with my dog Riley, in order to celebrate my birthday a few days prior.

After hiking a couple miles from the trailhead, Riley and I stopped to set up camp for the night. Maybe half an hour later, a solo hiker stopped to make camp next to us and later joined me by the fire. Conversation started the typical way, “What brings you out here?” we each asked one other. I explained how this was my first camping adventure since I was a child and very first backpacking trip. He launched into an enchanting saga about how this was his first time back on the trail since finishing his Nobo thru-hike of the AT the previous summer. I was instantly enthralled and asked every question that popped into my head over the next few hours. He explained that after initially spending one day on the trail he quit, drove home feeling like a failure only to return a week later and fully thru-hike the trail over the course of five months. His evident love and respect for the AT invoked my own dormant passion for the Blue Ridge Mountains, which I grew up frequenting as a child. Not only was my affection ignited, so was my competitive nature that I had recently locked up since retiring from sports. 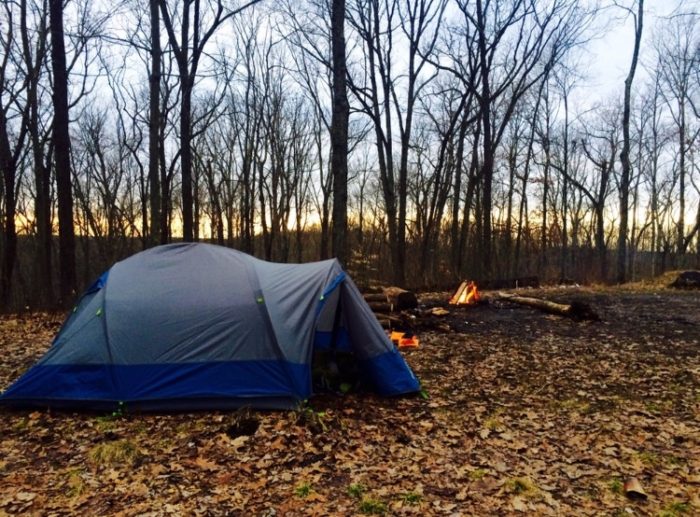 *backtracking for hikers is a last resort, but here at least it’s imperative

Growing up I was a voracious competitor and athlete primarily focused in the sport of swimming. While in high school, I traveled nationally and internationally competing on the USA swim team. In college, I swam on the Varsity Swim Team for the Ohio State University where I was eventually elected captain. After retiring from swimming, I was asked to join the Varsity Rowing team for the remainder of my fourth year and an additional fifth year. While a member of the rowing team, I earned two Big Ten titles and a National championship, as well as being a captain for that team.

Being a highly competitive athlete for over 18 years took its toll on my body and I essentially decided to retire from all physically demanding sports indefinitely…until I discovered the world of long distance hiking.

It wasn’t until that initial backpacking trip in Zaleski State Forest that I uncovered a hidden love for long distance backpacking.

I’ve always harbored an innate pull towards being outdoors; my job with the USFWS requires I’m outside 40+ hours a week. During my downtime I hunt, fish, kayak, and do yoga all outside. Discovering new places has always been enjoyable for me, so I came to the conclusion that by traveling to those places on my own two feet would make the journey that much more rewarding. 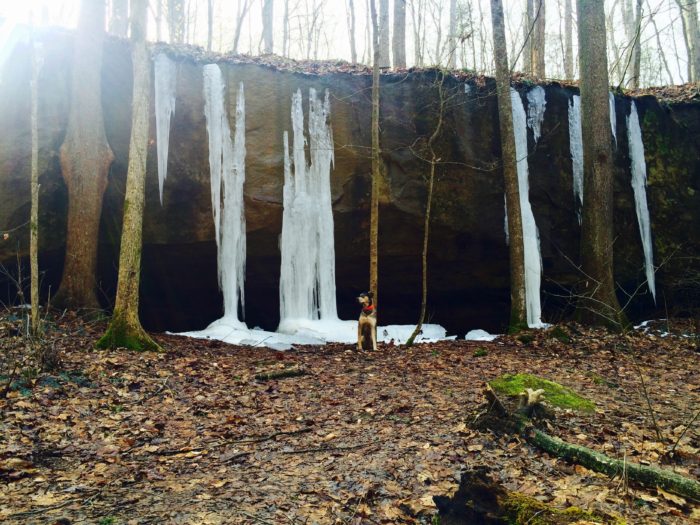 Channeling my inner Robert Frost for this one

It was that night 579 days ago, after retiring to my tent on my first night backpacking, that I decided I wanted to thru-hike the Appalachian Trail. But I didn’t want to do a normal summer NOBO thru-hike, I wanted to kick it up a few notches and really make it that much more challenging. I wanted to do it in the winter, going south bound and most importantly I wanted to do it alone with only my dog as company.
Finally after 579 days of waiting, planning and prepping, only thirteen days remain between us and our intended October 1st start date on Mt. Katahdin. Thirteen days separate Riley and I from our next great challenge and stepping stone in life as we trek together across thousands of miles towards Springer Mountain in Georgia. Let the countdown begin.

Hey ya'll! I'm Kelly Ann and my goofy pup here is Riley. We started backpacking early in 2016 and ever since have been gearing up for some pretty strenuous thru-hikes; the first of which will be our sobo AT thru-hike beginning October, 2017. Prior to backpacking, I was a two sport varsity athlete, captain, and Conference/National Champion for Ohio State. I was also a member of the USA swim team for a couple years. My competitive background has fueled my long distance backpacking adventures to be more on the irregular side. By pushing boundaries and sharing my experiences with others, I hope to inspire more individuals to get outside and explore the world around them, whether that be by taking a stroll around a neighborhood park or walking for months on end across the country. No step is too small because all great adventures begin with the courage to take that initial step.