A chipmunk jumped from a low branch and scurried across the trail. I made chipmunk like squeaking noises in its direction and it froze and stared at me with big eyes. To my right, I heard what sounded like a very agitated bird squawking at me. It was sitting in the same tree I had seen the chipmunk leap away from and it was pissed.  I whistled a soothing tune in it’s direction (think Disney) and imagined it whistling back to me and flying by my side singing game show theme songs all day. That is not what happened. Instead, it angrily chirped, flew right past my head, and landed on a branch not far in front of me. It proceeded to turn and fly directly at my face, only swerving at the last second due to the epileptic motions  I was making with my hands. All I could think was….  Hitchcock. The flybys continued several more times. Each was timed with perfect precision as to avoid the frantic flailing of my arms. I didn’t know what to do. So I ran. Yep. A grown ass man complete with a beard and tattoos ran through the woods from a finch. I don’t whistle at birds anymore.

This has been an amazing experience thus far. I have now completed everything up to Vermont and am in no hurry to get to Maine. Having no set deadline allows me to take neros (near zeroes) and hike as slow/fast as I want to. I have friends and family that reside along the trail and have been able to hop off trail and spend time with whomever I like, for as long as I want. Last year I was fortunate to meet and hike with two awesome people for awhile. A couple weeks back I was able to hop off trail and spend a day with them. Swayze and Starstuff opened up their home to me and made me an AMAZING dinner. It was really great to see them again and I am blessed to have awesome friends like them. 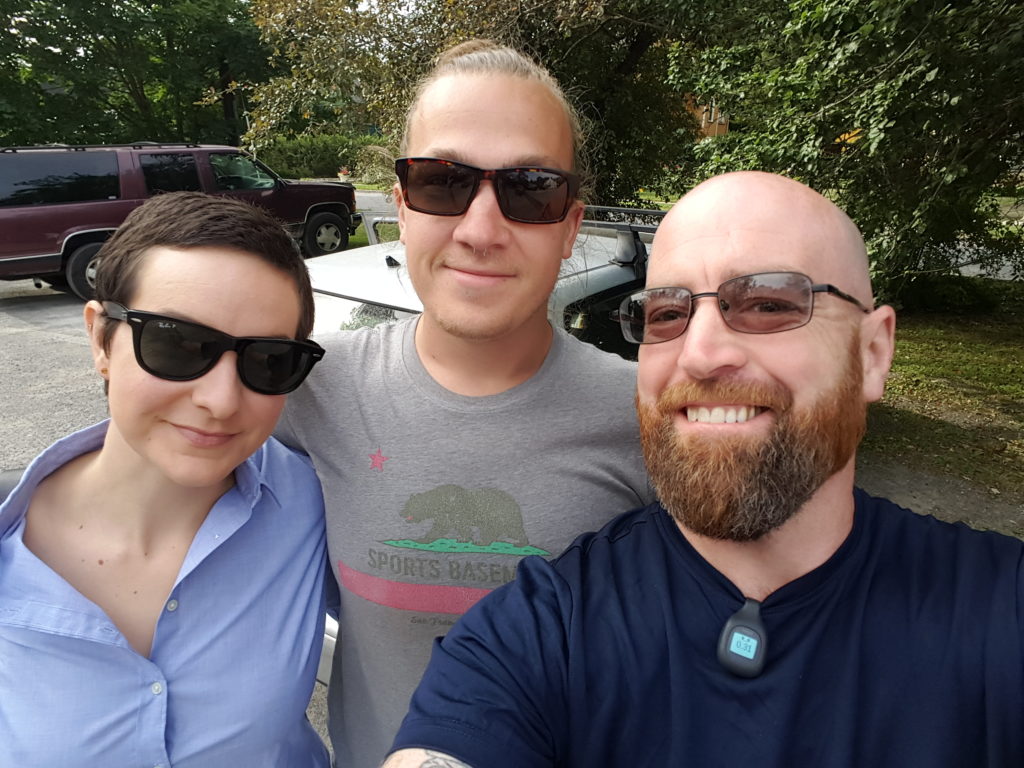 In Connecticut, I was able to hop off and visit my Uncle and Cousins who I hadn’t seen in years. I took a zero and we feasted on Filet Mignon, corn on the cob, and various other delicacies. I had a very relaxing day and it was great to spend time with family. 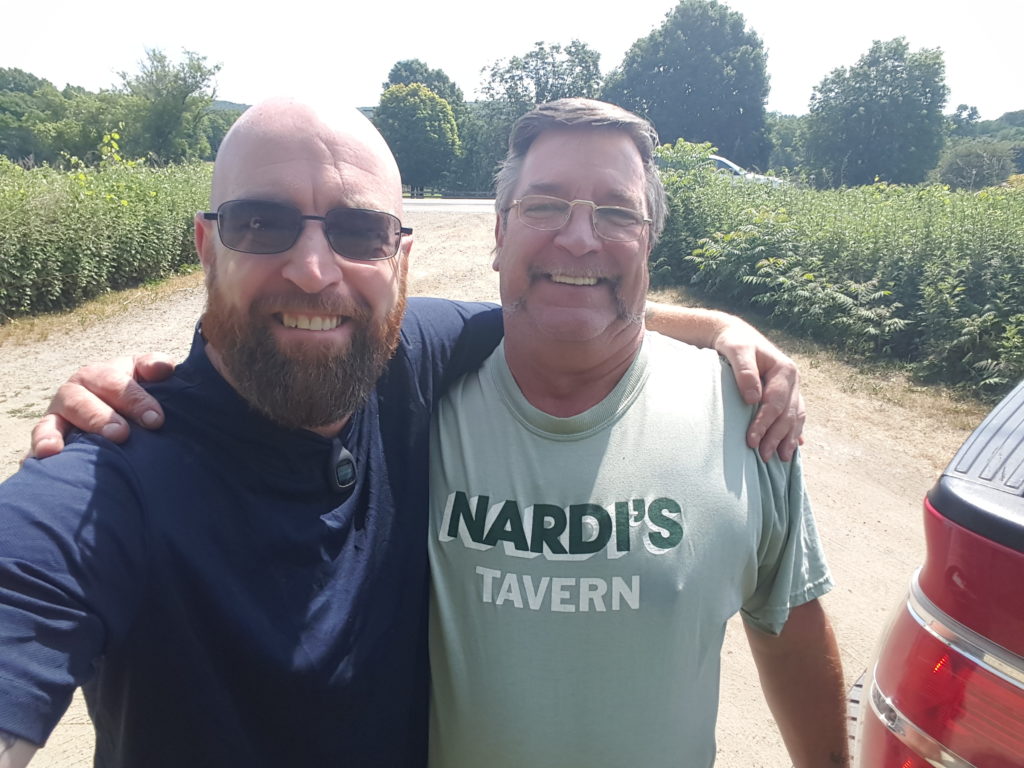 Once I hit Massachusetts, a close childhood friend picked me up and took me to Hudson,NY and I spent the holiday weekend with him. I ate soooo much food that weekend it hurt. We went mushroom hunting and found a boatload of Chantrelles. We dined on elk, and a cheesy polenta/quinoa with goat cheese and Chantrelle mushrooms. He is an amazing musician and it was great to hear him play again. Smiles all around. 🙂 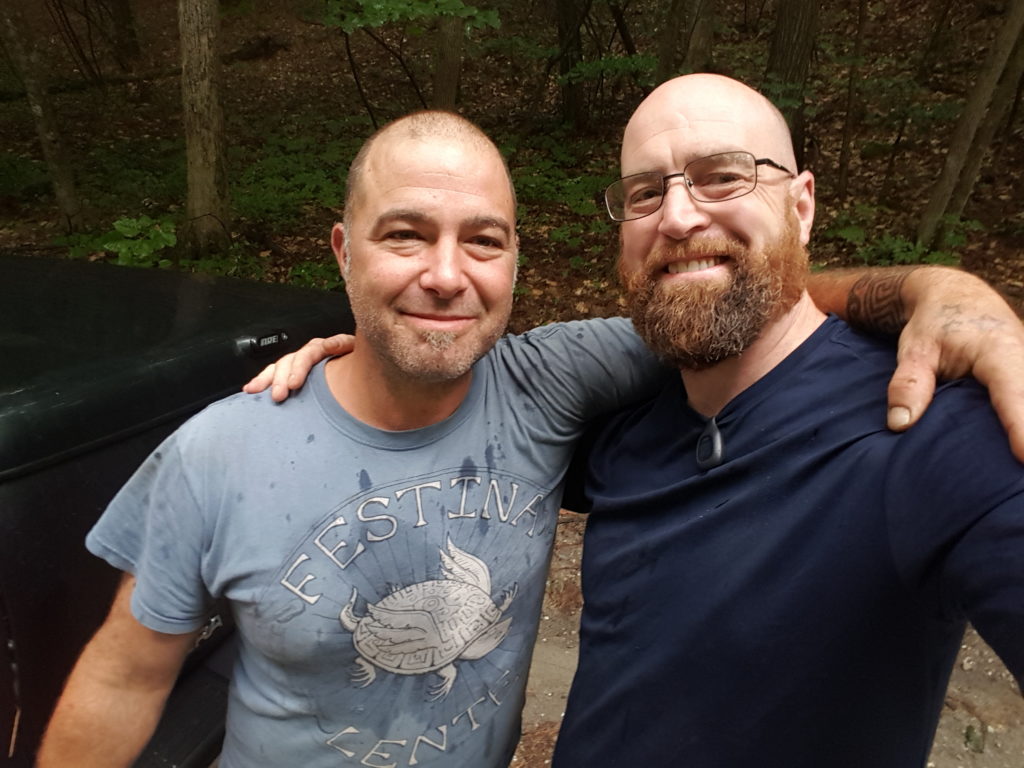 Soon, My second family (from Hawaii) will be picking me up and taking me to Lake George for a couple days. I’m REALLY looking forward to spending time with them. I lived with them for a couple years on Kauai and we became very close. I haven’t seen them in what feels like forever because I’ve been working on completing this trail. After my visit with them, I have several friends that live in Vermont and New Hampshire that I’ll be getting to see. As you can tell, I am having a blast. Not only do I get to experience this amazing trail, but I get to see people that make me smile. That’s what this journey is all about… Smiling as much as possible. High class hickin is the only way to go.

I’m going to give a brief recap of the states I’ve hiked through. While they’ve all been extremely beautiful, some have definitely been more challenging then others. My last blog post left off in Palmerton, PA so I’ll start there.

Pennsylvania is obviously rocky. Everyone knows it, and everyone complains about it. The northern portion of the state has extremely jagged rocks and one wrong step can end a hike. That being said, my home state is gorgeous. Ridgelines and views of farmlands dominated the days and while the water was a pain to get to, it was always cold and tasty. The climb out of Lehigh Gap scared the hell out of me. Because of my lack of vision, I did not see the easiest route up. I went a little too far to the left and ended up getting stuck on a face. It sucked. I sat clinging to a wall for about 5 minutes afraid to move for the fear of falling and seriously injuring myself. Eventually, Veggie Stu came up behind me and helped to “instruct” me on how to get down and then climb up the correct way. It was a crazy day. For anyone who thinks the rocks end in PA, you are sadly mistaken. That’s just the start of the rocks. It’s really just training for the rest of the trail. In all, Pennsylvania is beautiful….but no walk in the park. Well, maybe a really rocky park.

I haven’t been a fan of Jersey for a very long time. That being said, I’ve never experienced the Appalachian trail in Jersey. While the trail is only 72 miles long in the Garden State, It is a prime example of how the state has gotten it’s nickname. The trail was lined with Mountain Laurel and wildflowers galore. The short amount of trail that cuts through the state is filled with forest, swamps, boardwalks, and rolling hills that aren’t very challenging. High mileage days are easy through these parts. Jersey was a cakewalk.

New York. Sigh. Where do I begin? From the start I knew we were going to have some issues. The trail was just blazed horribly. Some blazes were 8 ft up in trees while others were behind bushes on rocks at ground level. I walked off trail so many times it was ridiculous. I have to give a MASSIVE thanks to all the trail angels that cached water along the trail throughout the state. Every water source was either a mud pit or bone dry. Trail angels were dropping 20 gallons of water at a time at all the shelters and road crossings. Those people are amazing. I love all of them soooo much. 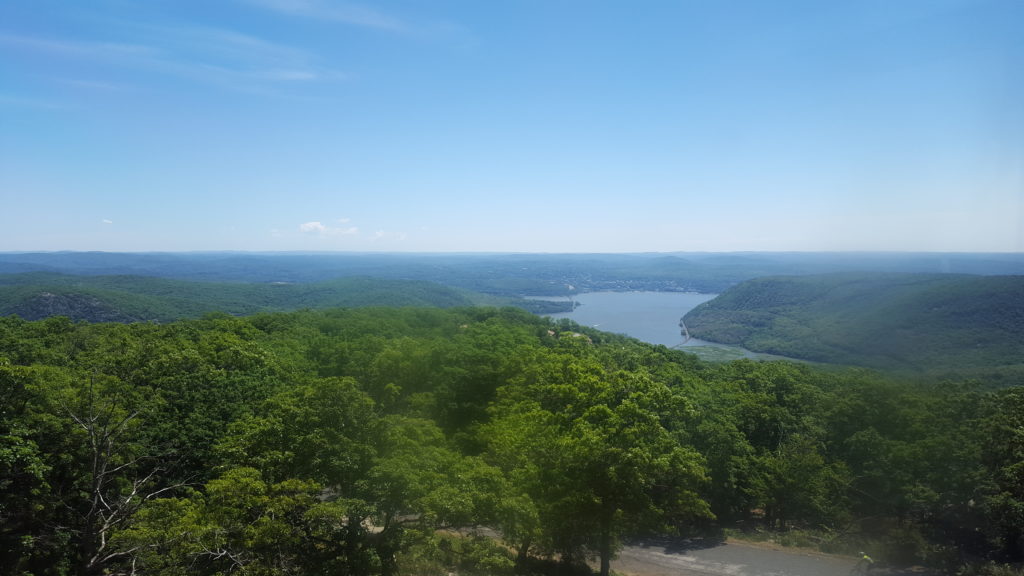 Despite it’s difficulties, New York was breathtaking. Island Pond was one of my most favorite spots along the trail. I camped there with an awesome crew and fell asleep knowing I was going to awake to a magical view. It didn’t disappoint. It was downright spectacular. Bear Mountain didn’t disappoint either. The hike up was not nearly as challenging as I had imagined it would be and the views from the top were majestic.

Every single day in NY you see either a deli or a lake with a concession stand. It is extremely hard to pass up real food. I found myself spending entirely too much money, while also having the time of my life. New York rocks! Oh yeah… it has some of those too. Connecticut is another short state. There’s only 51 miles in CT and it goes by quick. There are some challenging hills and elevation changes in the state. While water was scarce in NY, It was plentiful in Ct. There was even a day where the trail skirted a river for miles. I swam as often as I could. 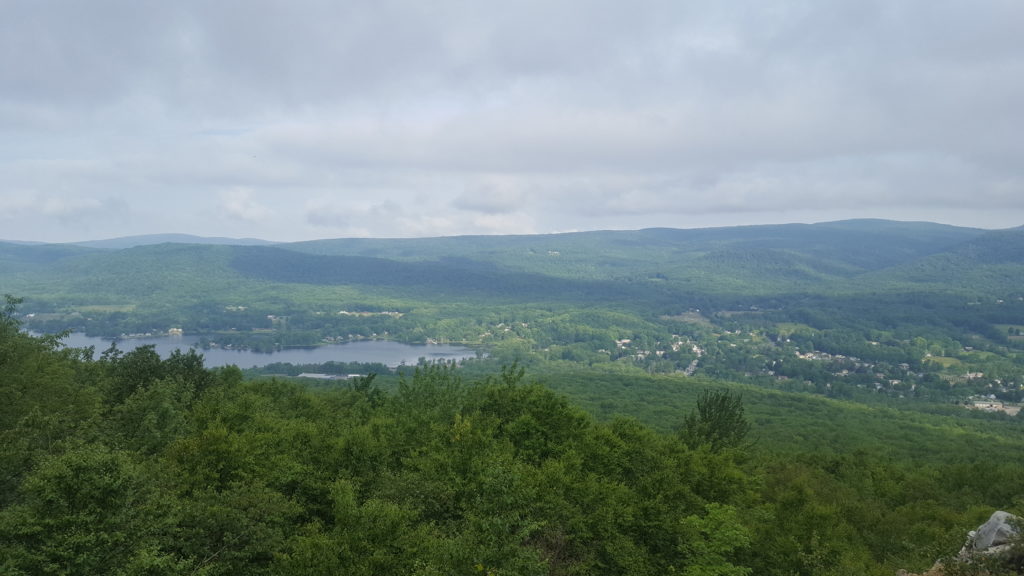 Massachusetts starts out rugged. At the beginning water was plentiful but the further north you go the less water there is. I ended up ordering new shoes as my Altra Lone Peaks had just about  enough after about 600 miles on them. I decided to go with Altra again and ordered a pair of Altra Olympus. Sadly, when picking them up at the post office, one of my stuff sacks was stolen. It contained my camera, headlamp, and rechargeable battery pack.  What a bummer. It’s the pictures and videos that bum me out the most. I’m over it though and have already replaced most of the items. No point in stressing over things you can’t control. Oh… and there’s no water in Massachusetts either. The highlight of MA is right at the end of it. The view of Mt. Greylock is simply stunning. It’s something I’ll never forget. 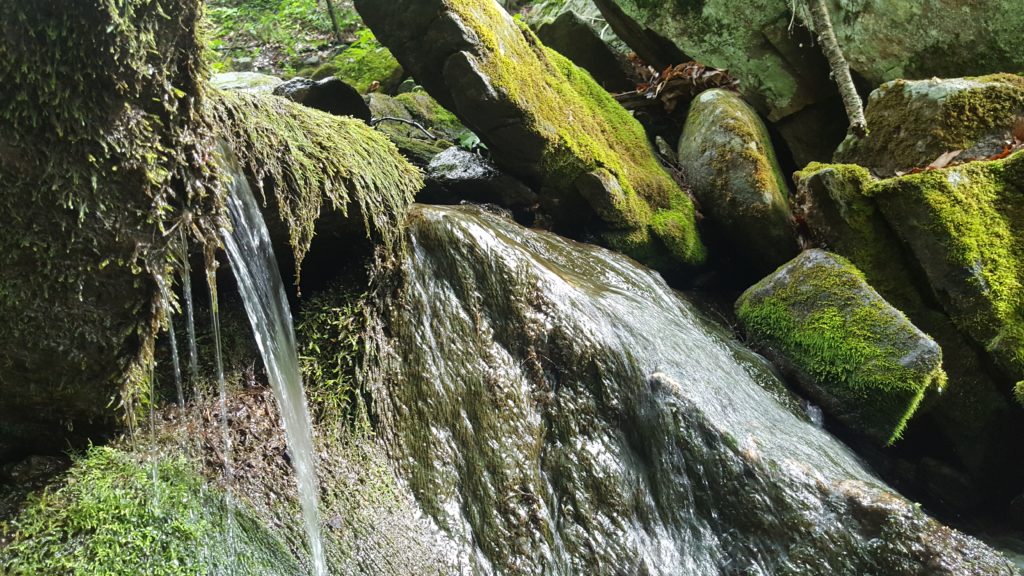 I could write for hours on each and every state I’ve traveled through. Unfortunately I just don’t have the time. I’m sitting in a library and still have 9 miles to hike today. Please like, share, and subscribe. My next post will include more details on my adventure and I’ll be thanking the trail angels that have made me smile along the trail.

I am doing a fundraiser for The Optic Neuritis Foundation.  Please donate if you can or share the link.

Check out “Optic Neuritis on the Appalachian Trail” on Indiegogo https://igg.me/at/opticneuritis/shre/7288374

You can also follow me on the following social media sites.