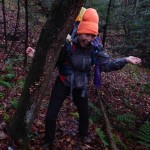 “I can’t believe it,” Nate kept repeating, “We are finally on the Appalachian Trail!” Though we weren’t officially on the AT yet, the smile stretched across my face as my head swiveled from side to side, not wanting to miss anything along the 8.8 mile long approach trail. Knowing there was no rain in the forecast for as far as we could see, we were startled when we felt chilly drops creeping from the tops of our heads down our faces. “It must be dew from the trees,” we concluded, until one of the frozen drops exploded on Nate’s wrist. “Ouch!” he snarled, pointing his gaze towards the treetops. “Those aren’t drops of dew; they’re ice missiles!” Sure enough, the army of leave-less trees were pelting us with shards of ice as we walked through the forest into the sunrise. At times it was a winter wonderland, but when the tree aimed well enough to shoot a missile between my back and my pack, I shuddered. But the shudder only allowed the missile to travel further down my back, so I pressed my back hard against my pack, but that just encouraged the ice to melt! Alternating between instinctively arching my back and pushing my back into my pack, I did a two minute dance along the trail until the ice missile puttered out in a puddle at the waistband of my pants.

A few hours later we saw, touched, admired and documented the first blaze of the Appalachian Trail. We made it! But this was only the start of our very long, very anticipated, very storied journey.

With only two miles to go on our second day, Nate and I stumbled off of the trail to a wide open meadow full of golden, sun-dried grass. It was reminiscent of an early spring day at home. Basking in the warmth was too luxurious not to continue and I convinced Nate that we should head for the “cemetery with pavilion” that the guidebook noted was 0.2 miles off-trail. He was glad I did.

The first thing we noticed when we turned the corner toward the pavilion was a black-and-yellow stripped piece of playground equipment. “It’s a teeter-totter!” Nate squealed with glee, and within seconds we had dropped our packs and skipped over to the source of all fun. But when we both launched ourselves onto opposite ends of the toy and nothing happened, Nathan’s face dropped and his bottom lip puckered out (I was upset, too, thinking that he and I weighed the same!). Then one of us got an idea: we stretched our toes toward the ground and pushed. The black and yellow stripes became swirls as the machine spun us around in circles. It was a twirly-doo! We laughed and giggled and flapped our arms and flew (actually, fell) off of the twirly-doo until my vestibular tubes could take it no longer and I zig-zagged my way across the yard to the pavilion.

As I took time that night to write about the swirling apparatus in my journal, Nate announced that he was “going to save us the trouble” of going through pictures later and delete the unwanted ones now. Oops. Seconds later he gasped, “What did I just do?!” Panicking, he turned the camera screen my way, pressing every button, hoping to get a more favorable result, but it was too late. “No images on memory card” was pasted across the screen. Officially weighing our packs at the trail registry, climbing the stairs up Amicalola Falls, the deceivingly beautiful ice-covered trees, our summit of Springer Mountain, the wonderful weather of Georgia in February and the terrific twirly-doo; it was all gone. But as soon as that thought entered my brain, another one chased it out. Those memories aren’t gone, they’re still in our heads, even more vividly now. Because we have no other way to look back on our first two days along the Appalachian Trail those moments will be ones we will never forget.

“I was going to camp tonight, but then I saw the forecast. That’s too cold for me!” a passing day-hiker called to us. Darn. The wind was already lashing us as we hiked up Sassafrass Mountain and when we obtained cell phone service at the top we saw what we were in for: a wind chill as low as five degrees below zero. As soon as we saw those numbers, we hurried past the creaking trees, through the wind-blown gaps and around a few more mountains. We paused when we got to the far sides of the mountain, where we couldn’t feel the wind that we heard howling violently above us, hoping that our chosen campsite would be on the not-so-windy side. Keeping our heads down, we pushed on and shuddered when we reached the shelter. The wind snuck between each slab of wood to strike us and we knew we couldn’t stay there for the night. Even at one of the tent sites at the shelter we would feel the wind all night long. Following Nate’s instincts, we turned back 0.3 miles to a small campsite nestled next to a creek where we couldn’t feel the sting of the wind when we hiked past. Having my doubts about sleeping next to a stream of chilly water in subzero temperatures, I trusted Nate, and it was my warmest night yet.

We didn’t walk along the Appalachian Trail on our fourth day. We skipped, jumped, boogied and catwalked. With beautiful weather before us and the chilling wind in our past, we relished our time on the trail, spending nearly an hour atop a mountain just looking into the distance. Grateful that we had stuck to our plan of limiting ourselves to eight mile days, we felt no sore muscles and no fatigue. We were on top of the world. 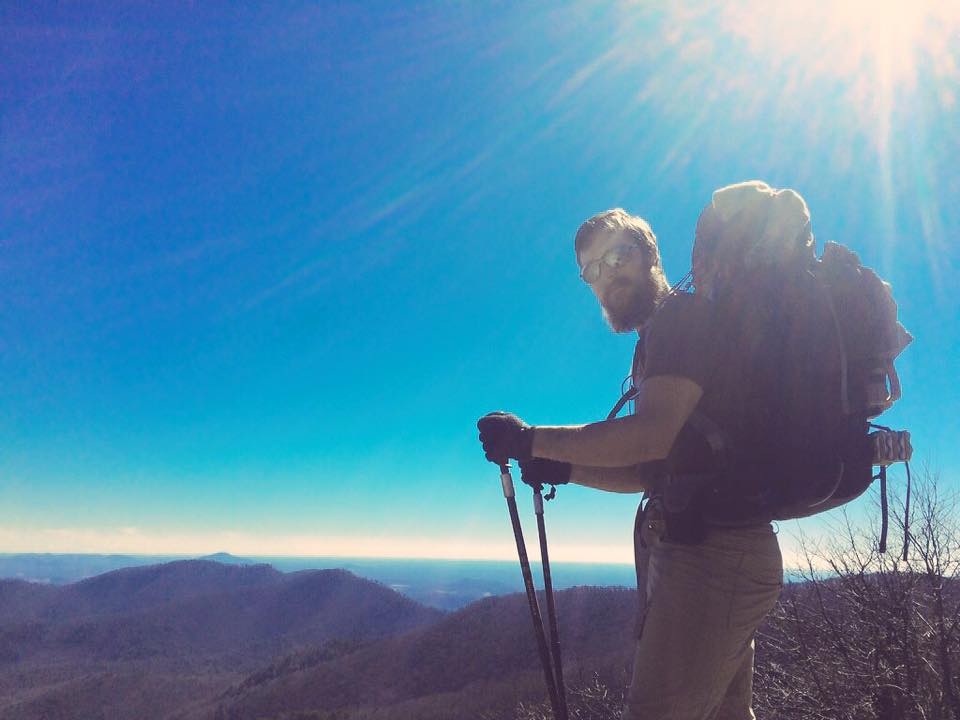 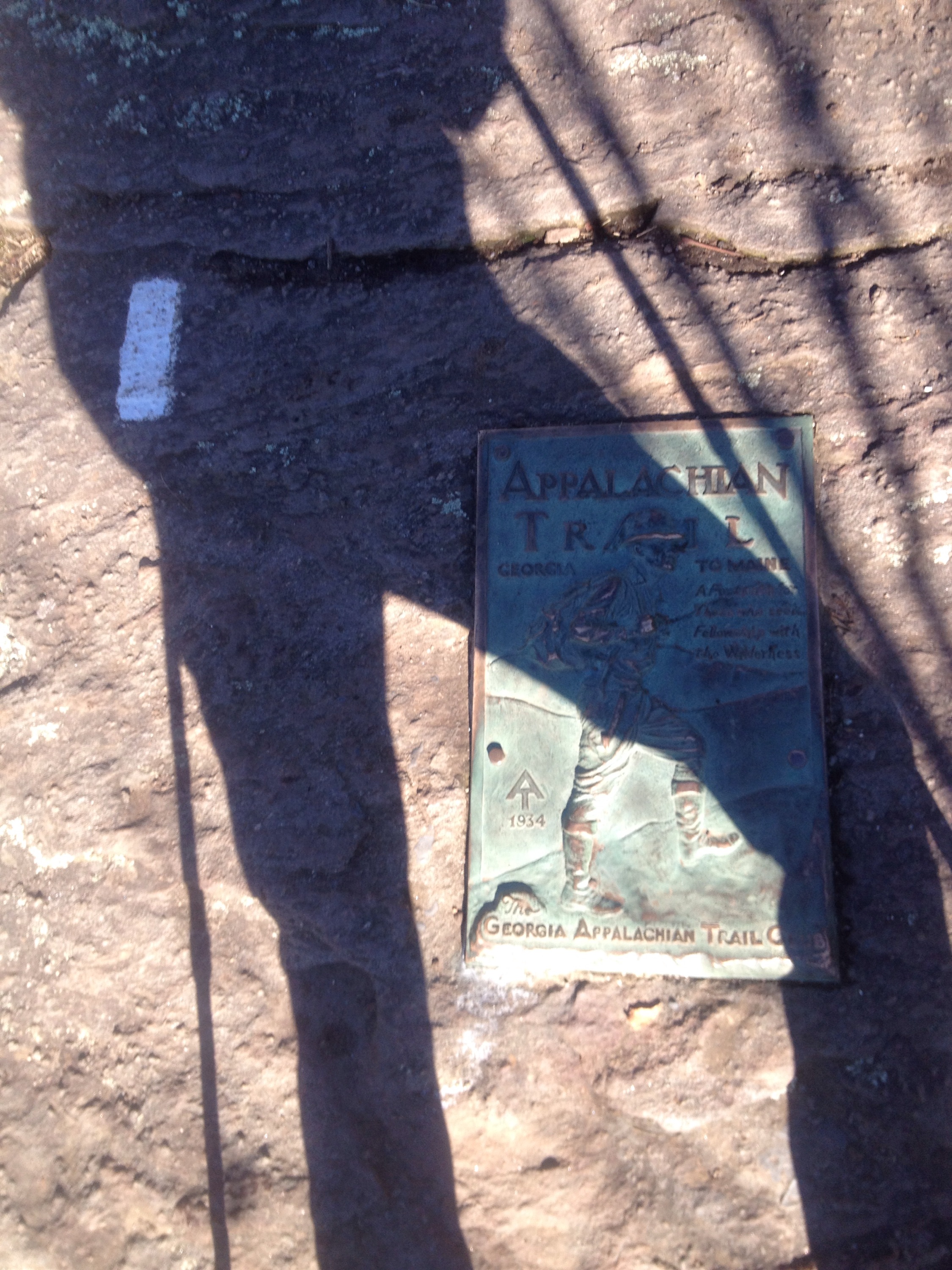 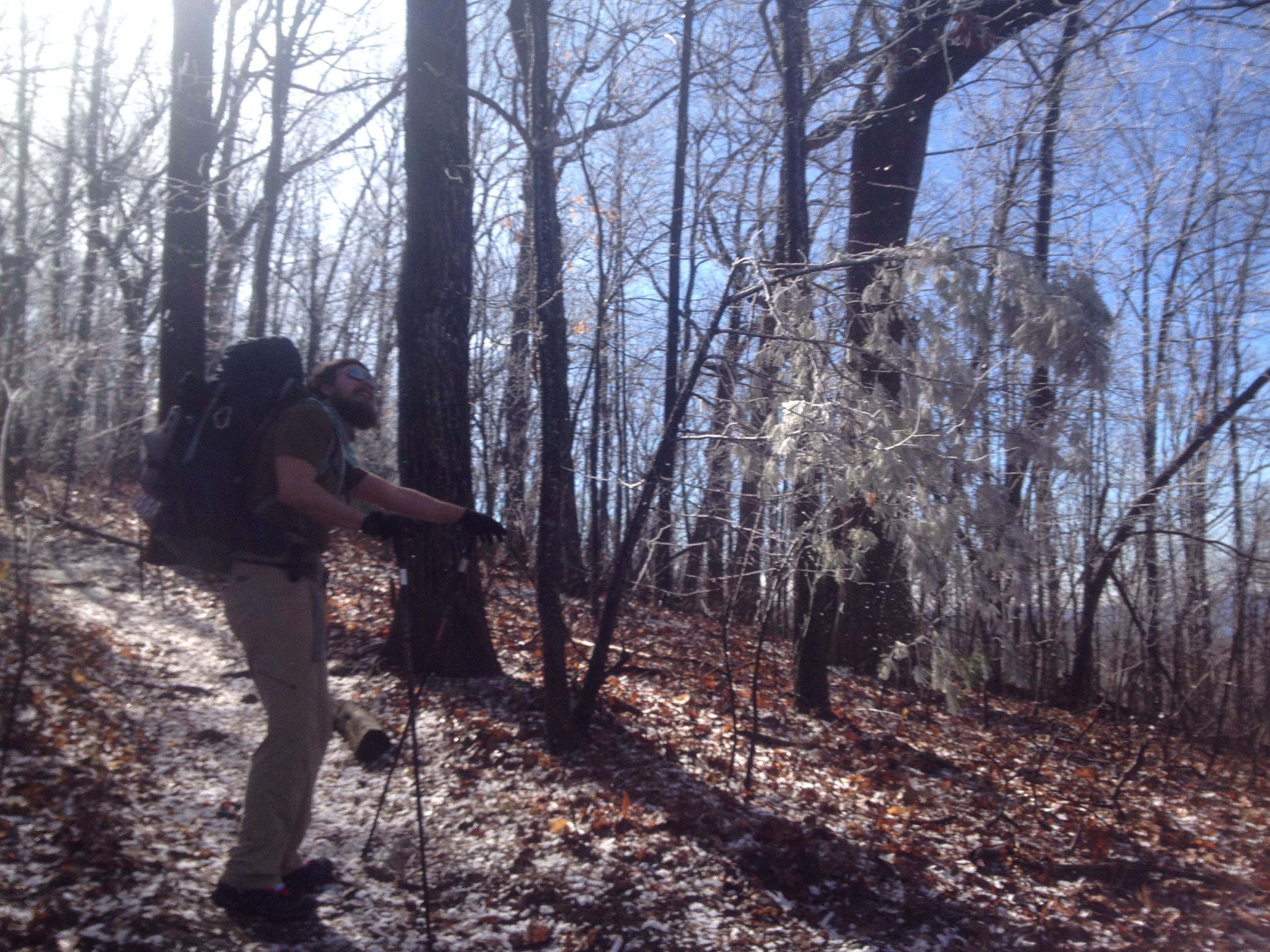