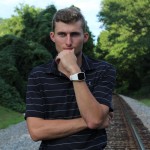 Why I’m Putting Aside My Dream

*The following is the story behind my decision to leave the Appalachian Trail. I’ll post a more analytical, bullet-pointed list in the next few days.

Like many readers and writers on this site, I’ve wanted to hike the Appalachian Trail for nearly a decade.

I saved money, collected gear, stayed fit, and managed to find a ~5-month period in my life to attempt it. I registered my hike, got a ride to Amicalola Falls, and set off on March 3, 2020 with the goal of walking to Maine.

In the periphery, I knew COVID-19 was becoming a global issue. Before I started the trail, the United States had announced its first coronavirus death along with travel restrictions to Italy and South Korea. The day I began, the US government approved testing for the virus.

There was a sense that COVID-19 would affect my hike in some way. But I held out hope that the effect would be minimal and distant.

A Shadow in the Dark

Despite never backpacking before, I found peace, friendship, and fulfillment in my first few days on the trail. I wrote about it at length here. But in short, the trail life suited me immediately. I found some great friends (Shout-out to Parmesan, Tosser, and Honey Bear), and the first 100 miles flew by.

It was not until we arrived in Franklin, North Carolina, (~mile 110) on March 11 that the weight of the problems COVID-19 was causing began to set in.

As we arrived, we learned the World Health Organization had declared a global pandemic and President Trump halted travel from Europe. Especially with Honey Bear in our group—a citizen of France here on a visa— concern rose.

Worse, coronavirus was the talk of the town. Instead of discussing the next parts of the trail, gear upgrades, or swapping stories, the effects of the virus dominated our conversations and the conversations of the hikers around us.

The lighthearted, escape-the-world attitude that I had loved so much in the first few days was gone.

But we hikers are a resilient folk. Other than the emotional impact of a background worry, there was nothing indicating that we shouldn’t continue. So we took our two planned neros (for those unfamiliar, that’s a short mileage day) in and out of town as we mentally and physically prepared for the challenge we were all expecting next: Great Smoky Mountains National Park.

Admittedly, I had some issues over the next several days: problems independent of the virus. My struggle is written about here, but in short, the problems were in my control. I worked on them and, by the time we arrived in Fontana, the last “town” before the Smokies, I had largely overcome them.

In the meantime, I met two more awesome people, Ponder and Amble, who helped me toward the “less miles, more smiles” thinking that was a large catalyst for returning me to a positive headspace.

Now I was ready for what lay ahead, one of the most storied, challenging, and unpredictable sections of the trail. I was excited and nervous for the mountains ahead, but little did I know that the challenges of terrain, weather, and a week without a shower would pale in comparison to what would happen next.

Unbeknown to my group, all lost in the woods without much service, President Trump declared a national emergency on March 15. When we arrived in Fontana on March 16, we learned of this moments before the Appalachian Trail Conservancy released language “recommending” thru-hikers “about to embark” upon their journeys to postpone their hikes. (N.B. This language soon changed.)

As a future law student, I read it closely. I had already “embarked” and besides, it was only a “recommendation.” Regardless, I spoke with my tramily about it and we had a serious conversation attempting to evaluate our social responsibility.

Five of us, Ponder, Amble, Parmesan, Honey Bear, and I, decided to take a zero on March 16 in Fontana to learn more and rest some very tired legs. Tosser, ever the most determined of the group, decided to stick to her original plan of camping near the Fontana “Hilton” to begin the Smokies early the next morning. We waved goodbye, expecting the group to be reunited in a few days.

That morning, after Tosser had left for the trail, Honey Bear (recall he is French and here on a visa) received official word from home instructing him to come home immediately. After about two hours of phone calls with family and officials (in French, so naturally I didn’t understand a word), he informed us he would be taking the next flight home along with a few other international hikers staying at the hotel.

In the meantime, the ATC updated their recommendation to say “all thru-hikers.” But again, it was still a recommendation and without additional closures, nor many US citizens leaving the trail, we decided to press on, but with some additional precautions.

Ponder, Amble, Parmesan and I read up on the CDC guidelines, made a plan to social distance from other hikers, and avoid shelters as recommended. We agreed to stay in our own respective tents, share no food, share no tables, avoid privies, and maintain the recommended six feet from all other hikers.

On the morning of March 17, we packed our bags, said our goodbyes to Honey Bear, and took a thoroughly Lysoled and hand sanitized shuttle back to the trail.

The next three days were awe-inspiring. It only rained a little bit (huge improvement over the first two weeks that were almost exclusively rain). We walked across Fontana Dam, climbed a few thousand feet into the Smokies, and saw some incredible views like the one at the top of this post.

But there was a problem. We found that we were among the minority of hikers practicing social distancing. While there were certainly a few others like us, my group grew increasingly concerned at the continued heavy usage of shelters and close personal encounters many hikers continued to have.

Worse, there was now a large influx of section and day hikers. Most of whom, we learned, were taking time off work to come hike. While I was glad they were enjoying exercising outdoors, it concerned me that so many people from multiple states across the country were now flocking towards the trail.

On the highest peaks the Appalachian Trail has to offer, amid some of the most beautiful views, I began re-evaluating my decision to continue.

If You’re Going to Make a Hard Decision, Do It With a View

For me, the day after Clingmans Dome was the fateful one. Early that morning, I passed through Newfound Gap and experienced near pandemonium.

The place was packed. Despite having visited multiple times, I had never seen this many people here. I looked at the license plates in the overflowing parking lot.

“What. The. HECK!” I thought. “People are getting off work so they can quarantine and instead they’re driving across the country?”

I left the gap in a near panic. Worse, over the next several miles, I must have passed 100 people walking casually on the trail. Few kept their distance, stopping to chat and get closer, even after my efforts to get six feet or more off the trail to let them pass. Soon after, I’d learn from the ATC that the Appalachian Trail was experiencing unprecedented use across the entire trail.

On top of that, I listened to an episode of Backpacker Radio during my walk, hoping to get my mind off things. Instead, I heard Zach’s voice (the founder of this website) say the following:

“Your actions to hike could kill someone. Please think about that before you decide to step along the trail.”

“If thru-hiking were an effective means of social distancing, then a rapid spread of norovirus would not result every year… It’s borderline impossible to avoid coming in contact with shared objects: bear boxes or cables, ropes when people do bear hangs, or even sitting on a log near a water source that someone recently sat on.”

All that at once was overwhelming, to say the least. I did the best thing I knew to do: I found a lonely rock off the trail with an incredible view (and some cell service), sat down with a peanut butter wrap and a Snickers, and had a really good think.

I reviewed the information I had. I spoke with friends on and off the trail. I texted mentors. And I read, and re-read, every bit of relevant material I could get my hands on.

After analyzing it all, I made my decision. I texted my sister and asked her to pick me up at the next road crossing: Davenport Gap.

Two days later, my mom (bless her) drove seven hours and endured the smell and dirt that only thru-hikers can accumulate in her previously immaculately clean car.

I’m writing this sitting in my childhood bedroom, at my parents house, a few hundred miles from the Davenport Gap. I’ve taken a much-needed shower, started my laundry, and caught up on email. There is no more dirt between my toes (OK, maybe a little), my pack is in the garage out of eyesight, and I’m missing my tramily.

I want to go back. I’m hoping this whole thing blows over in a month and I can make an attempt at finishing this year. However, with an early August deadline for law school, I know I’ll likely be putting my Appalachian Trail dream on hold, probably until retirement, if I’m lucky. It’s setting in that I may be putting it on hold forever.

Despite this, I’m confident I made the correct decision. I wouldn’t go so far as to say I’m happy, but I feel a sense of peace. I firmly believe that when I look back on this choice next year, next decade, or even at the end of my life, I’ll be proud of the decision I made.

To those still on the trail, I worry for you. I don’t know your situation, and as such, will not offer a judgment on your choice. However, I will encourage you to seek out as much information on this global pandemic as you can, push you to think about it carefully, and ask you to make a decision that you will be proud to explain to your friends, family, and most importantly, yourself.

Lastly, to my tramily and the many awesome people I met on trail, most of whom are now at home: It was a pleasure getting to know you all. I’m glad we were able to experience it together and I wish you all the happiest trails going forward.

This is Hayden, a.k.a. "LLC." I hiked from Amicalola through the Smokies on the AT in 2020 #coronavirus. Other than long walks through the woods, I enjoy books, pour-over coffee, and red ales. My special abilities include dancing to Selena Gomez, parallel parking, and having lots of opinions. This fall, I'll be attending law school at an undetermined location. You can reach me at [email protected]