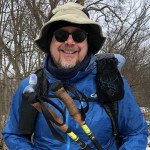 The Impetus Behind My Thru-Hike

If you read my bio, you know that I am going to attempt a thru-hike of the Appalachian Trail from Georgia to Maine. So what is the impetus driving me to want to attempt such a thing?

As a young kid, summer vacations for me were usually some sort of camping or canoeing trip with my family. Later on I was camping and getting introduced to backpacking with the Boy Scouts. And later still, up into my early 20s, I was backpacking out West with other groups. Unfortunately, for some reason in my mid-20s, it all stopped. Thirty-some years later, I decided to get back into backpacking, so I started googling to learn about the current backpacking trends. This led me to watching YouTube videos of people thru-hiking the Appalachian Trail. By watching these videos, I was immediately taken with the idea of doing this thru-hike myself and I became determined to make it happen. I’m not sure what the driving force is, whether it’s the desire for an epic journey, or a great challenge that I believe I am capable of achieving, but here I am, ready to set off to attempt it in April 2019. I’m excited for the adventure—the challenge of trekking through the wilderness and making it home for five to six months, Seeing the beautiful Appalachian Trail vistas firsthand, meeting the folks who live along the trail, especially those trail angels who give so much to preserve the thru-hiking culture, and I’m looking forward to partaking in the daily camaraderie with the other thru-hikers, the ones who will become my trail family.

So, What Is the Appalachian Trail?

White Blazes and a shelter on the Appalachian Trail.

Who Thru-Hikes the Appalachian Trail?

Although most Appalachian Trail thru-hikers are in their mid-20s, there are representatives of just about every age group. Couples, entire families, hikers with disabilities, people far and wide across the United States, and many from other countries have thru-hiked the Appalachian Trail.

The Appalachian Trail Conservancy defines a thru-hike as one completed within a 12-month period. It takes most thru-hikers five to seven months to thru-hike the entire trail. This is a huge time commitment that not everyone is willing or able to spare in their normal life.

When I was first considering thru-hiking the Appalachian Trail about five years ago, I had no idea how I would manage taking the time off. Then, a couple years later, the company that I was working for as an employee did some restructuring, and I became an independent contractor. So now, because I am basically my own boss and make my own schedule, it has opened up the possibility for me to take off the six months that I will need for my thru-hike. My old bosses, who are now more or less clients, have  known about my plans for quite some time. Hopefully they will still want my services when I get back.

There is also a huge cost for me to do this hike seeing that I have a home and all the expenses that come with owning one. Fortunately, I have enough savings and have figured out a way to pull it off without selling all my worldly possessions.

Next time, I’ll talk about what I have done to make sure I have the “right stuff.”

So, until then, happy trails!

Hi, I’m Karl. This April I’m going to start my approximately 2200 mile thru-hike of the Appalachian Trail from Georgia to Maine. I’ve been dreaming of and planning this journey for a while now and I’m finally going to make it happen. I invite you to follow along.