It’s OK to be Cliche

There are a million cliches out there: actions speak louder than words, you can’t judge a book by its cover, the grass is always greener, etc. But cliches came from somewhere and they’re usually cliche for a reason.

It’s about the journey, not the destination

I know. Insert eyeroll here. But wait, and now just hear me out on this one: it’s about the journey, not the destination. Seriously, though, this seems so applicable to thru-hiking. I had read in a book the idea that someone should hike from Springer to the campground right before Katahdin and skip Katahdin itself as a way to show that it’s about the journey.

Now, there’s no way I’m skipping Katahdin, but I do agree with the journey part. Which is why I ended up doing an extra 7.4 miles and hiked McAfee Knob twice. The first time up we were racing up to it, trying to beat the weather, but we didn’t make it before the clouds and dense fog set in. There I was, at the most photographed spot on the Appalachian Trail and I couldn’t even see it. 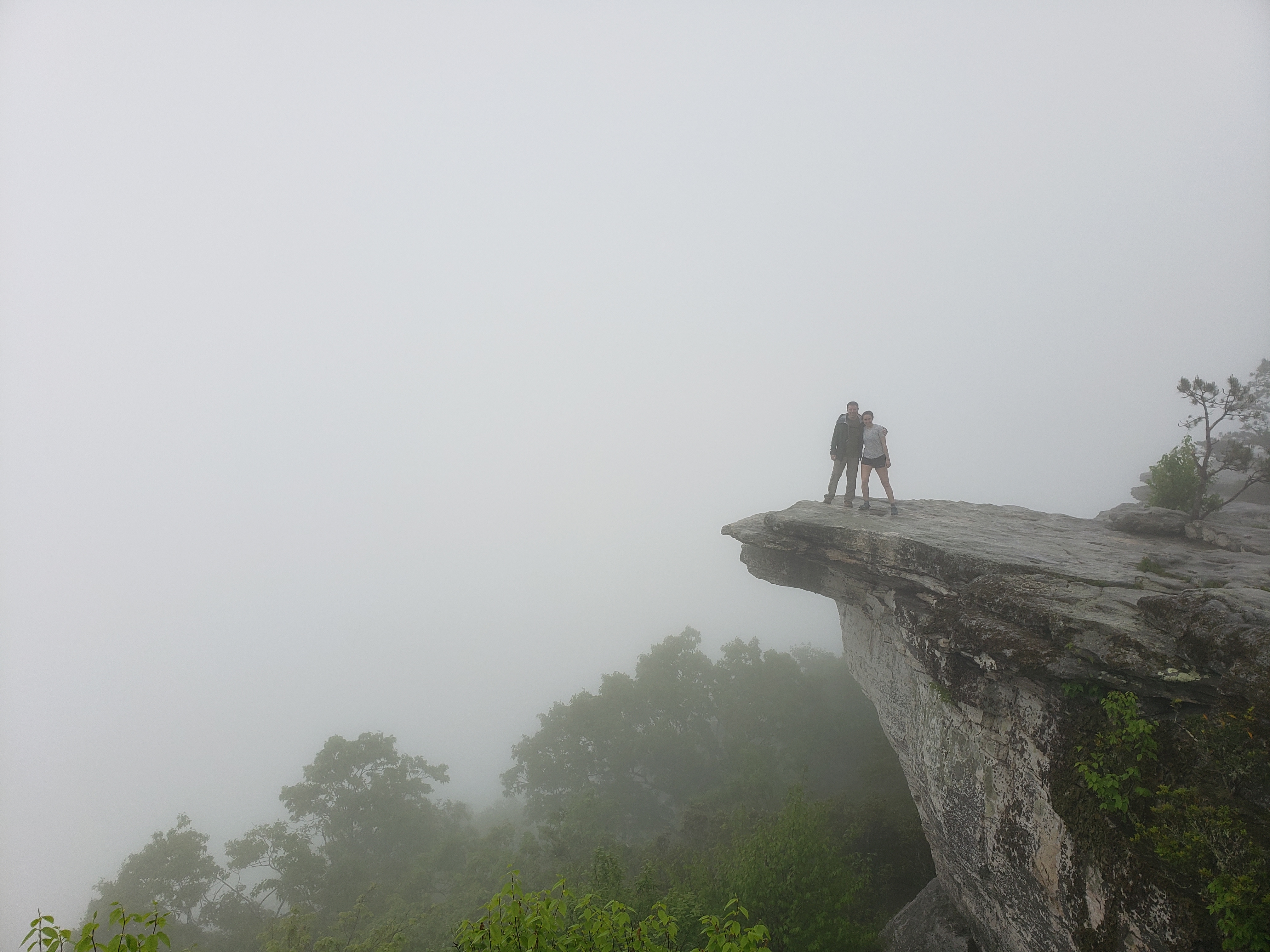 Luckily my dad was visiting during this time and so I was able to re-do McAfee Knob as a day hike and not with my huge pack. I lost half a day of hiking and fell behind the people I was hiking with, but my dad and I agreed that it was absolutely worth hiking it twice. I obviously don’t plan on redoing every spoiled viewpoint, but McAfee Knob has always felt like one of those symbolic spots that I just couldn’t miss. I have no interest in reaching Katahdin to just get there and say that I did it. I’m out here to see and experience and feel. 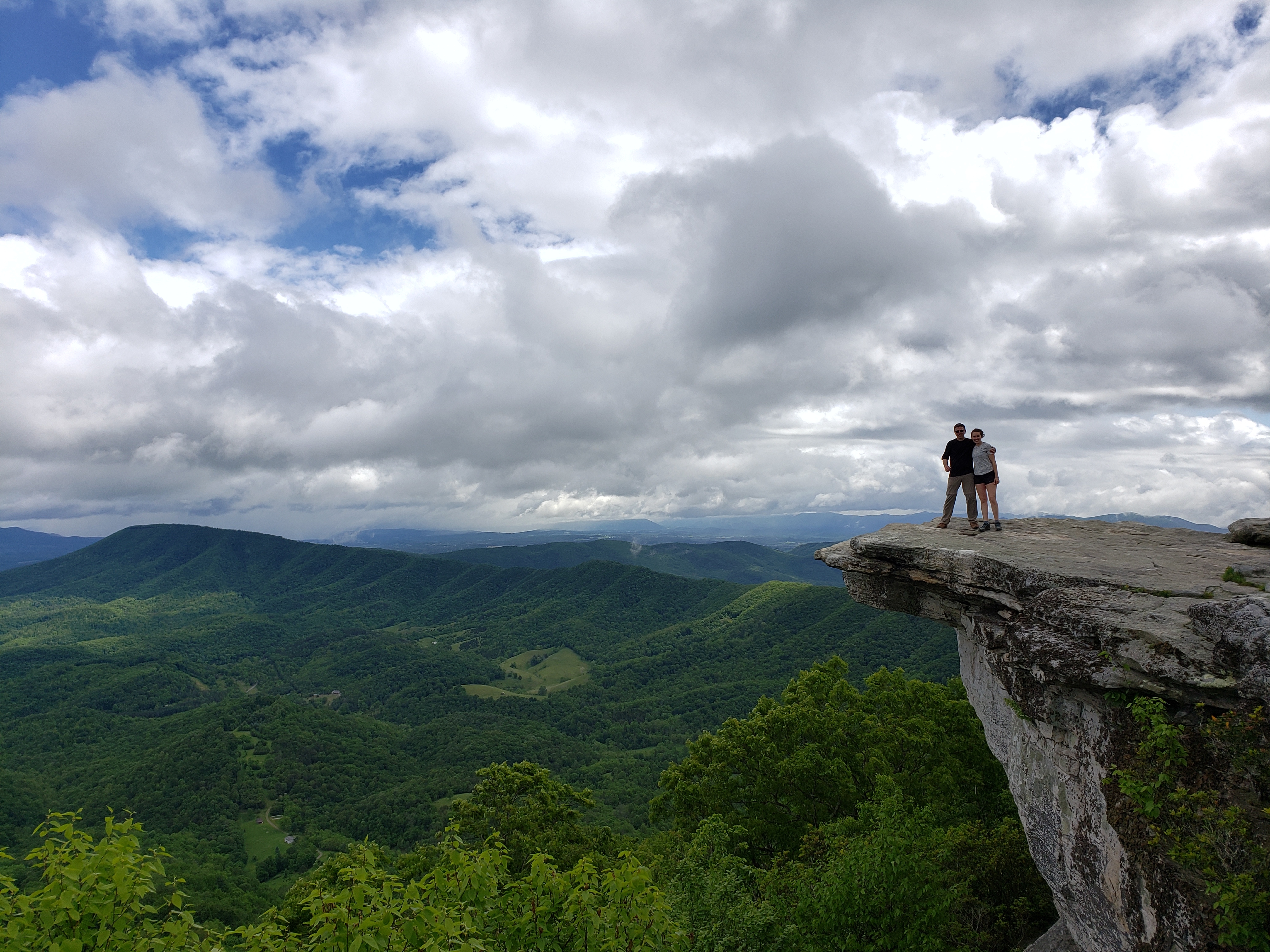 It actually surprises me how many people I meet out here that have Katahdin tunnel vision and won’t even go .1 or .2 off trail to see something interesting. I’ve actually been hiking with someone before who walked right past a viewpoint that was 20 feet off trail; it was as if he didn’t want to take the time because it was all about getting to camp and figuring out how many miles closer he was and how many miles he would do the next day. I met another hiker who scoffed at me when he learned that I did an extra mile one day to summit Mount Rogers, the highest point in Virginia. He told me, “If it doesn’t have a white blaze, I don’t have time for it.” To each their own, and I truly mean that, but I intend to get as much out of this experience that I can.

Hike your own hike

This is a total thru-hiking cliche, and one that has gotten a bad name, to boot. People often use as more of a “screw off” kind of thing. But, in its most sincere form, it’s a great sentiment. This is a massive thing to take on and it’s not like you can easily redo it if you’re not happy about it.

After falling behind my friends when I redid McAfee Knob, I put in a big-mile day to catch up to them. That night was the chilliest in a while and I slept poorly. The next day the group planned on a 22-mile day. I was exhausted and moving slow. Don’t get me wrong; I enjoyed my hike that day, but I just wasn’t in top form. By midafternoon I noticed that I was tripping. A lot. My body was just too tired from the big day the day before and the lack of sleep. I stopped early instead of risking hurting myself because I was too tired to walk properly. I ended up camping at 18 miles instead of 22 and was again separated from my group.

And you know what? It was great. By not doing those extra miles I was able to still enjoy my day instead of getting grumpy because I pushed too hard. Then, the next day, I was able to appreciate those four miles because I was fresh instead of forcing myself through them at the end of a tiring day.

It was a good learning experience. Because, as cliche as it is, it really is important to hike your own hike. I promised myself after that night that I would continue to do so. I realized that too often along the first third of this journey I did too many things for the group and not for myself. 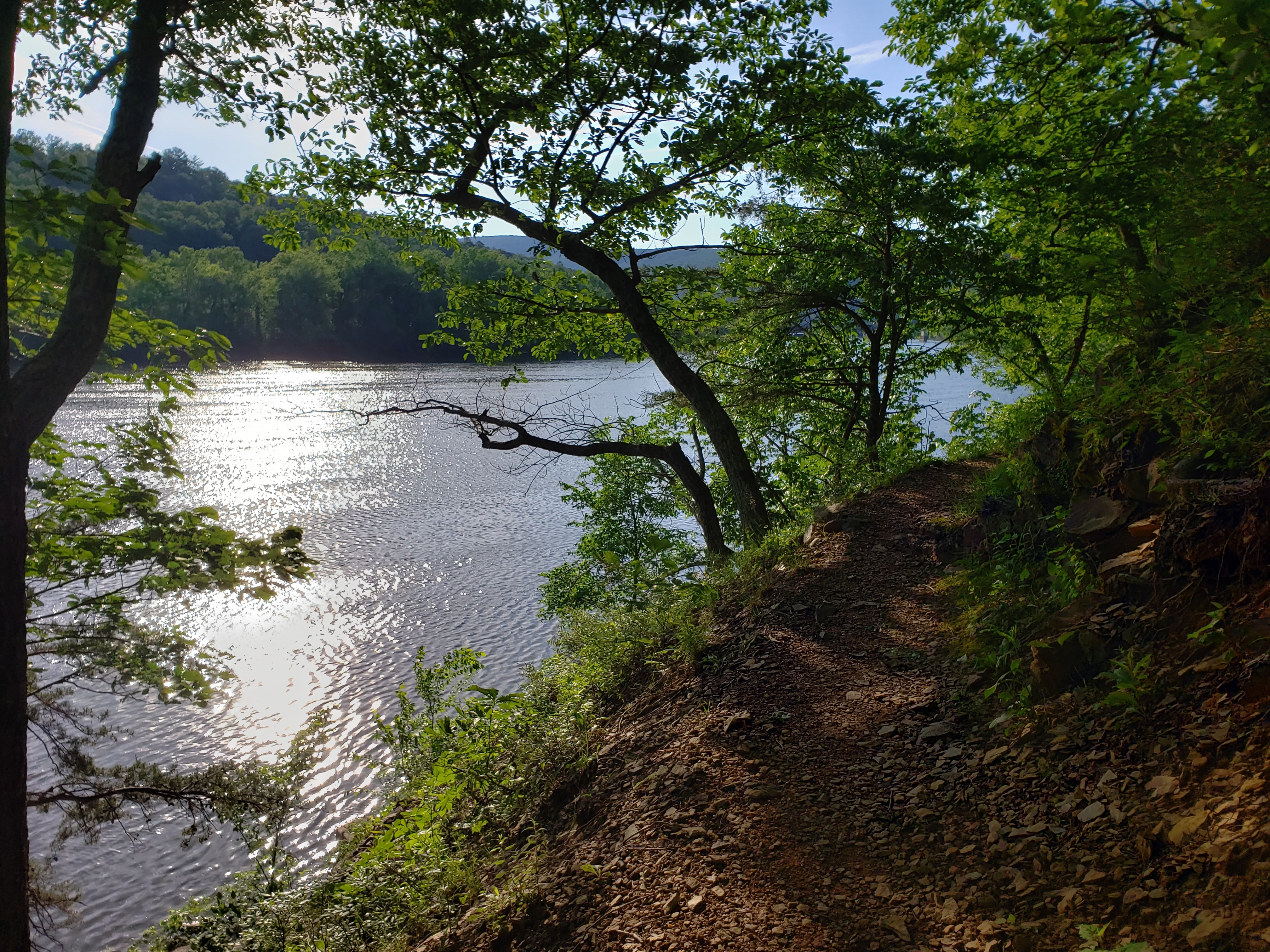 Part of the four miles that I was able to enjoy by falling behind.

I recently met a ridge runner who was staying at a campsite that was a quarter mile off trail. He seemed almost surprised when he found out that I was a thru-hiker. He told me that thru-hikers never go down to that camp spot because the quarter mile was too much. It surprised me because it had a beautiful westward facing view. Seemed like a perfect spot to camp and watch a sunset.

The ridge runner also talked to me about his own thru-hike in 2017. He said he had a lot of regrets about the way that he hiked it. He said he was one to skip the viewpoints and that he wished he had slowed down to see more. He said that in a lot of ways, he felt like he didn’t even do a thru-hike because he felt that he had missed so much. He also said that he followed a group for a long time and felt like he hiked their hike and not his own.

I am sorry that he feels that way about his hike but I feel fortunate that I met him and that he was willing to share this with me. It  helped me feel more certain about my decisions because backpacking alone is intimidating. But I look forward to what’s to come.