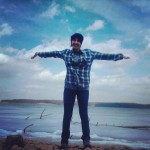 Just Walk it Out

I’ve always loved being in nature ever since I was a wee little Emily. It was when I was 12 and moved to Southern Utah though that everything changed. Walking trails in Zion National Park and summiting crimson mountains changed me. The endless sea of red rocks holds a very special place in my heart, but the woods owns my spirit.

It was about 3 years ago that I decided I needed more in life. I had recently gone through a slew of life changes the previous year that left me feeling quite lost. One night perusing through Netflix, I stumbled across National Geographic’s documentary on the Appalachian Trail, which I totally recommend because it’s badass and gets you stoked to be alive, and everything just clicked. I knew that I had to do what the people in this documentary were doing. I needed to hike the entirety of the Appalachian Trail. I didn’t really know much about backpacking, but I did know that it would be an epically life changing adventure, give me the direction that I was seriously lacking, and give me a chance to live in the woods, which was something that I always wanted. To put it simply, there are things (or people) in this world that we are meant to be drawn to with an undeniably magnetic force. There’s no running from this feeling when it grabs hold of you. After watching that film, then going on my first backpacking trip less than a month later, I realized the trail grabbed hold of me, and it wasn’t letting go.

In the spring of 2014, one year out from my thru-hike departure, I decided to scrap my car, give my best friend Allie the majority of my wardrobe, and trash all my makeup. I sold a bunch of things I no longer needed and let me tell you guys, it felt fucking wonderful. Since deciding to thru-hike, I’ve become immersed in backpacking. It’s fun for me to look back at my first backpacking trip, decked out in jeans and socks as gloves (I started backpacking in the winter time), and an external frame pack that was huge on me to say the least, and see how far I’ve come as a hiker about 400 miles later. 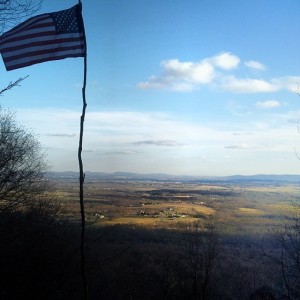 So here I am, about 6 months out from when I plan to step foot on Springer Mountain, Georgia, and it’s a glorious feeling. Let me tell you a bit about off trail Emily though, and I’ll try my hardest to not make it sound like a Match.com profile. First things first, I’m 23. I’m in college right now as an Environmental Science major. I want to feed the world and provide potable water to countries that don’t have such luxuries. I’m the president of an environmental club at my school, which I helped form in the Spring of 2014. I work with soil…. a lot. I go to a lot of shows and I have a somewhat abnormal obsession with punk rock, but I wouldn’t have it any other way. My favorite band is NOFX, with Pennywise and Bad Religion tied in second. I play the guitar and the ukulele, which I named Simon. I have a lady bearded dragon, whose name is Peter. I nursed her back to health several years ago, which fueled my interest in reptiles. I thoroughly enjoy drinking delicious beer (Long Trail, Founders, Southern Tier and Weyerbacher being my favorite breweries), and am recently an ex-vegetarian, because bacon. I’d love to tell you guys more about myself, but I think it’s cooler if you get to know me along the way. I hope you enjoy reading my blog and following me along this grand adventure. I’m sure as heck looking forward to it.

Hey there! I'm Emily. I'm a laughter inducing, never sarcastic, 23 year old chick from Pennsylvania. I'm in school studying Environmental Science, and about 3 years ago decided that in 2015 I would hike the entire length of the Appalachian Trail Northbound. Off-trail Emily spends her free time gardening, attempting to go running (they say it's good for you), going to as many punk shows as possible, eating sandwiches, and rocking out on my bright yellow ukulele, Simon, which will be accompanying me on my trek). I'll be setting off for the AT at the end of February, and starting March 1, 2015.