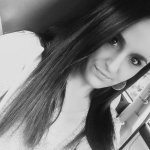 Since April of this year, 86 L.L. Bean employees, splitting off into 43 teams, have collectively completed all 2,180 miles of the Appalachian Trail, spanning all the way from Georgia to Maine. The company sent employees varying from corporate office operations to local retail workers on an adventure of a lifetime. Each team had its own section of  trail to cover, ranging from 27 to 118 miles in length. These L.L. Bean AT relayers were more than happy to capture these memories and share their photos along the way on social media by using the hashtag #LLBeanATrelay. The first team hit the trail on April 16, and the last team reached the 2,180-mile marker on Mount Katahdin, the Northern Terminus of the Appalachian Trail, on Sept. 25. Now that the relay has come to an end, collectively the teams have passed through 14 states and by 20 L.L.Bean stores, and cumulatively hiked 2,180 miles.

Shelter life from our first night in the #smokeymountains. It was cold outside but nice and cozy in my sleeping bag 🤙🏼#llbeanatrelay #findyourtrail #sponsored #appalachiantrail #at2018 @llbean

The L.L.Bean AT relay is officially in New England! #llbeanatrelay #findyourtrail #sponsored @llbean

The hike coincides with the 50th anniversary of the National Trails System Act of 1968, which established national scenic trails, national historic trails, and national recreation trails. The hikers helped the National Park Service and the ATC by collecting data at different locations, helping the NPS and ATC determine how the landscape has changed over time.

We did it!!! Team 43 complete the LLBean AT relay today, Thank you LL Bean for this opportunity what’s next??………………. #findyourtrail #sponsored #llbeanatrelay #thankyoullbean #beanoutsider

I recently chatted with Megan Pike, an L.L. Bean employee and member of the final relay team about her experience during this journey.

What were your initial thoughts when you learned L.L.Bean was recruiting employees for this type of relay-style hike?

My initial thoughts when hearing about this relay from my manager, Lisa Richards, was that I was so grateful and excited to be working for a company that was supporting such an amazing adventure! Our company was standing behind the mission to #BeanOutsider by selecting 43 teams to hike the most historic trail, and to do it in a huge team. The excitement from everyone, even people not applying, was contagious! The application process was intensive, and the timeline was short. First, we had to acquire a teammate willing to join us in the relay. Luckily, my teammate chose me, and we started brainstorming for an application video from there. The requirements were to submit a 90-second video that explained who you were, why you deserved to join the relay team, and what #BeAnOutsider really meant to you and your teammate. We submitted a video and received amazing feedback for our submission! Shortly after, we learned that we had been selected for our #1 section pick—the 100-Mile Wilderness and Mount Katahdin. Subsequently, we went through a few rounds of training to ensure we understood concepts of the trail such as trail magic and Leave No Trace. Most excitedly, the relay was not about pushing or marketing the L.L. Bean brand. The point of inviting 43 teams of employees to hike the AT was to involve the employees in the mission of the brand, and to stand for what we all truly enjoy and believe in. By joining this thru-hike, I think myself and others gained a larger appreciation for thru-hiking in general, but also the different capacities which people can enjoy the outdoors.

What’s one piece of gear that you couldn’t have survived without?

There were a couple items of gear that helped me be so comfortable on this trip. My sleeping pad was a cloud that made sleeping in our tents for the week much more enjoyable. It’s the Sea-To-Summit Comfort Plus Insulated Pad, and I 10/10 recommend. I’ll be upgrading myself after the trip! The other piece of gear that was so valuable to me this trip was our Hikelite Trekking Poles. With a pack that weighed in around 30 pounds, it was crucial to have the poles to keep the weight off my knees. Other than that, we packed fairly light with our Microlight single-person tent, 20-degree mummy bag, Osprey 50L women’s pack, Good-To-Go meals, and Sawyer Squeeze water filter system.

Favorite memory from the trail?

This story STILL blows my mind and it’s been a few days. Long story short, my hiking partner, Nick Butler, thru-hiked the entire AT in 2016 in five months and 12 days. His trail name in ’16 was Breaking Badger, because he sounds like a guy from the show Breaking Bad. The whole trip we had been reminiscing on his time on the trail, telling stories of our past hikes, etc. On our second day of hiking, we were sitting by the stream filtering some water and another bubble of thru-hikers came through the treeline. In 15-20 seconds, the gentleman yelled, “BREAKING BADGER 2016!?!!” It took Nick a moment to recognize who he was, but he yelled back, “SANDALS!?” The two had hiked together through Georgia and Virginia in 2016, and Sandals and his wife had to get off the trail due to an injury. Two years later, the two randomly reconnected in the middle of Maine woods on the same itinerary to finish Katahdin together. Truthfully, it spoke to the connection of the trail and the power that the people truly have. The community we got to be a part of in the few days we were on the trail was amazing, and we spent a lot of time culling through the trail books to read about other people’s experiences and even see an entry from Nick’s 2016 hike with his friends signatures.

#1 go-to meal or snack during this section?

Maine is some rugged terrain, and we snacked and hydrated a lot! We each enjoyed the Good-To-Go dinners for lots of refuel and carbs: the Thai Curry and Mexican Quinoa were super yummy. Another go-to was dry cereal (Cheerios), and powdered carnations milk for breakfast for dinner! And lots (lots) of trail mix with mostly dark chocolate M&mMs.

Do you think this journey has been an incentive to employees to thru-hike themselves?

I certainly think this relay is an incentive for employees to become more involved with the AT in general. There were several teams that went out to perform trail magic after hiking their section, or volunteered to do trail maintenance in their area. A portion of the goal of this relay was to inspire not just employees to get outside, but also our customers who were following with the #LLBeanATRelay. We know that not everyone employee or customer can have the chance to become a thru hiker in their lifetime, but we hope to have demonstrated by section hiking as part of a large team that people see the accessibility of setting their own goals to get outside and blaze their own trail!