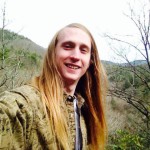 My Life’s Trail Has Had No Blazes

It was a Tuesday in December of 2013 and the roommates and I were celebrating Cousin Scotty’s birthday with a good hike through the Cohutta Wilderness in the north Georgia mountains. The four of us had been hiking and backpacking as a group for months now at this point. Now that we all lived together we were making the 2 hour trip north at least twice a month. We were on a hiking HIGH by this point. The weather had become colder and our hikes were getting longer..

Great timing for some trials right?!

Well, we didn’t have a choice. The ole Cohutta decided that it was going to get the best of us. And it sure as heck did. We hit the Conasauga River Trail after a solid week of rain. Oh, and I USED to kinda save the “important” trail info from the roommates at times just so they wouldn’t go backing out on plans. Nothing too serious, just you know, river crossings and multiple creek fords, daunting multi-mile uphill treks, and trails rated “STRENUOUS.” No big deal. Anyways, a week of rain. Needless to say, when we got to the crossing of the Conasauga that began the trail to Panther Creek Falls it was RAGING! At this point we checked our map and looked for alternate routes. Crossing this river wasn’t exactly the most fun way to celebrate a birthday. Unfortunately, we had the options of turn around and hike a few miles back to the car (NOPE!) or push through the crossing we had ahead of us to continue our trip (YEP!). I was nominated by the guys to go first. “If you can just make it across at all, then I’ll cross it and carry YOUR pack too.” So, I stepped in. The first 10-12 feet of crossing led me too a small sliver of dry land that was split by the high waters. I turn around and give the others a thumbs up to let them know it wasn’t that bad. I pushed on. The next part of the crossing was all of 20-25 feet wide. It looked liked it was a bit higher than my knees which isn’t bad except for the speed at which the water was moving. I cross it. Whew! Not only did I do it, but this means we get to keeping moving forward and that they could do it too. One makes it. Another, full size dog in arms. And then Brandon with his dog Cleveland the chocolate lab (aka Cleveland Brown, Cleaver Beaver, Beavish Cleaver, etc.) go for it. Cleveland is a great swimmer so with Brandon holding on to his pack he is dog paddling just fine. Then, all of a sudden, Brandon slips, accidentally releasing Cleveland who started paddling to the edge immediately (He was fine. He’s a dog and a hell of a swimmer. No Cleaver Beaver’s were harmed in the posting of this blog!) Brandon in the midst of the loud, raging river and cold temperature of the water decides his best move is to dive in after his dog. Wrong move. Cleveland made it to the edge and out of the river pretty quickly. Brandon on the other hand began his bob down the river before catching an edge 25 feet or so down.

He made it. We pushed on a mile or so to the first good campsite, set up, started a fire, and began drying out his soaked gear.

WHEW! Can’t get any worse than that right?!

Well, let’s just say it didn’t get any smoother. The next morning we were up early. We had miles to make up since we had to set up a quick, impromptu camp the evening before. This day should be better we told ourselves. And it was, until we lost the trail at the bottom of Panther Creek Falls. Using our map, we knew that as long as we pushed to the top of the falls we’d be able to get back on trail. The hike up was nothing but a boulder field and it lasted forever! (For the record, I’ve been back to this trail recently after a 300 mile thru hike, almost a full year of more experienced backpacking and map reading, and I STILL couldn’t find the trail going up that area of the falls. I don’t think it exist.)

At the end of the Panther Creek Trail we took a left, heading north on East Cowpen Trail. It was here on this trail that my hiking buddy Colton and I decided we wanted to take time off for a long distance trail. It was December. We’d plan for the summer so we’d have plenty of time to prepare. We weren’t sure what we’d hike but we knew we wanted to do at least 30 days. A full month! The very idea of it was HUGE to us! We loved backpacking and there was a reason we did it twice a month. At this point the Appalachian Trail was something we were very aware of and attracted to but the commitment was probably to big of a task to take on at that point.

So, the rest of the trip wasn’t terrible. We had a lot of hiking to make up on time but we made it in the end. At the crossing of the Conasauga River the second time we managed to even find a log to cross further up. We made it back and the planning for Colton and I really began.

With plans to leave June 1, 2014 for the Benton MacKaye Trail we spent the next 5 1/2 months eating, sleeping, and breathing anything camping/hiking/backpacking related. Countless YouTube videos, gear reviews, forums, and lots and lot of money spent on gear. We told everyone we knew and even the folks we didn’t. The BMT became all we would talk about. So we did it and we kicked ass. Granted, it was just one month, but we knocked it out like it was nothing! I mean, don’t get me wrong.. We experienced it all. Bugs, rain for days at a time, some of the worst physical pain I’ve ever had, etc. The good things too though! Trail magic, meeting incredible people, hitchhiking, and all the reasons that led me to this posting this.

I don’t think it took us even a week on the trail to decide our plans for 2015. Our focus had shifted gears. We were no longer hiking the BMT just to enjoy a month off in the woods (which we did thoroughly!). We were TRAINING. All of our talk became about the AT. “Hey, maybe next time we’ll do this!” or “We can this instead of that next time.” We had unknowingly planned a 30 day prep and shakedown hike for the AT. Lucky us! When we realized how the pieces of the puzzle were falling in to place we became more and more excited each day on the BMT. Anyone we met from then on heard how we were out prepping for our AT hike. So, June 30, 2014 Colton and I are standing at the bridge over Big Creek on the northeastern side of the Great Smoky Mountains National Park. We had walked nearly 300 miles to get here. As we start the walk across the bridge to end our journey Colton said, “Dude, this isn’t just the end of this trail. Ahead of us are lives full of adventures, exploring, interactions, and experiences to be had. This is just the beginning!”

3 months later and I’m writing my first blog post. I’ve upgraded gear, started training mentally and physically, and I’m on my way. This time next year I’ll be an Appalachian Trail thru-hiker, sitting on the coast of Maine, eating Lobster Bisque at a bed and breakfast!