Lions and Felons and Bears, Oh my!

We arrived at Elk Park, NC on Wednesday June 10th and decided to walk an extra .3 of a mile down the road to the Mountain Harbor Hostel/B&B. It was such a short distance to go for a real bed, a hot shower and a good meal–priceless, actually. 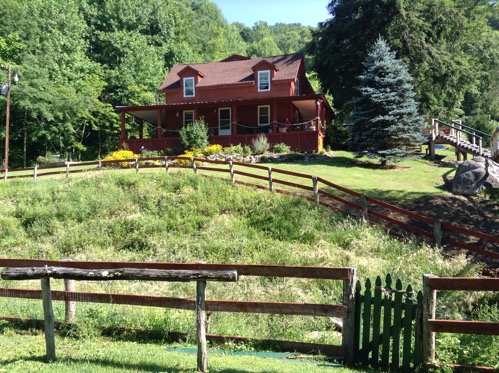 In the morning, we had a delicious home cooked breakfast in the B&B next to the hostel where we had spent the previous night. The breakfast was huge–and it was so nice to sit down at a table with knives and forks and napkins instead of ripping open a package of nuts with our teeth and pouring them down our throats! 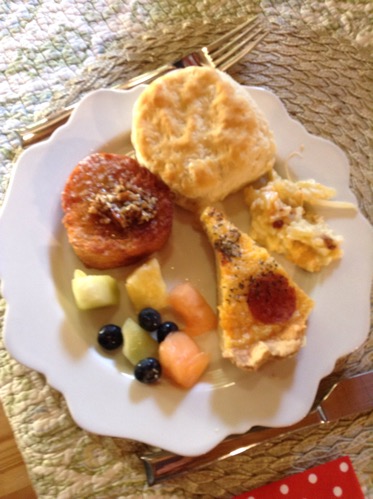 As nice as all those amenities were, I was eager to get back on the trail to see what the next section had in store. Within five minutes of starting, though, I wanted to go running back to the hostel and curl up in my bed!

With all the fiddling around we did before leaving, we didn’t get on the trail until nearly 11:00. By that time, it was already skin blistering hot. To add insult to injury, the hike began by going straight up a hill along a very narrow path through tall, sticky grass. It was a hot, humid and miserable climb. Most of the time, we can think of something positive to say about our day –like, “at least it isn’t raining” or “at least there aren’t any bugs”, but today, all we could come up with was, “at least it isn’t full of poison ivy! That’s how miserable it was!

Eventually, though, we left the high grasses and the baking sun behind when the trail headed back into the woods. What a relief it was to be in the shade! Our happiness, however, was short-lived. The trail ambled along the river, which was very pleasant, but eventually, the trail turned to mud, lots of mud, miles of mud. It was a slippy, slidey mess of a trail that only a pig would have found happiness in! 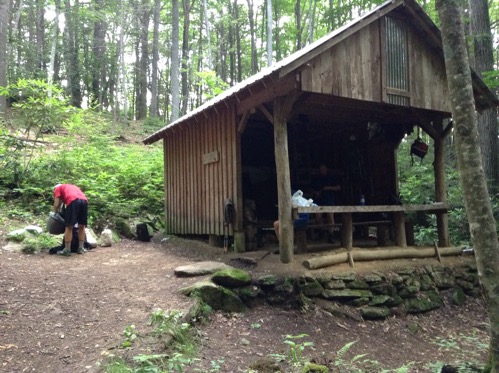 When we finally got to a shelter at about 4:30, we were both really, really hungry. Our plan was to just cook our dinner and move on, but the news on TV this morning at the hostel said that two convicts had escaped from prison in New York. No worries, right? But the news on the trail was that one of those escapees had family members in the area and the convicts were hiding where we were now hiking! Based on that scary bit of information, Backfire and I decided to stay at the shelter rather than move on and camp alone. There were several other hikers who were planning on staying–plus a German Shepherd! Safety in numbers we thought–and a dog to boot! What could go wrong? As it turns out, nothing. The rumors were all hogwash and I have no idea how they got started, but it was unsettling while it lasted and it influenced our decision to shorten our day. 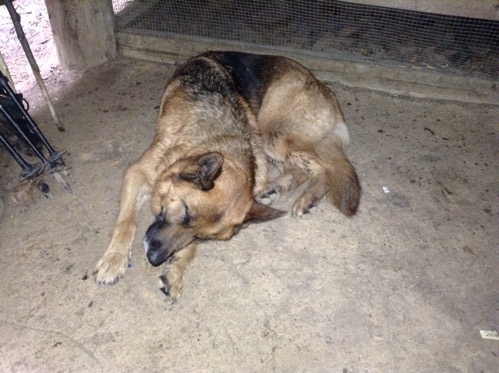 On Saturday, it was the bears we had to worry about. One of the shelters, where we would have stayed, was closed due to “bear activity” in the area. So, there was no staying in the shelter and there was no camping for two miles either side of the shelter. (I wonder if the bears know they’re supposed to stop bothering people after the two mile mark…hmmm). 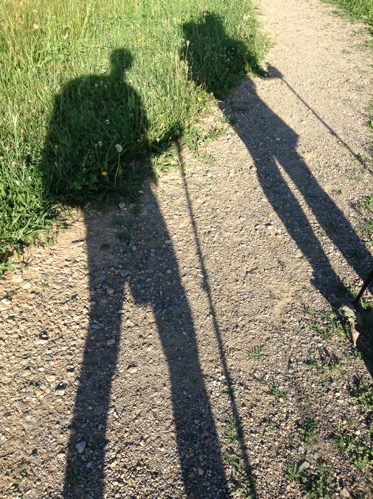 Mere shadows of our former selves!

We had to walk longer than we would have liked, but eventually, we found a place to put up our tent (We found out later from another hiker that he had spotted a bear about  1/4 mile south of our campsite! I guess bears don’t read the ‘No Tresspassing’ signs!).

The title of this blog is Lions and Felons and Bears–Oh my! I’ve covered the felons. I’ve covered the bears. So, the lion part, although it’s a stretch, was our hike into Damascus. The lion, in some cultures, is the symbol of “courage and strength in overcoming difficulties”. We showed strength and overcame difficulties by hiking 21 miles into Damascus yesterday! Our longest day ever! Oh my! 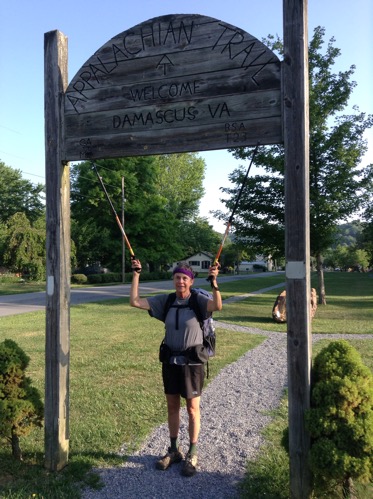 Twenty -one mile day into Damascus!