Me and the AT: We’re Getting Serious

For my three-month anniversary of hiking the AT, I decided to splurge on an evening of indoor plumbing. Okay, that’s not entirely true: I decided to stay in a hotel first, and then justified the $83 price tag when I realized that I’d be waking up in a queen-sized bed with access to running water on October 1st. As I summitted the Big K on July 1st, it appeared important.

Side note: When the hotel clerk asks you four times if you’re sure you don’t care that the only room available – “really Miss, are you completely positive a smoking room is okay?” – he is not repeating himself because he has a traumatic brain injury. He’s asking because he has been in a smoking room, and knows just how absolutely fucking disgusting years and years of Winstons wafting into the wainscoting can be. But I digress. 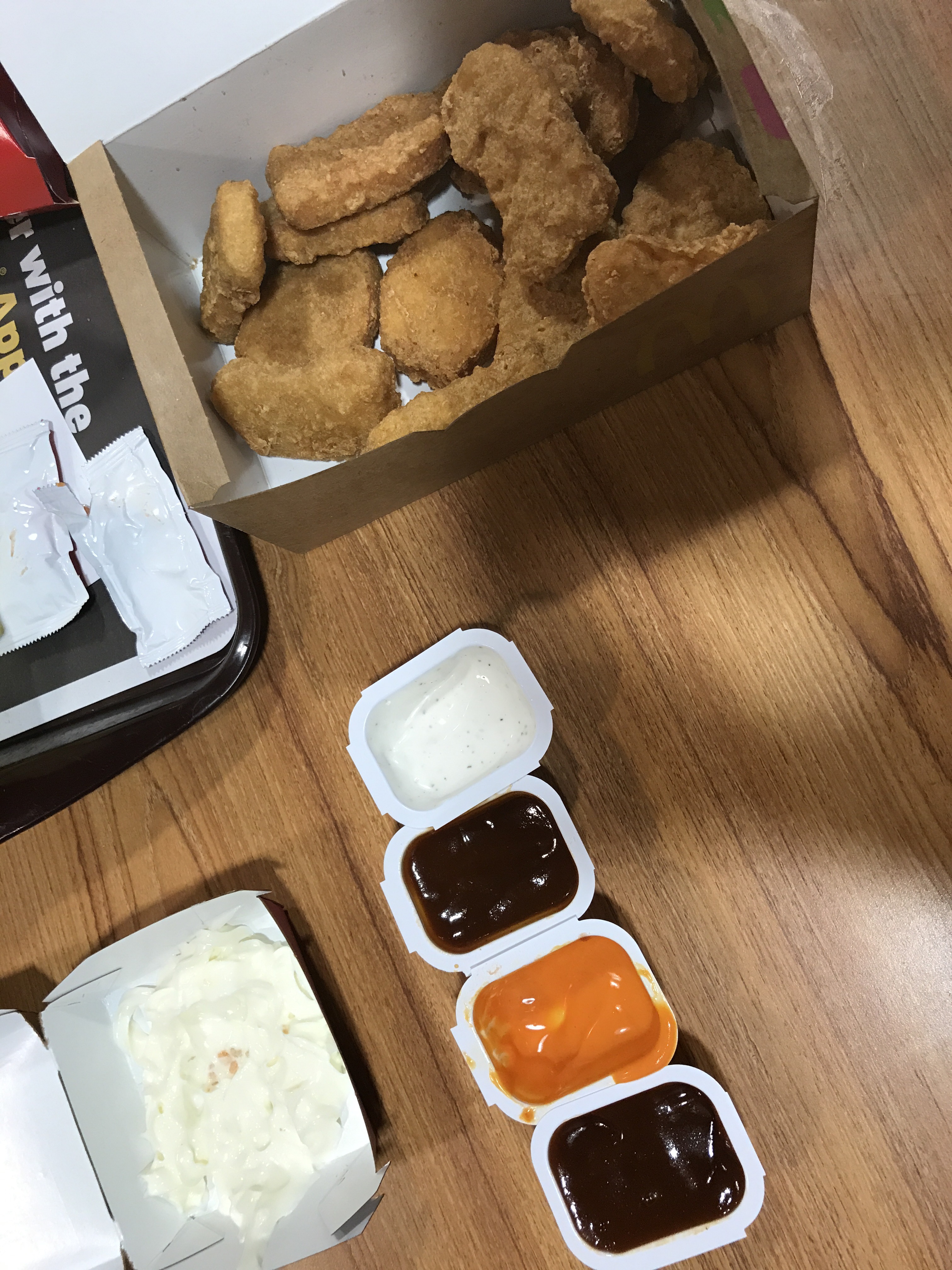 As I sat, as is my wont in hotel rooms, eating good bad food and watching Catfish (How is this show still on? When will all you people LEARN?), I realized that being committed to something for three months solid is legit. Think about any relationship you’ve had. Three months of dating means four to six months of connaissance, chatter, kissing, caressing, a serious conversation or two, and finally settling into a rhythm and routine of togetherness. As my actual breathing boyfriend is far away, and I’m not a cheating scoundrel (at least not in this relationship…ahh, true love!), it dawned on me that the last 92 days of my life have been largely involved with cultivating a semi-one-sided relationship with a really long footpath. 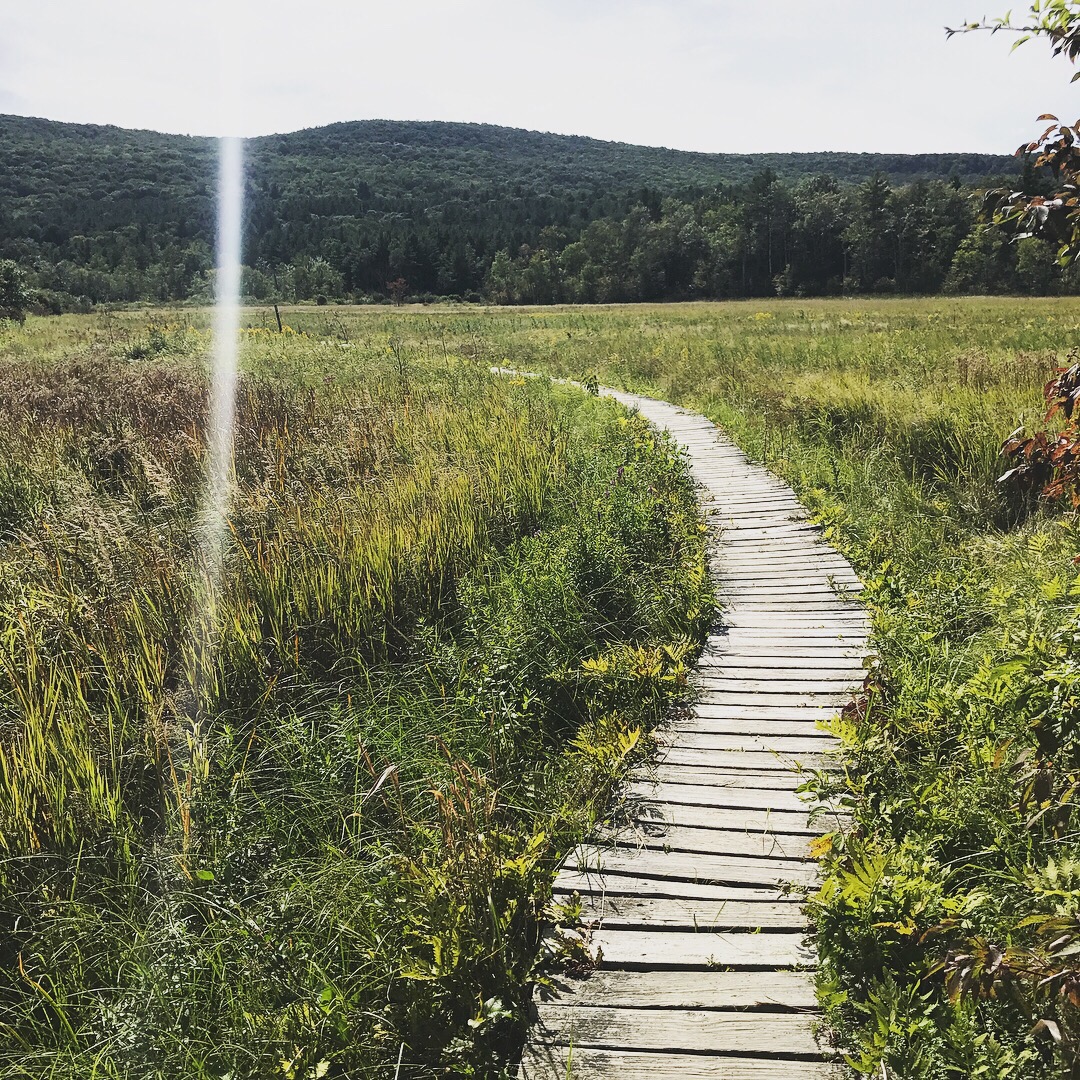 (For those of you who were curious, the online personality was not a straight 28-year-old man, but a bisexual 21-year old female. Another Catfish in the bag for Nev and Max.)

Wherein Metaphors Are Mixed, and Hiking is Discussed Fondly

Before you set foot on Katahdin (or, if you’re basic, Springer) to begin your thru-hike, you indubitably flirt with many other ideas for grandiose, life-affirming excursions in which you should engage. Should you go west, like Cheryl Strayed in Wild? Venture east, like Leonardo DiCaprio in The Beach? That movie didn’t end well. It’s that pre-serious period of a relationship wherein you know you’re drawn to an individual, but, for various reasons – you’ve got mad options and don’t want to settle down; the person you like plays juvenile card games and you don’t know if you’ll be able to transcend such foolishness – you’re just not sure if selection would be wise.

But then something happens. Maybe the other guy you’ve been eyeing turns out to have a girlfriend or a boyfriend or a teeny peeny. You realize it’s too fucking hot on the PCT. Spending six months in Southeast Asia hostel-hopping and beach-bumming is even more self-indulgent than thru-hiking. Plus, you have a connection, albeit romanticized, with the object of your affection. You picture yourselves hand in hand in an oyster bar, sipping champagne and rubbing crotches under wobbly Williamsburg tables, droplets of condensation careening down your bare legs. Giggles. Sunsets over Macafee Knob. Leg muscles. Droplets of urine careening down your bare thighs. The jealousy of others when they see how happy you are. The jealousy of others when they see how toned you are. 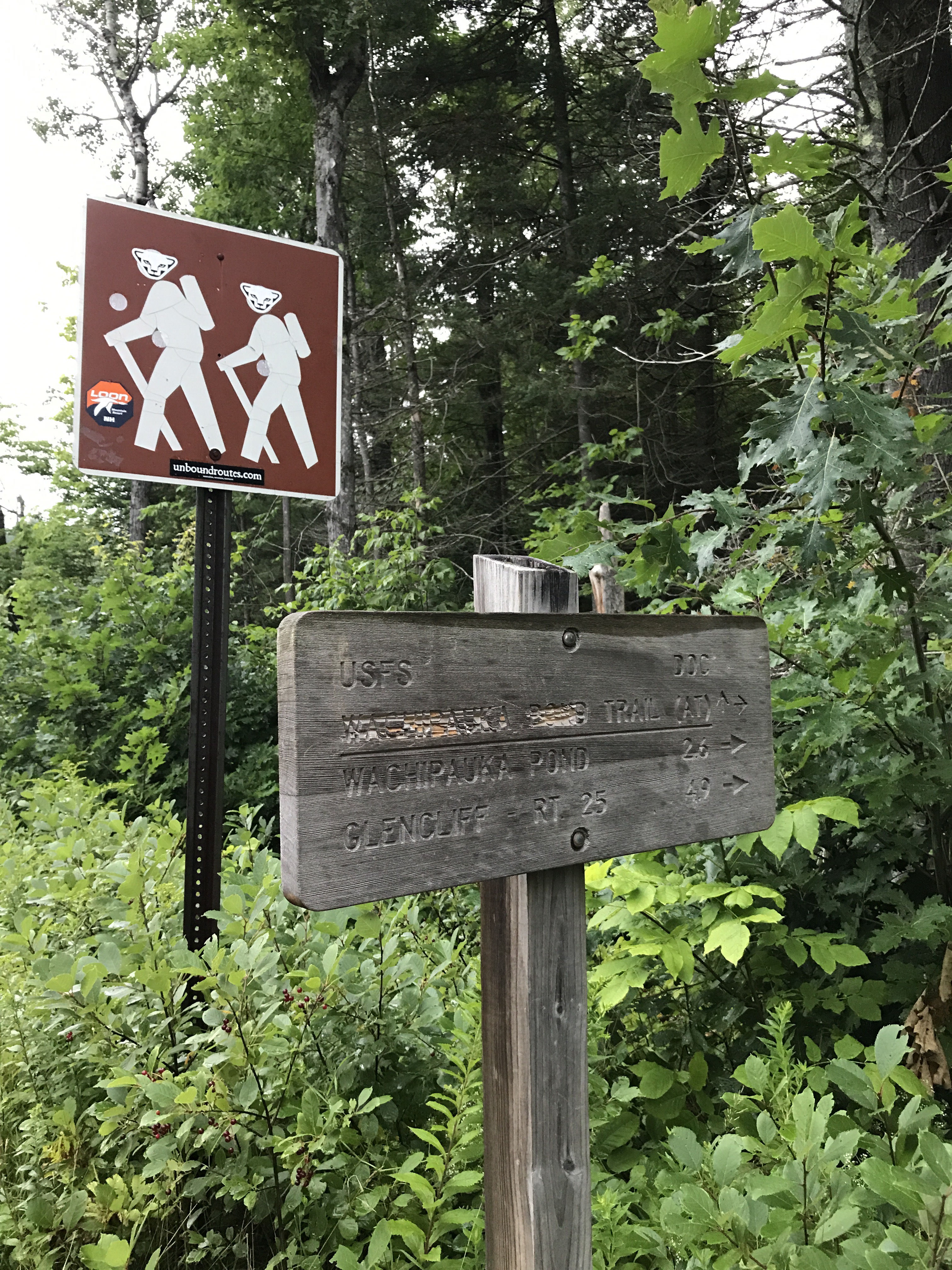 The planning phase would be akin to the frustrating few weeks during which you’re actively Not In A Relationship. You’ve had sex with one another multiple times, you’ve deleted old flames from your Recent Contacts, and you’ve bought your bus ticket to Bangor. But what are we?

You read articles online. You buy a backpack. Even though it’s not technically cuffing season, you realize, after a few days and many conversations with friends, that a decision has been made. Ambiguity dissipates when the zero mile is breached and you start hiking. 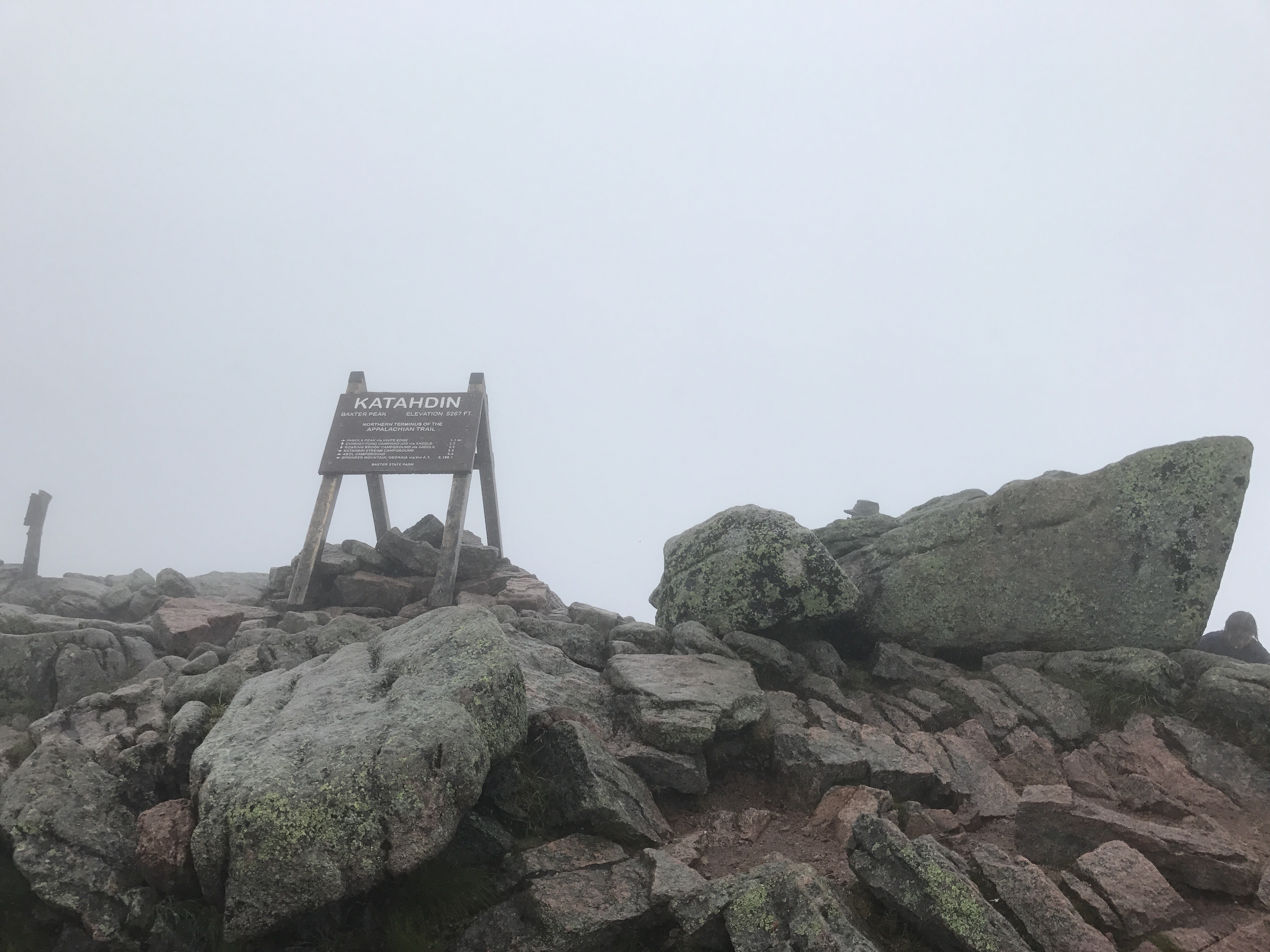 You are now exclusive. 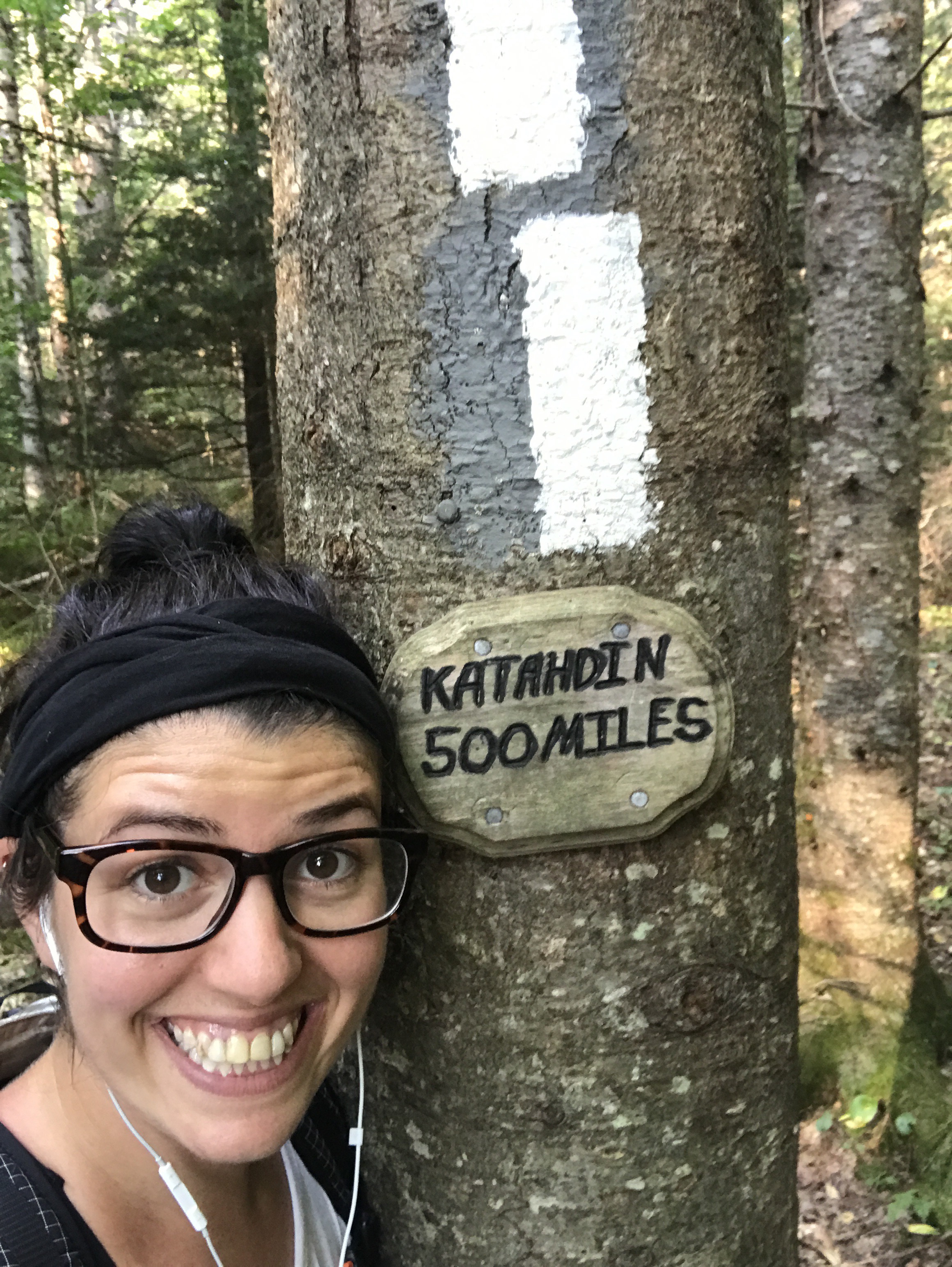 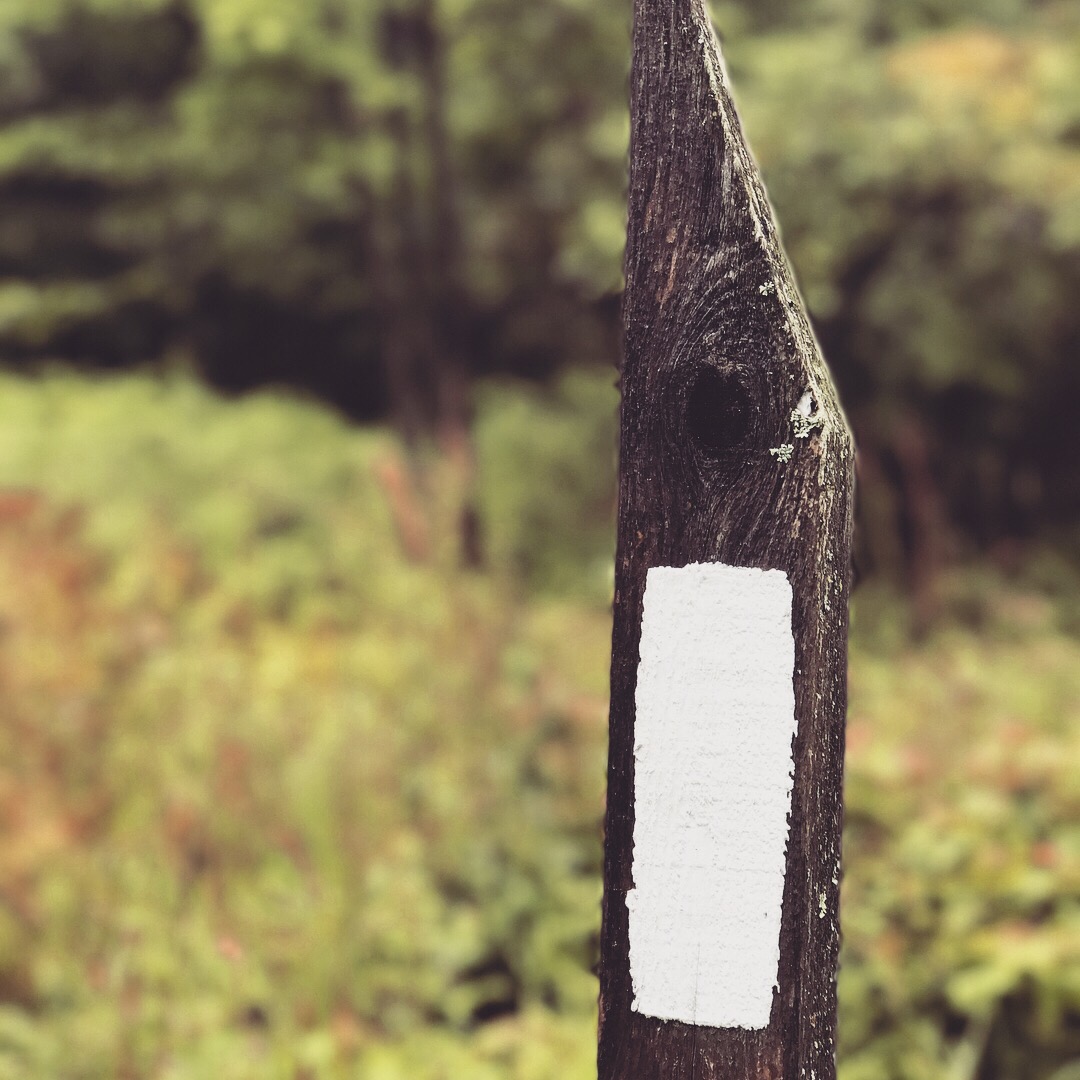 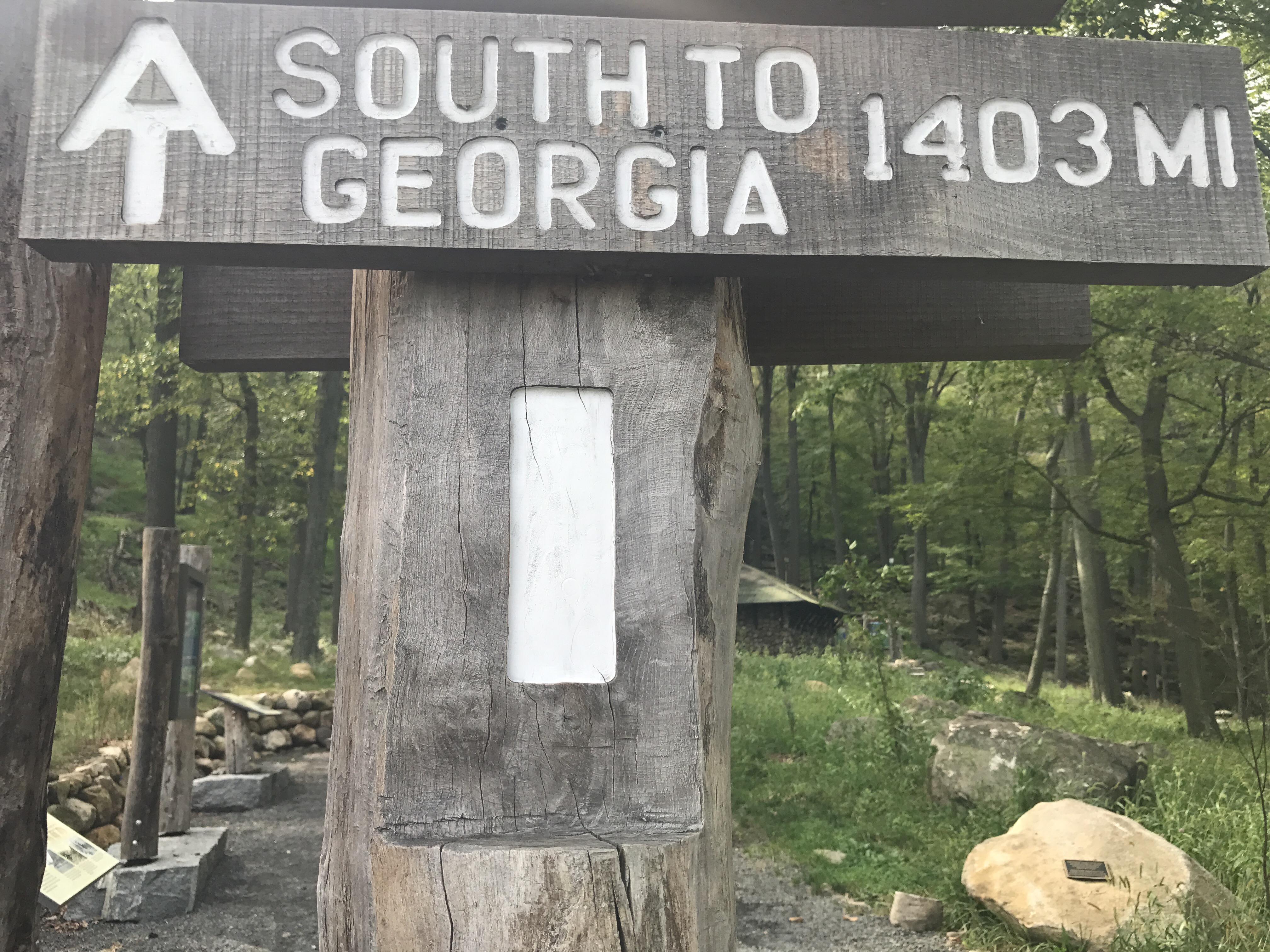 You’ll have a few fights, of course. Andover, Maine, is a sad place, and you wish you didn’t know that there are places in America where the vegetable section of the store contains macaroni salad. And Baldpate Mountain? DANGEROUS. In a blanket of fog with slick rocks on my birthday, of all days?

The Mahoosuc Notch would be the night when your significant other finally cooks you that lavish dinner they’ve been talking up for ages. They’ve taken classes at the French Culinary Institute downtown, they tell you, and you’re going to be blown away by the Burgundy duck they can cook. In retrospect, you’ll realize that anyone who talks about his coq au vin that much is overcompensating. The duck is dry. The sex that night is underwhelming. The Mahoosuc Notch is chicken breast. Yawn. 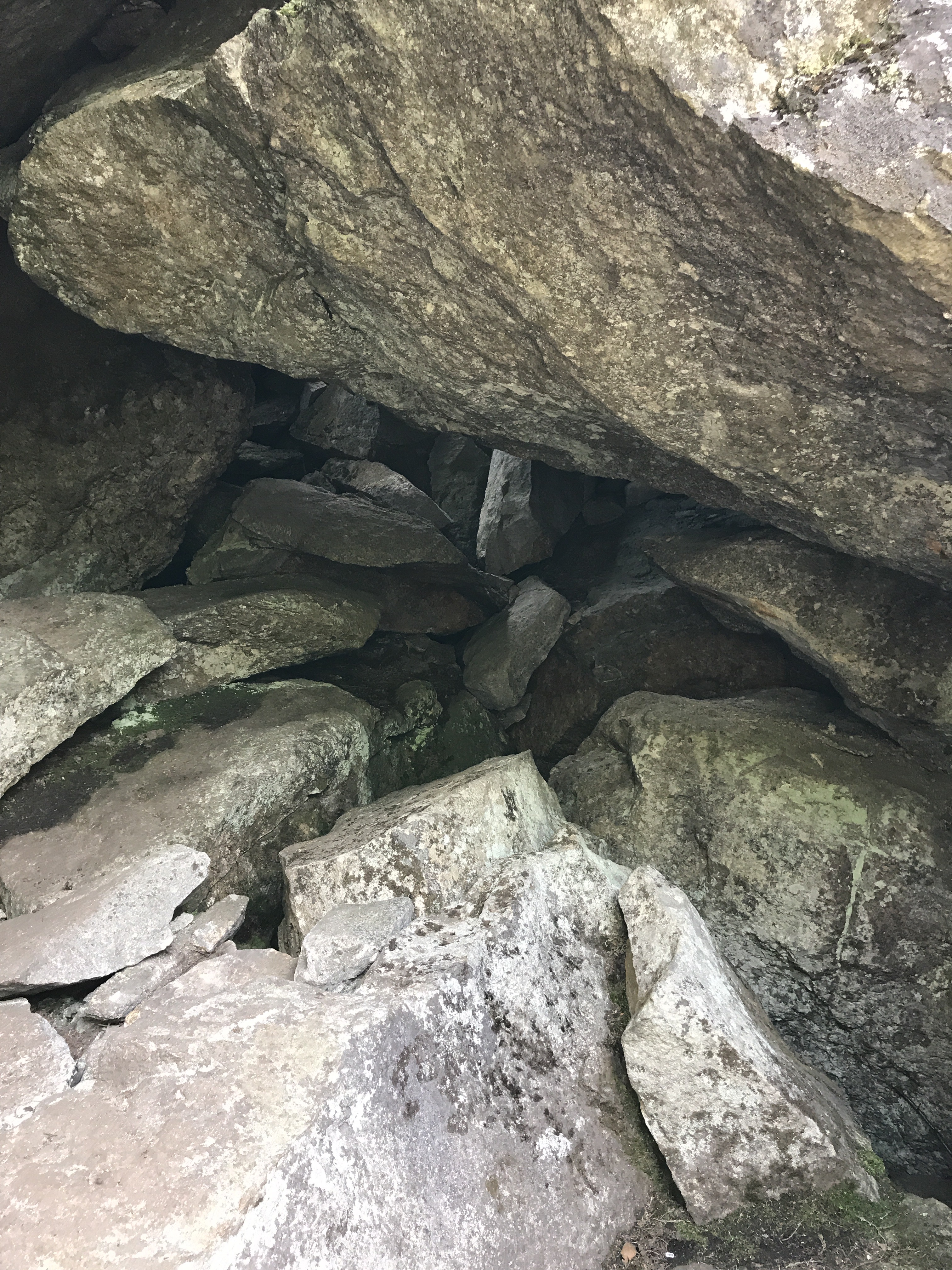 New Hampshire is where you have an indiscretion, the on-trail equivalent of drunkenly grinding on a stranger in a club during a girl’s night out. A month isn’t anything, you’ll think, and there are 95 MPH winds. Yellow-blaze it up, baby! The Presidentials will be there in the spring. Little do you know how this 26-mile transgression will have you paying penance for the remainder of your relationship, as it were. 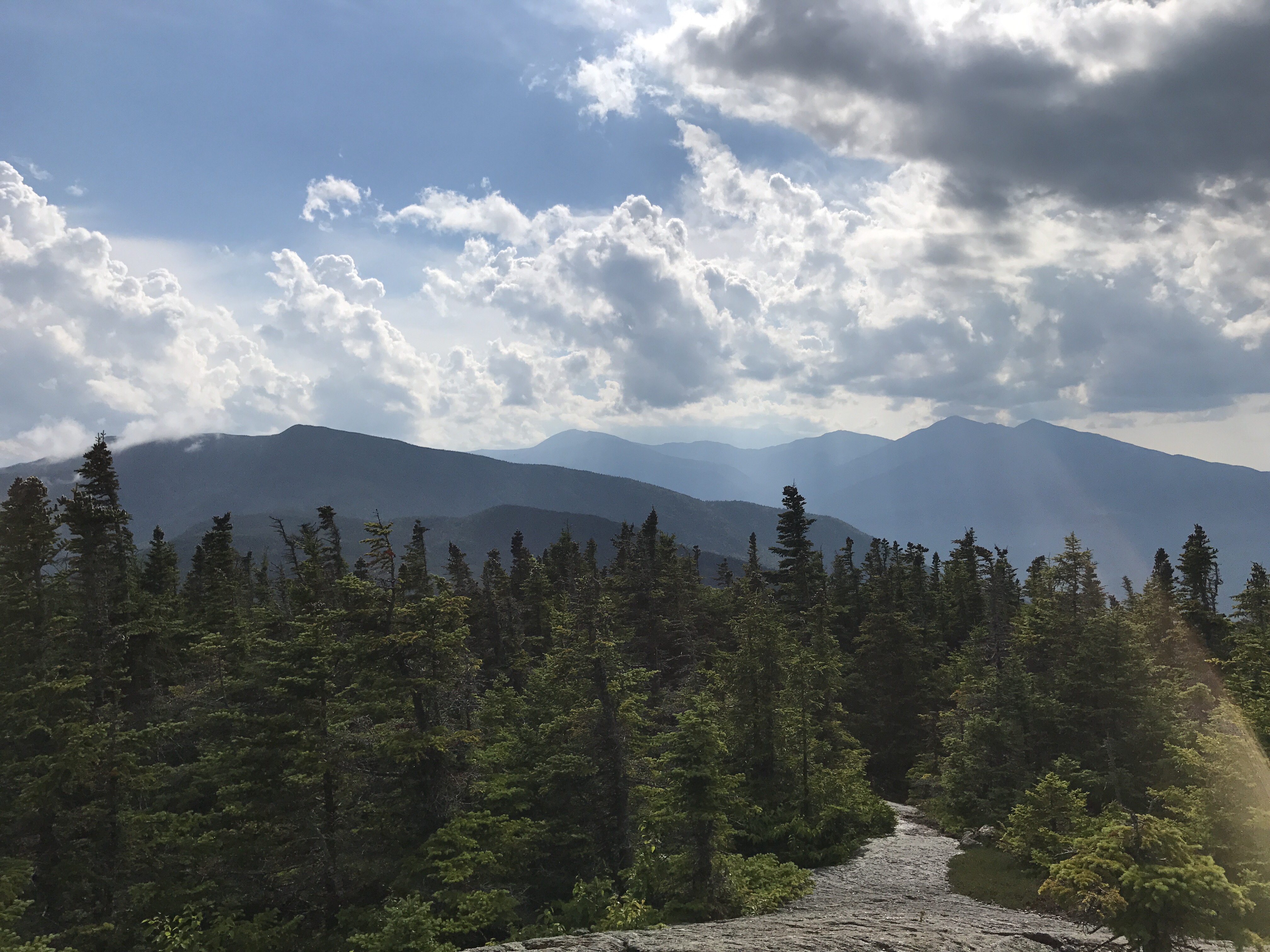 The next month and a half blow by in a flurry of fear, frustration, and phenomenal moments.

Vermont, when you realize all the tattoos are just a hard exterior for a person who wants to be loved like anyone else. It was the Killington switchbacks that gave you away! 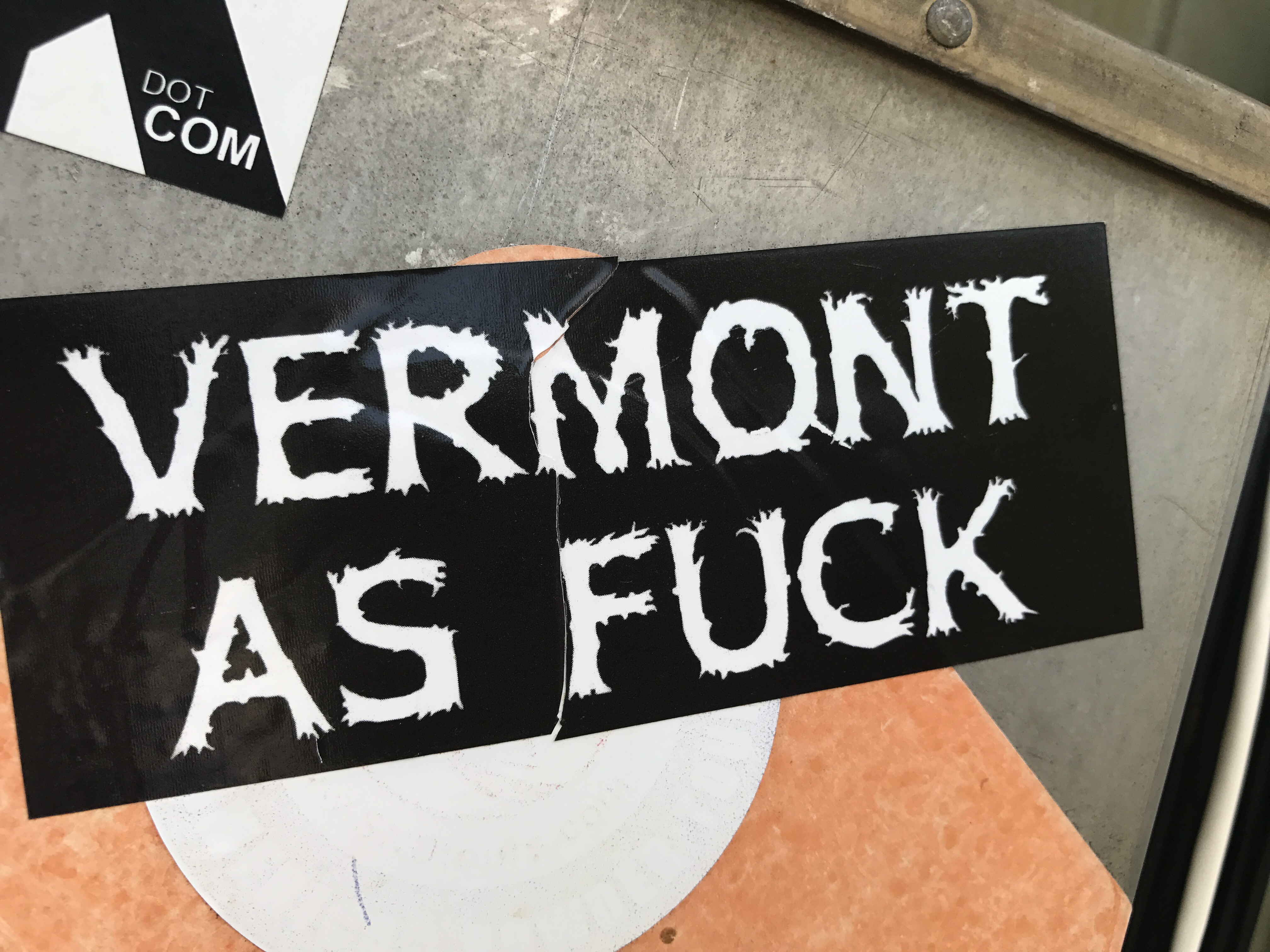 Massachusetts, when you’re allowed to pick the restaurant every night for five days straight. 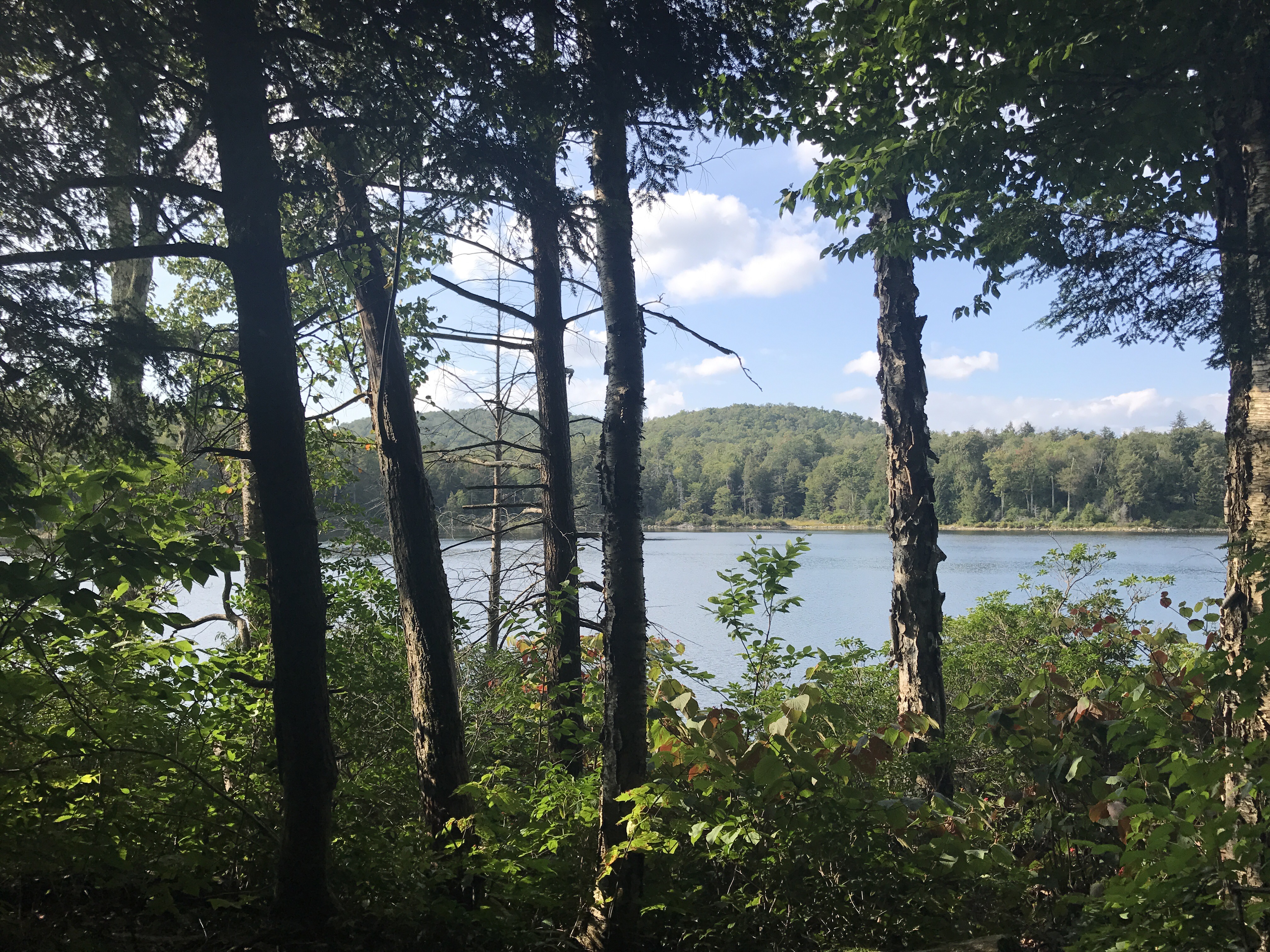 Connecticut begets a rough patch. No one ever mentioned this! This is hard. You want to cry for no reason, and there is a lot of rain. It’s like finding out your current paramour has an ex who is way hotter than you and volunteers with homeless children. Connecticut is mercifully short though; that ex has poor grammar and never calls her grandparents. 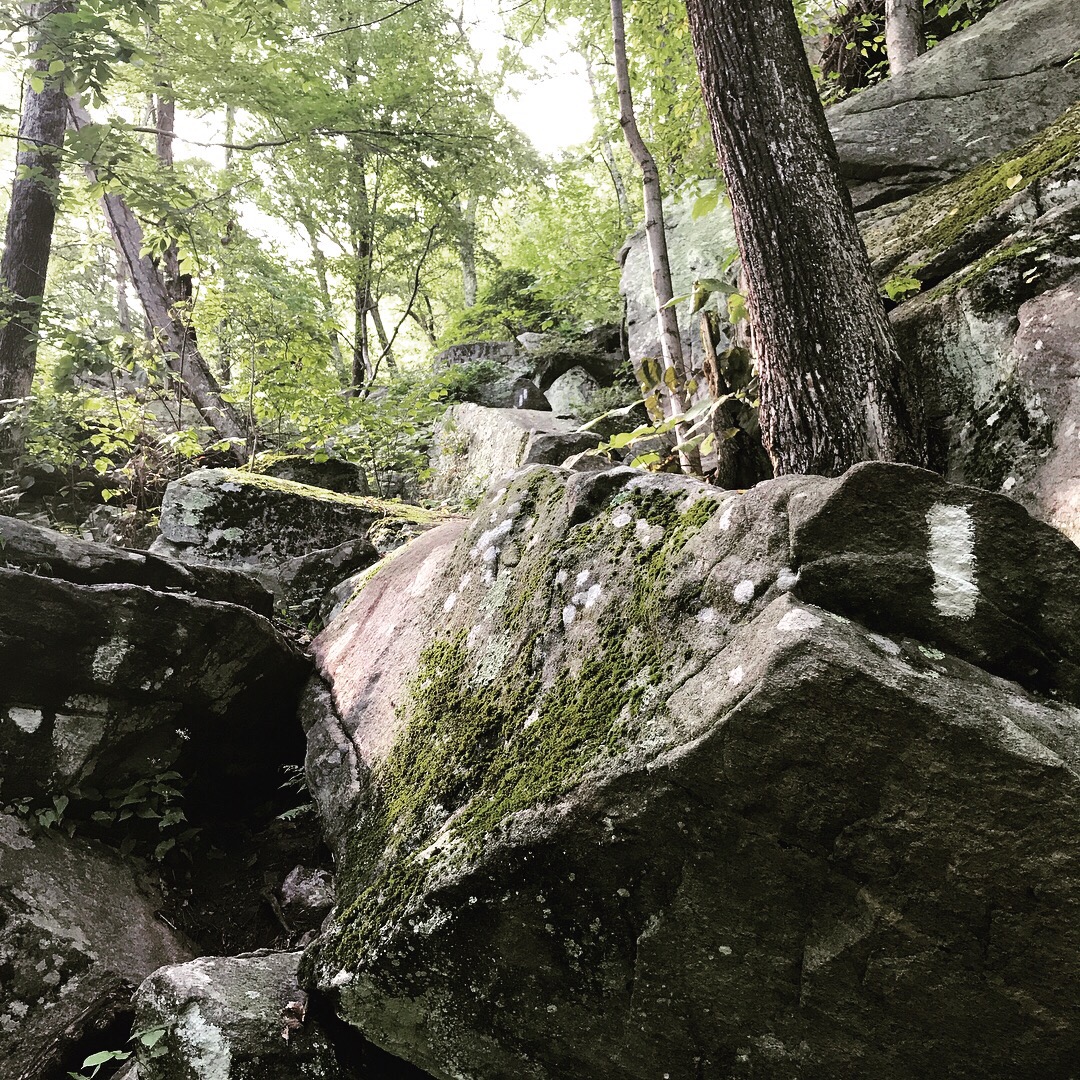 New York and New Jersey, true to their qualifiers, feel different somehow. You feel more comfortable, and that weird feeling in your stomach when you only do 12 miles goes away because you know you’ll hike more tomorrow. 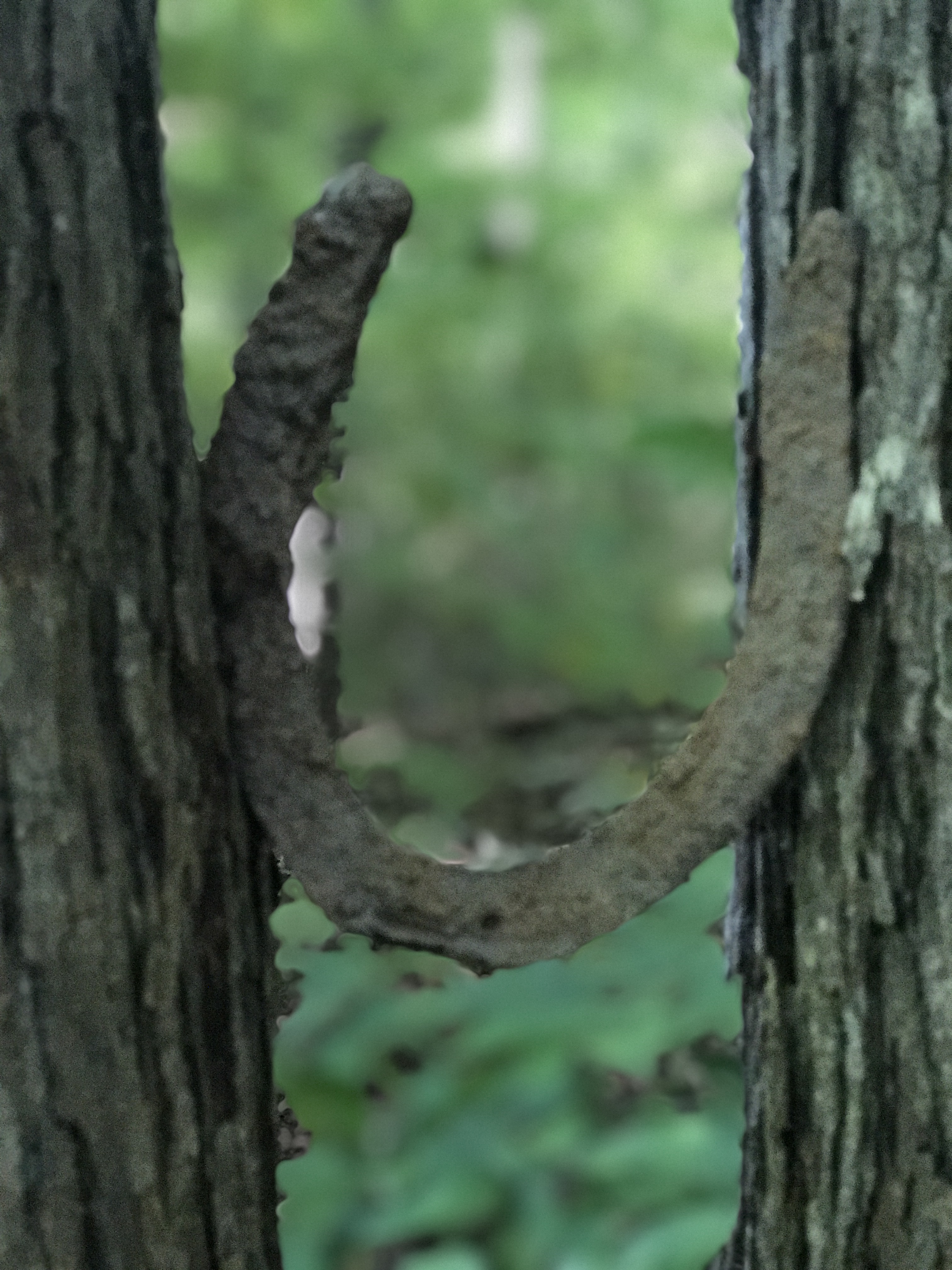 Crossing over the Delaware River into DWG on a blazing afternoon, the sun is merciless and there is no tree cover. Cars and trucks careen by on the interstate, whipping up air and causing your trekking poles to waver and scratch on the concrete. This is the eighth state, and marks a shift. This doesn’t feel tenuous any more. There’s no danger of meeting someone else right now; I know that, short of injury, I won’t be tempted to hitch into the nearest city and grab a Greyhound to Grand Central.

The trail is long, but in the tumult of perpetual similarity is the nuance of singularity in specific moments: A bug, a flower, a view, a breeze, a sound – acorns on a shelter roof – that once was frightening but now melts into the backdrop of the wild. 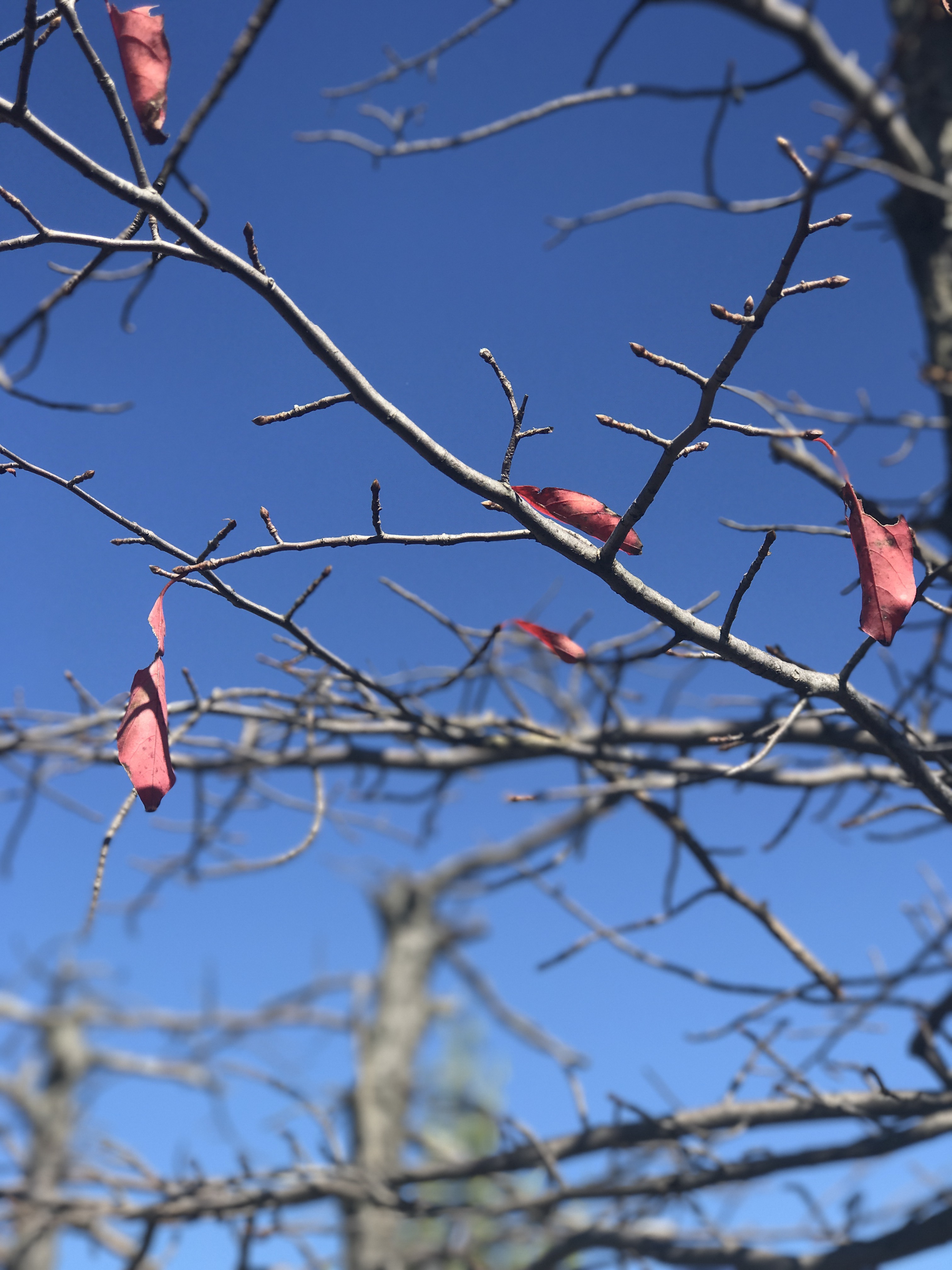