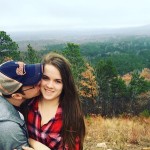 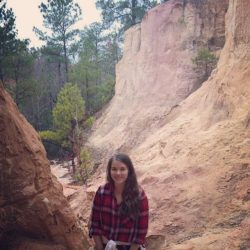 Hello! I’m Cieria (pronounced Sierra) and I’m thru hiking the Appalachian Trail with my fiance, Michael, and our two pups, Zara, the Siberian Husky, and Leo, the terrier mix, starting in March 2018. I’m a 22 year old, who just graduated with my Bachelor’s degree in Spanish, but I’m going back to finish out my Criminal Justice degree too. I’m a 911 dispatcher and a server who loves to hike and be outside with my pups.

To start with, I’ll give you a little back story about how our little rag-tag group came to be and why we decided to up and leave our normal, boring lives with adult responsibilities and hike for six months. To be fair, we’re taking our two biggest and furriest responsibilities with us. We couldn’t stand to leave them for that long and most people won’t want to take care of two bratheads for months at a time. 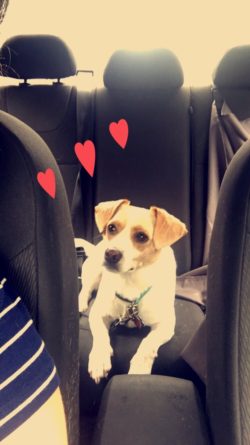 Leo was the first addition to the family unit. I was in my second year of college and I had just moved into an apartment by myself. I was living alone and decided  that I needed a puppy. My parents had also just moved into a new house. At their new house, a little white and tan mutt wouldn’t leave their yard. The neighbors said that the last residents of the house left him behind when they moved. My parents couldn’t keep him with their other dog and a new baby, so they were going to take him to the shelter. I immediately decided that it was fate and I took him in. Leo and I were attached at the hip (If you’ve seen The Secret Life of Pets, that movie was definitely based on me and Leo). We did everything together. We went on walks around campus, played at the dog park, and went on play dates with my friends and their dogs. We even survived getting him fixed and discovered all of his allergies (beef, chicken, and gluten). Six months later, we moved in with my best friend, Anna, and six months after that (two days after the hell of finals week), we became proud parents to Zara. 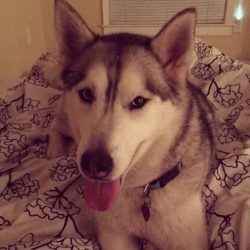 Zara was being re-homed by a friend of Anna’s sister-in-law. They couldn’t keep her because she was too high maintenance and required more upkeep than they were prepared for (Running at the park everyday and lots of brushing cured that). Zara (or Maya, has she was originally called) was a year old when Anna and I became co-parents to her. She had only ever lived outside, was toy and dog aggressive, and not really house trained, but extremely smart and high energy. Apartment living was a big adjustment for her, but after a few successful escape attempts (and running about 40 miles total on my part to catch her), she learned to like apartment living and the excessive amount of attention and snacks that she was getting. We’ve now fixed her aggressiveness toward dogs and cats (partially because Anna adopted Suki, the cat demon from hell), figured out that she doesn’t even like to play with toys, and she’s a pretty good leash walker. Zara is now a well-adjusted brathead like Leo (She’s laying in front of her own personal mini fan as we speak).

Adding Michael to the Mix 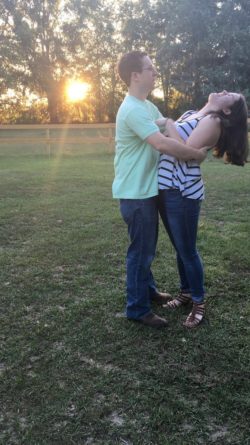 Michael came into the picture almost a year after we adopted Zara. We started dating and he fell in love with the pups (and me, of course). We got engaged 7 months later and now we (Michael, Leo, Zara, and I) live under the same roof in our own little (rental) house. Michael is a 23 year old Criminal Justice major, who is graduating in December with his Associate’s degree. We’re hiking before he goes back to finish his Bachelor’s. He works at a bookstore and is an amazing uncle to his two nephews and a great (almost) brother-in-law to my two little sisters. He happily helps with all the work that goes into spoiling two pups and rolls with all the drama and excitement that usually surrounds my extremely large family. He’s the logic and calmness to all my craziness and spontaneous plans.

My love of the outdoors is very recent. I used to hate being outside and away from my books when I was younger, but being outside all the time with my dogs and figuring out how much I love hiking changed that. Michael is an Eagle Scout who has always liked being outside. He hiked the Grand Canyon and numerous trails in Georgia with his troop. We decided to thru hike as sort of an extreme change from college and before we invest time into our careers. We want to travel more and see everything that we can. Thru hiking is a way to combine being outside, traveling, and spending time with the pups. It’s a win-win situation for everyone. Our eventual goal is to be successful Triple Crown Hikers, but we’re starting out slow and taking it one day at the time, starting with preparing for the Appalachian Trail.

Hey, my name is Cieria (pronounced Sierra), but everyone calls me Rera (Rare-ah) because my baby sister couldn't say my name correctly. I'm a native Floridian, but moved to Georgia a few years ago and am currently attending university for a double major of Spanish and Criminal Justice. My fiance and I graduate college in December and we're planning on thru hiking the Appalachian Trail starting in March 2018 with our two dogs, a Siberian Husky named Zara, and a terrier mix named Leo. Follow us on our thru hike with two wild hoodlum pups to see what craziness we encounter.