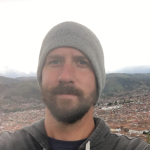 Mitigating the Mind Games to Come

I’ve always been good at getting purposefully distracted.  Maybe it’s making excuses at times, but mostly it’s striking bargains with myself in which I’m able to create some sort of cosmic balance within my own mind that ends with me feeling alright about certain decisions.  Sometimes it’s as arbitrary as justifying a night of drinking at the bar because there was a hockey game on.  Sometimes it’s sleeping in until noon as long as I do the dishes before work.  Sometimes it’s eating a family sized bag of Sour Patch Kids because I walked 30,000 steps yesterday.

It’s rarely based in good sense.  It rarely brings me to the correct conclusion.  But it’s as real a mental mechanism as any other I possess.  I sometimes fight it but sometimes just let it do it’s thing.  Let it’s powerful wave wash over me and helplessly draw me into the ocean of bad ideas.

So the first time I heard about hikers letting small things influence them off of the trail I immediately realized this is something I need to remain conscious of.  I knew it would be an ongoing chore to keep my excuse demon on a leash out there in the woods.  But then hearing examples of it happening to others really made me start analyzing this cerebral trickery and how I can remain less susceptible to it.

Through conversation and literature I’ve learned about a few of these instances of hikers quitting based on what seems like the tiniest thing.  Microscopic ideas can weasel their way into your brain and evolve into unignorable concerns, fears, and ultimately excuses.  Think about leaving for vacation and as the plane takes off the possibility strikes you that the garage door might have been left open.  Even if you know there’s less than a one percent chance, your brain will attach to this notion and not let go.  That one percent will grow until it’s difficult to enjoy your vacation as you picture all of your belongings pilfered and your garage burned to the ground.

The same thing that could happen to a vacation can happen to a hike.  An insignificant afterthought can put down its cute little roots in your neocortex and grow into a pipe bomb with the fuse lit, right in the middle of your imagination center.

For this reason I’ve taken extreme care in making sure all the metaphorical garage doors are closed.  If I get out in the mountains and realize I forgot to rehang the birdfeeder the way my wife had requested, who knows what my mind could do with that.  I could get nervous the feeder would fall three stories and hurt someone, or it was left in a position that made it dangerous for my wife to fill, or that my wife is angry that I neglected a simple request before my departure.  Knowing how my goofy imagination works, I’m meticulously battening down the hatches.

This last week has been an absolute blast.  I’ve seen family and friends that I love tremendously.  Invaluable conversations that I will hold dear the length of the AT.  But I’ve made some rules clear.  No “I miss you” and none of that “we are proud of you no matter what” talk.  I know my people miss me and I miss them immensely.  Anyone who attempts a thru-hike should be proud of themselves no matter what and their loved ones should be proud of them as well.

But I don’t want to hear it while I’m out there, is my point.  “We miss you” can turn into “We want you to come home” pretty quick when you’re hungry, and alone in a thunderstorm and your headlamp runs out of batteries.  There’s no telling what an isolated human brain can do when you mix it with time and hardship.

There’s no shame in closing out your thru-hike attempt prematurely.  Truly, anyone else would never receive an ounce of judgment from me.  But me personally.  I’ll have trouble forgiving myself if I throw in the towel because I allow my mind to play tricks on me.  Going into my hike fully aware that I’m sensitive to this type of psychological self-deception, feels like another preparatory step in combatting it when it matters.  Who knows, maybe my time out there will even help in fortifying some of these mental weaknesses that I claim.  Until then, if you miss me or love me, just tell me to keep going.  I’ll know what it means.