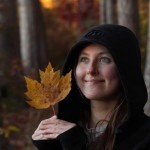 More than half way!

As with most of the posts on this site written by bloggers, I’ll start with an apology about MY LACK OF BLOGGING LATELY. I try to catch up on the other blogger’s posts when I am in town and am always grateful to see when a post starts with something like “I’m not dead, just overwhelmed by the idea of blogging,” because that is exactly how I feel! My relationship with social media out here has evolved and I am trying to be less on my phone more and more as the hike goes on. Enough excuses though… here are some quick updates on where I am at:

CURRENTLY: typing on the computer in the lobby of the Comfort Inn in Pine Grove, PA. YUP, I am in Pennsylvania and I am only a 4 hour and 20 min drive away from my sister’s front door. Isn’t that crazy!?

Mile Marker: I don’t have my book with me right now but I am somewhere around mile 1180. The last mile in CT is mile 1505 which means I am SO CLOSE to going home for a few days. I cannot wait!

Current Trail Family: Merry, Pippin, Goat Bar and Bayou. We are all really attached to one another and at this point have hiked more than 700 miles together… maybe even more.

Miles to Katahdin: 1,009-ish which sounds like alot but really is only about 8-10 more weeks of hiking.

Current comfortable average; 17-20 miles/day. Anything over 21 usually involves pain setting into the feet and extreme fatigue plus its over 11 hours of hiking in one day so we have been trying to keep a reasonable pace of 17-20.

To finish this quick and simple update, I am going to tell the story of the creepiest night I have had on the trail:

My trail family and I  sometimes hike different miles and meet up a few days later to make sure everyone’s needs are being met. If someone wants to pull up to camp early because of fatigue, we just text one another (if we have service) and if we don’t we try to stay in pairs to make sure everyone is safe. Goat Bar and I set a goal that morning to do a 25 mile day to catch up with Merry, Pippin and Bayou who had gone ahead the prior day. However, at about mile 16, we were hit with a torrential rain storm leaving us soaked. It stopped raining around mile 20 and we pulled up to a campsite to end our day. The campsite had a sign and a trail that apparently led to “an abandoned coal mining village that burned down in 1850” and for some reason we decided this was a very good place to spend the night. We set up our tents, hung a line to hang our wet clothes (although it starts raining again so they don’t dry at all) and got into my tent to watch Broad City on Goat Bar’s phone. Yes, we watch TV in the woods and we love every second of it.

Ok, we are watching TV and Goat Bar pauses the TV, looks at me and says “Do you hear that?” It is raining so the sounds outside are muffled but it sounds like women talking. I assumed it was some female hikers walking through but Goat Bar sticks his head out to verify the noise and then says to me “You’re not going to believe this.” A deer was eating my bra and making some really strange high pitch noise as she did so. A female version of the cookie monster “nom nom nom.” Goat Bar runs out of the tent and chases the sweet doe around as she chomps on my bra. Luckily, she dropped my bra which is great because it is the only one I carry out here. We wait a few minutes and she comes BACK and steals my shorts off the line. Again, he chases her around the campsite and she drops the shorts but both pieces of clothing have bite marks and are covered in grass curd from the does’s mouth. We decide to put all of our soaked clothes into the tent in some ziplock bags and deal with the situation when the rain stops.

Ok, back into the tent to hide from the rain and watch TV. We put on Broad City and both of us fall asleep. FAST FORWARD to 11 pm when I am awoken by a blood curdling scream. Goat Bar is next to me screaming like I have never heard someone scream. Because he has a deep voice, I guess it would be classified as a yell but because it was so fear-induced, I am describing it as a scream. I shoot up, my heart is racing and I am asking him over and over again what he is screaming at but he isn’t responding and continues to scream and has backed himself into the back of the tent and is facing the door. In my head, I think he is either having a horrible dream or someone is trying to get into the tent. My biggest fear out here is being attacked in my tent by some creepy person in the woods which is why we have all become accustomed to sharing tents. One night, we piled five of us into one tent because we were too lazy to set up multiples in the rain. He finally stops screaming and explains that he was awoken to the sound of something breathing in his ear and the overwhelming feeling that something large was standing right outside of our tent. Creepy-I know. We are both so spooked and it is still raining so it is making it hard to hear what is going on outside. Both of us are in fight or flight mode. We then hear something barreling through the woods-something loud but can’t see what it is. I didn’t think either of us would be able to fall asleep again but we did and were re-awoken at 4 am to the sound of snorting outside our tent. At this point though, we were both too exhausted to care and I was actually happy to hear the sound of an animal because I am much more scared of humans than animals out here.

Ok, fast forward to 8 am. We wake up and recap how we were both thinking in the middle of the night after the screaming incident how creepy the woods felt. I revealed I kept waiting to here the cackle of a witch or the laugh of a human and Goat Bar revealed that he was thinking the SAME thing. We look in the logbook of the campsite and see that someone had written that two days prior they had woken up to a giant bear two feet away from his tent and that it sounded like “the rhino in Jumanji,” which is how I would describe the sounds we were hearing outside of our tent. We were both relieved that someone else had experienced something strange here and we weren’t imagining things.

FAST FORWARD: We are hiking down the trail after leaving camp and are no more than half a mile from where we camped when we see a sign that is for “sand spring trail.” Goat Bar looks at his AT app to see what this trail is all about and someone had written that this trail was the site of the “fraud/murder by the blue-eyed six.” OF COURSE, it all makes sense. We stayed a 1/2 mile away from a murder site and a abandoned coal-mining village. No wonder we had an awful night….

You can google “the blue-eyed six” and see what I am talking about.

Additionally, it turns out that Merry, Pippin and Bayou were only a few miles ahead of us and awoke to a fresh bouquet of flowers placed between their tents. None of them heard anyone outside all night or saw any other hikers that day, and yet…. they woke up to something creepy as well.  These woods were DEFINITELY haunted.

OVERALL, nights like this are few and far in between. I almost always feel safe out here, but this night did make for a good story.

Ok, it is time for me to leave the comforts of the Comfort Inn and go hike. I gotta make it to Katadhin, but if I could do this whole thru hike thing over again… I would start earlier in the year to give myself more time to relax. If  there is one thing I have become comfortable with out here, it is my identity as a woman who loves to lay in dirty motel rooms and eat Mcdonald’s.

Howda! My name is Carolyn Burman and I am an AT Nobo thru-hiker hopeful beginning my sojourn on April 15, 2017. My dream to hike the Appalachian Trail began two years ago when I became utterly and over-the-top obsessed with the idea of hiking from Georgia to Maine. For whatever reason, walking from Georgia to my home of New England was exactly the kind of insanity I had been yearning for. In the beginning of my planning, I researched what it would take to rescue a Chihuahua puppy to raise as my hiking companion on the trail, strapping it to the front of my pack like a newborn baby. Unfortunately, after several hours of research on the importance of keeping your pack light, the dream of the Chihuahua faded, but my dream of hiking the AT remained! Anyways, I look forward to sleeping on the earth every night and feeling no guilt about the junk food I will be consuming along the way. Onward and Upward!