Heather “Anish” Anderson’s latest book, Mud Rocks, Blazes: Letting Go on the Appalachian Trail is available for purchase on March 1, 2021. Win a free copy by telling us in the comments why you want to read the book (contest details at the bottom of this post).

Falling Down, Getting Back Up

Heather sat down in the middle of the trail and thought to herself, “I really am incapable.” Tears streaming down her face and blood running down her legs from cuts, she contended with the possibility of failure. It’s a feeling we’ve all experienced, long-distance backpacker or not. Everything’s going wrong, you’re tired, frustrated, probably hungry, and the three-year-old child inside you attempts to take over and force you to give up.

The difference is, Heather isn’t on just any hike. She’s attempting to set the speed record for a self-supported thru-hike of the Appalachian Trail—2189 miles from Maine to Georgia. 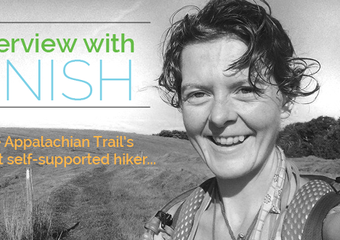 Interview with Heather "Anish" Anderson“Every inch of the forest on the AT is crawling or scampering or walking or slithering… there’s always something going on.” Heather ‘Anish’ Anderson is the only person – man or woman – to simultaneously hold a self-supported fastest known…Read More

Known in the hiking community as an FKT, or fastest known time, speed records of the world’s long trails are inhabited by a small group of endurance athletes. It’s a choice, to intentionally speed through some of the world’s most beautiful places, that many nature enthusiasts don’t understand. But it’s one Heather Anderson finds herself making over and over again.

That day on the trail, Heather stared failure in the face and forced herself to keep walking. “Get up,” she told herself one week after stepping off Mount Katahdin, the northern terminus of the Appalachian Trail. It’s a feat of endurance that she is destined to repeat over and over again during the 54 days she spent setting the self-supported FKT of the Appalachian Trail in 2015. 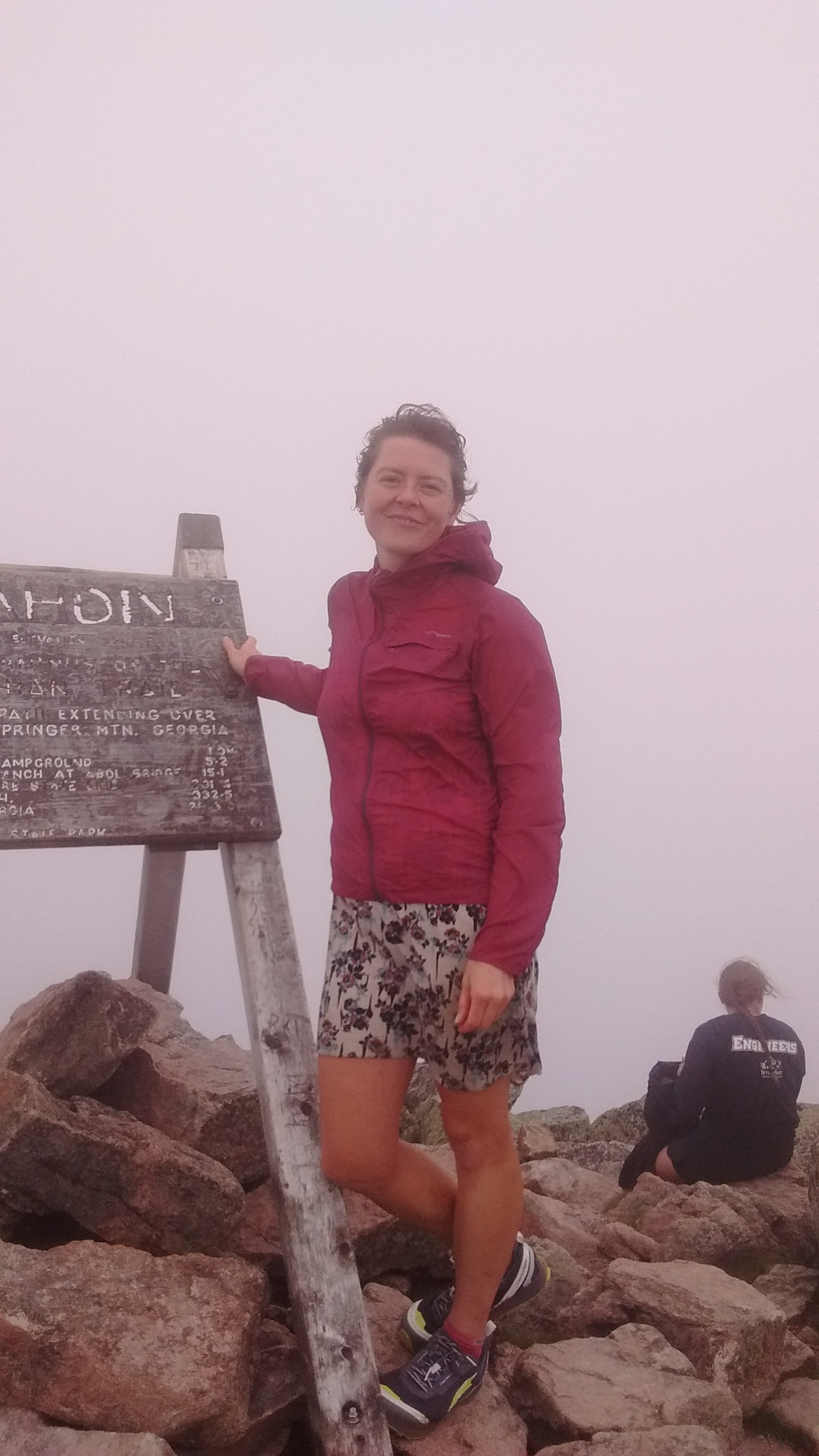 Anish began her FKT attempt of the Appalachian Trail from Mount Katahdin on August 1, 2015. Photo courtesy of Heather Anderson.

Better known by her trail name, “Anish,” Heather Anderson has held FKTs for the Pacific Crest Trail, Appalachian Trail, and Arizona Trail. She is a Triple Triple Crowner (meaning she’s hiked all three of the country’s major long trails three times each) and most recently, she completed a Calendar Year Triple Crown, a title she shares with just five other people.

Before Anish found thru-hiking, before she even found the name Anish, she was Heather, an unhappy kid who always felt different. “I grew up having really low self-esteem,” she says. “Not feeling like I was capable of anything…especially when it came to athletics. My life really began with Anish, began with hiking because that’s when I found something I enjoyed.”

When Anish looks back on herself before thru-hiking, she tries to look back with gratitude because “that person didn’t give up on their dreams and didn’t accept all of the labels and the beliefs that people tried to put on her…she was able to walk those off and find out new truths about herself.”

Days after graduating college in 2003, Heather headed to Springer Mountain in Georgia for a northbound thru-hike of the Appalachian Trail. She had $500 to her name, no sleeping bag, no rain jacket, and no tent. She did have, as she puts it, “an incomprehensible ability to suffer.” That hike, completed in four months instead of the six it takes most people, would birth the name Anish and mark the beginning of a new life of continuously pushing herself beyond what seems possible.

When asked what keeps her going back for more, Anish credits the same instinct that drew her to thru-hiking in the first place. “It’s a deep curiosity of what I’m capable of doing and what’s out there to be seen,” she says. “When I first started hiking, I never wanted to stop for the day because I was so curious about what was next.” 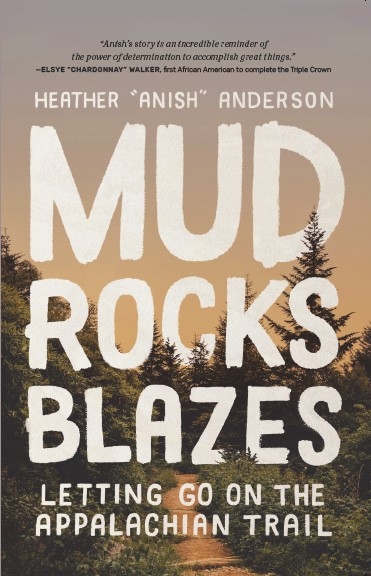 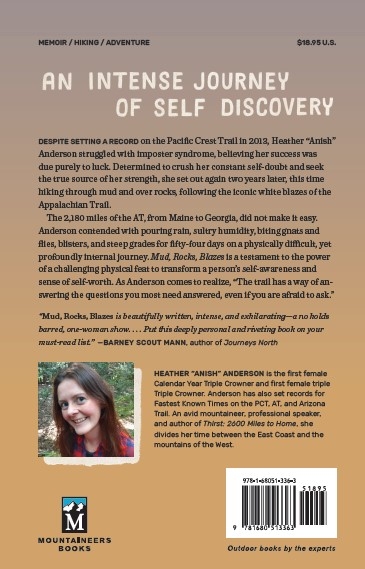 Anish’s latest book is a memoir recounting her 2015 FKT of the Appalachian Trail and her first thru-hike along the same trail in 2003. These dual stories follow Anish, a trained and tested endurance athlete speeding southbound along the AT and her younger self, inexperienced, ill-equipped, but with the same boundless motivation making the same trek northbound from Georgia to Maine.

Over the course of Anish’s record-setting hike, she looks to her younger self for motivation, recalling the dollar store gear, Pop-Tart diet, and lost toenails from her first hike. “Here I was in high-tech gear, comfortable footwear, and over a decade of experience under my hip belt,” she writes, “and yet I was lying in the mud and rain, bawling.”

Young Anish has the familiar attitude of a 21-year old who can’t be told to slow down. “What would my younger self have said if she saw me sitting here crying simply because I was tired?” Anish wonders. “I smiled—I knew exactly what that girl would have said: Suck it up, buttercup.” 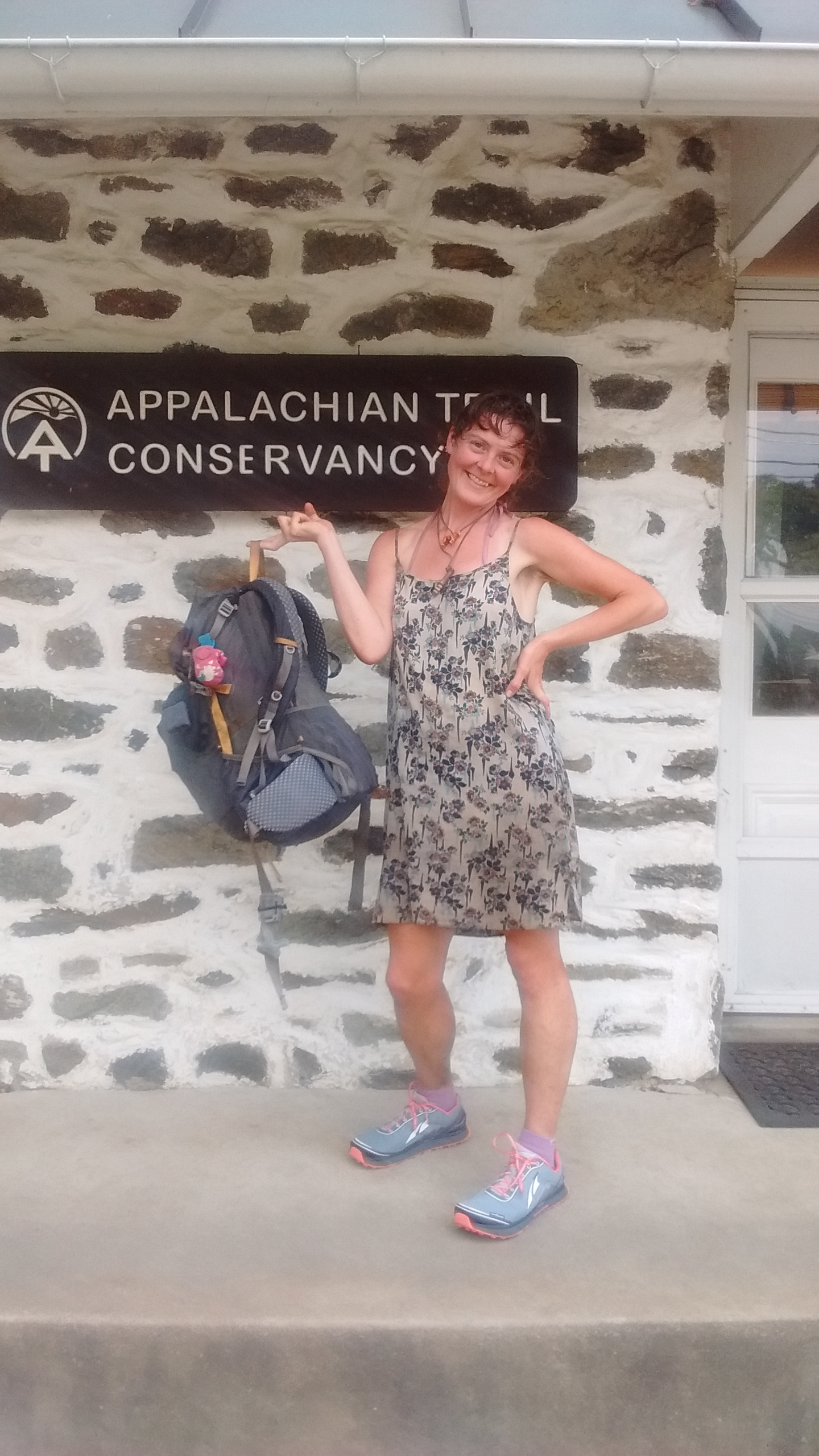 In reading Mud, Rocks, Blazes, it’s clear that the DNA of an endurance athlete has lived inside Anish from the beginning. When a stranger asks 21-year-old Anish why she is attempting to hike all of Connecticut—50 miles—in a single day, she simply responds, “I want to know if I can do it.” It’s that same motivation that pushes Anish day after day during her record-setting southbound hike twelve years later.

Any thru-hiker knows that having a compelling “why” for your hike is essential to success.

“Most of the time everything’s hunky-dory,” Anish says, “but when it gets awful and you ask yourself, ‘what am I doing here?’ If you don’t have an answer, you’re a lot more prone to quit.”

Anish knew at the start of her Appalachian Trail FKT that she was seeking answers about who she was. “I hope the answer is somewhere between here and Springer Mountain,” she thinks to herself as she stands at the top of Mount Katahdin at the beginning of her hike.

When Anish first attracted media attention after her record-setting thru-hike of the Pacific Crest Trail in 2013, she decided to tell her story with honesty and vulnerability. “It’s easy to stand up in front of a crowd and say, ‘I’m a badass and here’s what I did and it’s easy’,” she says. “But I knew that wasn’t true.” Instead, Anish committed to telling the whole and sometimes ugly truth about her experiences. She told people that setting a self-supported speed record is hard but she did it anyway, and anyone can do something big if they put their mind to it.

Giving people permission to dream big was the central goal of Anish’s first book, Thirst: 2600 Miles to Home, a memoir about her Pacific Crest Trail FKT. But she hopes readers take something different away from Mud, Rocks, Blazes. “You’re enough as you are,” she says. “Whether your dreams are successful or not, you are enough by yourself and you’re worthy of everything.”

It’s a sentiment that Anish still has to remind herself of as someone who’s been plagued by imposter syndrome her whole life. “It’s a tendency that always wants to come back,” she says. “But now when I start having those thoughts I can recognize them for what they are, just thoughts being brought about by all kinds of external factors and not the truth.” 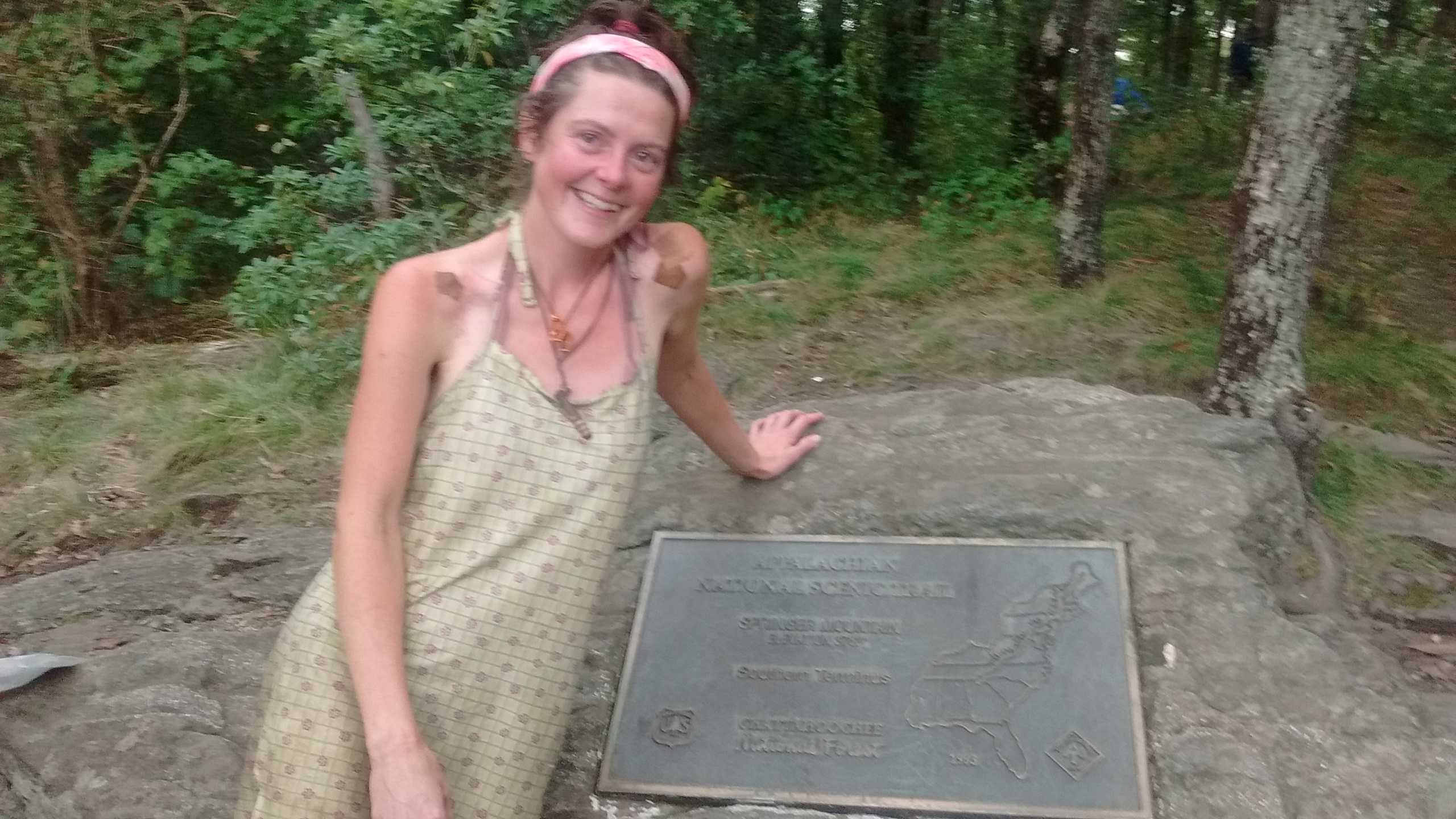 When Anish arrived at Springer Mountain, the southern terminus of the Appalachian Trail, in September of 2015, she could barely calculate how many days she’d been on the trail. Weary and broken, she sat back and accepted reality. Fifty-four days, seven hours, and forty-eight minutes. Four days faster than the previous record set in 2013 by Matt Kirk. She posted an update to her Facebook page, called her mom, and walked off the mountain alone.

If it seems superhuman, all it takes is reading her latest book to see that it’s actually something more impressive. It’s Anish, flesh, blood, and fully human walking in the woods, falling, getting back up, and walking some more, just like the rest of us.

Win a free copy of Mud, Rocks, Blazes: Letting Go on the Appalachian Trail by telling us in the comments why you want to read the book. See contest rules below: