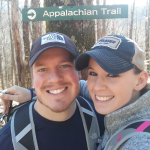 Mutant Genes and Outdoor Healing: Why and How I’m Thru-Hiking the AT

How Did I Get Here?

How did I go from being a high school teacher to a 30-year-old in what seems like a quarter-life crisis in need of a grand adventure? What drives someone to want to spend five or six months out in the woods? Everyone’s answer is going to vary based upon personal experiences and needs, but the one consistency is that there is something about the outdoors that seems to both heal and free the soul simultaneously. Call it what you will: existential awareness or spiritual transcendence. I want and need this time in the woods. But to back up just a bit, what put the idea in my head to hike the entirety of the Appalachian Trail southbound this coming summer?

Life Experience and a Love of the Outdoors

I have always loved being outside. I was the little girl that rejected Barbie outright in favor of the newest Nerf gun or baseball glove. I wore the term “tom boy” with pride, always had scuffed knees with grass stains (much to my mom’s chagrin), and preferred the sunshine on my skin as opposed to the fluorescent lighting of the house. I skipped all one-word statements as an infant and jumped straight to a very demanding “Open the door. I go outside” as I begged to be let out into the backyard. Yeah, outside has always been my playground, and that must have been why I was so devastated when that was taken away for a while.

When I was 24, I tested positive for the BRCA gene. This is a not-so-pleasant biological inheritance that threatens in the way of potential breast cancer at a rate of about six times greater than someone without the gene mutation. In other words, I have around a 70% chance of acquiring the cancer in my lifetime. Sucks. I know. All is not lost, though! My sister, Amy, happened to test positive for this gene too, so we both opted for a double mastectomy with reconstruction rather than rolling the dice and waiting to see if the gene would cause greater trouble down the road. The way we thought of it was, “Way less chance of cancer and some nice new shiny boobs constructed at a size of our choosing!” We even considered asking for the upgraded “machine gun jubblies” as seen in Austin Powers, but decided not to press our luck.

To make a long story short, what should have been two surgeries and about two to three months of recovery turned out to be nine months of recovery and five surgeries after a few complications. Thankfully, that was not the case for Amy. While I struggled to heal, I remained relegated to the couch or bed much of the time, and even felt like less of a woman for a while. Prior to this, I had been in some of the best shape of my life, and now I was watching myself, or who I thought I was, seemingly fade. While I don’t know what I would have done without the support of my family and friends, particularly my mom and my husband, Brian, I was still struggling to remain positive. By the time all the surgeries were over, I was desperate to get outside and as far from the house as I could.

I began going on hikes, often alone if Brian couldn’t accompany me due to work. By this time, I was in my first year of teaching, and the compounded stress of the surgeries and that first year of teaching had me pointing my car in the direction of the North Georgia mountains nearly every weekend I could get away. I didn’t know why, but every time I found myself outside in those Appalachian Mountains, it felt like I was waking up physically, mentally, and spiritually. I’m not too religious, but all I can say is it felt like standing in the presence of God with every trip I took. And slowly, I felt I was healing.

These small trips were soon followed by trail runs and first backpacking trips with Brian. I had no idea what I was doing on those short overnight stays in the woods, but I loved it and learned from every strain and blister. Soon, I wanted to start pushing myself further with my physical pursuits, so we began going on more hiking trips and even training for the Tough Mudder obstacle course run, which helped me get my pectoral muscles, which were shot at this point, back into shape. As the months ticked by, I felt myself continuing to come alive and somewhere in my online research of backpacking trails in Georgia, I stumbled upon the idea of a thru=hike of the entire trail. And all hell broke loose (in the best way ever). 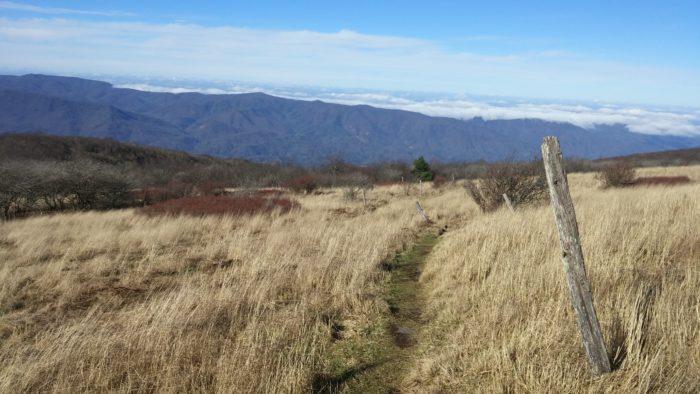 Almost immediately I became fascinated. If you’re reading this, you probably already know what I’m talking about. I began watching videos on YouTube, stumbling across Dixie of Homemade Wanderlust as she attempted her first thru-hike. I began reading books on the AT and anything thru-hiking: A Walk in the Woods, Thru Hiking Will Break Your Heart, Walkin’ on The Happy Side of Misery, Just Passin’ Thru, and of course, Appalachian Trials by the one and only Zach Davis. While I was beyond fascinated with the concept of a thru-hike, I wasn’t sure that this was in the cards for me. I had a career, Brian had a career, we had a house, car payments.How could I work all of that out to go trouncing happily through the woods?

And while I first tried to push this idea away, it ate at me. It remained in the recesses of my mind, it called out to me, it even felt as though it were mocking me as I taught Ralph Waldo Emerson’s Self-Reliance and Nature: works that pose the idea of rejecting societal expectations while using nature to find your truest self. Finally, on a trip to North Carolina, Brian and I day hiked up Big Bald Mountain, and it all just seemed to fall into place. I sat down on the top of this mountain looking over the landscape, rejoicing in the revelry that was to me God’s grace. My eyes traced that “footpath through the wilderness” as I watched it shrink and disappear beyond the hills, taking my heart with it. I had to turn back that day, but in that moment, I vowed to myself that I would come back. I would go beyond those hills, and beyond the next. I would see everything there was to see, and do everything in my power to do it.

The Best Decisions Are Made Over Good Beer

I had begun to put the idea out to Brian, who seemed at first a little hesitant. It was daunting. Five or six months? How many miles? I didn’t care; I just kept bringing it up. One night, we decided to grab some beers after work and drove to our favorite watering hole: Terrapin Beer Company. As a side note, if you haven’t already had some of their stuff, happen to live on the East Coast, and also happen to love IPAs, go to your local grocery store now. I’ll wait. Go now. After a few samplers, I broached the subject again. “What do you think of this thru-hike?” I asked him, eyebrow cocked.

His smile faded and took on a more serious note as he looked me straight in the eyes. “Lauren, we will go. I’ve got one more year here in Athens and then another for training somewhere else. After that, we will go together. I promise you.” He sat back with a smile and we sealed the deal with the clinking of beer glasses. 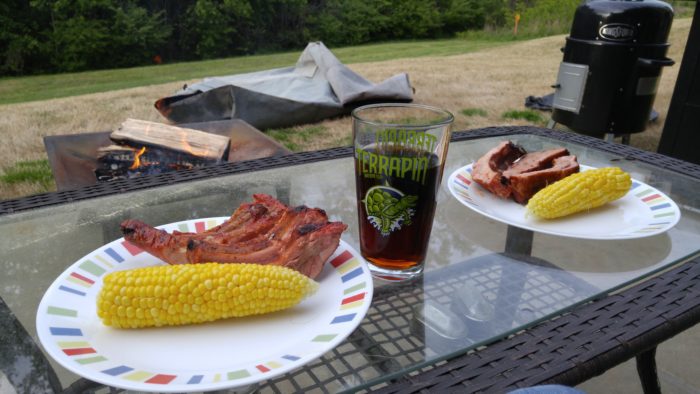 That was nearly three years ago. Waiting that length of time has been liking asking a seven-year-old to wait three years for Christmas morning, but it has also had its benefits. Since then, we’ve gone on a few weeklong backpacking trips, including the first 100 miles of the AT from Georgia. We’ve been able to sell the house, downsize considerably, pay off the cars, and get our packs down to  respectable 11.5 and 13 pound base weights. We have a better idea of what works for us when hiking, and we’ve continued growing together as a couple through that time. Once Brian finishes up his last year of training coming up in late June, we will be hitting the trail July 6 at Baxter State Park.

I have no qualms that this will be easy or that every turn will have a view. Of course, I’m also looking forward to the fact that this is a challenge, knowing full well that I am capable of making this. I know I can do it. I know Brian can do it. We’re weird, stubborn asses that enjoy pain in the name of fun and look for that which will provoke us in the greatest way possible. Maybe life, along with all its trials and glories, has pointed us in the direction of one of our most epic challenges and adventures yet. I can’t wait to start hiking home. 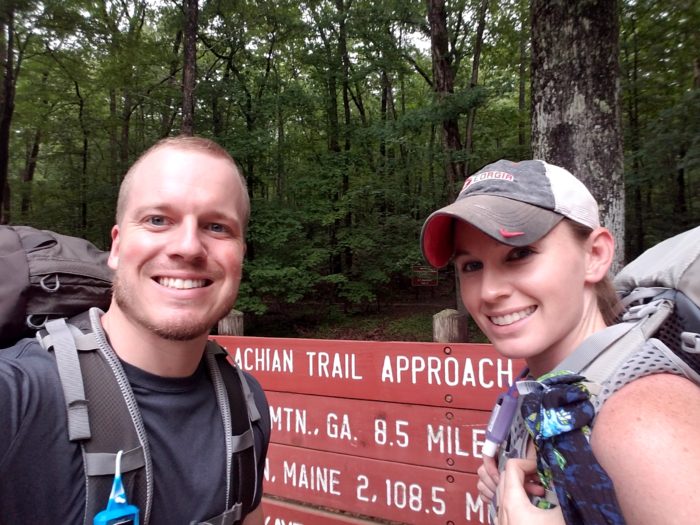 My name is Lauren, and I am a Georgia native currently residing in Lexington, Kentucky awaiting my future dream of hiking the Appalachian Trail southbound beginning July 6th! I will be accompanied by my best bud and husband, Brian. We both love backpacking and spend as much time as we can outdoors. Besides hiking, we enjoy long runs, great beer, awesome bourbon (thanks Kentucky), and epic adventures. We spent our twenties doing the "grown up" thing. You know, getting careers, buying a house, and paying bills... We're ready to go play in the woods for a while.